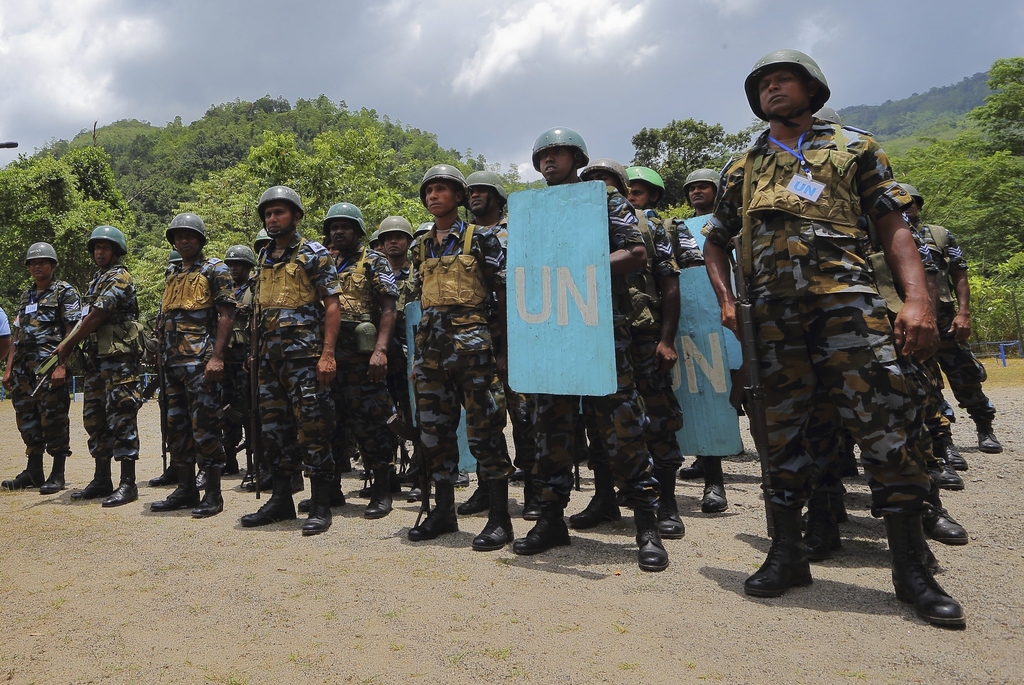 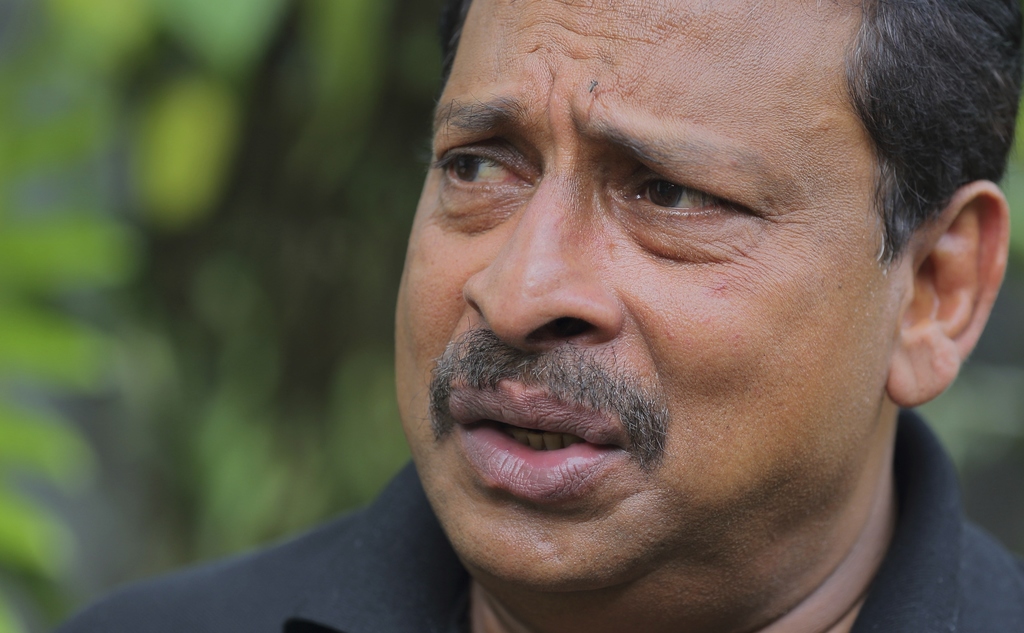 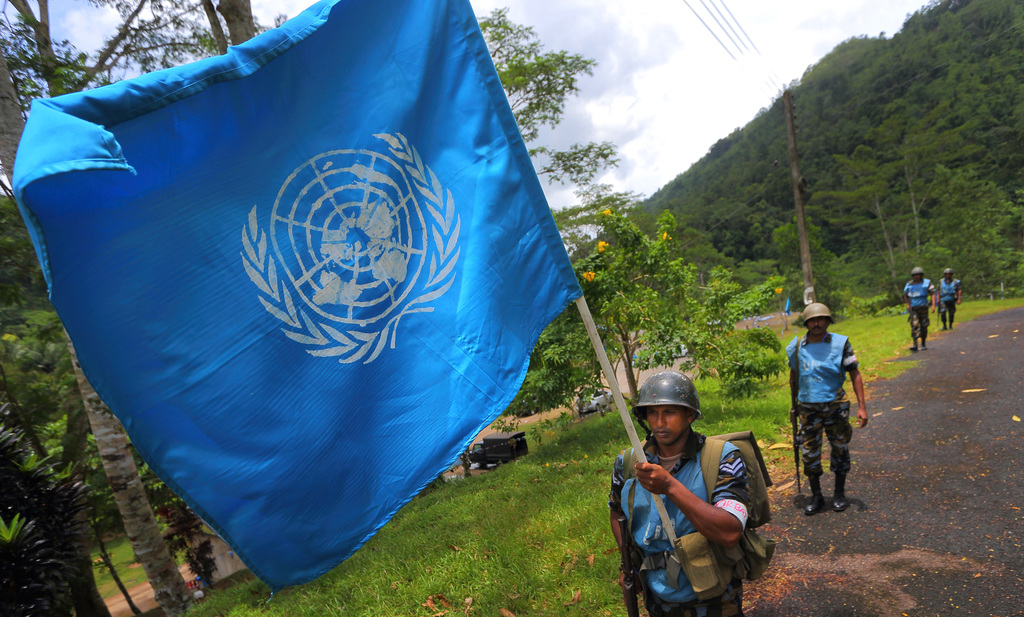 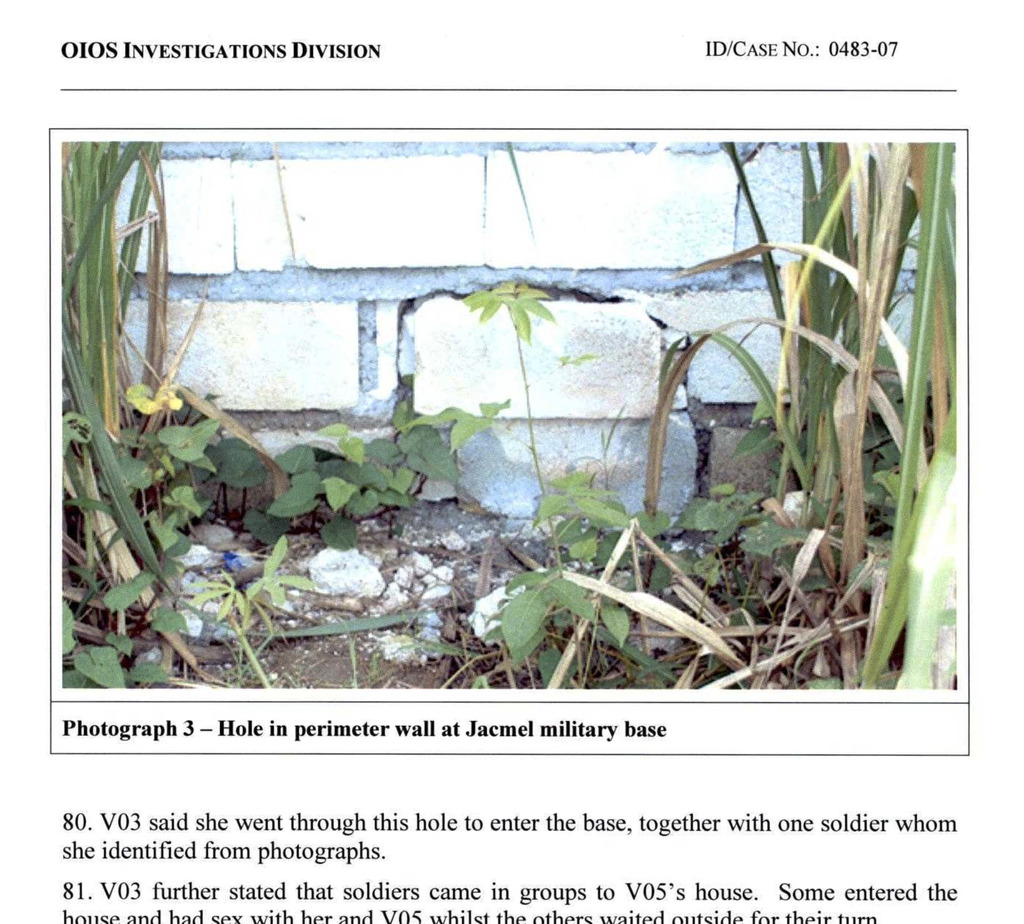 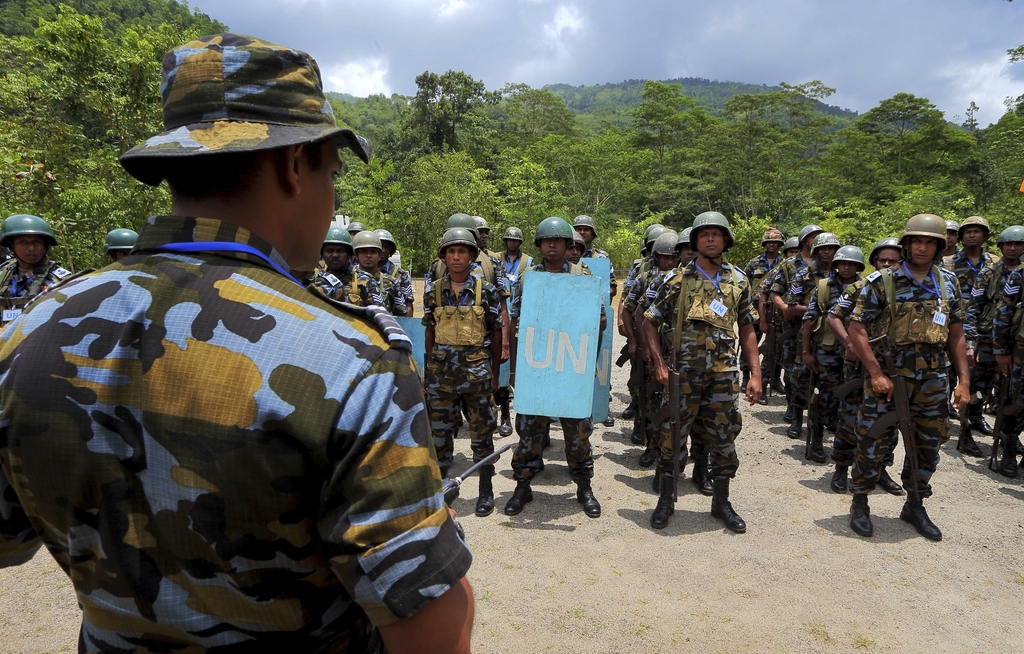 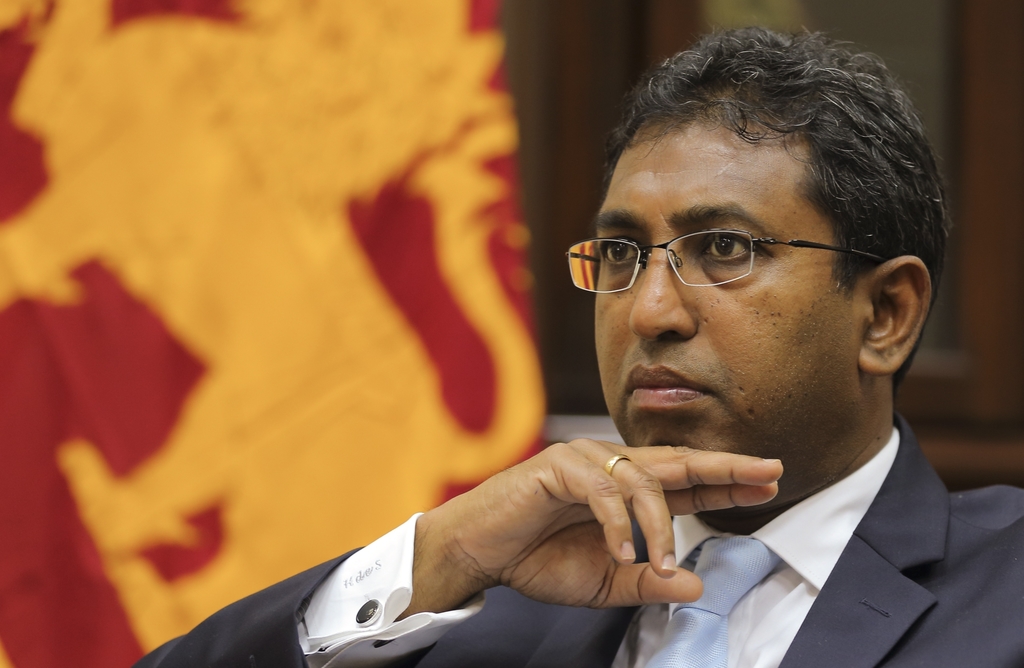 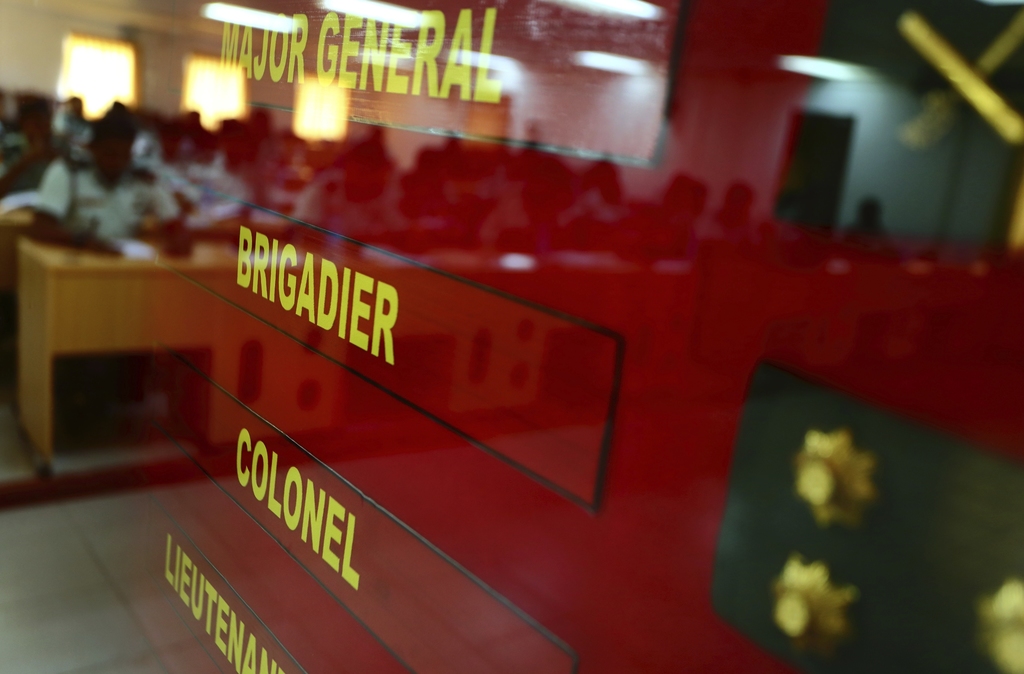 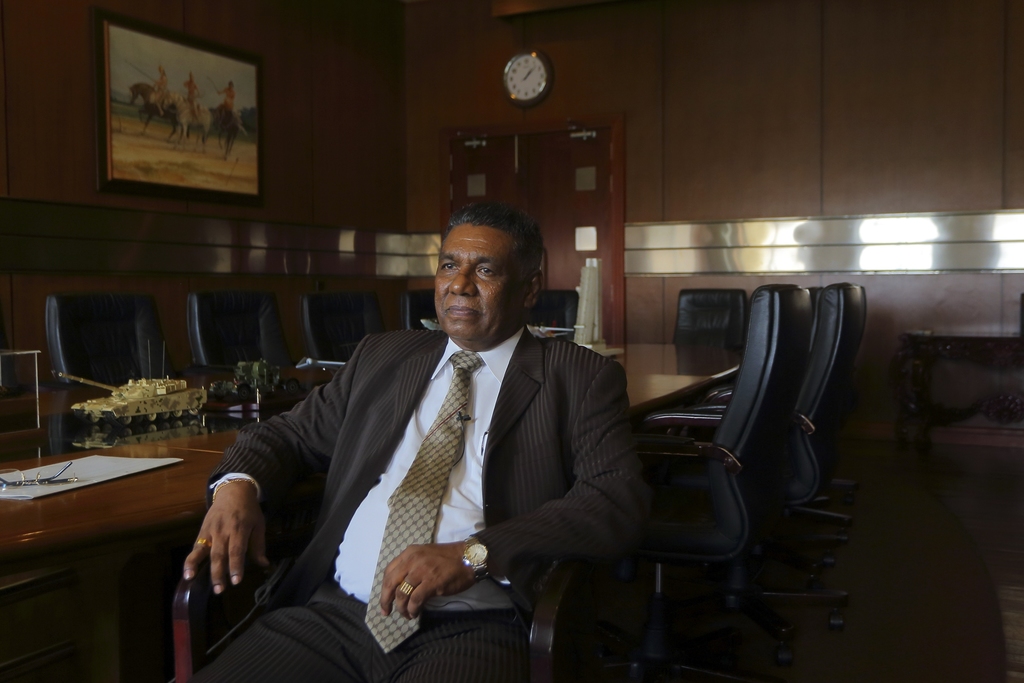 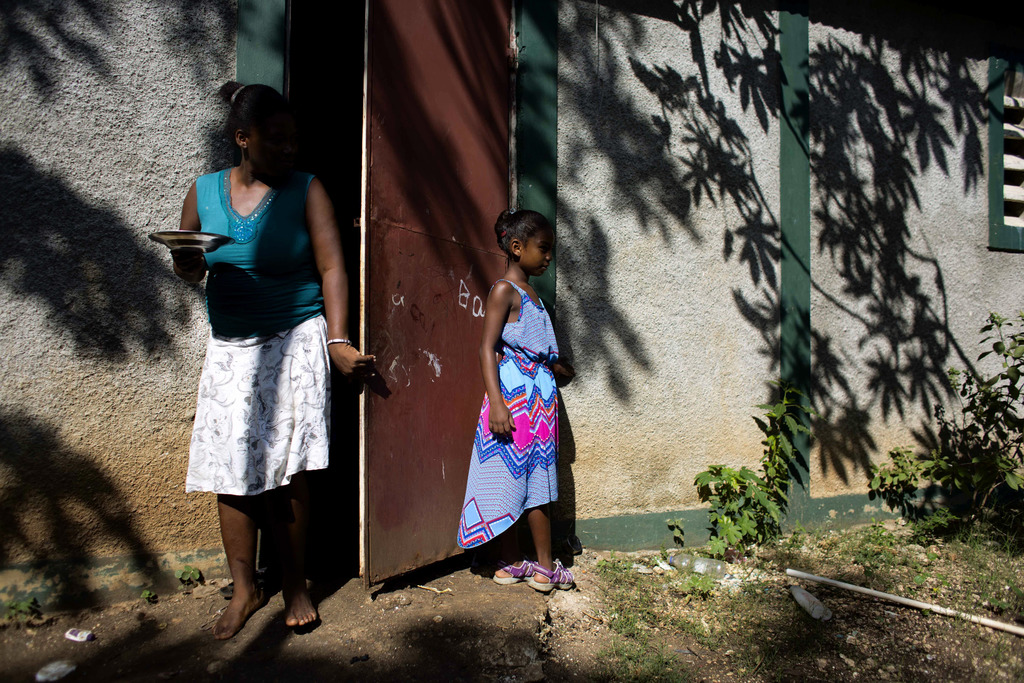 COLOMBO, Sri Lanka (AP) — When a Haitian teenager alleged that she had been raped and sodomized by a Sri Lankan peacekeeper, the government here dispatched a high-ranking general suspected of war crimes to lead the investigation.

He didn't interview the accuser or medical staff who examined her, but he cleared the peacekeeper — who remained in the Sri Lankan military.

"A suspected war criminal is the wrong person to conduct an investigation into alleged crimes committed by a peacekeeper," said Andreas Schuller of the European Center for Constitutional and Human Rights, a Berlin-based group that helped launch the complaint.

It wasn't the first time that accusations against Sri Lankan peacekeepers were swept aside. In 2007, a group of orphaned Haitian children identified 134 Sri Lankans who gave them food for sex in a child sex ring that went on for three years, an Associated Press investigation found.

In that case, which was corroborated by U.N. investigators, the Sri Lankan military repatriated 114 of the peacekeepers, but none was ever jailed.

In fact, Sri Lanka has never prosecuted a single soldier for sexual misconduct while serving in a peacekeeping mission abroad, the AP found.

A culture of impunity that arose during Sri Lanka's civil war has seeped into its peacekeeping missions. The government has consistently refused calls for independent investigations into its generation-long internal conflict, marked by widespread reports of rape camps, torture, mass killings and other alleged war crimes by its troops.

Despite those unresolved allegations, the U.N. has deployed thousands of peacekeepers from Sri Lanka. This is a pattern repeated around the world: Strapped for troops, the U.N. draws recruits from many countries with poor human rights records for its peacekeeping program, budgeted at nearly $8 billion this year.

An AP investigation last month found that, in the past 12 years, an estimated 2,000 such allegations have been leveled at U.N. peacekeepers and personnel.

Many of today's 110,000 or so peacekeepers come from unstable and violent countries. Congolese troops, for example, also have been accused of rape, torture and killings during the longstanding war in their country; as peacekeepers, they have faced allegations of sexual abuse and exploitation.

Robert O. Blake, who served as the U.S. ambassador to Sri Lanka from 2006 to 2009, was one of many officials who pressed the Sri Lankan government for more transparency into alleged wartime abuses. As for the peacekeepers, he said, "You are there to keep the peace. If they themselves are guilty of atrocities, clearly they are not suitable candidates for peacekeeping operations."

Eight years after Sri Lanka's war ended in 2009, people who have fled the country are increasingly coming forward to give horrific accounts of camps where they say they were gang-raped.

One woman said in testimony shared with the AP that she was kidnapped by masked men, taken to what she believes was an army camp, and repeatedly raped.

One of her tormentors was brought to the room she shared with four other women. "He was asked to take his pick," she told the International Truth and Justice Project. "He looked around and chose me. And took me to another room and raped me."

She identified him from a series of photographs. The AP found that the soldier, an officer, went on to become a U.N. peacekeeper.

During the last months of the civil war that ended eight years ago, Maj. Gen. Jagath Dias led an army division whose troops were accused of attacking civilians and bombing a church, a hospital and other humanitarian outposts. Nevertheless, when a teenager said she was raped by a peacekeeper in Haiti, Dias was dispatched to investigate the 2013 case.

In an interview in the garden of his mother's home here, he explained the charges were groundless, even though he never interviewed the woman. He also flatly denied the allegations of war crimes at home, telling AP that his 57th Division only targeted areas where rebels were firing on troops.

Yet evidence presented against Dias by two human rights groups in Europe led authorities to threaten a criminal investigation in 2011 while Dias was serving as a deputy ambassador to Germany, Switzerland and the Vatican. He was soon recalled to Sri Lanka, where he was later promoted to army chief of staff — the country's second-highest military post. He retired a few months later and now runs a private security business.

Dias described the barrage of allegations against Sri Lanka's soldiers as unfair.

"If a soldier has raped a woman, he should be court-martialed, no doubt about it," he said. "But where is the evidence? Allegations are just allegations."

Dias also said the sex ring charges in Haiti were likely invented to damage Sri Lanka's reputation abroad — even though the U.N. corroborated the stories of the nine children, one of whom was 12 when peacekeepers started giving her food for sex. Another victim, a teenager, said he had sex with 100 peacekeepers.

"None of the cases was, to my knowledge, serious at all. And none of the soldiers was ever prosecuted," Dias said. "We didn't find any person guilty on those accusations, right?"

Why would the U.N. rely on a country with Sri Lanka's history of abuse allegations, both in its civil war and its peacekeeping missions?

"Sometimes," former Secretary-General Kofi Annan told AP, "the U.N. needs troops. And they are so desperate that they accept troops that they will normally not accept if they had the choice."

Daigle reported from Sri Lanka and Dodds reported from London, Geneva and Haiti. Associated Press writers Edith M. Lederer and Bradley Klapper at the United Nations and Krista Larson in Congo contributed to this report.

A longer version of the story can be found here .