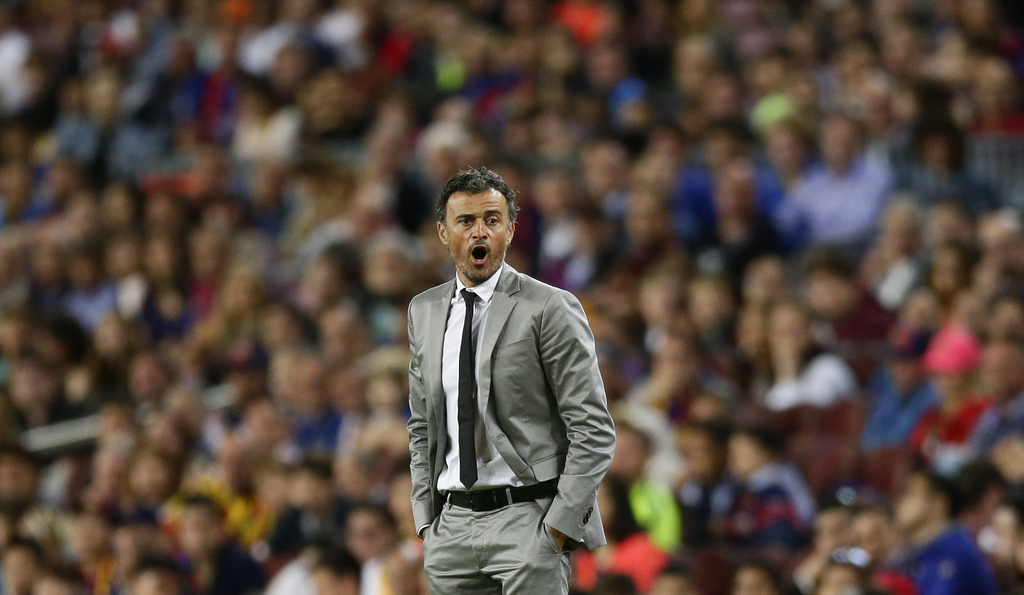 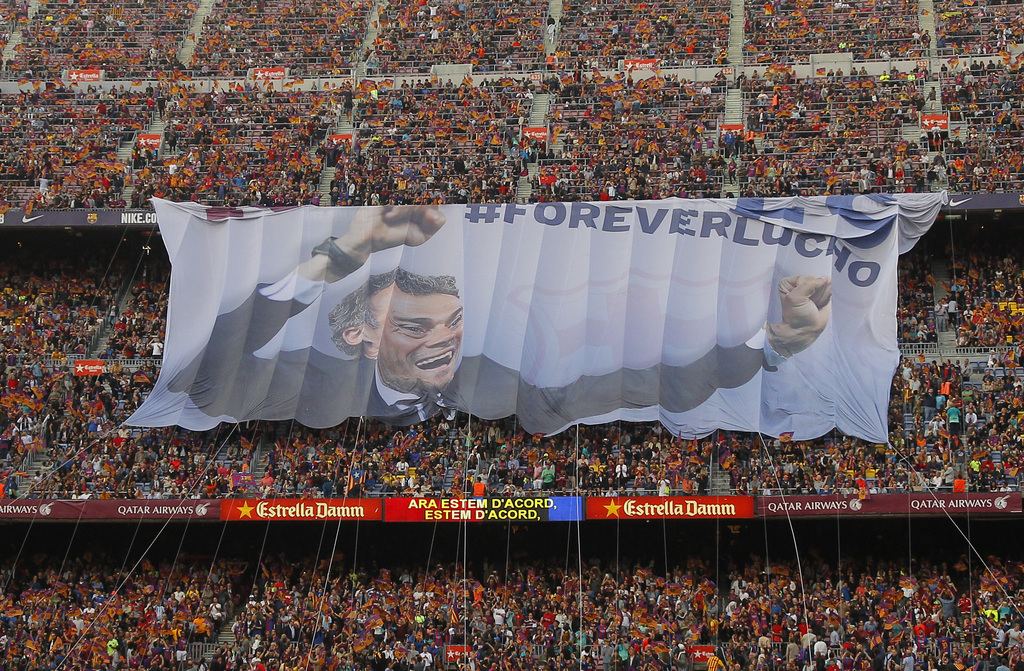 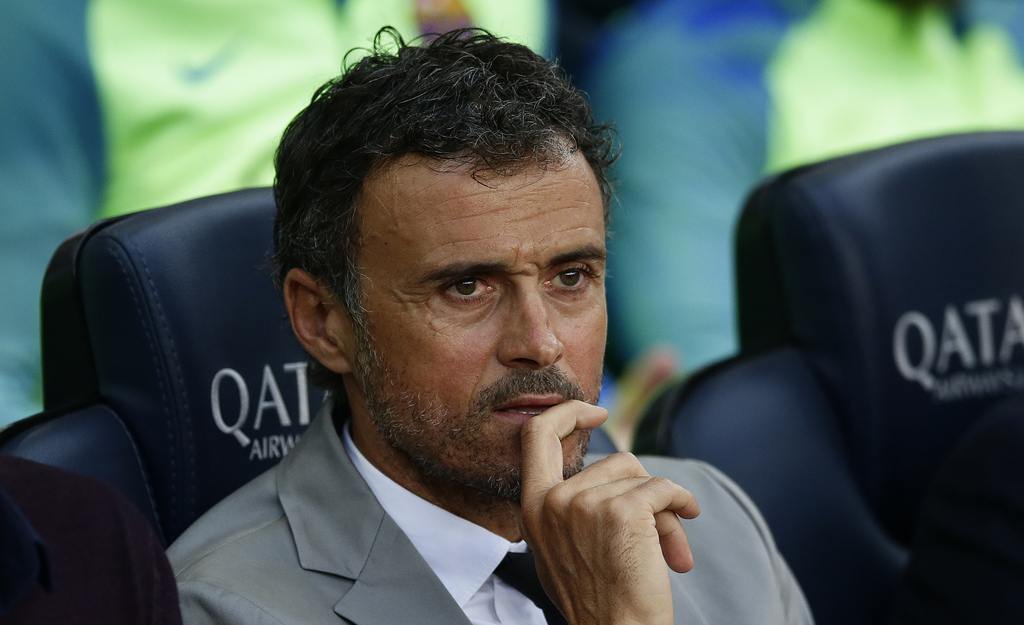 MADRID (AP) — Luis Enrique is finally saying goodbye to Barcelona, with one last chance at a trophy.

The Luis Enrique era in Barcelona ends after the Copa del Rey final against Alaves on Saturday, when the coach could cap his three-year stint with a ninth trophy out of a possible 13.

It would be a fitting farewell for him nearly three months after his surprise announcement that he was leaving.

"It would be a special title," Luis Enrique said.

The former Barcelona midfielder has won nearly everything as the coach, since replacing Gerard Martino in 2014.

He led the team to the treble of the Spanish league, Copa del Rey, and Champions League in 2015. He achieved the league-Copa double in 2016, and began this season with the Spanish Super Cup title, their only trophy so far.

It hasn't been Luis Enrique's best season with Barcelona, which was eliminated in the quarterfinals of the Champions League, and lost the Spanish league to Real Madrid last weekend.

"I'm happy and more than satisfied for all the years that I've enjoyed with this club," the 47-year-old Luis Enrique said.

He announced in March he was leaving so he could get some rest.

"I came here to be a leader and I've been one. I'm leaving when I think it's the best time to do it."

His other titles included the 2015 European Super Cup and the 2015 Club World Cup.

Barcelona has yet to lose a Copa del Rey home-and-away series since he took over, a run of 12 straight triumphs.

"We are all thankful for these three years (with Luis Enrique)," captain Andres Iniesta said. "We have to win one last title to finish the best possible way."

Alaves will be playing in the final of a major tournament for only the second time in its 96-year history. The other was the UEFA Cup 16 years ago, when it lost to Liverpool 5-4 in extra time.

Alaves' only winner's trophy is for Spain's second division. It was a promoted club in Spain's top division this season after 10 years in the lower divisions, including four in the third tier. It finished ninth in the Liga.

Alaves enters the Copa final boosted from having beaten Barcelona 2-1 at Camp Nou at the beginning of the season.

The coach touted to replace Luis Enrique at Barcelona is Ernesto Valverde, who left Athletic Bilbao this week. An official announcement is expected next week.