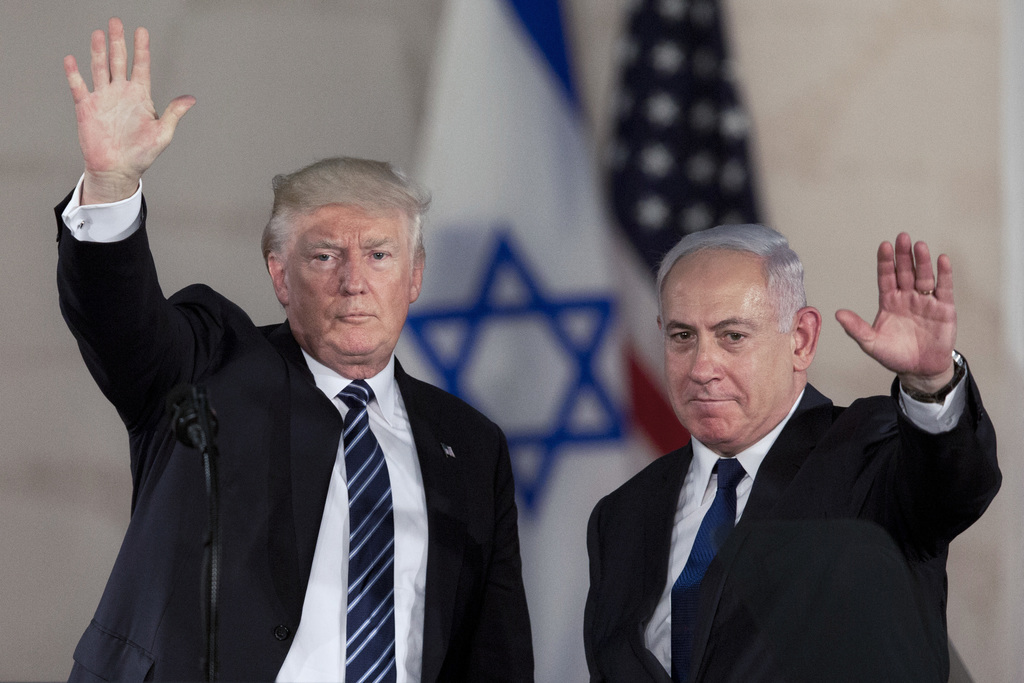 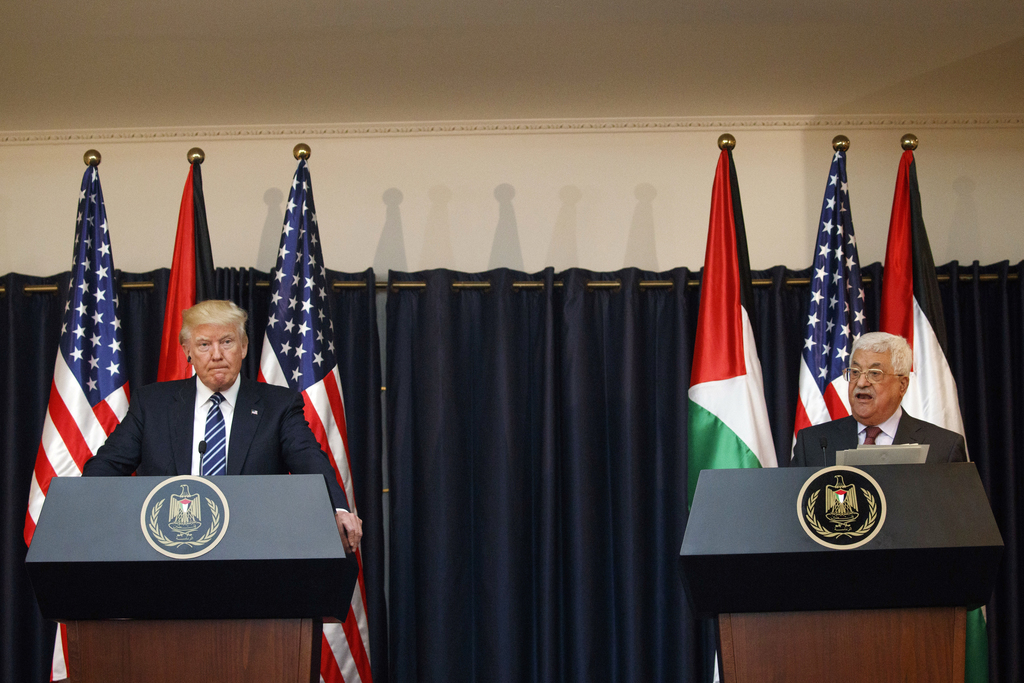 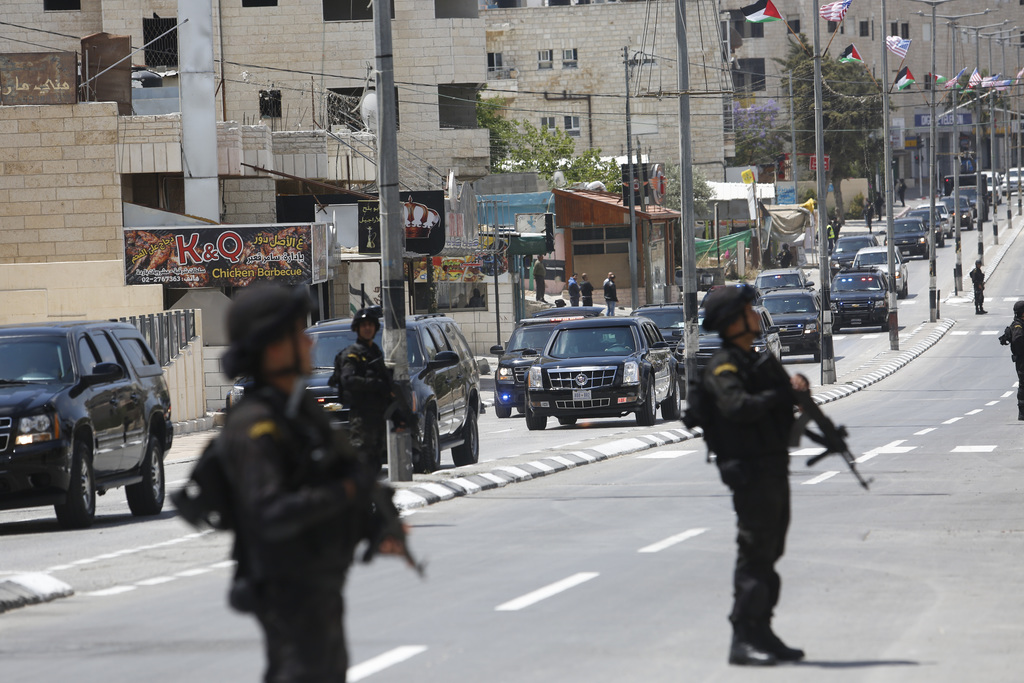 JERUSALEM (AP) — President Donald Trump showered his Middle Eastern hosts with praise and declared a breakthrough regional peace within reach. No one contradicted him, but behind the pageantry and politesse a wall of skepticism remains solidly intact.

It's often said that the contours of Israeli-Palestinian peace are well-known. And as Trump professed, much of the Arab world does seem ready to normalize relations with the Jewish state. But the obstacles that bedeviled industrious outside brokers for decades — including Barack Obama and John Kerry — have not been removed.

Trump did not outline his vision for getting around them, or even the process that might enable such a thing. And he asserted he wasn't here to impose and lecture, and that changes must come from the region itself.

It was a detail-free strategy that he has employed with varying success domestically, whether the issue is health care or tax reform. He avoided the key sticking points that scuttled talks in the past, ignoring the status of Jerusalem, Israeli settlement construction, borders or refugees — and did not even utter the words "Palestinian state."

Israeli political commentator Raviv Drucker said afterward that Trump's "understanding of the conflict is as deep as cardboard" and dismissed his ambitions as "almost charlatanism."

But politicians were attentive nonetheless and at times even gushing. Many in both Riyadh and Jerusalem seemed inclined to view Trump as stronger that Obama, and to welcome a realpolitik devoid of pesky humanitarian concerns.

The subtext seemed to be: reserve judgment and handle with caution.

Here's a look at where things stand:

Q: What is the current situation on the ground?

A: The Palestinian Authority, an autonomy government negotiated in the 1990s, controls pockets where most West Bank Palestinians live but which amount to less than 40 percent of the land. It also has lost control of the seaside Gaza Strip, which since 2005 has been free of Israeli troops and settlers, to Hamas militants.

Gaza is blockaded from the sea and air by Israel and its land borders are sealed and controlled by Israel and Egypt. Israel also controls entry and exit to the West Bank and travel within it, and the Palestinians there cannot vote in Israeli elections although Jewish settlers can.

Q: What are these widely envisioned contours of Israeli-Palestinian peace?

A: Peace efforts since 2000 were based on the same foundation: a Palestinian state in all of Gaza and the vast majority of the West Bank. Israel would keep some West Bank areas which contain most of its settlers and swap these for land in Israel proper. There was to be some sharing of Jerusalem. Palestinian refugees and their descendants could move to Palestine, but generally not to Israel, in order to retain its Jewish majority. It was generally assumed Israel would remove any settlers who live too deep inside the West Bank to be easily incorporated into Israel within a redrawn border — perhaps 100,000 of them.

Q: Why has no final peace deal been achieved?

A: Israel's maximal offer never quite touched the Palestinians' minimal demands. For one thing, dividing Jerusalem proved too difficult, considering Israel and Palestine will need a border but everyone wants the city to be open. The Palestinians, despite winks and nods, never formally renounced a refugees' demand to return to long lost properties, a non-starter for Israel. Continued Israeli settlement construction and occasional Palestinian violence further eroded trust.

Q: Where does the Arab world stand?

A: Egypt and Jordan have formal peace treaties with Israel and at least on the security front have increasingly tight relations. In recent years quiet cooperation has developed especially on the intelligence front with Saudi Arabia and other Gulf states — Sunni Muslim nations who like Israel see a threatening rival in the Shiite theocracy of Iran.

The Arab League recently reaffirmed a 15-year-old offer of regional peace in exchange for a total Israeli pullout from occupied lands. But bringing relations into the open has been contingent on the elusive Israeli-Palestinian deal.

Part of the complication is the deep resonance for Muslims of Jerusalem, home to the religion's holiest sites after Mecca and Medina in Saudi Arabia.

A: Absent the unlikely prospect of an electrifying Israeli-Palestinian breakthrough, they will be needed. One possibility is an interim settlement that gives the Palestinians a state in some of the land they seek. Perhaps a separate deal can be reached with the Arab world on Jerusalem only. Or incremental steps might build confidence: a settlement freeze in exchange for some normalization with the Gulf, or an expansion of the autonomous zones, or a partial removal of the blockade of Gaza. Israeli hardliners favor this "ground up approach," even though they oppose Palestinian independence. In theory, there is also the widely unloved possibility of a combined single state roughly equally divided between Israelis and Palestinians. To avoid that outcome, disastrous to the Zionist cause, perhaps Israel would abandon some lands unilaterally, rewarded by Arabs or Americans but not the Palestinians.

Q: Is there a Trump factor?

A: Both Israeli and Arab leaders seemed to respect Trump as a volcanic type of U.S. leader, disinterested in detail yet determined to deal, who should not be openly crossed or unwisely underestimated. That could be useful if the time comes to apply U.S. pressure in a way previous administrations hesitated to do.

This could apply to the Palestinians, if Trump wants to push something other than the classic two-state final peace deal.

He might also turn on Israel: Netanyahu, so clearly a friend and close to the Republicans, will have trouble ignoring him the way he did with Obama.

It may not come to that. Part of the problem has been Israel's distrust of Arab intentions and its trauma at being ostracized and accused of apartheid toward the Palestinians. Deputy Cabinet Minister Michael Oren, ex-Israeli ambassador to Washington, suggested Trump's extraordinary tenderness might actually move the needle: "The Israelis respond to love, not pressure."