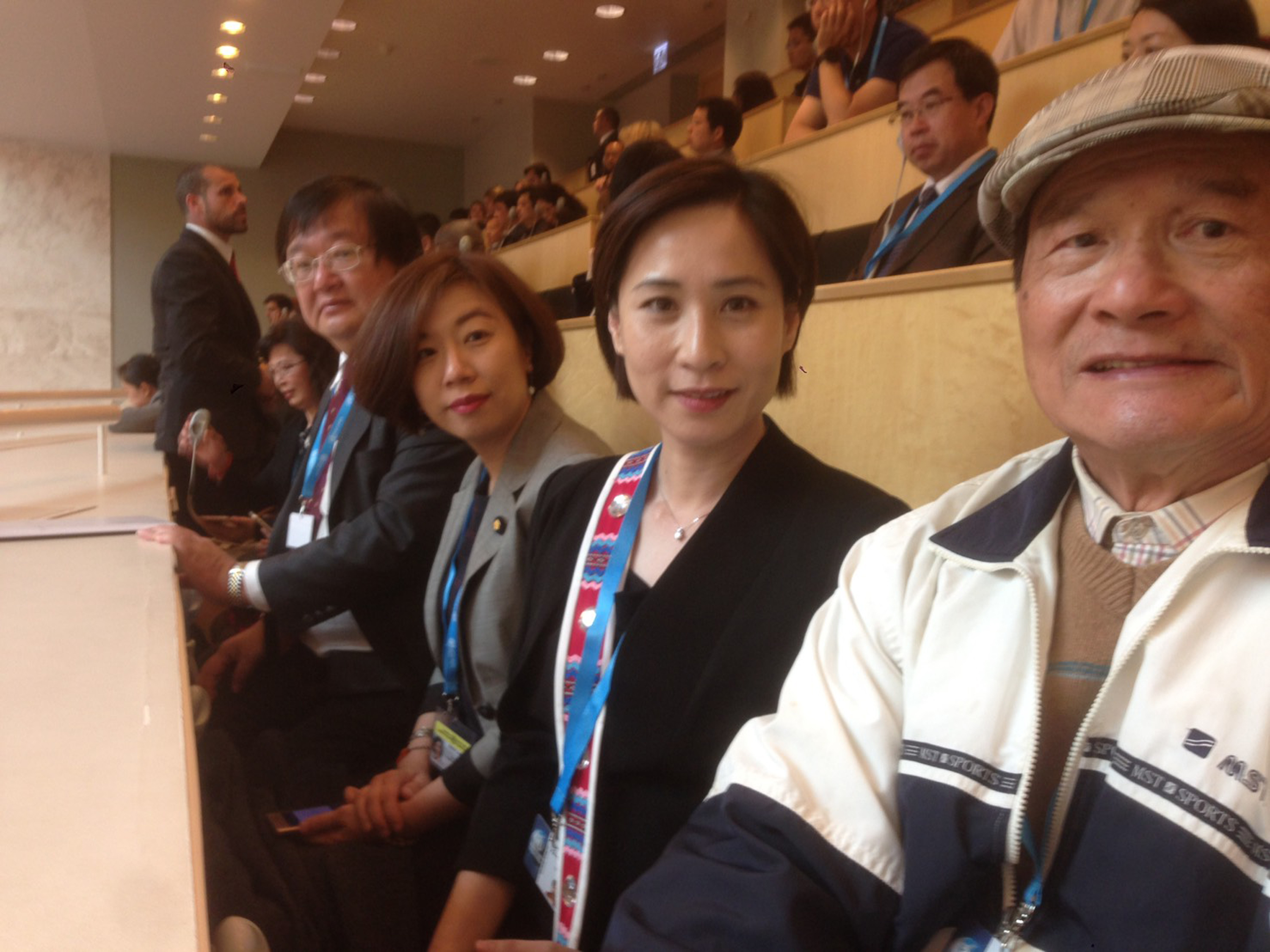 A total of 30 Taiwanese NGO representatives including, the International Pharmaceutical Students Federation (IPSF), the Young Men's Christian Association (YMCA) interns and other medical NGO representatives queued patiently to acquire a WHA observer pass at 5:00 AM on May 22, but were informed by World Health Organization authorities passes were unavailable, due to fewer passes being issued this year.

After patiently waiting in line and obtaining a pass, Taiwan Medical Association (TMA) Secretary-General Wang Bi-sheng (王必勝) claimed his observer status pass was confiscated by guards, who told them Taiwanese were banned from attending WHA this year.

At least five Taiwanese NGO representatives with observer passes were also asked to leave the venue, including Wang, and four members from The International Federation of Medical Students Associations (IFMSA).

After a long negotiation headed by IFMSA, the guards finally let Wang and other Taiwan NGO compatriots with observer status pass through.

In addition to NGOs obtaining passes on site, the Taiwan government obtained 10 observer passes through various diplomatic channels that were mostly reserved for legislators and diplomats.

Since her inauguration last May, Taiwan President Tsai Ing-wen has refused to accept the so-called 1992 Consensus, an oral agreement between Taiwan and China that states there is only one China but each side is free to interpret.

Cross-strait relations have turned icy since then, with China stepping up its oppressive measures against Taiwan's participation in international organizations.

On Monday, Chinese-language Liberty Times obtained a copy of an official letter sent by China to other countries requesting them not to support the attendance of "Taiwan Province" at the WHA.

Some countries including the U.S., Germany, and Austria have ignored China's demand and publicly backed Taiwan's attendance at the world's largest health event that takes place from May 22-31 this year at Geneva, Switzerland.