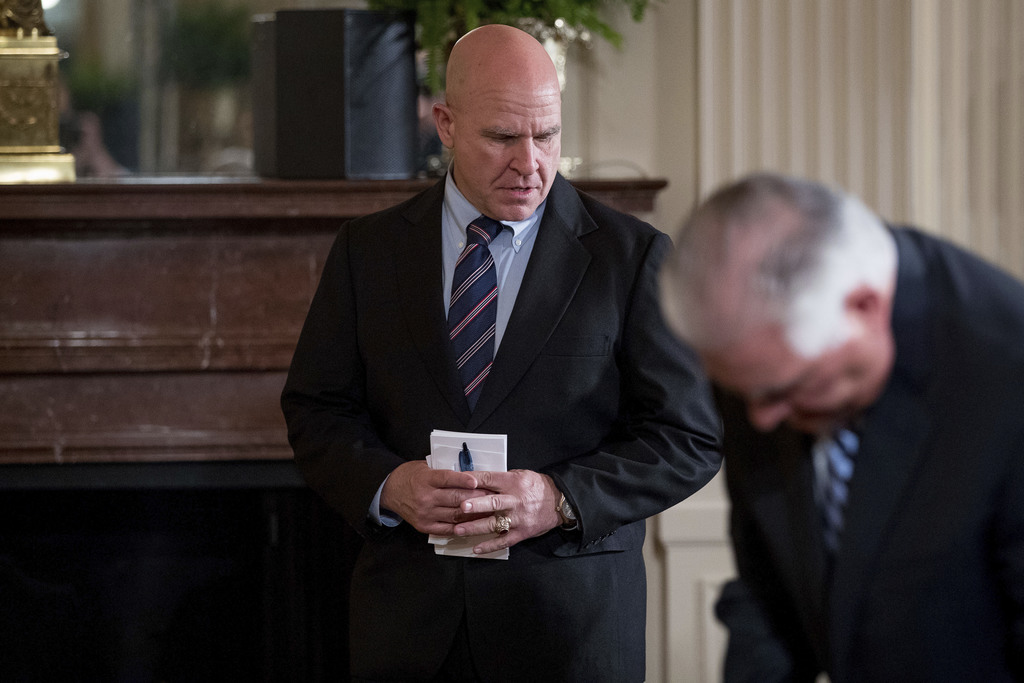 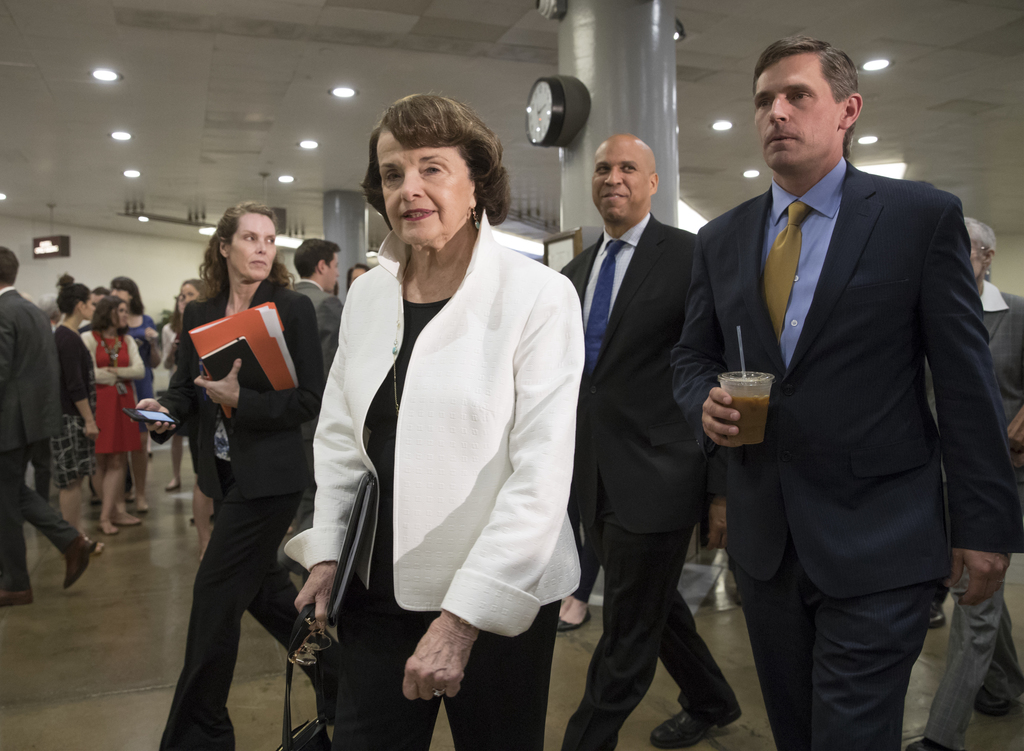 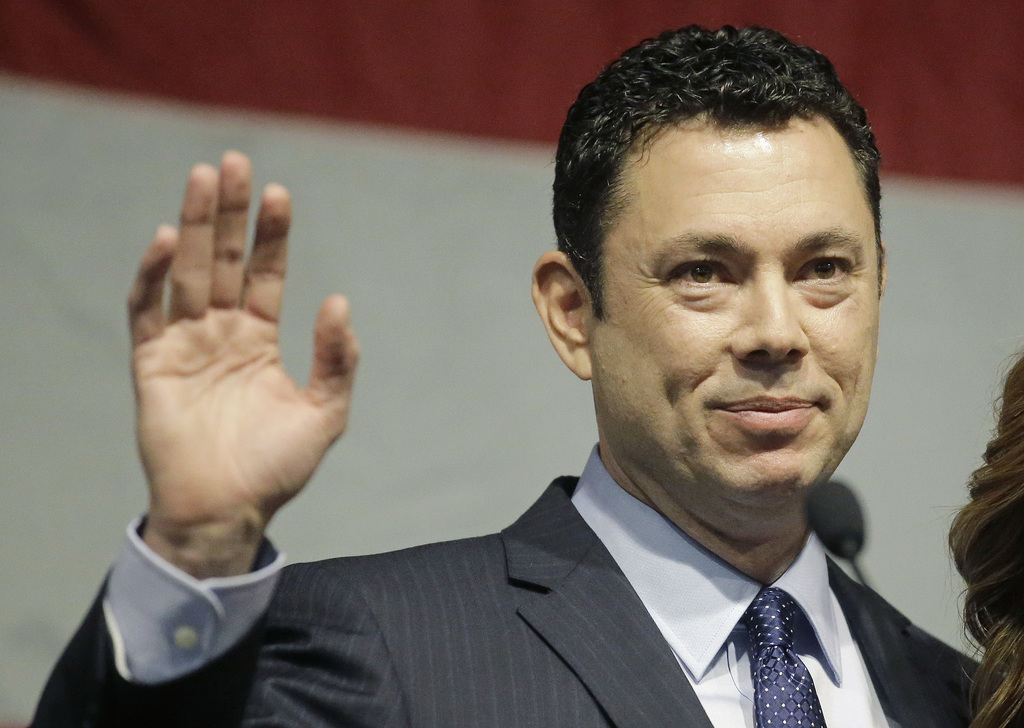 WASHINGTON (AP) — Members of key congressional committees are pledging a full public airing as to why former FBI director James Comey was ousted amid an intensifying investigation into Russia's interference with the U.S. election.

The probe appears to be reaching close to President Donald Trump and his inner circle.

In Sunday show appearances, both Republican and Democratic lawmakers said they will press Comey in hearings as to whether he ever felt that Trump tried to interfere with his FBI work. Others are insisting on seeing any White House or FBI documents that detail conversations between the two, following a spate of news reports that Comey had kept careful records.

Comey was fired by Trump earlier this month. The former FBI director agreed to testify before the Senate intelligence committee after the Memorial Day holiday.

"The American public deserves to know the answers," said Sen. Marco Rubio, R-Fla., a member of the Intelligence committee. "Did he keep these memos? What do those memos say? And why did he write it? And how did he feel? Did he ever feel like he was being put in a position where he couldn't do his job? There's no doubt that that's the questions that are going to get asked, and asked repeatedly."

The New York Times reported last week on a Comey memo indicating that Trump had urged him to drop an investigation into former national security adviser Michael Flynn. A second Times report said Trump also had told Russian officials in a closed-door meeting at the Oval Office that firing Comey "had relieved great pressure on him." The Washington Post, meanwhile, said a senior Trump adviser is now being considered a "person of interest" in the law enforcement investigation into whether Trump's campaign coordinated with Russia to sway the election.

"This cloud is impacting everything else," Rubio said, describing a number of questions, such as possible obstruction of justice, that are hanging over the White House. Asked if he wished for a bit less drama from the White House, Rubio described it as political reality, explaining: "People got what they voted for. "

The leaders of the House oversight committee, Republican Rep. Jason Chaffetz of Utah and Democratic Rep. Elijah Cummings of Maryland, also said they had many questions and would seek Comey's notes.

Chaffetz said he expects to speak with Comey on Monday and that if there are any notes of White House meetings, "we're certainly pursuing them."

"There have been so many lies, so many contradictions," Cummings said, adding that he expects parallel investigations from Congress to proceed fully after the Justice Department last week appointed former FBI director Robert Mueller as special counsel to head an investigation into possible Russian coordination with the Trump campaign.

Referring to the whole sequence of events leading to Comey's firing, Cummings said: "I think that there may be quite a few people that may have some problems with the law."

The White House has repeatedly insisted that a "thorough investigation will confirm that there was no collusion between the campaign and any foreign entity." It has not denied the Times report that Trump was critical of Comey to the Russians the day after he fired him. Instead, White House spokesman Sean Spicer has called the president's rhetoric part of his deal-making, contending that Comey had created "unnecessary pressure" on Trump's ability to negotiate with Russia on a range of issues.

"The president feels as if he is hamstrung in his ability to work with Russia to find areas of cooperation because this has been obviously so much in the news," said McMaster, who was present at the White House meeting.

Sen. Dianne Feinstein, a member of the Intelligence Committee, said she plans to press Comey regarding what was discussed with Trump about Flynn and whether he was asked by Trump to alter the FBI investigation. The California Democrat said public hearings should ferret out what has been a flurry of apparently contradictory comments by many of the people involved.

"I really think that rather than have all these memorandums and issues circulating around, that we need to put the facts before the American people," she said. "Did the president fire Comey because of his investigation and was he worried about what the investigation might conclude? If so, that borders on a very serious charge."

"And it's got to come from Director Comey himself," Feinstein said.