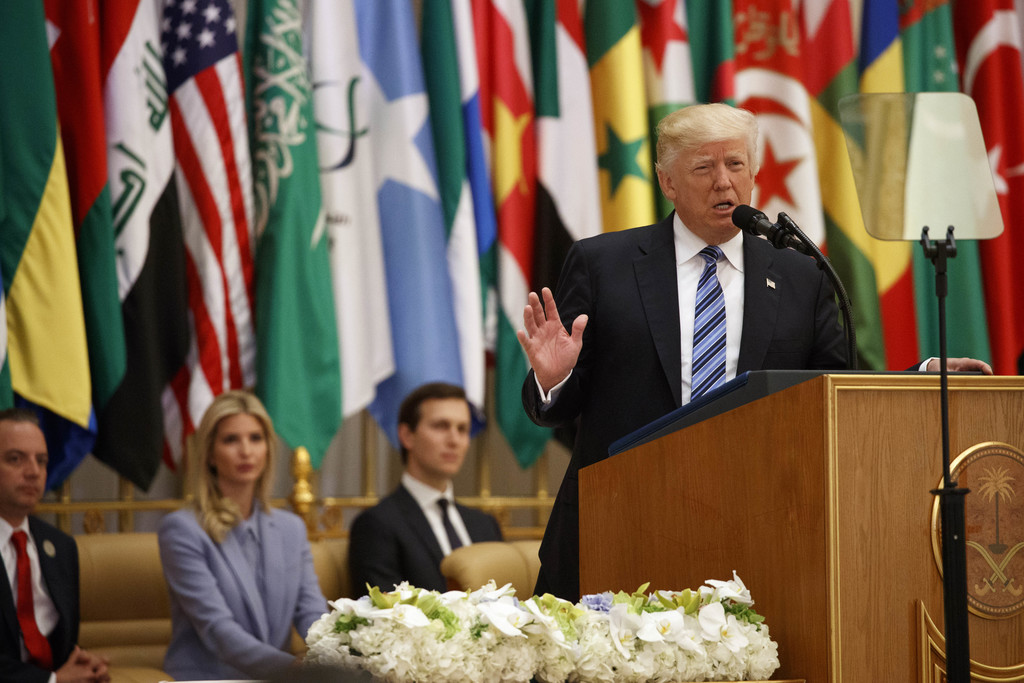 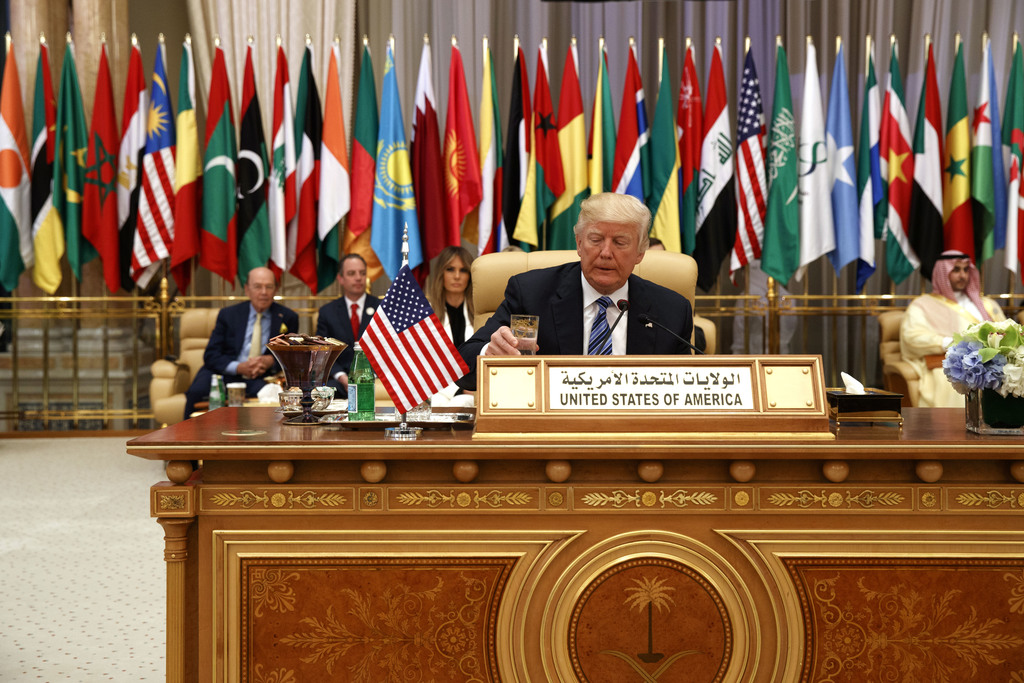 WASHINGTON (AP) — As a presidential candidate, Donald Trump railed against President Barack Obama for failing to utter the words "radical Islamic terrorism." He accused the foundation run by Bill and Hillary Clinton of corruption for accepting charitable contributions from Saudi Arabia and chastised first lady Michelle Obama for not covering her head during a visit to the Kingdom.

Now that he's president, Trump has changed his tune.

Trump's visit to Saudi Arabia, at the start of his first trip abroad as president, has produced a number of statements that run counter to the harsh, anti-Muslim rhetoric from his 2016 campaign. While many presidents adjust their commentary once they depart the campaign trail and travel abroad, Trump's speech to Gulf Arab leaders featured a much softer tone than his large-scale rallies last year.

Here's a look at the most glaring contradictions:

THEN: Trump routinely assailed Obama and Democratic campaign rival Hillary Clinton for failing to use the specific phrase, "radical Islamic terrorism." In an August 2016 speech, for example, Trump said Obama's 2009 speech to the Muslim World in Egypt lacked "moral courage" and was replete in naiveté. "Anyone who cannot name our enemy is not fit to lead this country. Anyone who cannot condemn the hatred, oppression and violence of radical Islam lacks the moral clarity to serve as our president," he said. Obama had declined to use the term because he said he didn't want to connect terrorist groups like the Islamic State to the religion of Islam. Clinton used terms like "radical jihadism" and "radical Islamism."

NOW: In his speech in front of more than 50 leaders of Arab and Muslim-majority countries, Trump called on Muslim leaders to address "the crisis of Islamic extremists" and referenced "the Islamists and Islamic terror of all kinds." But he failed to the use the phrase "radical Islamic terrorism." Trump spoke about the devastation that violent extremists have unleashed across the Middle East, but made clear that he believes it's up to leaders of those countries to act to contain the problem.

THEN: Trump declared in a March 2016 interview with CNN that, "I think Islam hates us" adding that, "there's a tremendous hatred there." It was just one of a series of inflammatory statements about one of the world's major religions that included a call to surveille mosques and ban all foreign Muslims from entering the U.S. "until our country's representatives can figure out what is going on." In an interview with Fox Business Network last March following a series of attacks in Brussels, Trump said, "we're having problems with the Muslims," adding, "You need surveillance, you have to deal with the mosques whether we like it or not."

NOW: Trump struck a far less caustic tone in Sunday's speech, noting that he chose to make his first foreign visit to the heart of the Muslim world and wished to "deliver a message of friendship and hope and love." He estimated that more than 95 percent of the victims of terrorism are themselves Muslim. And he described the fight against terrorism as "not a battle between different faiths" or "different civilizations" but a "battle against good and evil." Trump said young Muslim children "should be able to grow up free from fear, safe from violence, and innocent of hatred."

THEN: During his 2016 campaign, Trump frequently ripped into Hillary Clinton's ties to the Clinton Foundation, which received millions in donations from Saudi Arabia, the United Arab Emirates, Qatar and several other Mideast nations. In a June 2016 posting on Facebook, Trump said, "Saudi Arabia and many of the countries that gave vast amounts of money to the Clinton Foundation want women as slaves and to kill gays. Hillary must return all money from such countries!" During an October debate in Las Vegas, Trump called the Clinton Foundation "a criminal enterprise." ''Saudi Arabia giving $25 million, Qatar, all of these countries. You talk about women and women's rights? So these are people that push gays off business — off buildings. These are people that kill women and treat women horribly. And yet you take their money."

NOW: The World Bank announced Sunday at an event with Ivanka Trump, the president's daughter and White House adviser, that Saudi Arabia and the United Arab Emirates had pledged a combined $100 million for the bank's proposed Women Entrepreneurs Fund, which was first proposed by Ivanka Trump. World Bank President Jim Yong Kim said the pledges, along with ones by the U.S. and other countries, would allow the World Bank to announce the creation of a $1 billion fund for women's economic empowerment at the G20 summit in July. In his speech, Trump called Saudi Arabia's vision for 2030 "an important and encouraging statement of tolerance, respect, empowering women, and economic development."

THEN: Trump had plenty of harsh words for Saudi Arabia before his election. He accused the kingdom of curtailing the rights of women and gays and lesbians and suggested the country was behind the Sept. 11, 2001, terrorist attacks. "Who blew up the World Trade Center?" he asked during one Fox News appearance. "It wasn't the Iraqis, it was Saudi — take at look at Saudi Arabia, open the documents," he demanded.

NOW: In an ornate hall, Trump heaped praised on the Saudis, describing the country as a "magnificent kingdom." ''I am honored to be received by such gracious hosts," he said at the start of his address. "I have always heard about the splendor of your country and the kindness of your citizens, but words do not do justice to the grandeur of this remarkable place."

THEN: Trump lashed out at Michelle Obama on Twitter in 2015 when she opted not to wear a headscarf on her visit to Saudi Arabia. "Many people are saying it was wonderful that Mrs. Obama refused to wear a scarf in Saudi Arabia, but they were insulted. We have enuf enemies," Trump tweeted at the time, including a short-hand spelling for "enough." Under the kingdom's strict dress code for women, Saudi women and most female visitors are required to cover their heads and wear a loose, black robe known as an abaya, in public. But the decision was consistent with the customs for female foreign dignitaries visiting Saudi Arabia.

First lady Melania Trump and Ivanka Trump declined to wear a headscarft, showing off their locks. During their visit to Saudi Arabia, they followed in the footsteps not only of Michelle Obama but also female leaders like German Chancellor Angela Merkel and British Prime Minister Theresa May.