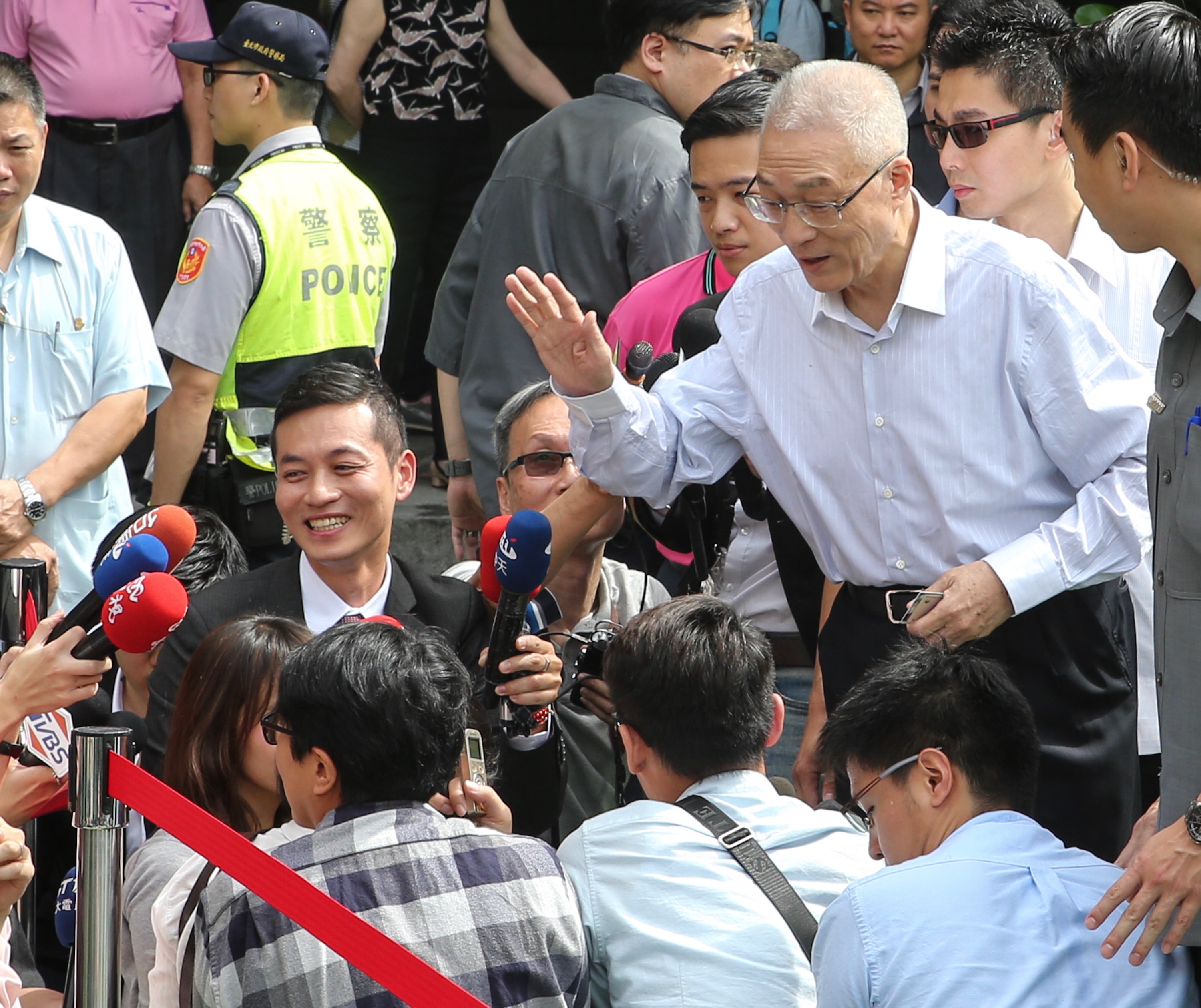 The election took place precisely one year to the day after the administration of President Ma Ying-jeou (馬英九) left office following crushing KMT defeats in presidential and parliamentary elections.

By 9 p.m., the total of votes cast for Wu had climbed to 143,223, about 52 percent, and far ahead of his closest competitor, incumbent chairwoman Hung Hsiu-chu (洪秀柱), who had received 52,989 votes at that time.

While the numbers were still going up until counting was completed, the ranking and the proportions were not expected to change significantly.

A total of more than 476,000 party members were eligible to vote at 507 ballot centers between 8 a.m. and 4 p.m. Saturday, but with a turnout of 60 percent expected, about 140,000 votes would have been necessary to win outright.

Wu, 69, started as a reporter with the Chinese-language China Times but soon embarked on a long political career. He served as magistrate of his native Nantou County, appointed and later elected mayor of Kaohsiung City, legislator, premier from 2009 to 2012 and Ma’s vice president from 2012 to 2016.

The new chairman of the KMT will not be sworn in until August 20 at a party congress, with critics saying a three-month interim period was too long.

The campaign was marked by accusations against candidates recruiting people into the party for the sole purpose of casting ballots, while there were allegations that on Saturday people had voted using other people’s party membership cards.

In the year since losing power, the KMT has largely failed to make an impression, with its lawmakers being accused of obstructing government proposals such as the reform of unfair pensions and the Forward-looking Infrastructure Development Program.

In the opinion polls, it has also been trying to fight off a surge by the New Power Party, whose ambition it has been to replace the KMT as Taiwan’s main opposition group. 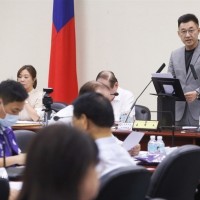