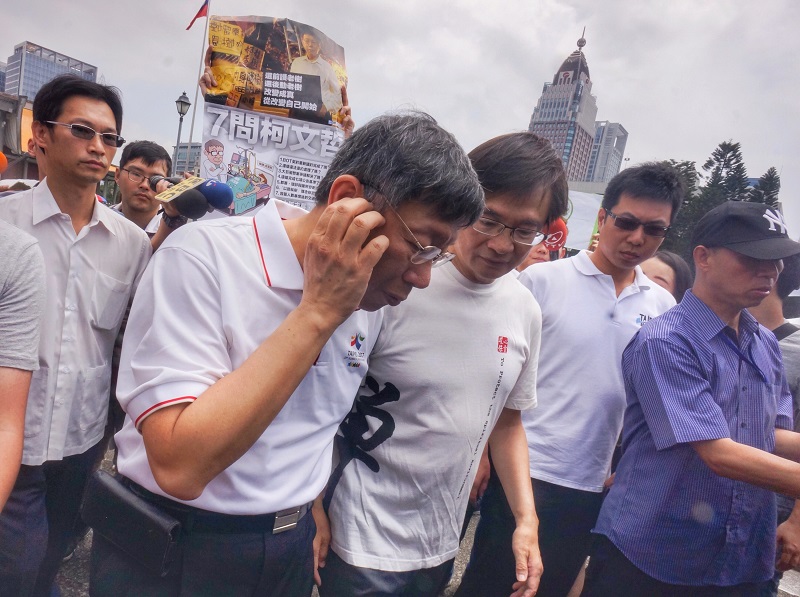 TAIPEI (Taiwan News)--Taipei Mayor Ko Wen-je (柯文哲) said Wednesday during an event organized by Taiwan Against Drunk Driving (TADD) that the city’s proposal to tighten regulations on DUI, following lobbying effort by the TADD, has passed the preliminary reading at Taiwan's Legislature on April 26. The amended law would require both the intoxicated driver and the passengers in the vehicle to bear criminal liability.

As the founder of TADD, Ko expressed his concerns over casualties caused by drunk driving and the mounting burden on the city’s police force to conduct sobriety checks. Statistics showed that over 25% of people imprisoned have been convicted of crimes related to DUI, he said.

According to Ko, his administration has allocated a significant proportion of the budget to anti-drunk driving campaigns since taking office. A cross-department task force was established in July 2015.

The mayor noted that the city government is also actively advocating changes to the Road Traffic Management and Penalty Act and related traffic rules at the Legislature, seeking to effectively address drunk driving through law enforcement.

Commenting on the practice to force DUI offenders to service at funeral parlors as a form of deterrence, Ko remarked that the measure has been implemented but emphasized that prevention is more important than punishment. With the designated driver service being criticized for high fees, the mayor encourages people to consider taking public transportation if they know they would be drinking.