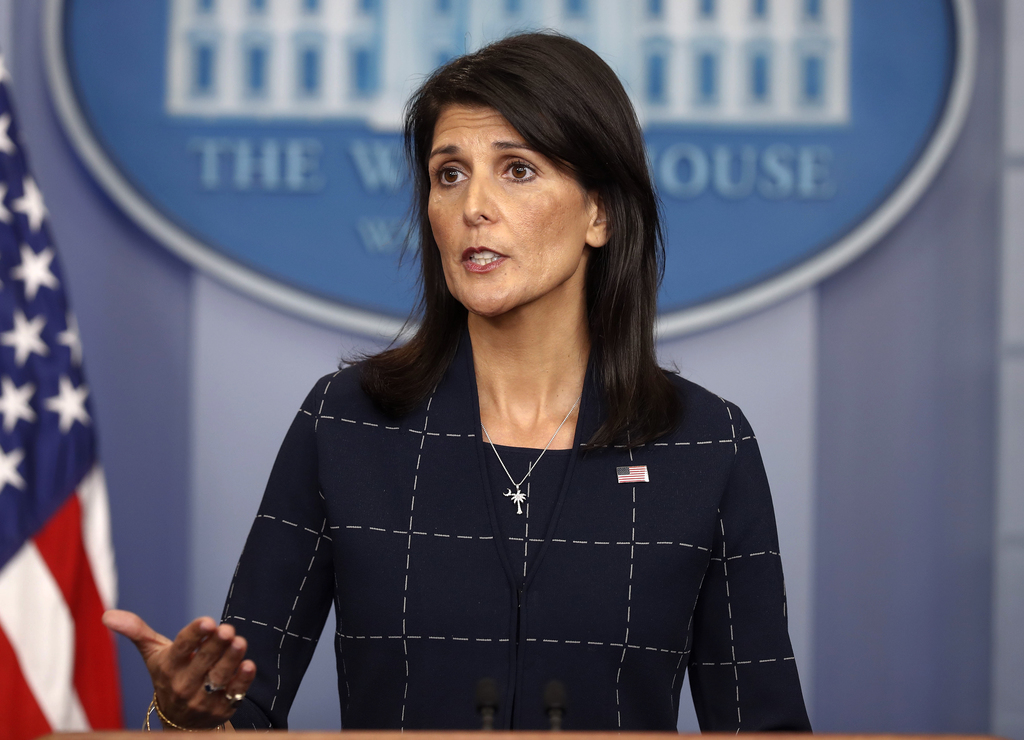 WASHINGTON (AP) — Nikki Haley, President Donald Trump's U.N. ambassador, waded into a diplomatic minefield by asserting that the Western Wall is part of Israel, a deviation from U.S. policy.

The longstanding U.S. stance is that the site is in Jerusalem, full stop. That distinction — Jerusalem, not Israel — reflects the U.S. position that the city's fate is an issue for Israelis and Palestinians to work out through future peace negotiations.

Haley's comments in an interview that aired Wednesday attracted particular attention because they came in the wake of a diplomatic dust-up between American and Israeli officials over planning for President Donald Trump's trip next week to Israel, the Palestinian territories and Jerusalem.

Israel complained that a U.S. representative rejected allowing Israel's prime minister to join Trump for a visit to the Western Wall because it isn't in Israeli territory. The White House disputed the account. The wall is in the Old City, a part of east Jerusalem, which the U.S. and most of the world consider to be occupied territory.

Emotions run hot over the status of Jerusalem and the Western Wall, considered the holiest site where Jews can pray. The sensitivity about Jerusalem, claimed by both Israelis and Palestinians, stems from the role the city plays in the age-old debate about who has a legitimate historical claim to disputed territory.

A look at what Haley said in an interview with the Christian Broadcasting Network:

HALEY: "I don't know what the policy of the administration is, but I believe the Western Wall is part of Israel and I think that that is how, you know, we've always seen it and that's how we should pursue it." She said she wasn't sure what happened in the dispute over Trump's trip, adding: "I know that they're trying to fix it and get that taken care of, but we've always thought the Western Wall was part of Israel."

THE FACTS: Haley initially appeared to be voicing her personal view about the wall, but that's a distinction ambassadors don't get to make. As the nation's envoy to the United Nations, her public comments on foreign policy issues generally are assumed to be statements of U.S. policy. That policy, that "the Western Wall is in Jerusalem," hasn't changed, a State Department official said following Haley's comments.

Since Israel's founding, the U.S. has maintained that "no state has sovereignty over the city of Jerusalem" and that it's a "final status" issue that must be resolved through Israeli-Palestinian negotiation, the official said. The official wasn't authorized to comment by name and spoke on condition of anonymity.

The Western Wall was part of the retaining wall around the biblical Jewish temple complex that once sat on what Jews call the Temple Mount. The area now houses the Al Aqsa Mosque, Islam's third-holiest site. Israel captured the Old City and the rest of east Jerusalem in the 1967 Mideast war and annexed the area, in a move that most of the world community does not recognize.

Israel controls the wall, the nation's top tourist site, and treats it like Israeli territory. It is widely assumed that Israel would retain control over the site under a potential peace deal. But the U.S. has withheld recognition of that control until there is a deal.

Both Israel and the Palestinians consider Jerusalem to be their capital. The Palestinians see it as the capital of a future independent state. Given the competing claims, the U.S. and most countries maintain embassies in Tel Aviv, not Jerusalem.

Trump said as a candidate he would move the embassy to Jerusalem, but now says he's studying the issue.

In her Senate confirmation hearing, Haley said she "absolutely" supports such a move.