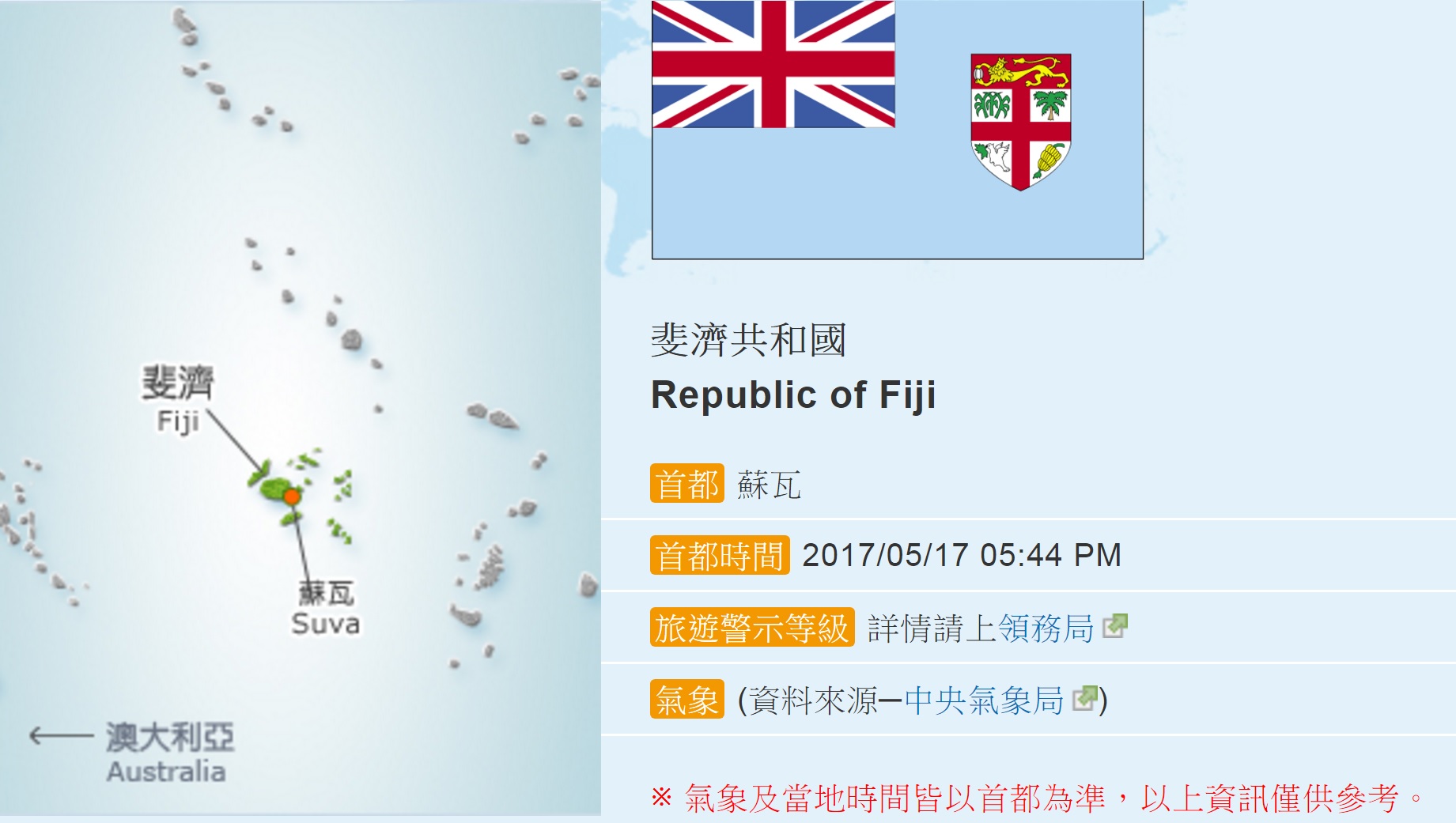 TAIPEI (Taiwan News) -- After 20 years, the de facto Fijian embassy in Taiwan, The Fiji Trade and Tourism Representative Office, unceremoniously shut its doors for the last time in Taipei on May 10, without a thorough explanation.

The Fijian office's representative, Karai Vuibau, notified the Ministry of Foreign Affairs (MOFA) after he received orders from his government to close down the office. MOFA expressed its understanding of the Fijian government's decision.

Vuibau said that the government of Fiji had made the decision after a thorough review of its offices around the world.

MOFA spokeswoman Eleanor Wang (王珮玲) told CNA the decision to close the office was made by the Fijian government to reallocate the country's resources to better meet its needs.

During a legislative committee hearing earlier today, Kuomingtang legislator Lu Shiow-yen (盧秀燕) said she learned that one of the reasons behind the closure was another attempt by China to suppress Taiwan in the international realm, which has been an ongoing tactic since President Tsai Ing-wen took office last year and refused to recognize the "1992 Consensus."

However, Deputy Foreign Minister Wu Chih-chung (吳志中) responded at the hearing that Fiji has a small population of only 850,000 and its funds to support foreign missions are limited and perhaps it was because of budget constraints.

Lu also speculated that it may be an attempt by China to sabotage Taiwan's New Southbound Policy. Wu countered that the ministry saw it as an isolated event that will not cause a "domino effect." MOFA said that after having learned of the situation, it had provided the necessary administrative assistance during the withdrawal of the office including the handling of the severance of Taiwanese employees. Fiji's representative office expressed its gratitude to Taiwan for its assistance over the years and for its efforts to promote mutual relations.

Taiwan's de facto embassy in Fiji, the Trade Mission of the Republic of China (Taiwan) to the Republic of Fiji, which has had a presence in one form or another since 1971, will not be affected by the Fijian government's withdrawal from Taiwan, nor will relations between the two countries, according to MOFA. In October 1996 Taiwan and Fiji signed a communiqué on mutual recognition. In 1997, the Fijian government set up The Fiji Trade and Tourism Representative Office to strengthen ties with Taiwan and to enhance the development of bilateral trade, investment, and tourism. 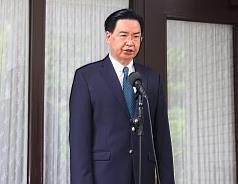