TAIPEI (Taiwan News)—About 64 percent of Americans and close to 34 percent of Taiwanese ransomware victims will pay cyber criminals the demanded ransom to retrieve data stored in their computers, according to an iThome report.

Although, the public are discouraged by police agencies and cybersecurity experts from paying cybercriminals ransom to get their compromised computer back, the Symantec version 22 Internet Security Report released in April 2017 found on average 34 percent of ransomware victims worldwide would pay the ransom to obtain the unlock key.

Ransom demanded from cybercriminals soared 266 percent in 2016 to US$1,077 per victim, compared to US$294 requested from the previous year, according to the report published by Symantec, a world leading cybersecurity service provider.

The daily rate of ransomwares detected by antivirus software also increased during 2016, averaging approximately 846 per day at the beginning of the year and rising to more than 1,539 a day by the end of the year.

The report shows the U.S. was the country most targeted by ransomware in the world, followed by Japan and Italy, while Taiwan ranked 32 and ranked in 11 place in Asia, said Dragon Chang (張士龍), the chief technology consultant at Symantec Taiwan office.

Ransomware detected in Taiwan amounted to only 0.4 percent of the same type of global attacks, but the report showed the nation was the top five country for the largest number of identity thefts.

According to the Symantec report, in 2016 more than 30 million identities in Taiwan were stolen.

It is possible for the hacker to steal a person’s email and obtain a new password from the bank by pretending to be the authentic user who forgot their password and sending a request to reset their password, said Michael Smith the Chief Technology Officer for Asia-Pacific and Japan at Akamai Technologies during the Outlook of Fintech Supervisory and Cybersecurity Forum press conference on Monday. 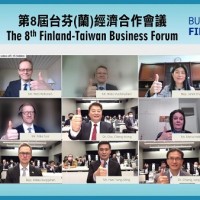