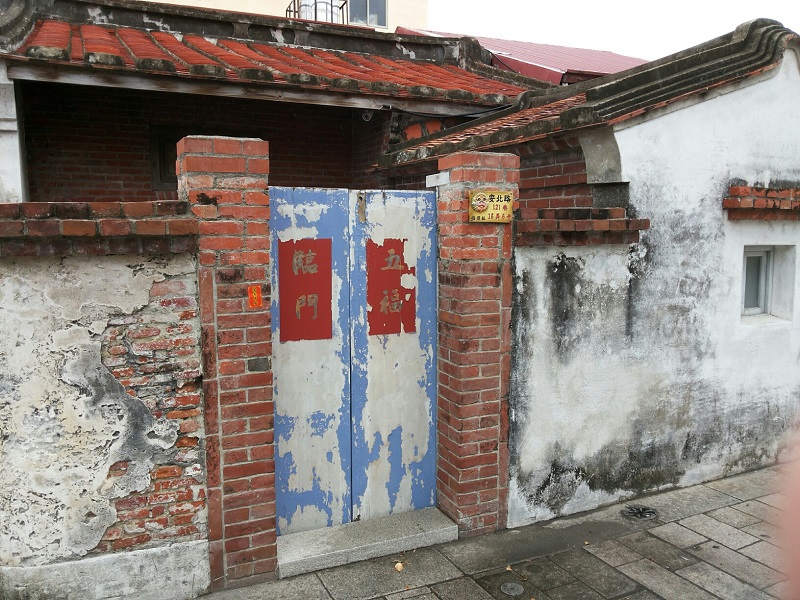 Taiwanese history was initiated from Tainan, and Anping (安平) was the earliest developed district of Tainan. Therefore, abundant historic sites and structures can still be seen in the district. The following is a list that tourists visiting Anping should not miss. Visitors can take Buses 2, 88, and 99 from across the Tainan train station, and get off at Fort Anping. Visitors may either walk or ride a bike to explore every corner of the oldest area in Taiwan. A map of Anping

Tainan public bike rental T-Bike also has a station not far away from Fort Anping at Anyi Parking Lot on Anyi Road across the Anyi Bridge.

In 1624, the Dutch arrived in Formosa and established “Fort Zeelandia,” the construction of which was completed in 1634. The fort, which locals call Fort Anping, served as the administration center for the Dutch ruling Taiwan. Today, only a few wall ruins are left from the 17th century fort, which require visitors to pay close attention to finding their location. Located behind the Tait & Co. Mercent House, the Anping Tree House was originally the warehouse of Tait & Co. During the Japanese Occupation, it was used as the office and warehouse of the Salt Association of Japan, with the Taiwan Salt Company assuming control after World War II in 1945. Later, the salt industry in Anping declined, and the warehouse was abandoned. Today, the aerial roots and branches of banyan trees wrapped around the building, combined with the ruined red bricks, create an unusual and beautiful sight.

Foreigners were barred from trading in Taiwan for most of the Qing dynasty, but the 1858 Treaty of Tianjin forced open four harbors in Taiwan to foreign traders. Anping was one of them. There were five big foreign trading companies in Anping in that era, of which only the buildings of Tait & Co. and Julius Mannich & Co. remain. There is another famous merchant house in Anping called Former Julius Mannich Merchant House, but it is being repaired at the moment.

Julius Mannich was a German businessman who set up business in Anping. Construction began on his merchant house in Anping in 1875, a few years after fellow companies like Tait & Co. Tucked in the Haitou community next to east side of Fort Zeelandia, the Haishan Hostel is a traditional Chinese building from the Qing dynasty. In 1683, Taiwan came under the control of the Qing dynasty in China, and troops were stationed here for defense. In Aping, there were five hostels in the ancient time, including Haishan. The area surrounding Fort Anping is full of small streets and alleyways that are packed with vendors, eateries, and shops. However, the old buildings have not yet been exploited yet, which allows visitors to discover the unseen beauties and learn the stories behind these preserved buildings and streets. Yanping Street is the oldest among the old streets in Tainan. It is also known as Anping Old Street or Taiwan’s 1st Street as it is the first established merchant street in the area. This street has many little shops and food stalls that sell a variety of souvenirs and local delicacies. The bicycle path along the Yanshui River

Visitors are also recommended to take a walk or ride a bike on the elevated bike path along the Yangshui River on the northern side of the district and enjoy views of mangrove forests and lagoons. The bike path is about 2 kilometers long and connects with the Sihcao Bridge at the seaside. Other famous places in the area

Visitors can go farther to the south of the district across the old Tainan Canal to visit Eternal Golden Castle or go north across the Sihcao Bridge to take a boat ride along the Sihcao Mangrove Green Tunnel or on the lagoon of the Taijiang National Park, all of which are located not far from Fort Anping.

Eternal Golden Castle was built by the Qing leadership in 1874 and completed in 1876. The lagoon of the Taijiang National Park