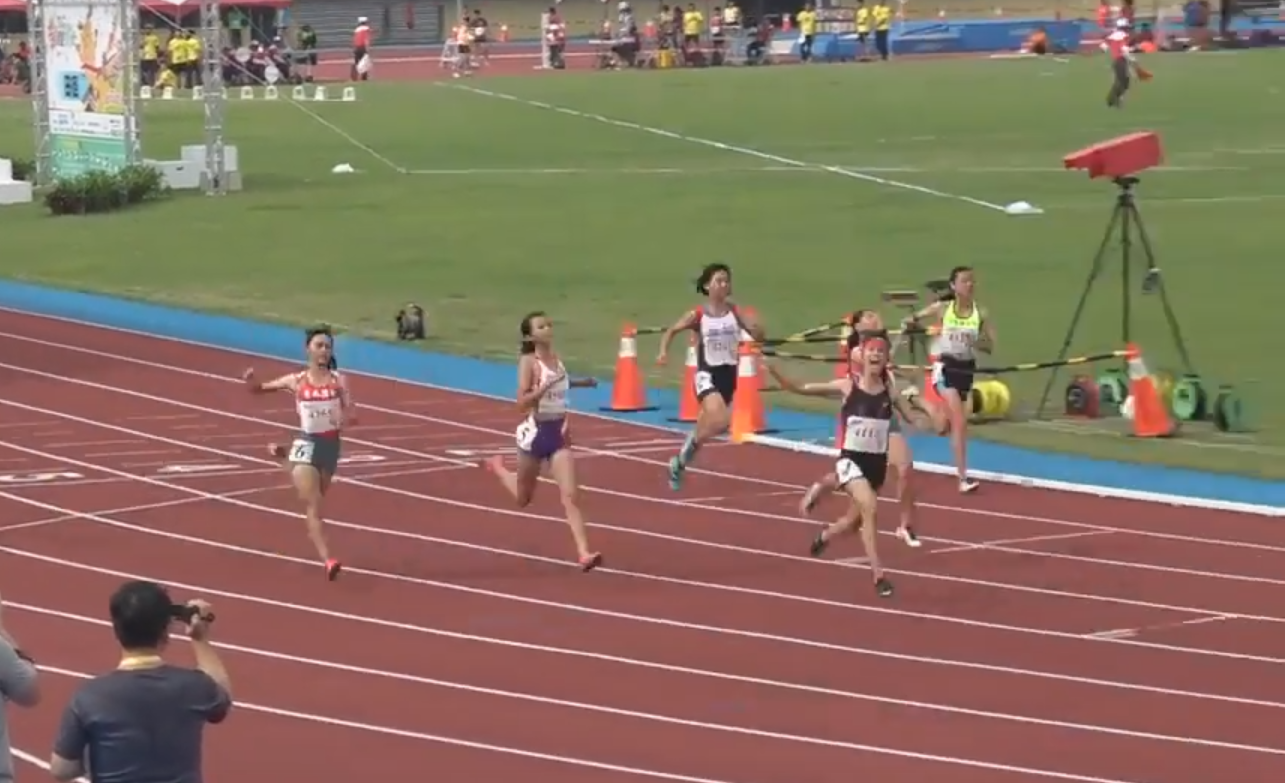 TAIPEI (Taiwan News) -- At this year's national junior high games, a second year student from New Taipei's Xikun Junior High School, blew away the competition in the girl's 100-meter dash and set a new national record in the process.

A member of the Amis tribe, Cheng Hsin-ying (鄭歆瑩), had only managed fourth place finish in last year's competition, showed that she was on a mission when she clocked a blistering 11.97 seconds in a preliminary heat, obliterating the original competition record of 12.02 seconds. In the semi-final she continued to quicken the pace at 11.92, though it was not awarded a record as there was a tail wind of 2 meters per second.

Cheng did not disappoint in the final, when she clocked a phenomenal 11.81 finish, setting a new competition record and seeming to break the high school gold medalist's time of 11.82 seconds. However, the time for the high school girl's winner, Liao Yen-Chun (廖晏均) of Taipei Lishan High School, was later recalculated to tie her mark also at 11.81 seconds. Liao said that she had already heard of Cheng before the meet, but once she saw her in person, she was amazed with her speed and said she really admired her.

With her amazing finish, Cheng has the distinction of being the first junior high school girl to break 12 seconds in competition in Taiwan's history.

Cheng first started sprinting when she was in fifth grade, but though there is no physical education class in junior high, she continued to train hard excel on the school's track team. Her current school coach Chang Fu-sheng (張福生) was moved to tears by her latest performance, saying "I'm so moved, I never thought she could run that fast."

As for her future training, Chang said "In the future we will do some long distance training, and in the national games this year she can challenge Taiwan's fastest runner Liao Yen-Chun."

Being only a second year junior high school student, it looks like the sky is the limit for Cheng. 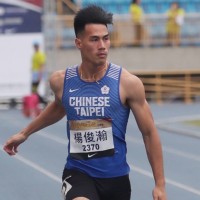 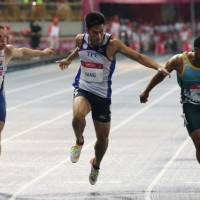