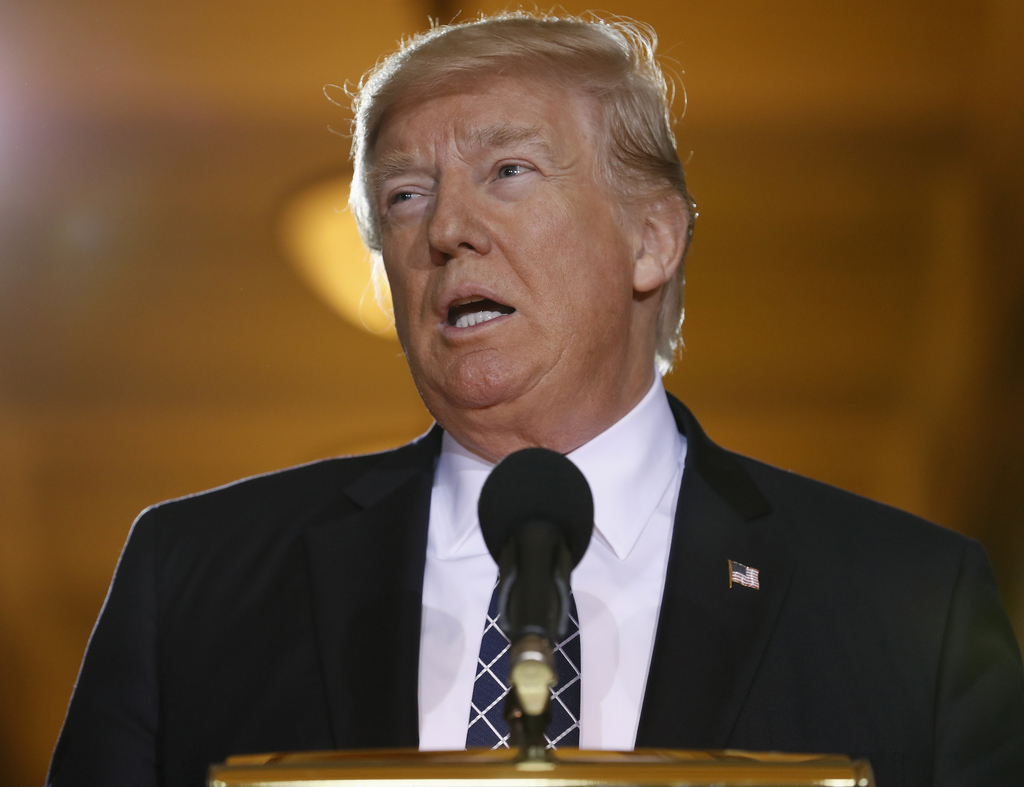 President Donald Trump says Canada has "outsmarted" the U.S. for a long time but his administration is "not going to put up with it."

Trump has been railing against Canada's decision to change its policy on pricing domestic milk to cover more dairy ingredients, leading to lower prices for products, including ultra-filtered milk.

His administration moved Monday to impose a 20 percent tariff on softwood lumber entering the U.S. from Canada, escalating an intensifying trade dispute between the two countries.

He says he's not worried about sparking a trade war with Canada but says it has "outsmarted our politicians for many years."

Trump made the remarks Tuesday while signing an Executive Order promoting agriculture and rural prosperity in U.S.

President Donald Trump is condemning those who deny the Holocaust and is pledging to confront anti-Semitism.

In a speech marking Holocaust Remembrance Day, Trump says those who would deny that 6 million Jews were killed by Germany's Nazi leadership during World War II "are an accomplice of this horrible evil." The president says "we must never, ever shrink away from telling the truth in our time."

Trump also pledges that as president of the United States he will "always stand with the Jewish people."

The president spoke at a U.S. Capitol ceremony hosted by the U.S. Holocaust Memorial Museum to mark the unveiling of its new conservation and research center. The center houses a vast collection of artifacts by those who survived Adolf Hitler's massacre of Jews.