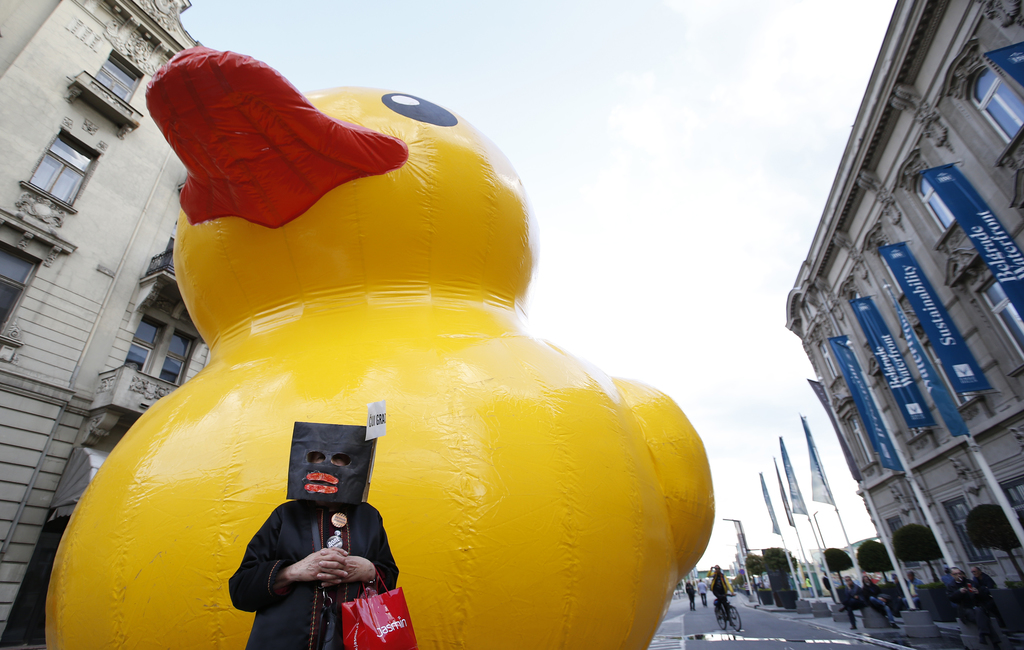 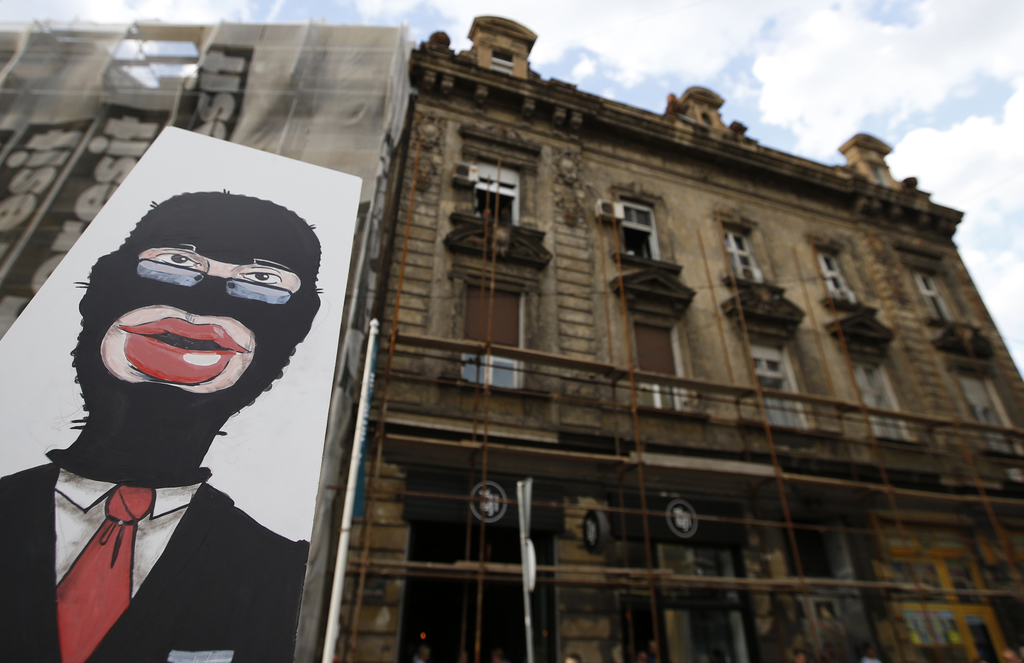 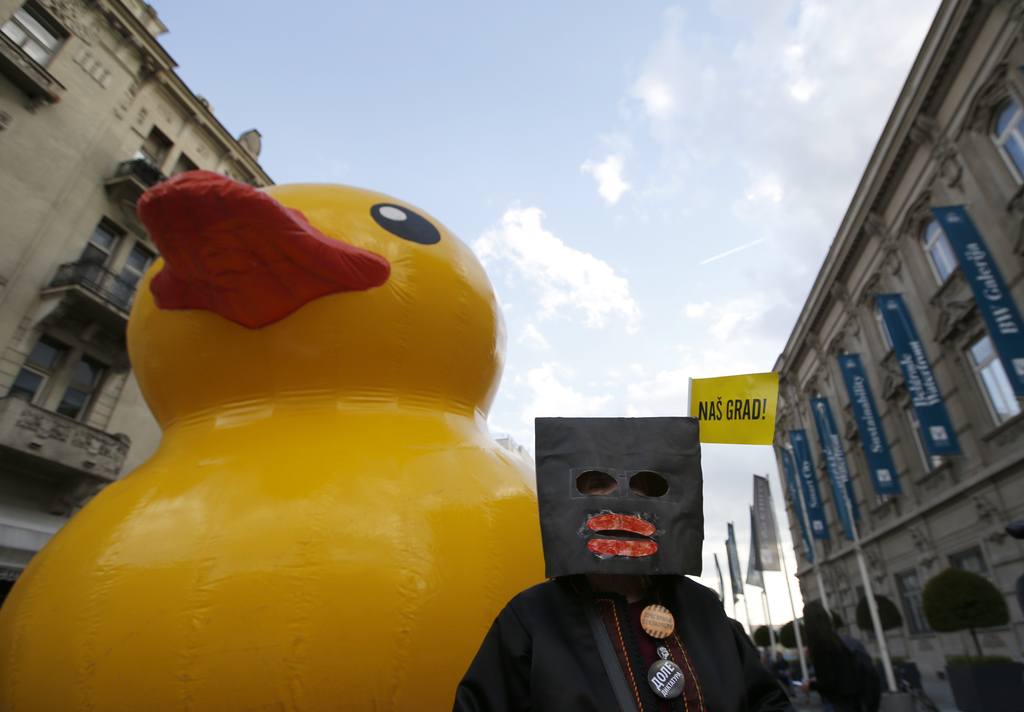 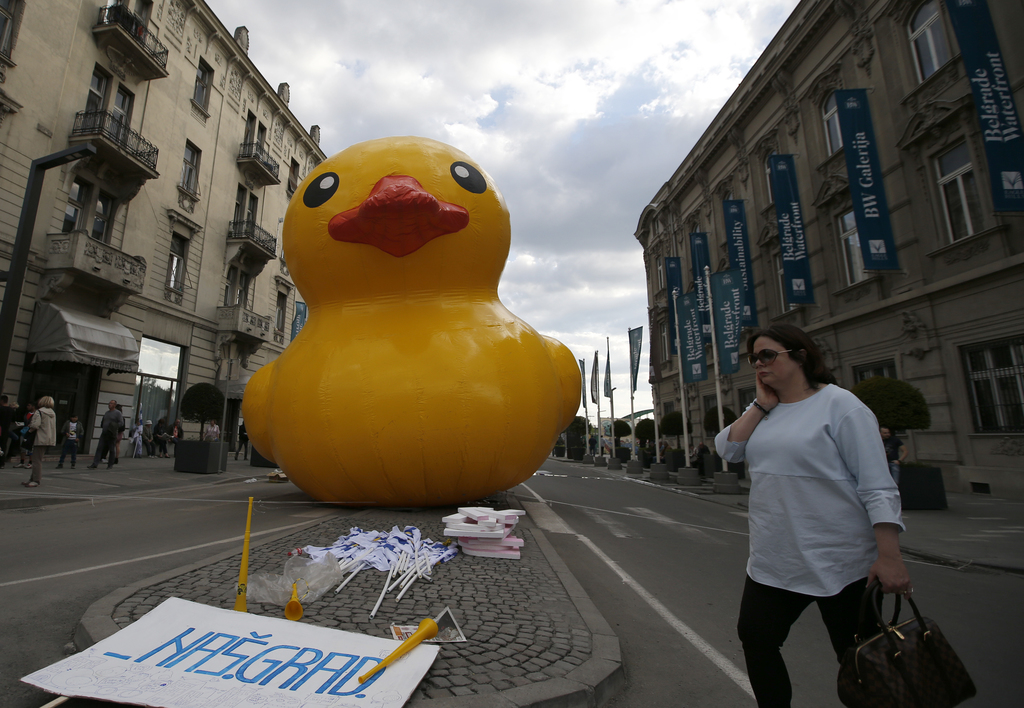 BELGRADE, Serbia (AP) — Several thousand people have rallied in the Serbian capital, Belgrade, one year after a mysterious demolition in an area marked for a United Arab Emirates-financed real estate project.

No one has been held responsible for the nighttime destruction last April of a block of buildings by a group of masked men, despite repeated promises to the contrary by the government.

UAE investors have been building a Dubai-style business and residential complex in the run-down urban area by the Sava River.

Some architects and citizens' groups have sharply criticized the Belgrade waterfront plan, alleging corruption and saying the development is unsuitable for the Serbian capital.