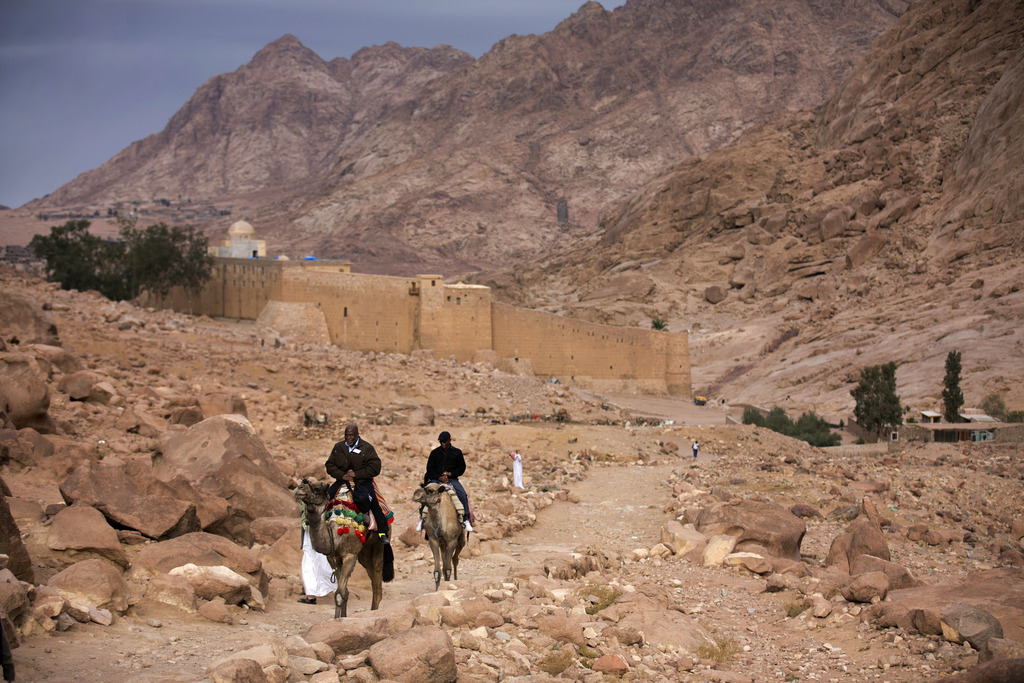 CAIRO (AP) — Egyptian police have tracked and killed one of the militants involved in an attack on a checkpoint near the famed Saint Catherine's Monastery in Sinai, the Interior Ministry said on Wednesday.

The late Tuesday attack, which was claimed by the Islamic State group, killed one policeman and wounded at least three. It was a rare IS assault so far south in the peninsula, close to popular tourist destinations along the Red Sea coast.

The ministry said Bedouin tribesmen helped track several militants who fled the scene after the attack. It said security forces then located and killed one of the militants, without providing details about what happened to the others.

The ministry added that an investigation was underway to identify the slain militant.

Monk Damyanos, who has been living at Saint Catherine's since 1963, said the attack took him by surprise. "The monastery is very quiet" at the moment, he said, adding that there has been a heavy security presence since the attack.

The 81-year-old Damyanos added that the monks are not afraid and believe God watches over them.

Saint Catherine's stands at the foot of Mount Horeb. The 6th century monastery is one of the main tourist attractions in South Sinai. The IS-led insurgency in Sinai is centered in northern Sinai, but the militants have occasionally struck in the central and south regions of the strategic peninsula.

In Tuesday's attack, the militants opened fire from an elevated hilltop overlooking the police checkpoint outside the monastery, according to an earlier ministry statement.

The SITE Intelligence Group, which tracks online activity of militants, said the IS-affiliated Aamaq news agency announced that Islamic State militants had carried out the attack — the first time IS struck the monastery.

The attack came ahead of next week's visit to Egypt by the Vatican Pope Francis and just over a week since suicide bombers attacked two churches in the Nile Delta city of Tanta and the coastal city of Alexandria, killing 45 people on Palm Sunday.

Egypt's branch of the Islamic State group claimed responsibility for those attacks too.

IS has vowed more attacks against Christians in Egypt, who make up 10 percent of the country's population of 92 million people.