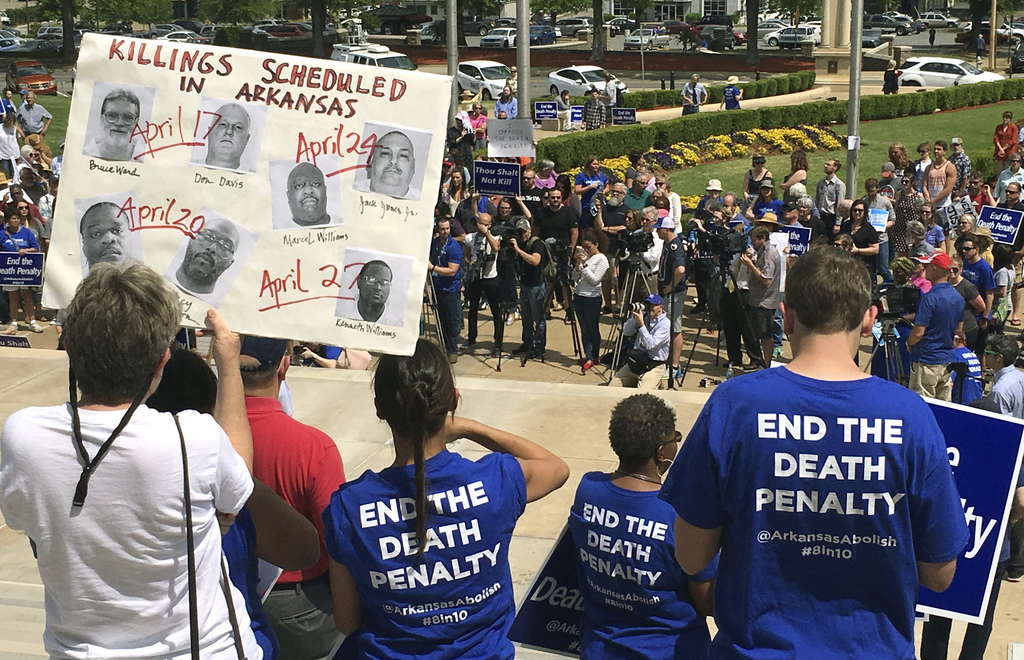 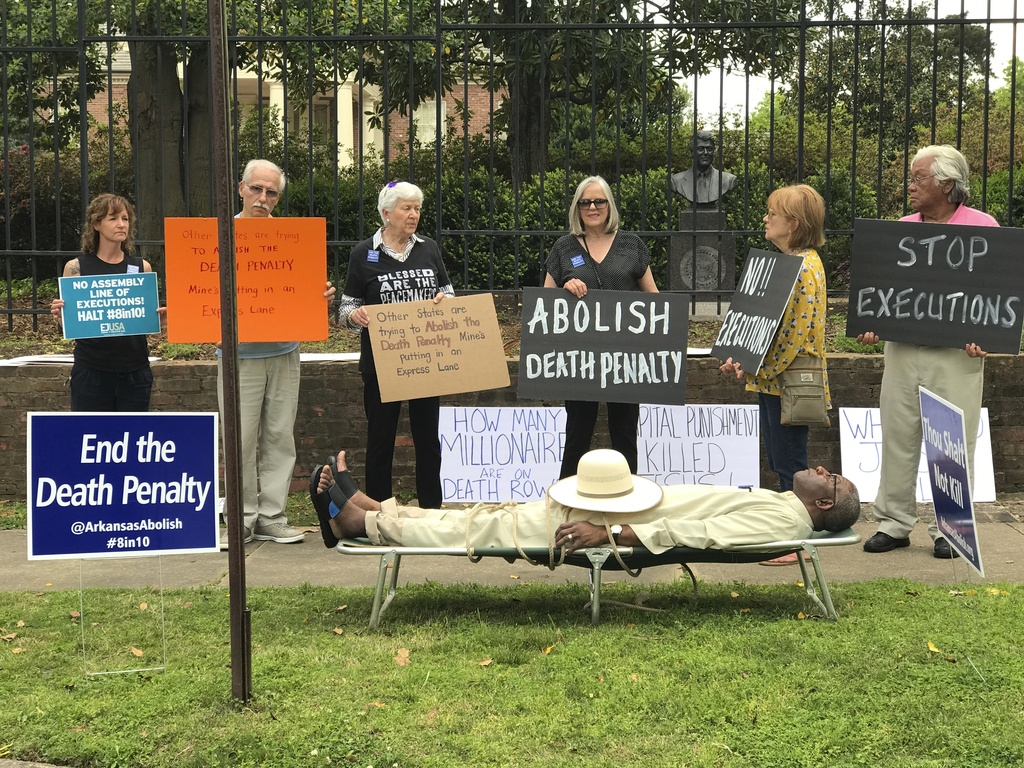 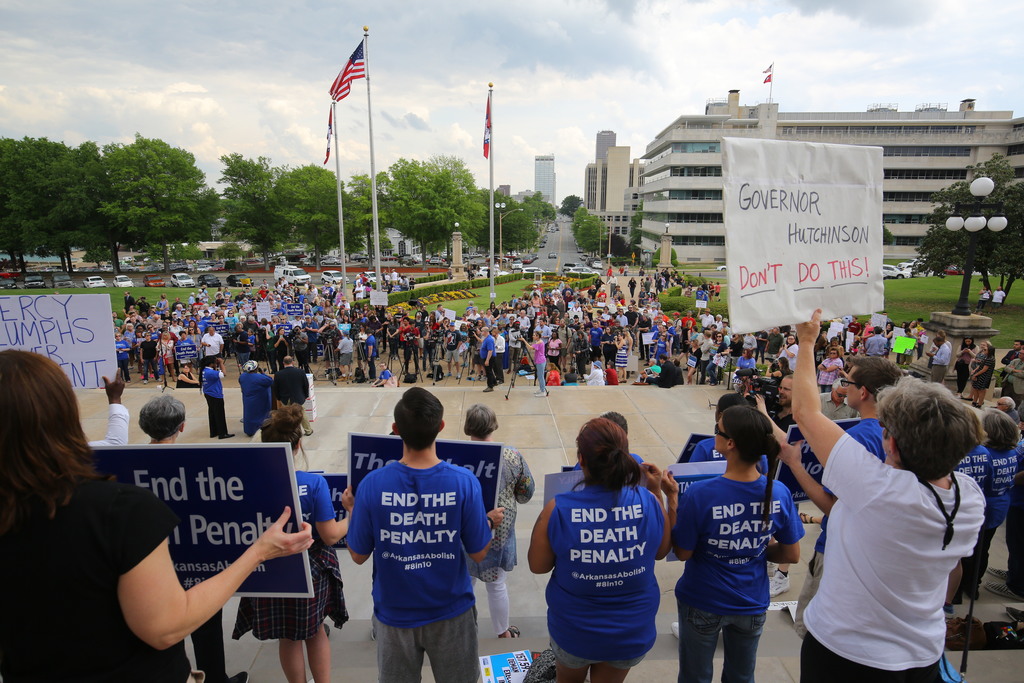 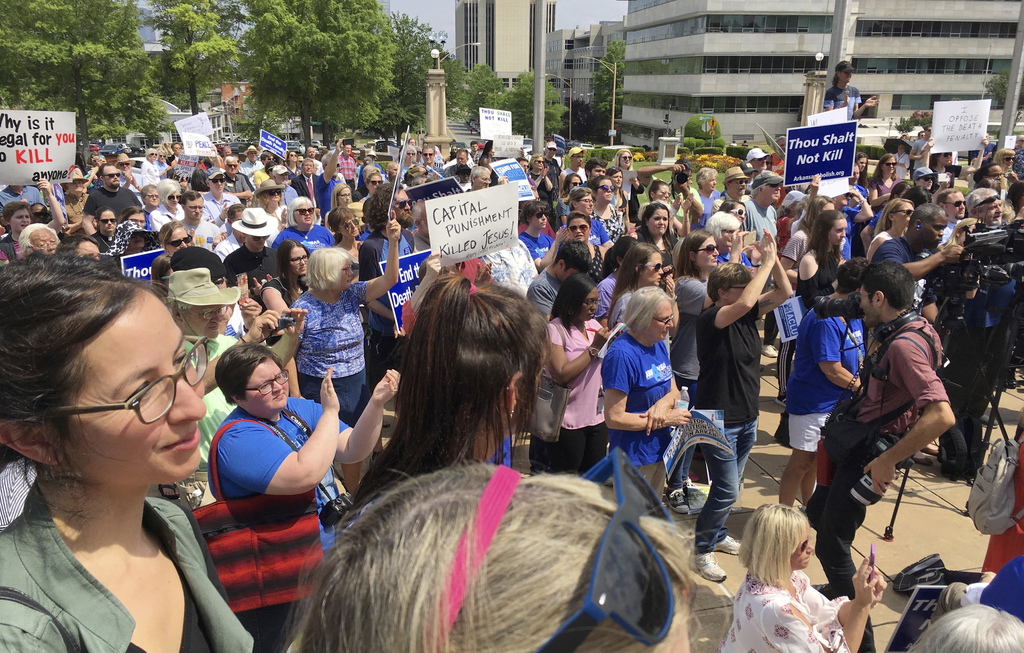 A judge in Little Rock has rejected a request for additional DNA testing in the murder case of Arkansas inmate Ledell Lee, who's scheduled for execution Thursday night.

Lee was convicted in the 1993 killing of his neighbor Debra Reese. His attorneys wanted enhanced DNA tests on a hair found at the crime scene and on bloodstains that were found on Lee's shoes, arguing that new tests would show that the hair was not his and the bloodstains did not belong to the victim.

But on Tuesday, Pulaski County Circuit Judge Herb Wright rejected that request, noting that Lee's conviction has been reviewed multiple times. Wright wrote that he won't substitute his own judgment "for that of the jurors two decades removed."

Lee has also asked a federal judge to stay his execution.

An Arkansas inmate scheduled to die Thursday night is asking the state's Supreme Court to block his execution so he can pursue additional DNA testing to prove his claims of innocence.

Attorneys for Stacey Johnson filed the request for a stay late Tuesday afternoon, a day after the state's highest court halted executions for two other inmates who had been scheduled for lethal injection Monday night.

Johnson was convicted in the 1993 killing of Carol Heath. He's asking for an execution stay and for the Arkansas Supreme Court to order a new hearing in Sevier (suh-VEER') County, where Heath was killed.

Johnson's attorneys want advanced DNA testing on hairs found at the apartment where Heath's body was found and on clothing found at a rest stop.

A spokesman for Arkansas Attorney General Leslie Rutledge had no comment on the court filing.

A medical supply company is suing again to try and prevent Arkansas from using a lethal injection drug in the upcoming executions of two convicted killers, saying it was sold to be used for medical purposes.

McKesson Corp. asked a Pulaski County judge Tuesday to order Arkansas officials to return its supply of vecuronium bromide, one of three drugs used in the state's lethal injection protocol. The company has said prison officials misleadingly obtained the drug.

The lawsuit revives the company's attempts to block the use of the drug in Arkansas' executions. The state Supreme Court on Monday had lifted a judge's order blocking the drug's use in executions, which the company had initially sought. McKesson had asked to withdraw that lawsuit after a federal judge halted the state's multiple execution plan, but that judge's ruling was reversed by an appeals court Monday.

The state's plan to carry out a double execution on Monday night was scuttled after stays were issued for the two death row inmates.

One of the five Arkansas inmates who are still scheduled to die before the end of the month is due at a hearing regarding his request for further DNA testing of evidence from his case.

Ledell Lee was moved from prison Tuesday morning and was expected at a 1:30 p.m. hearing in Little Rock. He is one of two inmates scheduled for execution Thursday.

The 51-year-old Lee was sentenced to die for the 1993 killing of his neighbor Debra Reese, who was struck 36 times with a baseball bat-like tool. He is also serving prison time for the rapes of a woman and teen from Jacksonville.

His attorneys have separately asked a federal judge to consider claims that Lee has fetal alcohol syndrome, brain damage and an intellectual disability. Earlier Tuesday, the judge ordered that Lee receive a psychological evaluation Wednesday.

The state attorney general's office says there are no current legal obstacles to executing Lee as scheduled.

Arkansas officials are vowing to carry out a double execution later this week after the U.S. Supreme Court scuttled the state's plan to resume capital punishment for the first time in nearly 12 years by refusing to lift an order minutes before a condemned man was scheduled to die.

The court's decision late Monday was the second time Don Davis had been granted a reprieve— he was within hours of death in 2010. It capped a chaotic day of legal wrangling to clear the obstacles Arkansas faced to carrying out its first executions since 2005.

Attorney General Leslie Rutledge says there are five scheduled executions remaining and no legal obstacles to carrying them out, although she expects lawyers for the inmates to file fresh court challenges. The next two are scheduled for Thursday.