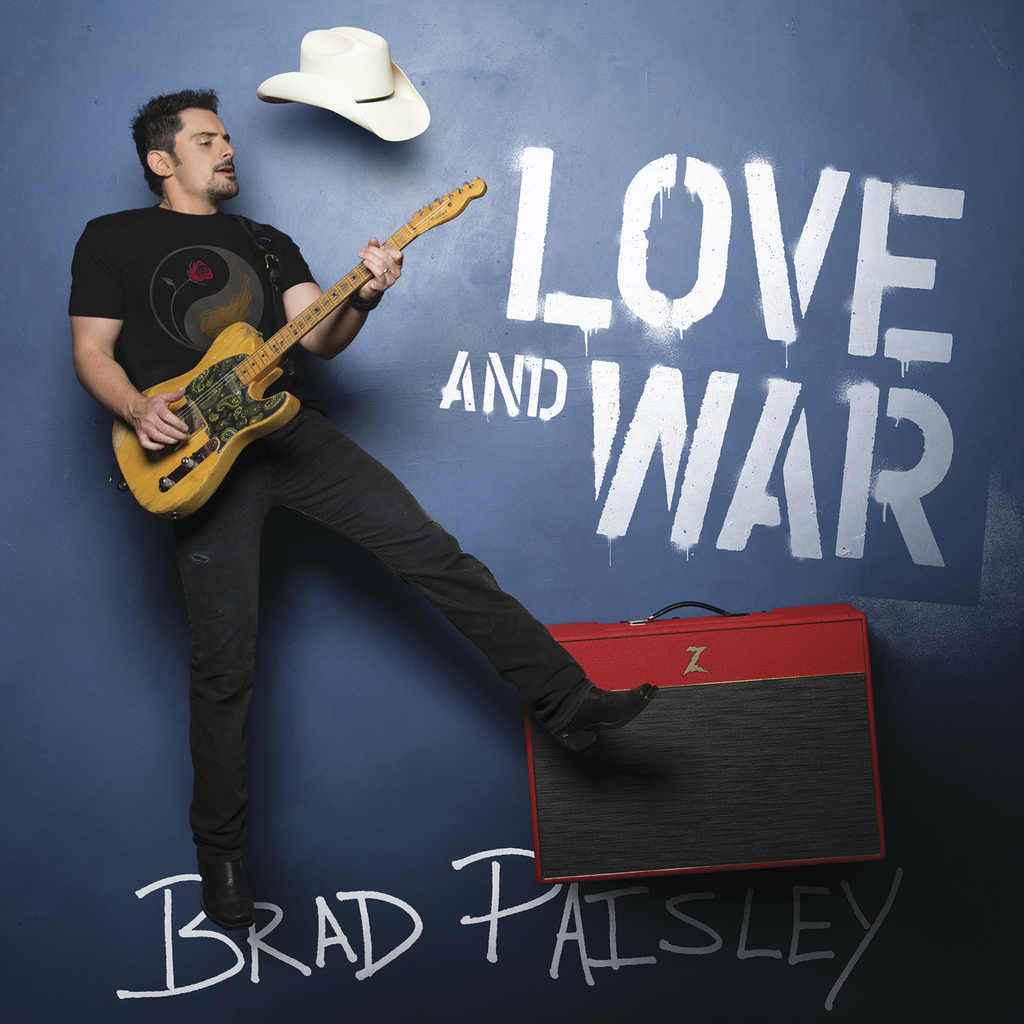 When you can namecheck the UFC and Zebco fishing reels in the lead track to your 11th studio album, "Love And War," you are probably Grammy Award-winning country music machine Brad Paisley and you can do no wrong.

Paisley is the salve when someone throws a curveball at country. He's that dependable voice of bro-country. All of the familiar icons are here: beer cans, pickup trucks, lip-kissing and jobs you have to get to. But the hidden secret is that Paisley can play the paint off a guitar and get the biggest names in the business to sing along with him on his strongest tracks.

Sir Mick Jagger helps him out with stellar vocals on "Drive of Shame," a raucous twang of a track. John Fogerty weighs in on the album's title song, "Love And War," a soaring call-out to take care of America's veterans when they come home broken.

Resistance is futile. If you like country, then there are a couple of Paisley songs you love. If you're new to the genre, he's an easy way in because he surrounds his music with everyman themes and solid musicianship.

"Love And War" has tracks that will burn up hot country spots on the radio dial and cement his place as the most dependable act in the business. The mix-down throughout is a tad flat, but this is meant to be heard in a bar, in a truck, on the road and on the go.

You can hate bro-country, but don't hate Brad Paisley for being the best at it.