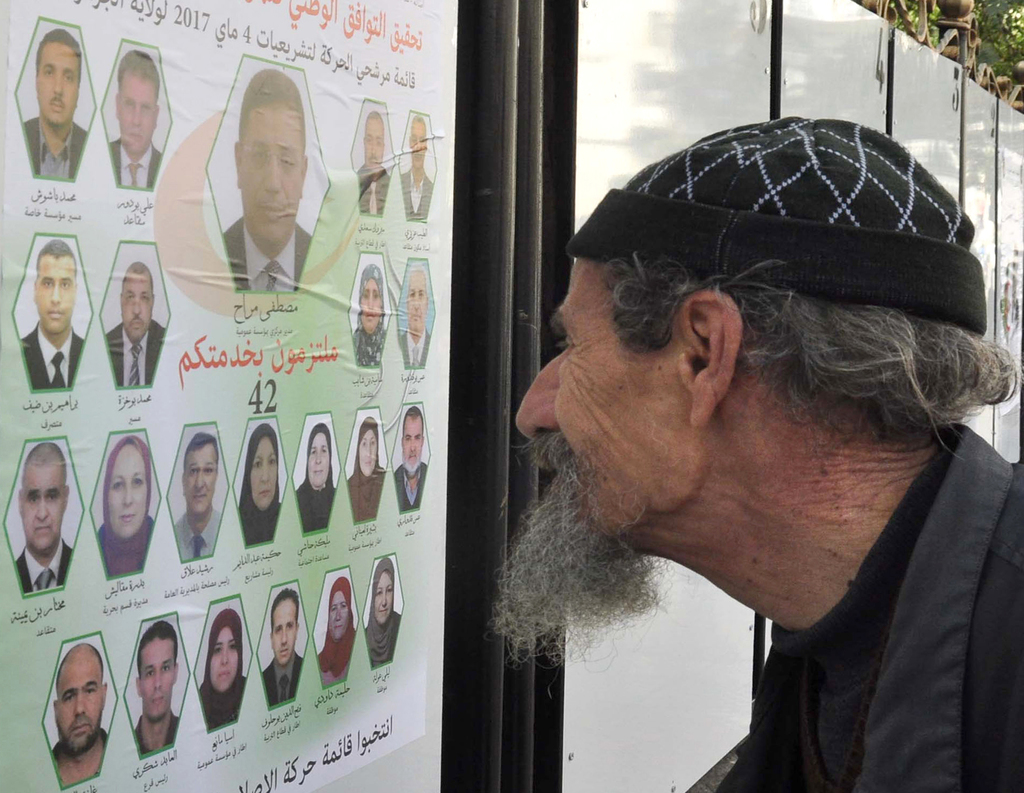 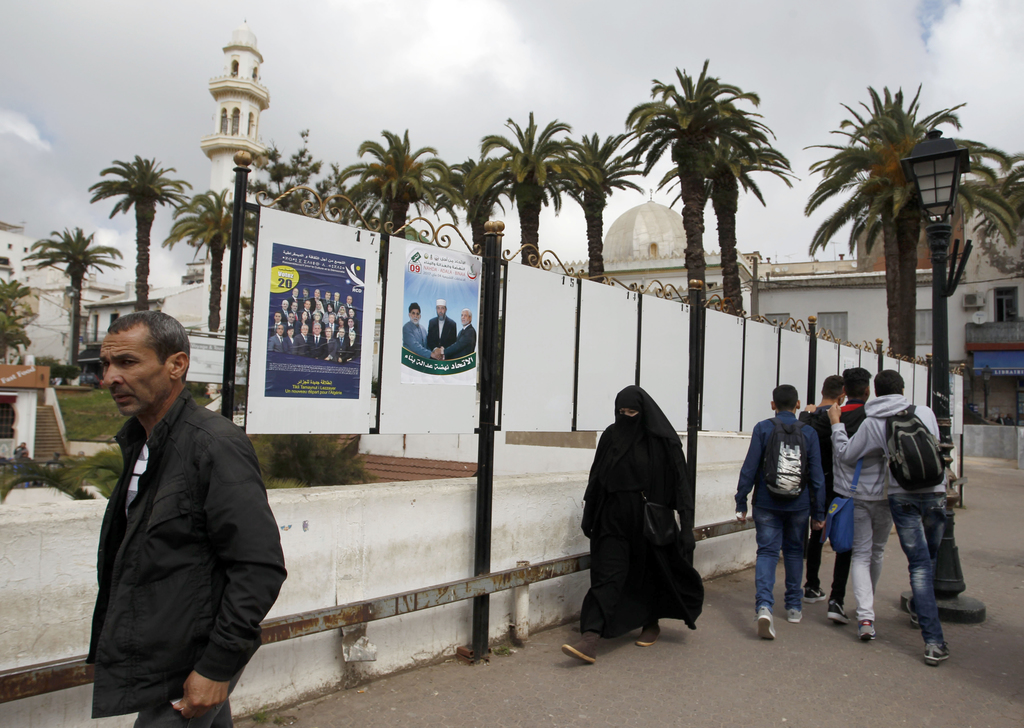 ALGIERS, Algeria (AP) — Algerian politicians have kicked off their campaign for parliamentary elections next month — and the biggest campaign issue is voter apathy, in a country where low oil prices are squeezing the energy-driven economy, young people see few job prospects and authorities have struggled to keep Islamic extremism at bay.

Algeria's 22 million voters are also worried about the health of President Abdelaziz Bouteflika, rarely seen in public since a 2013 stroke.

Analysts warn that many people may stay away from voting on May 4 because of a long-running distrust of politics — a sentiment deepened by dirty money scandals during the campaign.

The leading parties are trying hard to get out the vote for the election, when 63 parties and many independent lists are competing for 462 seats in the lower house of parliament.

Candidates are meeting voters in cafes and clothing shops, and planting flowers in an Algiers neighborhood to win support.

"We have to vote massively to reinforce political and security stability in the country, and offer support for President Bouteflika," said Djamal Ould Abbas, head of the governing National Liberation Front party (FLN), at his first rally this week in Khenchla, 500 kilometers east of Algiers.

The RND party, allied with the government, argues that a high turnout is needed to boost the legitimacy of the army in its fight against extremists. The Algerian Popular Movement party argues that high turnout is important to give the parliament a mandate to tackle the country's economic crisis.

Low energy prices in Algeria, a major gas producer, pushed the outgoing parliament to make unpopular decisions such as raising taxes and freezing public sector salaries. Diversifying the economy is a key priority for the next parliament.

Opposition parties, meanwhile, want high turnout to challenge the long-ruling FLN. While the FLN is expected to keep its parliamentary majority, the legislative elections are an important gauge of political shifts at a time when the president's health is a widespread concern.

He said voters were further alienated by corruption scandals around the creation of party lists in February.

Investigators discovered large amounts of cash when raiding the house of the son of the governing party leader last month — suspected payments by politicians seeking to be included in the FLN's electoral lists. Party leader Abbas acknowledged efforts to bribe his son, but accused political rivals of "abusing the naiveté" of his son to trap him.

"I am not a police officer. ... The affair is in the hands of justice," Abbas told a news conference.

The scandal is especially damaging to Abbas, who has repeatedly vowed to fight corruption in politics since taking the top job in September.

And his son's troubles aren't the only ones.

Hamid Farhi of the opposition Democratic and Social Movement party (MDS) said his party had been approached by people offering to gather signatures to support his candidacy in exchange for cash. "But we refused," he said.

A new election oversight body has been created to increase transparency. Its director Abdelwahab Derbal said "There were a few cases of fraud during the collection of signatures by some candidates. The perpetrators of this fraud and those implicated in peddling candidacies have been brought to the justice system and jailed," said on national radio last month.

"We will assure that the elections are clean," he said. However, he acknowledged, "It's not easy to change things from one day to the next."

The Algerian government wants a high turnout to send a message of confidence in its democracy to the international community. The Arab League, African Union and the Organization of the Islamic Conference have confirmed observer missions, though the UN and EU haven't responded.

"The people must not be allowed to lose hope in an electoral solution, so that they are not pushed towards radical and violent solutions," said Abdelmajid Menassra, candidate of the Islamist party Movement of Society for Peace. "That wouldn't be in anyone's interests. The electoral doorway must be left open, to protect the country and keep it stable and to maintain people's faith in their country and its future."