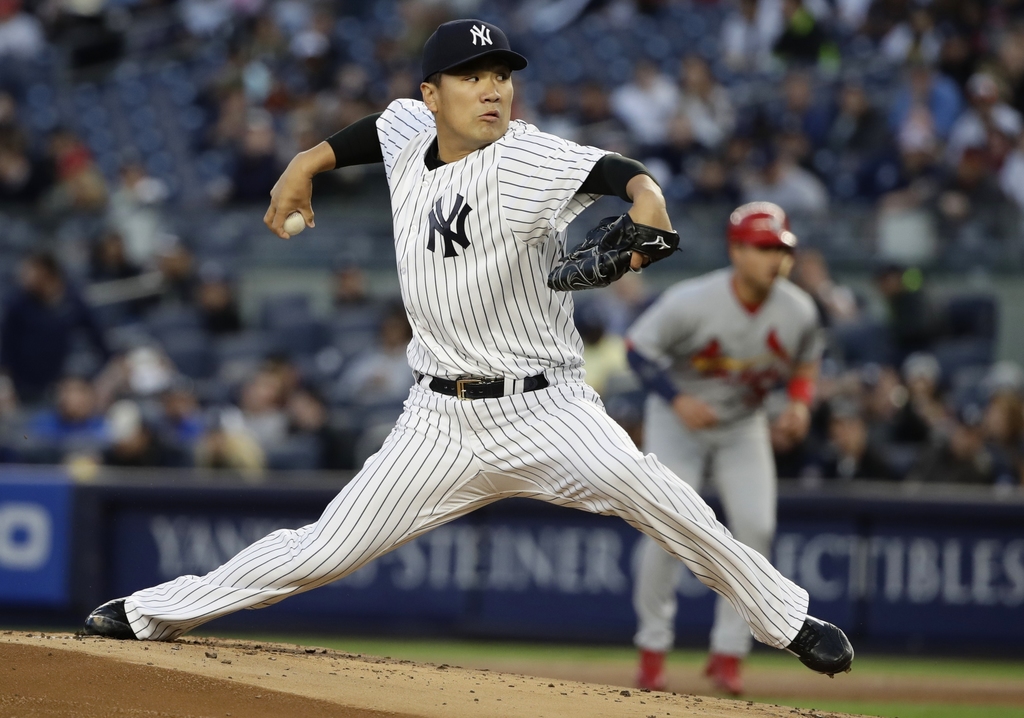 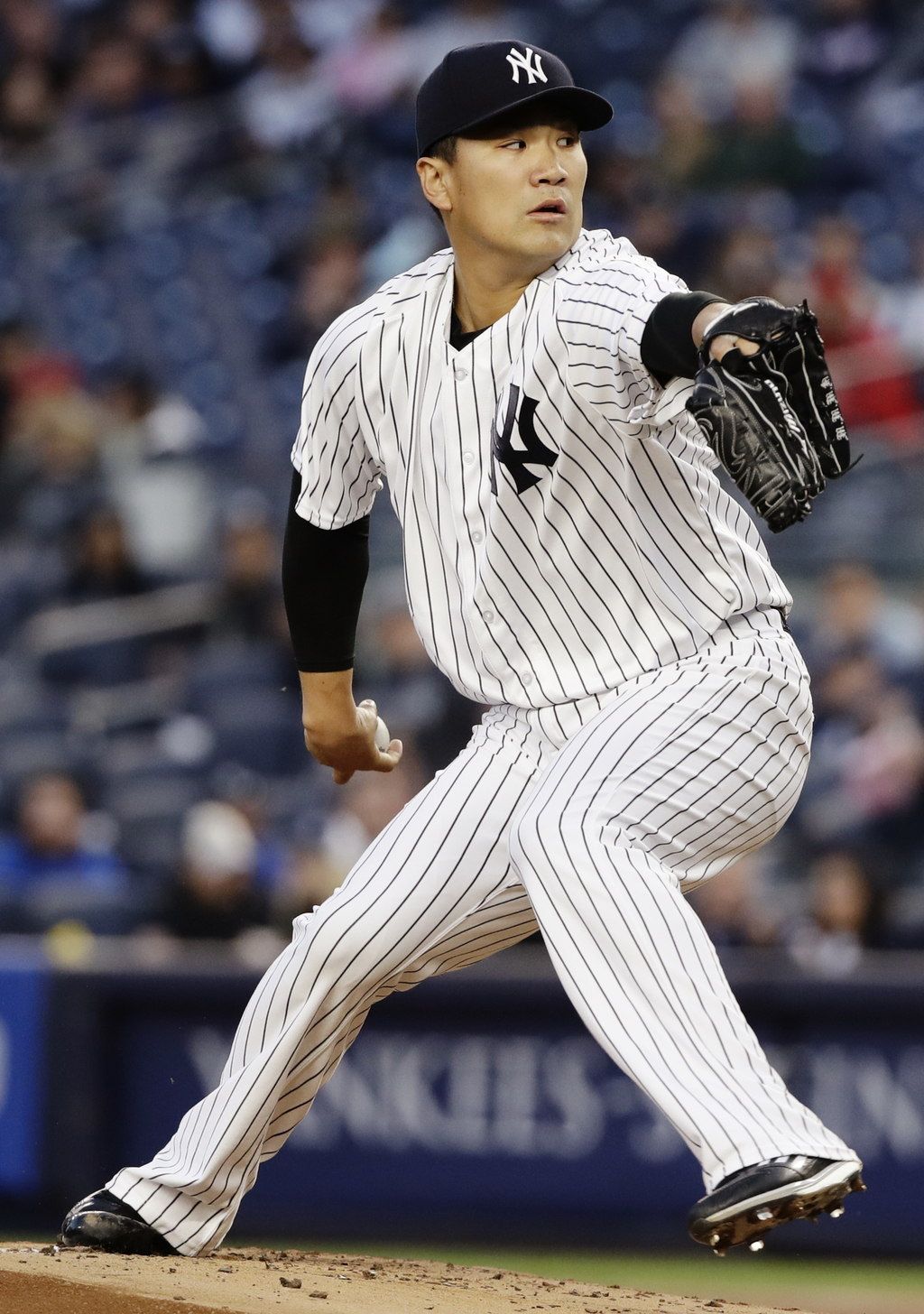 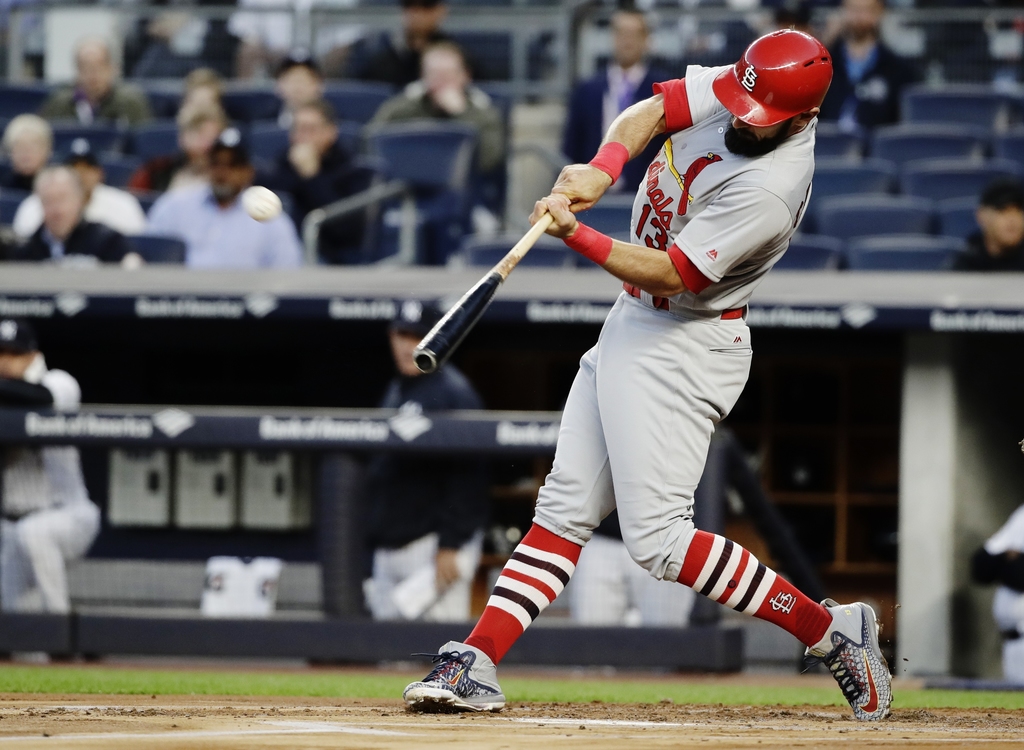 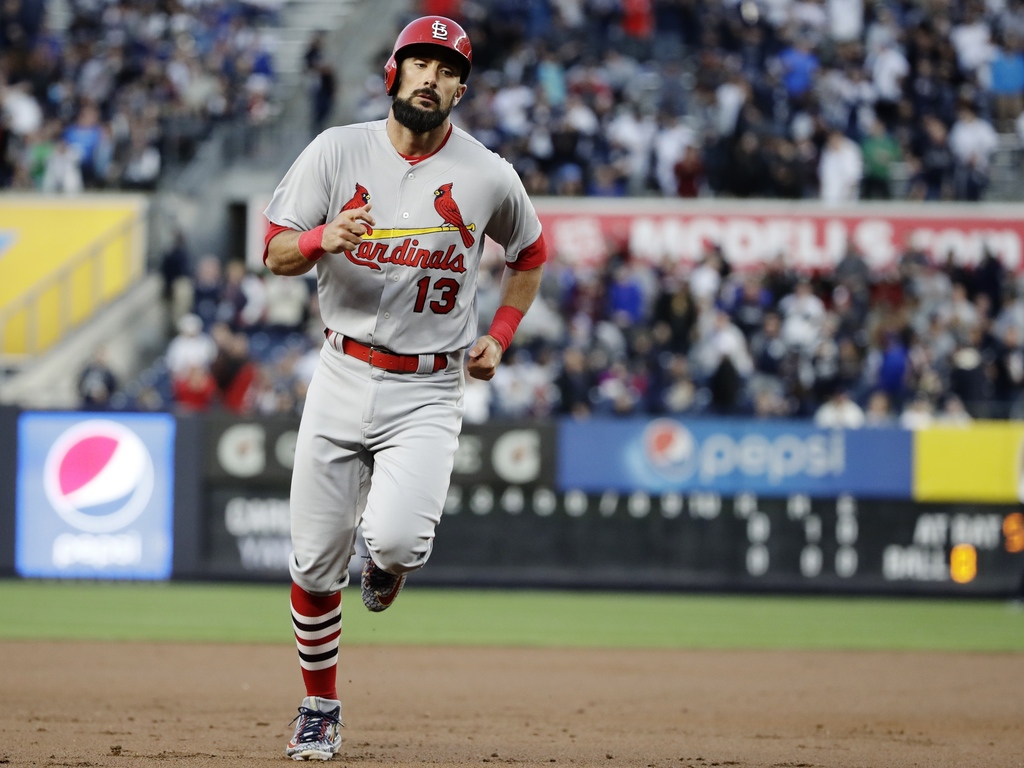 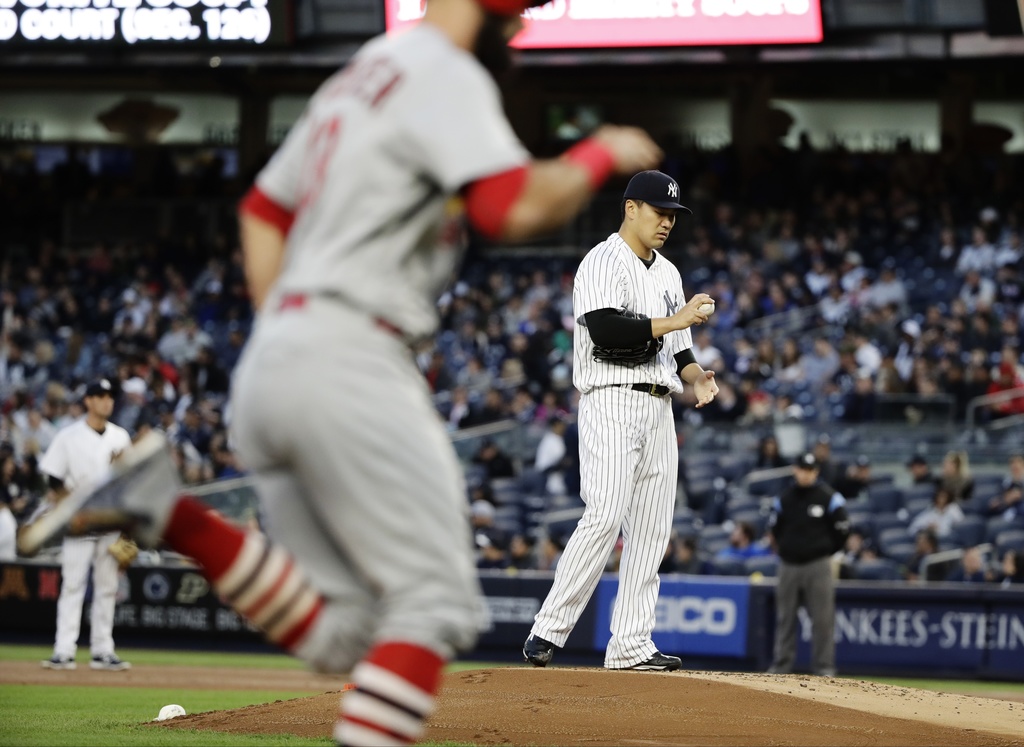 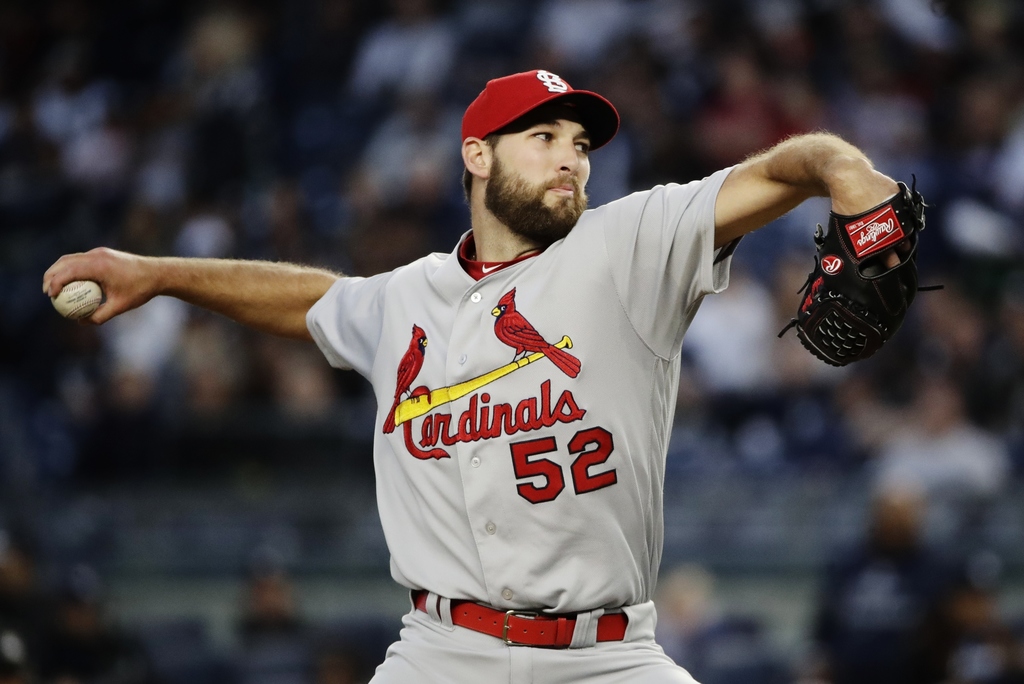 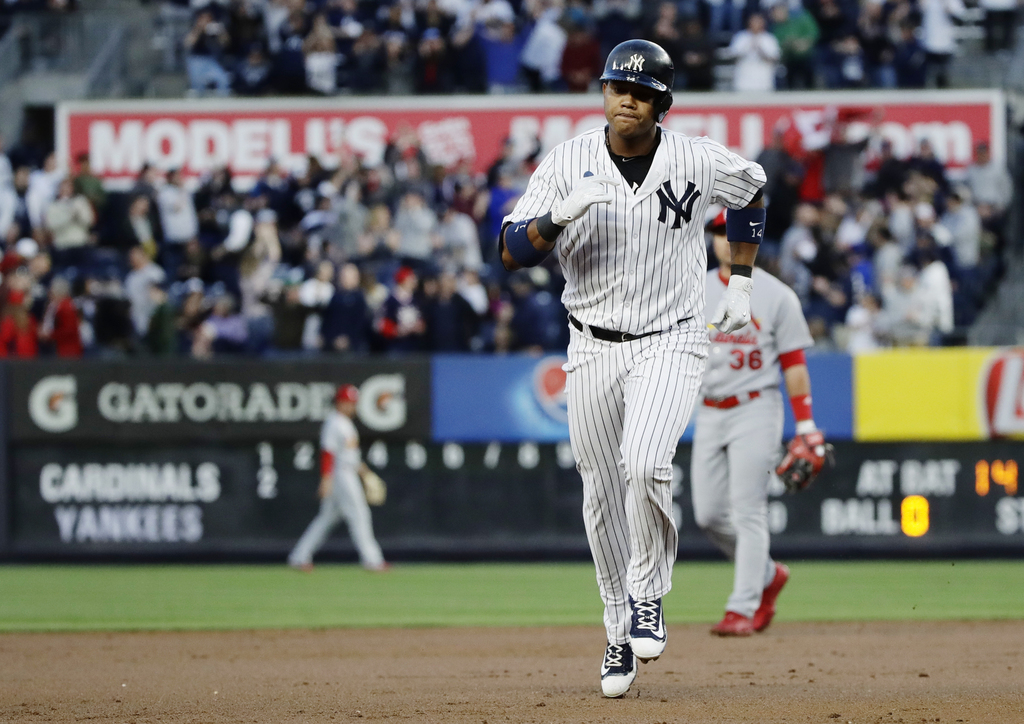 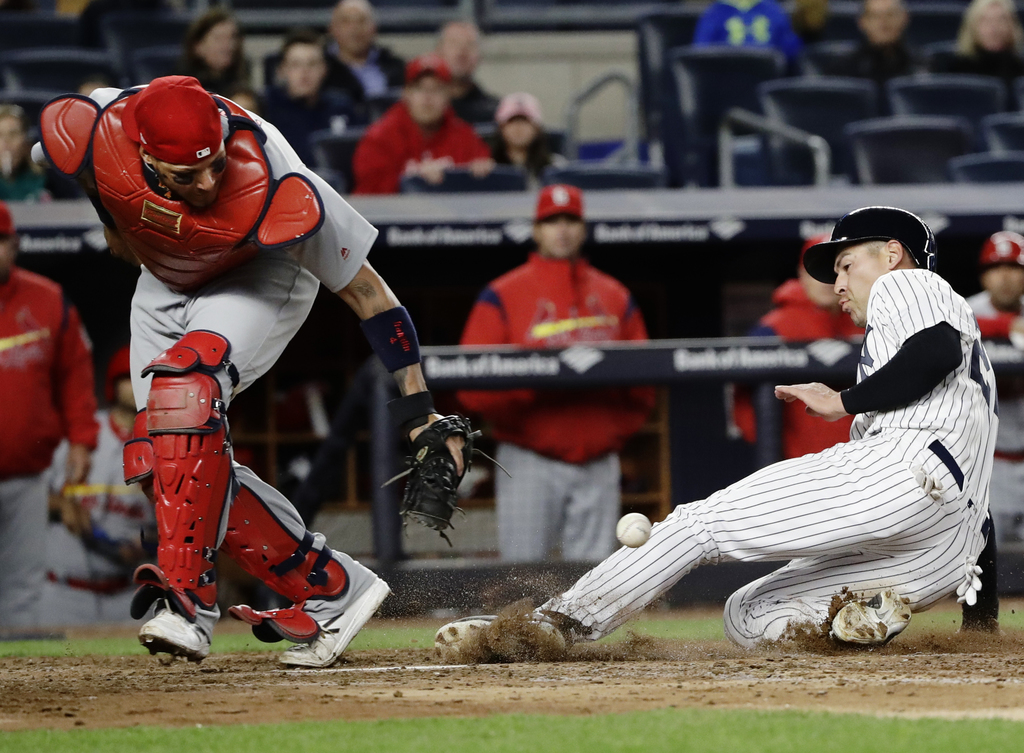 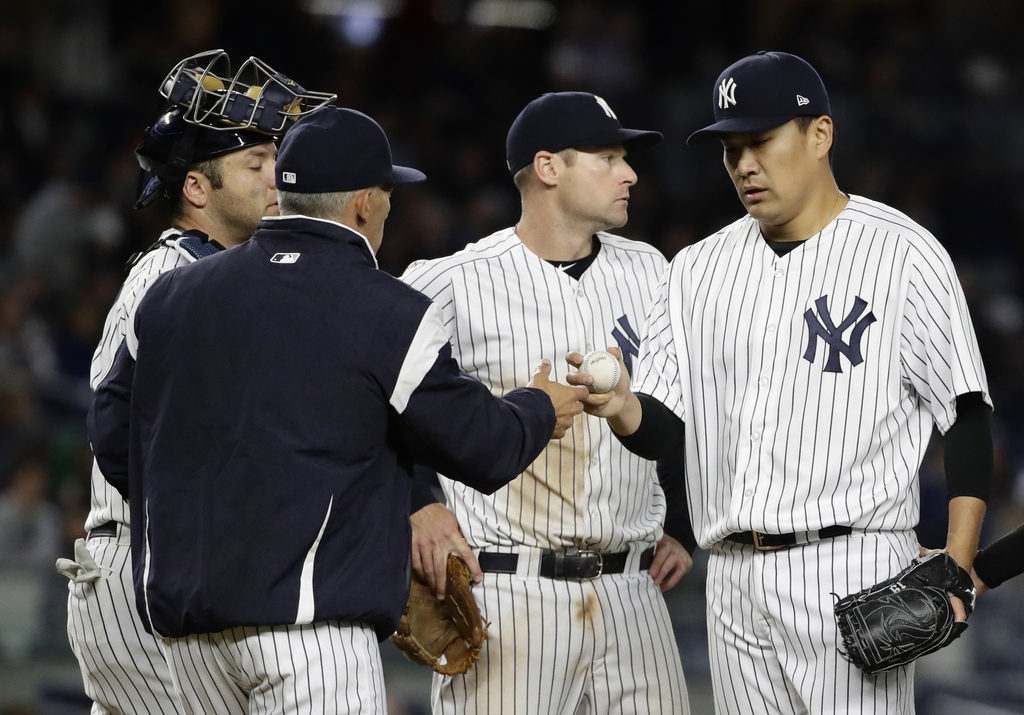 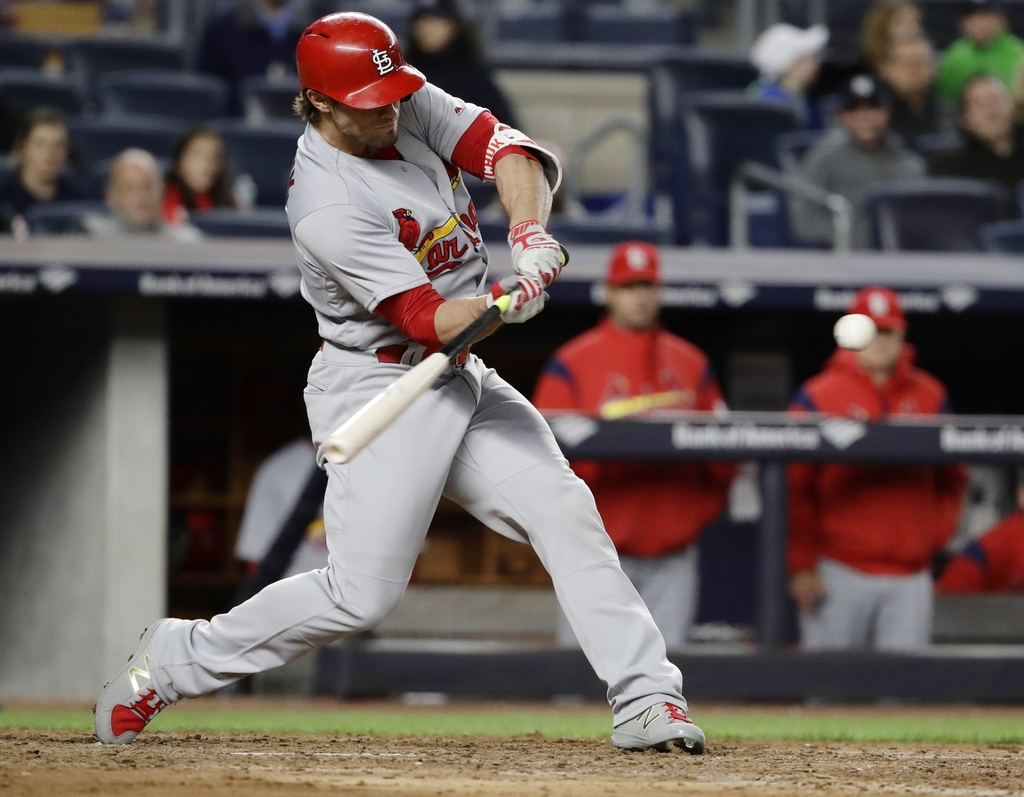 Next step: keep that form over a full game.

Tanaka delivered 6 1/3 effective innings, Aroldis Chapman escaped his own jam for his third save in three days and the Yankees beat the St. Louis Cardinals 4-3 for their fifth straight Major League Baseball win.

Tanaka (1-1) entered with an 11.74 ERA over his first two starts, but he recovered nicely Friday after Matt Carpenter's two-run homer in the first. The right-hander allowed three runs, five hits and two walks and struck out five.

"Especially from the start of the third inning, I thought his stuff got really sharp," New York manager Joe Girardi said.

Chapman allowed a two-out walk to Randal Grichuk and a double to pinch-hitter Jose Martinez before Dexter Fowler — the closer's teammate on the World Series champion Cubs last year — grounded out to second to end it. Chapman got his third save on the season.

New York has won its first four home games to start a season for the first time since 2003.

Girardi has tied Tanaka's early struggles to poor control and difficulties with his split-finger fastball. Tanaka's go-to pitch briefly betrayed him when he mis-located a trio of splitters to Carpenter — two in the dirt, one over the plate — before the Cardinals' No. 3 hitter launched his first homer of the season, a two-run shot off a 95 mph sinker.

Tanaka mostly cruised after that. He threw first-pitch strikes to 13 of his first 16 batters and retired 10 straight before Matt Adams' broken-bat single to start the seventh. A fielder's choice and a walk followed, and then Grichuk ended Tanaka's outing with an RBI double to left.

Two batters later, Fowler drove a ball to the warning track off Tyler Clippard, but right fielder Aaron Judge chased it down.

Tanaka also allowed three runs in the first inning of his previous start against Tampa Bay. Now that he's at least put together one solid outing, he's aiming to improve his first-inning performance — he called the early runs " a little bit deflating" through a translator.

The Cardinals are 3-7 this season and lost this one in part because of a messy defensive miscue. In the fifth, Jacoby Ellsbury was held at third on Chase Headley's double, but second baseman Kolten Wong still relayed the ball home from short right field. Catcher Yadier Molina misplayed the short-hop, and the ball rolled toward the backstop, allowing Ellsbury to score.