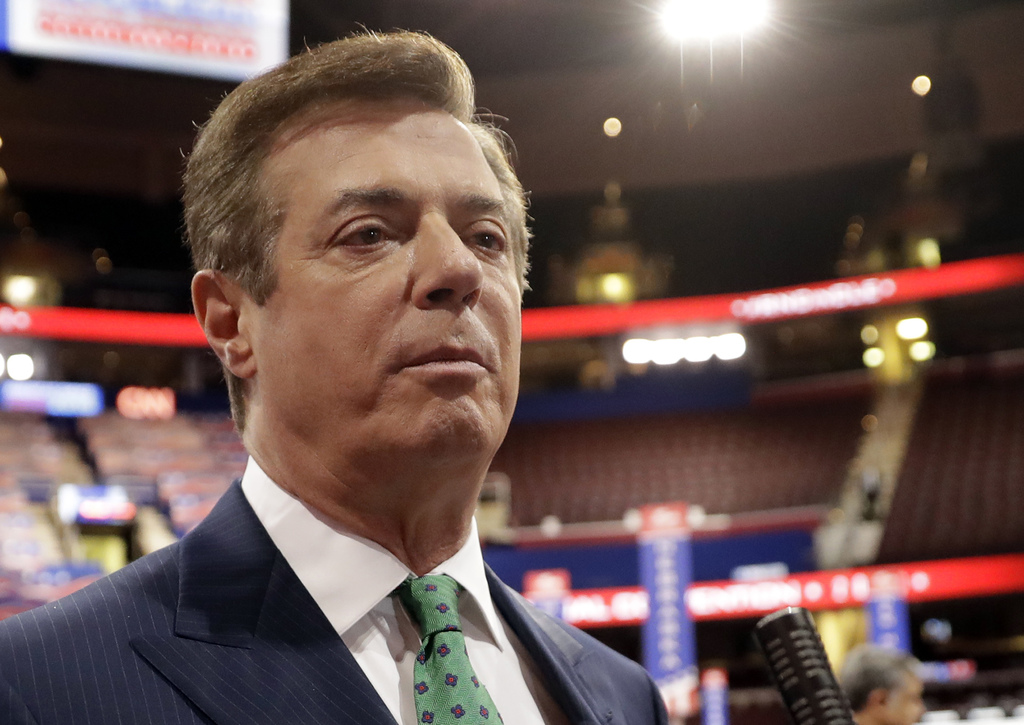 WASHINGTON (AP) — President Donald Trump likes to boast that he only hires the best people. But his personnel choices keep coming back to haunt him.

One of the people Trump hired for the White House was working as a foreign agent while advising him during the election. His campaign chairman caught the Justice Department's attention for similarly surreptitious work. And a third campaign adviser was reportedly surveilled by the FBI as part of an investigation into whether or not he was a Russian spy.

The tales of Michael Flynn, Paul Manafort and Carter Page — none of whom still work for Trump — have created a steady drip of allegations that have clouded Trump's early presidency and raised persistent questions about his judgment.

At worst, Trump's personnel picks appear to have left his campaign — and perhaps his White House — vulnerable to the influence of foreign powers. At best, they expose the long-term implications of his understaffed and inexperienced campaign organization and undermine his promises to surround himself with top notch talent.

Manafort, Flynn and Page have indeed become political liabilities for Trump that he can't shake in the White House. All three are being scrutinized as part of the FBI and congressional investigations into whether Trump associates helped Russia meddle in the 2016 election. The president has denied any nefarious ties to Russia and says he has no knowledge that his advisers were working with Moscow during the election.

The president's culpability appears greatest with Flynn, a retired U.S. Army lieutenant general who traveled with Trump frequently on the campaign and was tapped as national security adviser after the election. Flynn had been lobbying for a company with ties to Turkey during the 2016 election and even wrote an editorial on behalf of his client that was published on Election Day.

"No one expects them to do the equivalent of an FBI background check, but a simple Google search could have solved a lot of these problems," Dan Pfeiffer, who served as senior adviser to President Barack Obama, said of Trump's team.

After Trump's victory, Flynn's lawyers alerted the transition team that he may have to register as a lobbying for a foreign entity, according to a person with knowledge of those discussions. The White House hired him anyway. After the inauguration, Flynn's lawyers told the White House counsel's office that the national security adviser would indeed have to move forward with that filing.

Flynn was fired in February after the White House said he misled Vice President Mike Pence and other top officials about his conversations with Russia's ambassador to the United States.

Foreign lobbying is legal and lucrative. Both Republican and Democratic operatives offer their services to overseas clients. But the Justice Department requires Americans working on behalf of foreign interests to register, disclosing the nature of their work, the foreigners they dealt with and the money they made.

Willful failure to register for foreign lobbying work can carry up to a five-year prison sentence, but the Justice Department rarely brings criminal charges and instead urges violators to register.

On Wednesday, a spokesman for former Trump campaign chairman Manafort said that he, too, under pressure from the Justice Department, would formally file for prior foreign lobbying. Manafort's work for political interests in Ukraine occurred before he was hired as Trump's campaign chairman, spokesman Jason Maloni said, though the U.S. government raised questions about his activities after he was hired by Trump.

"The work in question was widely known, concluded before Mr. Manafort began working with the Trump campaign and was not conducted on behalf of the Russian government," Maloni said.

Manafort was pushed out of Trump's campaign in August after The Associated Press reported that his consulting firm had orchestrated a covert Washington lobbying operation on behalf of Ukraine's ruling political party without disclosing that work to the U.S. government.

The White House did not respond to questions Wednesday about when Trump learned about Manafort's foreign lobbying work and his discussions with the U.S. government about registering as a foreign agent.

The questions surrounding Page are perhaps the most serious. On Tuesday, the Washington Post reported that the Justice Department obtained a highly secretive warrant to monitor his communications because there was reason to believe he was working as a Russian spy.

In March, Trump personally announced Page as part of a newly minted foreign policy advisory team. But as questions began swirling about Page's ties to Russia, the campaign started moving away from the little-known investment banker. Trump has since said he had no relationship with him.

The New York Times reported Wednesday that the Justice Department only obtained the warrant after the campaign distanced itself from Page.

Chris Ashby, a Republican elections lawyer, said that while it's easy to blame Trump for missing red flags about his campaign advisers, it's not always possible to dig up details that potential hires aren't willing to disclose on their own.

"In the ideal world, you could rely on paid background checks, but you'd have to have the money and the time," Ashby said. "The farther down the ranks you go and certainly when you reach the ranks of unpaid advisers, that becomes impractical."