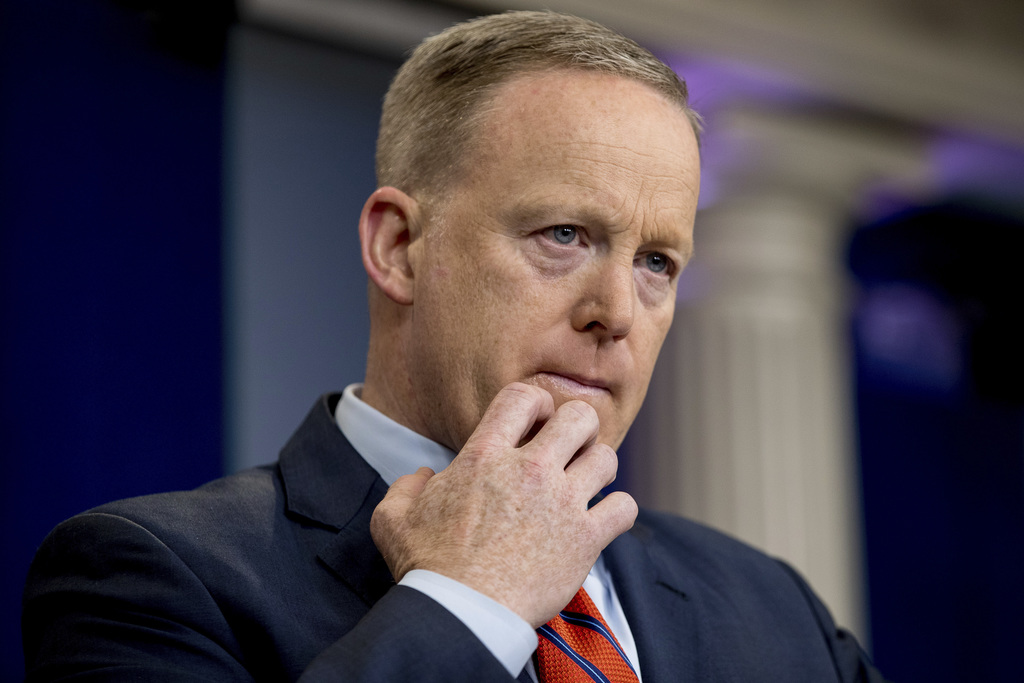 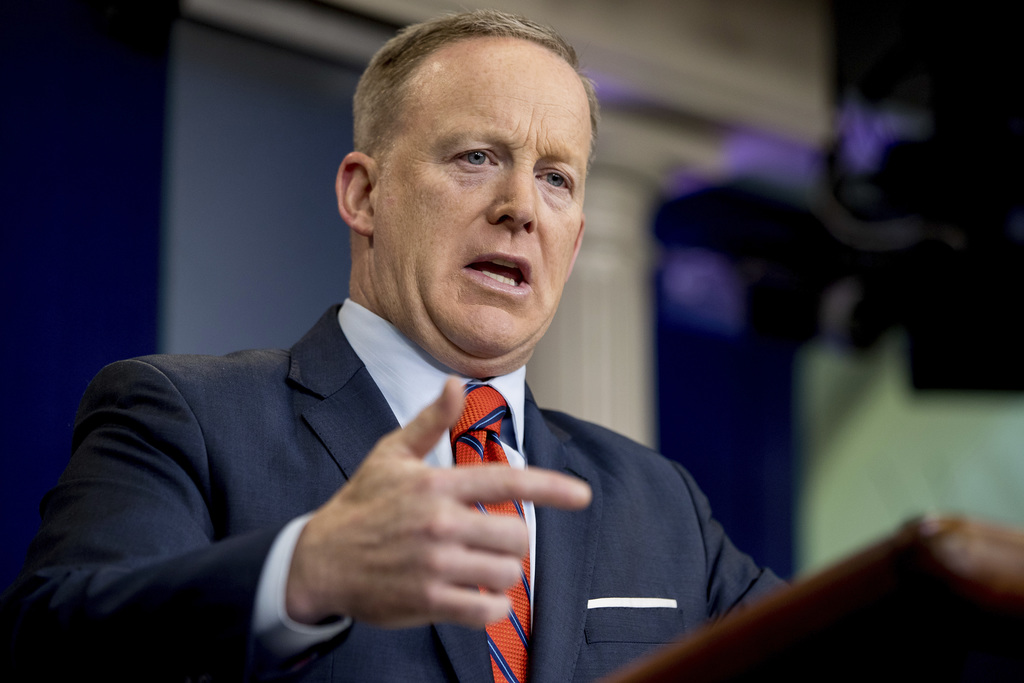 WASHINGTON (AP) — White House Press Secretary Sean Spicer has apologized for making an "inappropriate and insensitive" comparison to the Holocaust in comments about Syrian President Bashar Assad's use of chemical weapons — remarks that drew instant rebuke from Jewish groups and critics.

Spicer said in an interview with CNN that he was trying to make a point about Assad's use of chemical weapons and gas against his people Tuesday but "mistakenly made an inappropriate and insensitive reference to the Holocaust, for which there is no comparison. And for that I apologize. It was a mistake to do that."

During the daily White House briefing, Spicer told reporters that Adolf Hitler "didn't even sink to using chemical weapons." Critics noted the remark ignored Hitler's use of gas chambers to exterminate Jews during the Holocaust.

It was the second day in a row in which Spicer, President Donald Trump's principal spokesman, appeared to struggle to articulate the president's foreign policy at a critical time. The White House generated criticism at the start of the year when a statement on international Holocaust Remembrance Day did not make any reference to Jews.

In the CNN interview, Spicer said his comments did not reflect Trump's views. "My comments today did not reflect the president's, were a distraction from him and frankly were misstated, insensitive and wrong." He added, "Obviously it was my blunder."

The interview capped several attempts by the White House to clarify Spicer's statement.

During the briefing, Spicer was asked about his initial statement but delivered a garbled defense of his remarks in which he tried to differentiate between Hitler's actions and the gas attack on Syrian civilians last week. The attack in northern Syria left nearly 90 people dead, and Turkey's health minister said tests show sarin gas was used.

"I think when you come to sarin gas, there was no, he (Hitler) was not using the gas on his own people the same way that Assad is doing," Spicer said. "There was clearly ... I understand your point, thank you. There was not ... He brought them into the Holocaust center I understand that."

The comparison to World War II appeared to be part of a message the administration was trying to deliver as it explains its tactics in Syria. Defense Secretary Jim Mattis noted in a separate briefing that "the intent was to stop the cycle of violence into an area that even in World War II chemical weapons were not used on battlefields."

After the briefing, Spicer emailed a statement to reporters: "In no way was I trying to lessen the horrendous nature of the Holocaust. I was trying to draw a distinction of the tactic of using airplanes to drop chemical weapons on population centers. Any attack on innocent people is reprehensible and inexcusable."

House Democratic leader Nancy Pelosi of California said in a statement that Spicer was "downplaying the horror of the Holocaust" and should be fired. Sen. Ben Cardin, D-Md., said on Twitter, "Someone get @PressSec a refresher history course on Hitler stat (hashtag)#Icantbelievehereallysaidthat."

The New York-based Anne Frank Center for Mutual Respect called on Trump to fire Spicer, saying he denied that Hitler gassed Jews during the Holocaust.

Rep. Lee Zeldin, a Jewish Republican from New York, said in a statement that "as far as comments being made and comparisons of various tactics and methods between now and World War II, you can make the comparison a little differently and it would be accurate, but it's important to clear up that Hitler did in fact use chemical warfare to murder innocent people."

But Matt Brooks, executive director of the Republican Jewish Coalition, said that while "using the issue of the Holocaust or Hitler is problematic on many levels," he believed Spicer had "genuinely and sincerely apologized."

"He's bent over backward to make clear those views are not his, not what he was trying to say," Brooks said in a statement, adding, "We accept that and move on."

Spicer's comments came on the first day of Passover and a day after the White House held a Seder dinner marking the emancipation of the Jewish people, a tradition started during the Obama administration.

According to the U.S. Holocaust Memorial Museum, the Nazis experimented with poison gas in late 1939 with the killing of mental patients, which was termed "euthanasia." Both mobile and stationary gas chambers were later used, with up to 6,000 Jews gassed each day at Auschwitz alone.

On Monday, the White House clarified remarks Spicer made from the podium that the use of barrel bombs by Assad's government might lead to further military action by the United States.

In an exchange with reporters, Spicer appeared to draw a new red line for the Trump administration when he told reporters that if a country gases a baby or it puts "a barrel bomb into innocent people, I think you will see a response from this president."

Until Monday the administration had maintained that last week's airstrikes were in response to the Syrian government's use of chemical weapons against its own citizens. A White House spokesman said later that "nothing has changed in our posture" and the president retains the option to act if it's in the national interest.