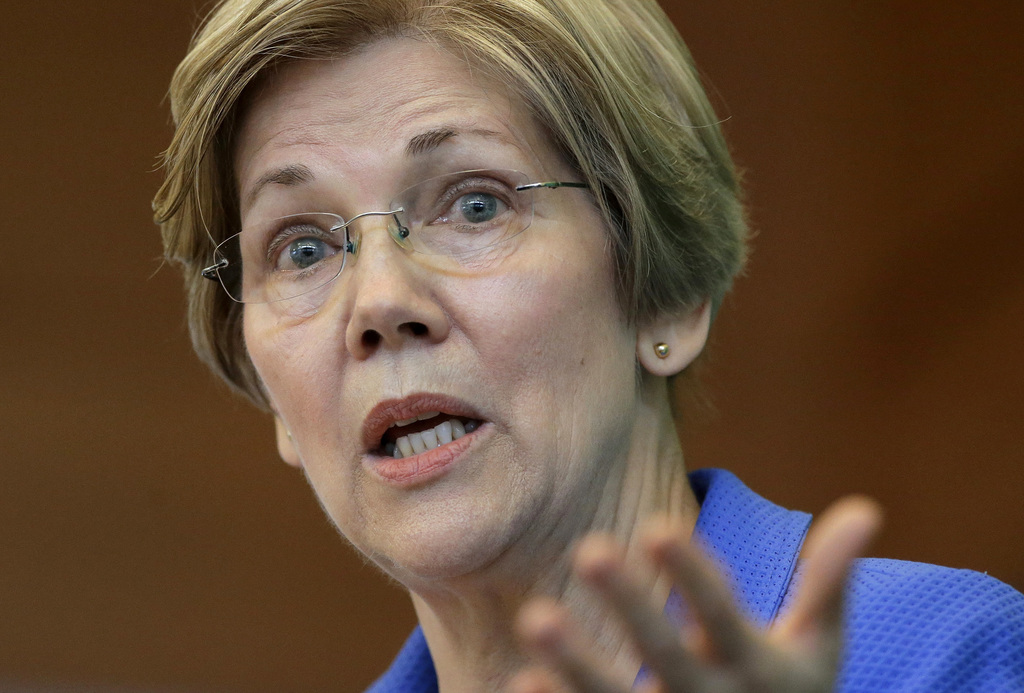 BOSTON (AP) — U.S. Sen. Elizabeth Warren is revving up her already formidable fundraising juggernaut, raking in more than $5.2 million in the first quarter of the year to bring her campaign account to more than $9.2 million.

The spike in donations represents about a five-fold increase from the last quarter of last year, when she pulled in about $1 million.

Warren, a Massachusetts Democrat and a frequent critic of Republican President Donald Trump, is facing re-election next year. The push to bulk up her campaign account comes amid recent polls suggesting support for her may be softening among some Bay State voters.

The fundraising totals released Wednesday by her campaign continue to reflect strong backing for her from her core supporters.

Campaign officials say about three-quarters of the latest haul came from Warren supporters outside Massachusetts.

In a statement Tuesday before releasing the final totals, Warren said that in the first three months of this year nearly 16,000 people from across Massachusetts chipped in to support her campaign. She also posted a map of Massachusetts online showing donations came from nearly every corner of the state.

"To me, this map shows something powerfully important: that a strong grassroots movement is ready to fight back and make real change for our commonwealth and our country," Warren wrote. "I'm deeply grateful that you're a part of this fight — and we're just getting started."

Warren started the year with about $4.8 million in her campaign account, the biggest piggybank of any Senate Democrat facing voters next year, according to an Associated Press review of campaign finance records.

While Warren remains popular among the Democratic Party's liberal wing, Republicans are hoping her attacks on Trump may have begun to backfire on her even in Massachusetts, which leaned heavily against Trump in last year's election and handed Democrat Hillary Clinton a 27 percentage-point margin of victory.

Warren is adept at seizing fundraising opportunities — intended or not.

After Senate Republicans rebuked Warren for reading from a letter by Coretta Scott King during February's debate on the nomination of former Alabama U.S. Sen. Jeff Sessions for U.S. attorney general, Warren sent an email to outraged backers.

The liberal group MoveOn.org said at the time it quickly raised more than $250,000 for her.

Warren also started selling T-shirts saying "Nevertheless, She Persisted," echoing Republican Kentucky U.S. Sen. Mitch McConnell, the Senate majority leader, who said, "She was warned. She was given an explanation. Nevertheless, she persisted," before silencing Warren.

Warren also raked in donations from virtually every state in 2015 and 2016. Nearly all of her contributions came from individual supporters, with just $34,000 from political action committees and other groups.