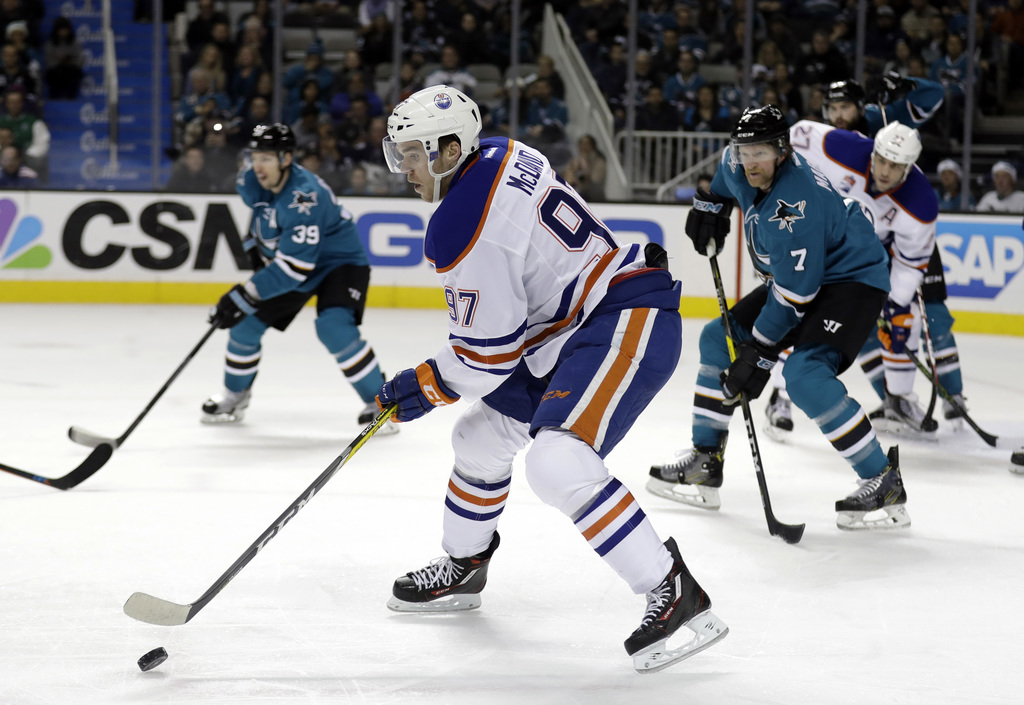 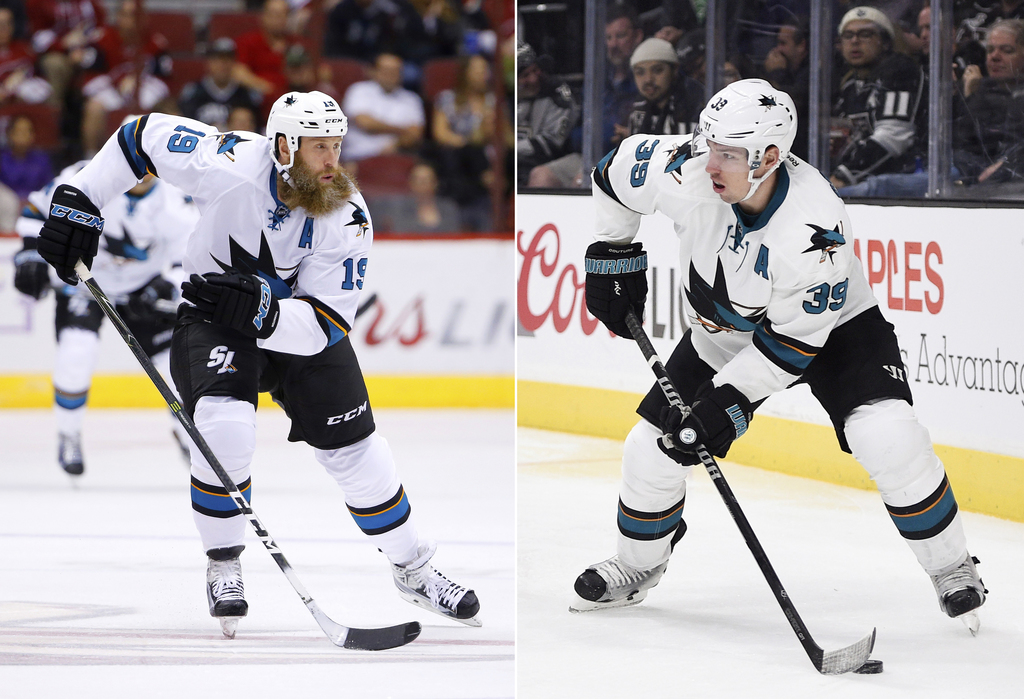 SAN JOSE, Calif. (AP) — No matter who is healthy enough to play for the San Jose Sharks when they open their first-round playoff series against the Edmonton Oilers, the task will be the same.

If the Sharks are going to duplicate last year's long run to the Stanley Cup Final, they must start by figuring out how to slow down Oilers superstar Connor McDavid starting in Game 1 on Wednesday in Edmonton.

"He's so fast, so skilled," forward Jannik Hansen said. "You want to make sure that he doesn't get easy opportunities, odd man rushes — make sure he's coming through three or four guys. ... You can't contain guys like that. It's not easy."

This has been a breakout season for McDavid, who entered the league in 2015 with the hype of being the next great NHL star. He is already living up to that billing at age 20, leading the league in scoring with 100 points and taking the Oilers to their first playoff appearance since 2006.

Now, McDavid gets to shine on the playoff stage against a Sharks team that could be without its top two centers in Joe Thornton and Logan Couture.

"At the end of the day it's still hockey," McDavid said. "I think everyone talks about playoff hockey and all that but it's still the game that we've all been playing since we were young. That part of it doesn't change."

The Sharks had success slowing down big scorers like Tyler Toffoli, Filip Forsberg and Vladimir Tarasenko on their run through the Western Conference last spring. Those three combined for one goal, one assist and a minus-18 rating in 17 games against the Sharks last season with shutdown defensive pair Marc-Edouard Vlasic and Justin Braun doing most of the work.

"We did it the same way we're going to do this," coach Peter DeBoer said. "It was by committee and by whoever's on the ice getting the job done and if we have the puck, they don't have it. Everything we've done, we're not changing the formula because we're playing Connor McDavid or the Edmonton Oilers or this is new. We know how to handle good players and that's on us to get the job done."

Here are some other things to watch:

DOWN THE MIDDLE: The series could hinge on the health of Couture (mouth) and Thornton (left knee), who both missed the end of the regular season. Both players practiced this week but remain day to day. Couture worked on the top line and the top power-play unit, while Thornton had less time on the ice with the extra forwards. Thornton did say he remains confident he'll be able to play Wednesday.

FAMILIAR FACES: Oilers coach Todd McLellan is quite familiar with many of the Sharks, having coached in San Jose seven seasons before being fired in 2015. He took over Edmonton and helped the Oilers get back to the playoffs in just his second year. But despite a long history with many of the key players on the Sharks, McLellan sees little advantage.

SPECIAL TEAMS: The Sharks rode a potent power play all the way to the finals last season, converting 24 percent of opportunities and scoring 18 goals overall in the four rounds. They have been much less successful this season despite the same top unit, ranking 25th in the league in the regular season at 16.7 percent. Edmonton was much more effective in the regular season, ranking fifth in the league at 22.9 percent.

WORKHORSE GOALIES: Edmonton's Cam Talbot and San Jose's Martin Jones were two of the most worked goalies in the regular season. Talbot led the league with 73 starts and set a franchise record with 42 wins. Jones was tied for third with 65 starts despite struggling a bit down the stretch. Jones enters with much more postseason experience, having backstopped San Jose's long run last year, while Talbot has never started a playoff game.

LUCIC THE LEADER: While many of Edmonton's key players will be getting their first taste of the NHL playoffs, the Oilers do have a few key veterans to show the youngsters the way. None of those players is as battle tested as forward Milan Lucic, who has 26 goals in 101 career playoff games and helped Boston win the Stanley Cup in 2011.