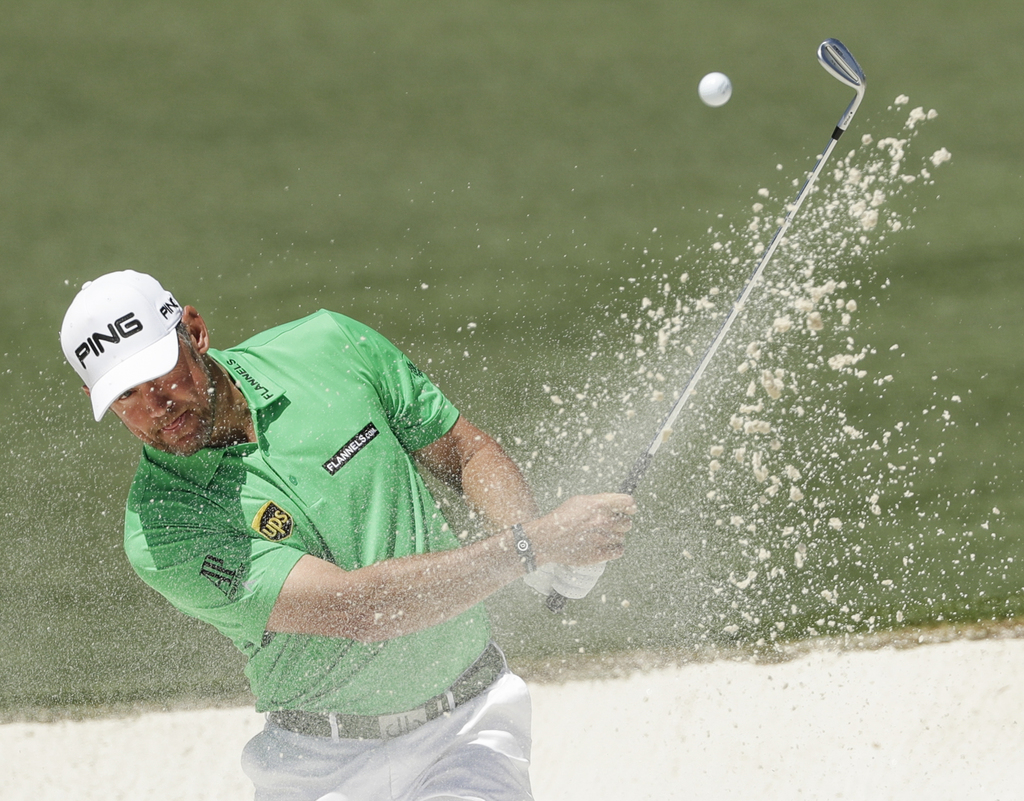 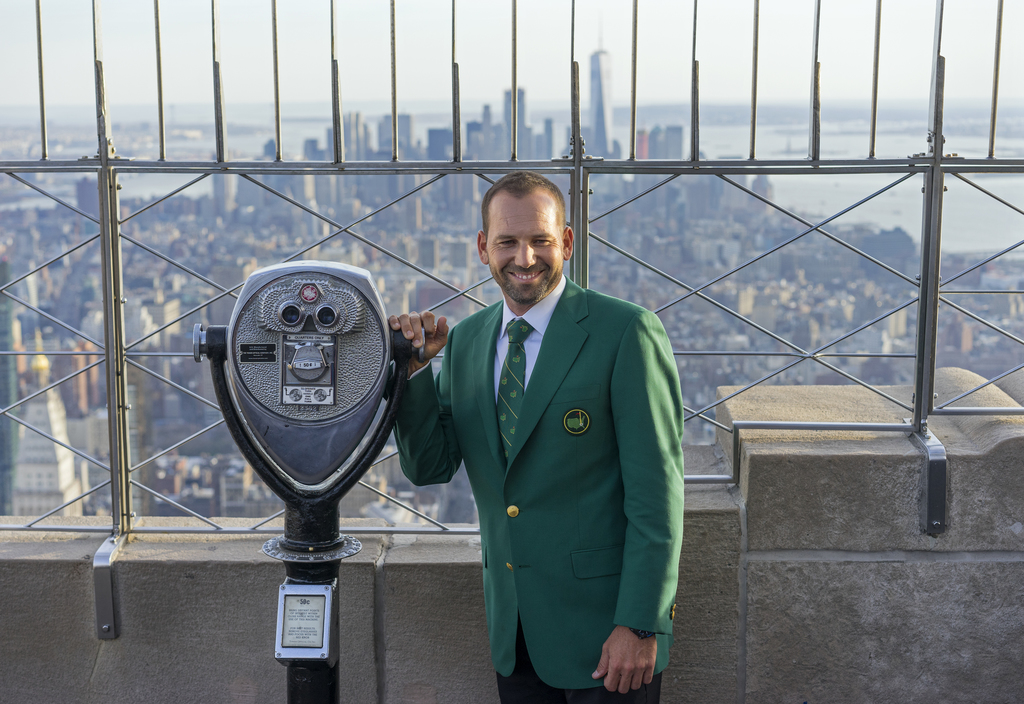 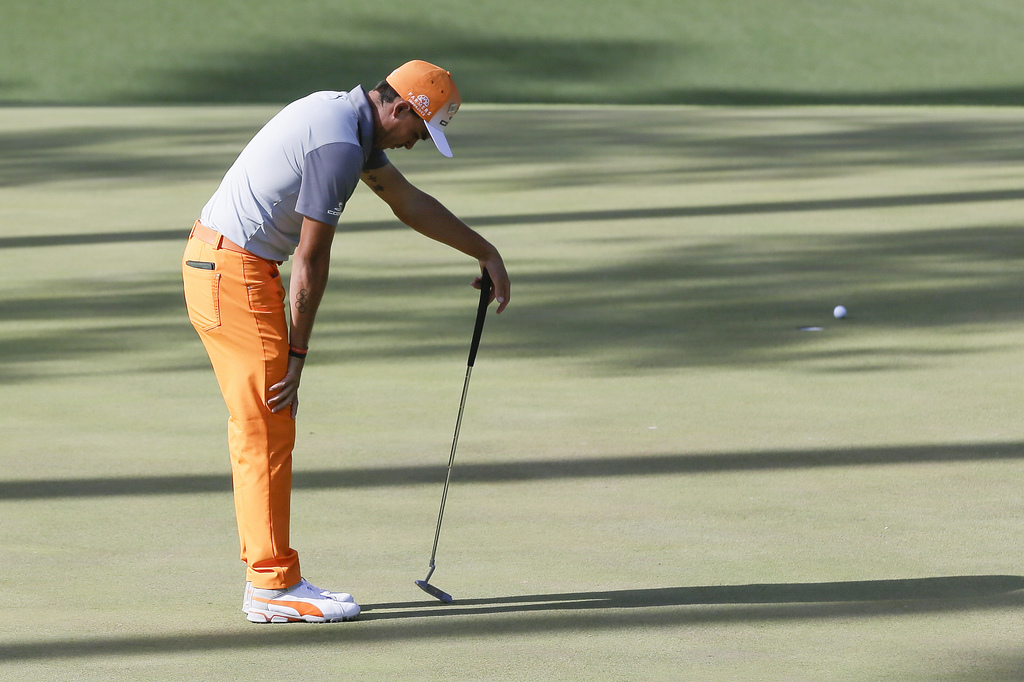 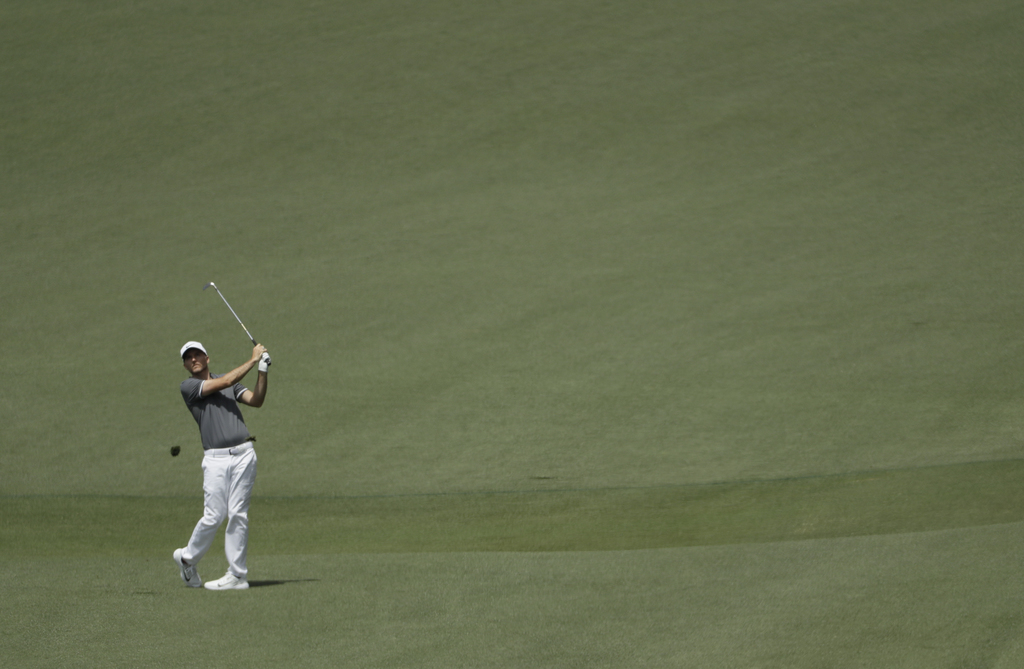 AUGUSTA, Ga. (AP) — Lee Westwood already had qualified as the best player to have never won a major even before Sergio Garcia won the Masters.

Garcia only made it less of a debate.

The focus is sure to shift between now and the U.S. Open over who fits into that category. When the label first became popular in the early 1990s, it was easy to judge the candidates because of their victories, the number of majors they had played and how many times they came close to winning.

Tom Kite was the first big name to shed the label when he won the 1992 U.S. Open at age 42. Among those who followed Kite in finally winning majors were Corey Pavin (1995 U.S. Open) and Davis Love III (1997 PGA Championship). The biggest was Phil Mickelson, who won his first major at the 2004 Masters.

Colin Montgomerie owned the title for the better part of a decade, and his time is gone. Montgomerie is on the 50-and-older circuit and only gets into majors when he wins the corresponding major on the PGA Tour Champions circuit.

Westwood is headed down that path.

At age 43, he has 39 victories worldwide and is one of only two players without a major to have been No. 1 in the world ranking. The other is Luke Donald, but what sets them apart is the number of chances Westwood has had in the majors.

Westwood had a birdie putt on the final hole at Torrey Pines to get into a playoff with Tiger Woods and Rocco Mediate in the 2008 U.S. Open. A year later, a three-putt bogey from long range (after a magnificent shot from a fairway bunker) kept him out of a British Open playoff between Stewart Cink and Tom Watson. The next year, he was the 54-hole leader at the Masters when Mickelson outplayed him. And in 2013, Westwood was the 54-hole leader at Muirfield when Mickelson beat him at the British Open.

Westwood is running out of time. The oldest player to win his first major was Jerry Barber, who was 45 when he won the 1961 PGA Championship.

Rickie Fowler is too young (28) with too few victories (four on the PGA Tour, two on the European Tour). David Duval was the only player in his 20s considered the best without a major. He was 29, had been No. 1 and was seen as the biggest threat to Woods.

Brandt Snedeker (8) and Matt Kuchar (7) haven't won enough on the PGA Tour or seriously contended in enough majors to properly wear the label. More likely to be considered was Steve Stricker, but he now is 50 and splitting time on the PGA Tour Champions.

One thing about that label over the years: It can be seen as a compliment ("At least 'best player,' there's something good there," Garcia said). Mostly, though, it's something that players would find irritating if they were honest with themselves.

For now, Westwood is the only active player who has reason to be irritated.

SHORT WEEK AT INDY: Five months before the inaugural Indy Women in Tech Championship, the LPGA Tour's newest tournament is being reduced to 54 holes.

The LPGA Tour said the new tournament, to be played at Brickyard Crossing Golf Course in Indianapolis, will be Sept. 7-9, ending on a Saturday. The concern was that top players would skip the event because of travel to France for the fifth and final LPGA event of the year.

The Evian Championship is to be played Sept. 14-17.

The Indy Women in Tech Championship was announced last year as a 72-hole event on Sept. 7-10.

The LPGA Tour said it would try to find the right date for a 72-hole event in the future, provided it matches the LPGA schedule with Indianapolis' sporting calendar.

FOWLER'S FOLD: Rickie Fowler has several top finishes in the majors, which is not to suggest he has finished all that well.

The Masters was the latest example.

Fowler started the final round one shot behind co-leaders Sergio Garcia and Justin Rose, his best position ever going into the final round at a major. He made a tough par save from the fairway bunker on No. 1 and rolled in an 8-foot birdie putt on No. 3. And that was the extent of his chances Sunday at Augusta.

"Chipping and putting kind of went sideways on me," said Fowler, who closed with three straight bogeys for a 76 to tie for 11th, eight shots behind. "Every time I chipped it close, I missed the putt. Or I didn't chip it close enough and I'd still miss the putt."

This was the fourth time Fowler has started the final round of a major within three shots of the lead, and he has broken par only once. That was at rain-softened Valhalla for the 2014 PGA Championship. He was two shots behind Rory McIlroy, shot 68 and finished two shots behind.

Fowler was two shots behind Bubba Watson and Jordan Spieth in the 2014 Masters, took himself out of the mix early and shot 73 to finish six behind. He was three shots behind Darren Clarke at Royal St. George's in the 2011 British Open, shot 72 and finished five shots behind.

He also was runner-up at the U.S. Open and British Open in 2014, though he never had a serious chance to win. Martin Kaymer at Pinehurst No. 2 and McIlroy at Royal Liverpool both went wire-to-wire those weeks.

RETURN VISIT: Russell Henley was the last player into the Masters and among the first to book his return.

Henley qualified for Augusta National only by winning the Houston Open. With a 3-under 69 on Sunday, which including holing out for eagle from the fifth fairway, the Macon native moved into a tie for 11th.

"I felt a little bit sloppy with my swing, a little loose," Henley said. "It's just how the game is sometimes. But I'm happy with how I putted, how I hung in there and gave my best shot. And had my best finish here."

That finish came with a perk. The top 12 are invited back next year.

Of the 15 players who finished among the top 12 and ties, four are Masters champions (including the latest one, Sergio Garcia) and three others already were set for the 2018 Masters as recent winners of majors or The Players Championship (Justin Rose, Rory McIlroy, Rickie Fowler).

Kevin Chappell got in this year by making it to the Tour Championship. Thomas Pieters narrowly finished in the top 50 in the world at the end of last year (and since moved farther up with a pair of top 5s against strong fields). They also finished among the top 12.

DIVOTS: Sergio Garcia was the only player to break par all four days at the Masters. ... Brandon Stone has won the Order of Merit on the Sunshine Tour is South Africa for the first time. That makes him eligible for the British Open this summer, the Nedbank Golf Challenge in November and the World Golf Championship in Mexico next March. ... Davis Love III is playing Hilton Head for the 29th time, one short of the record number of appearances by Jay Haas. Love is a five-winner.... Greg Norman's popular team event at the end of the year now will be called the QBE Shootout after the Shark signed up Sydney-based QBE Insurance Group.

STAT OF THE WEEK: For the sixth time in the last seven years, the Masters champion was a first-time major winner.

QUOTE OF THE WEEK: "Fortunately, I get to come back for another 50 years." — Jordan Spieth after closing with a 75 to tie for 11th at the Masters.