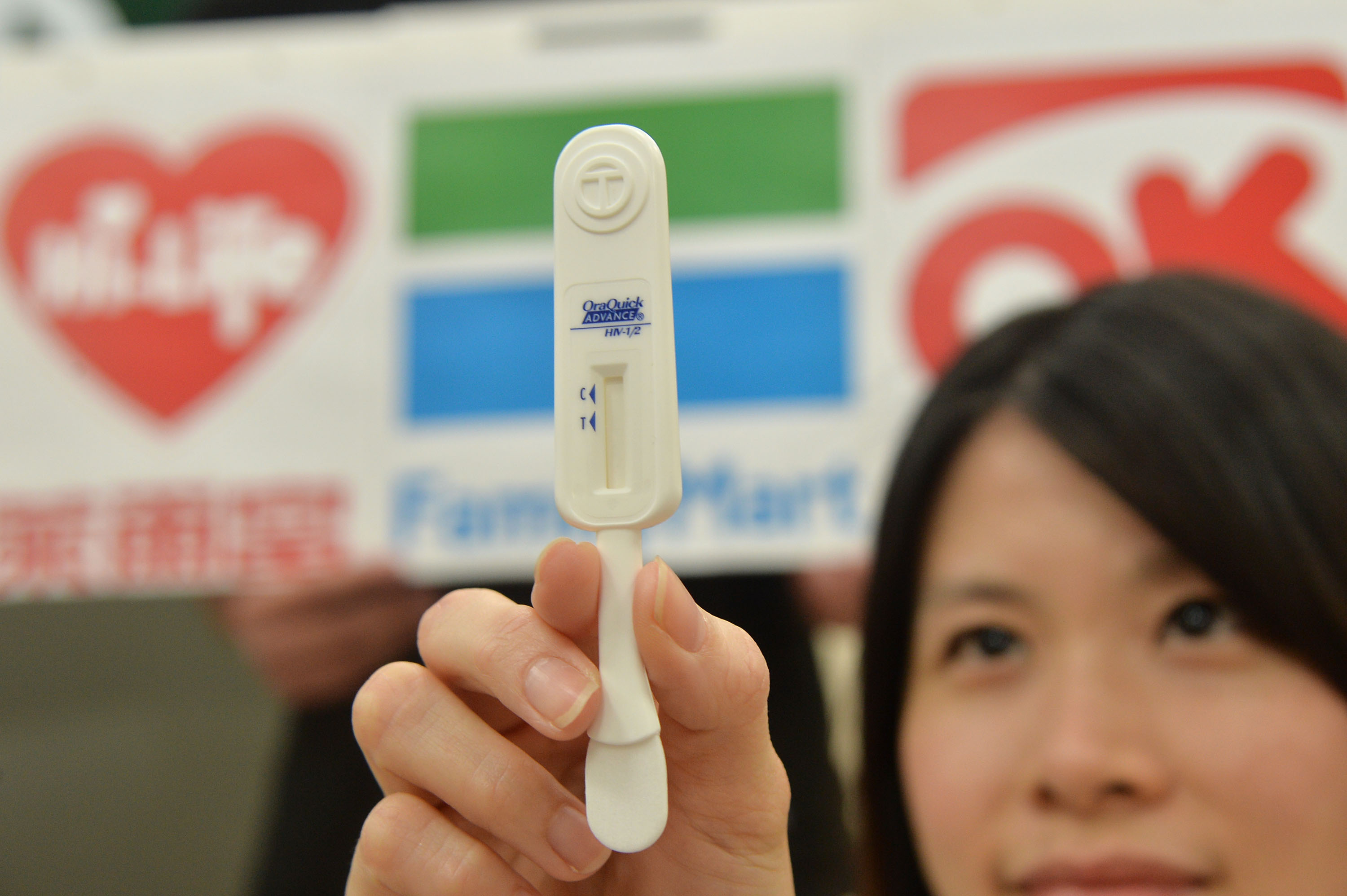 The public will now be able to obtain HIV saliva test kits through convenience chain stores, in addition to local health bureaus and civic groups, the Centers for Disease Control (CDC) announced Tuesday.

Philip Lo (羅一鈞), deputy director of the CDC, said HIV testing has expanded over the past several years, enabling people to learn if they have been infected early. But it is estimated that 25 percent of those infected are still unaware of their infection.

"Singling out this group of people has become the key to combat the spread of the disease," Lo said. The CDC launched the HIV saliva quick test at home program Sept. 1, 2016. It distributed 4,812 test kits during a three-month trial period. A total of 2,200 people registered online, and 25 of them tested positive.

In a survey of those who took part in the program, 40 percent expressed the hope of obtaining the test kits online.

Members of the public need only register online (http://otc.cdc.gov.tw/buy) to purchase the kits from the nearest Family Mart, OK and Hi-Life convenience stores for NT$245 each.

Lo said that the accuracy of the saliva test is as high as 90 percent.

The CDC also said that the saliva test is easy, and the results can be learned in 20 minutes. To avoid a window period, it also advised a wait for three months before taking the test after unsafe sex.