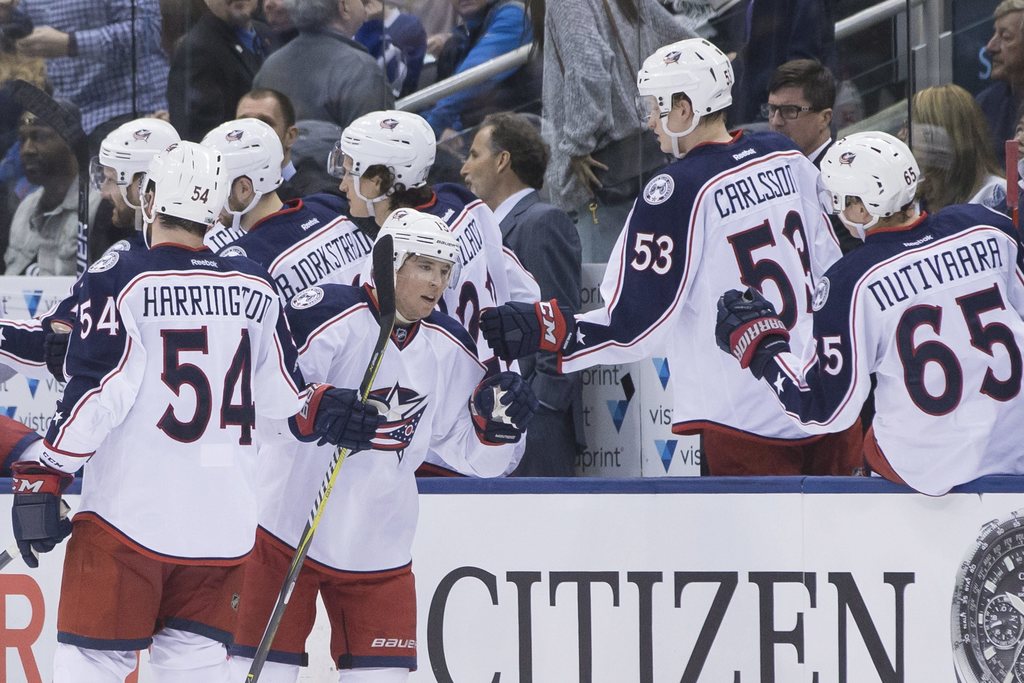 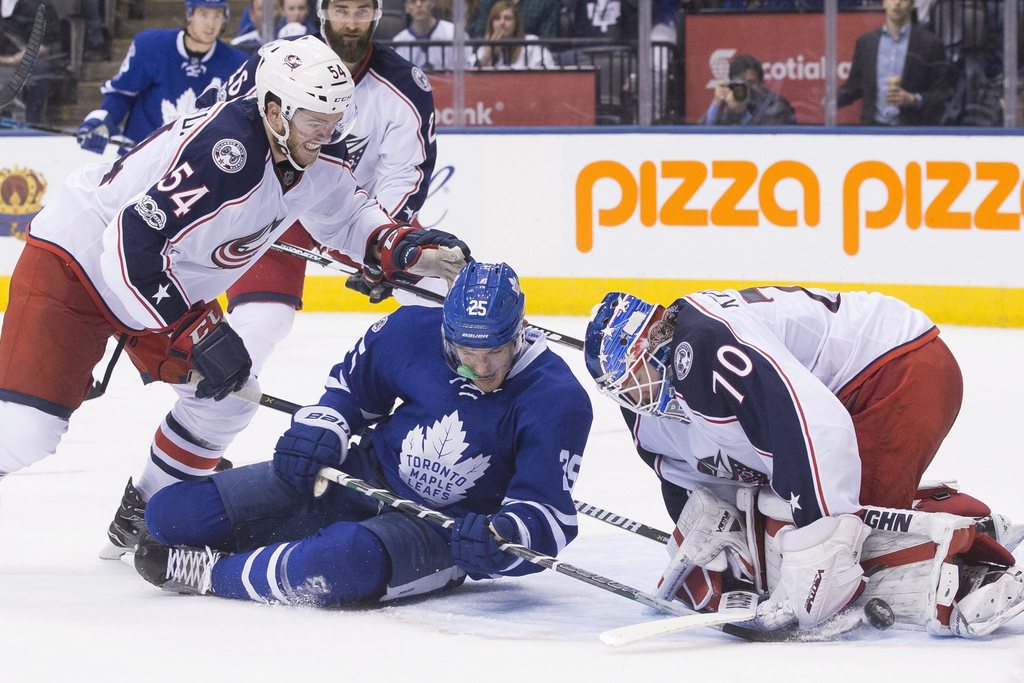 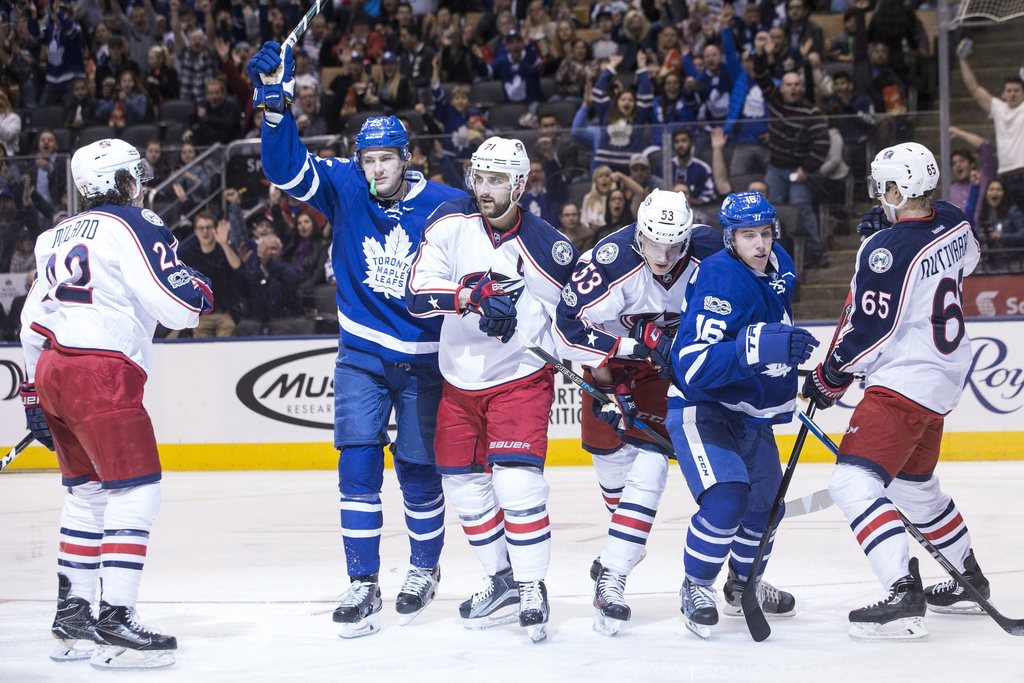 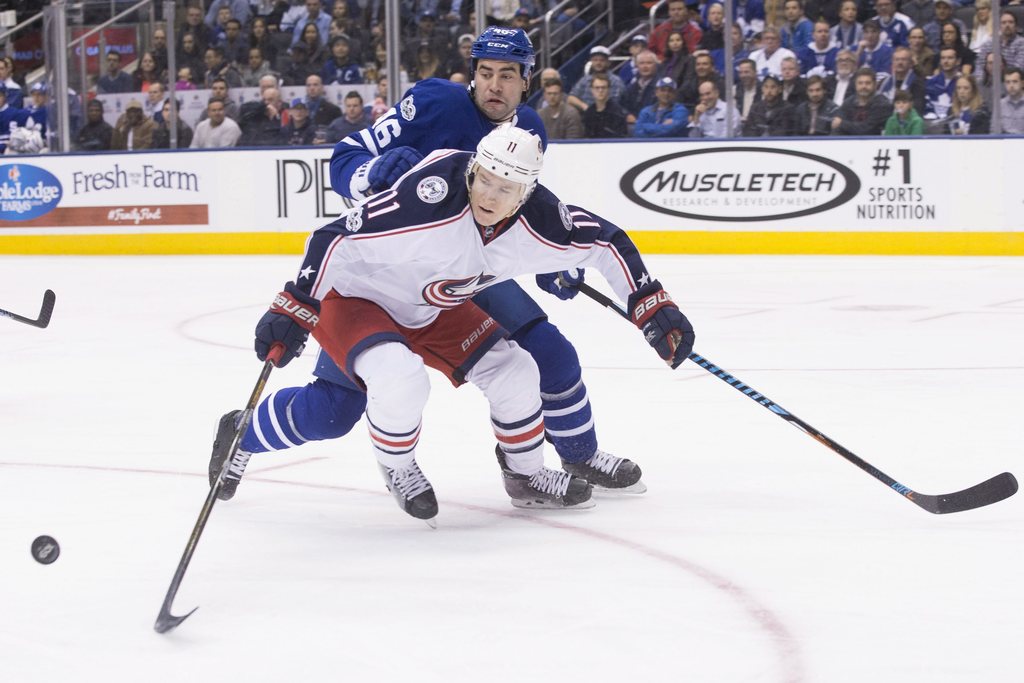 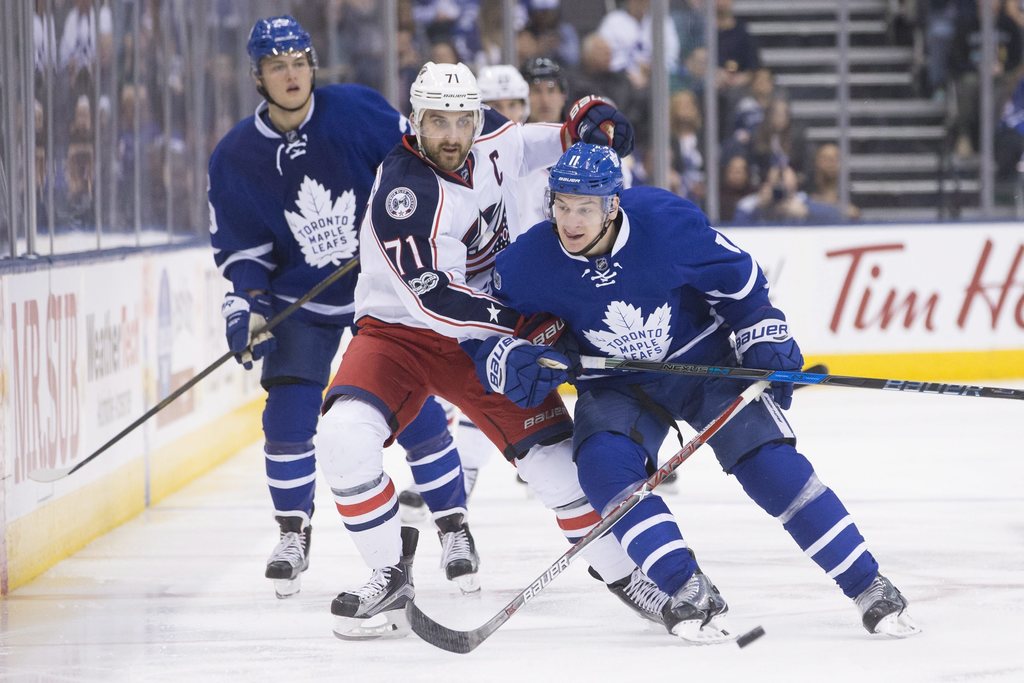 TORONTO (AP) — There will be no Battle of Ontario in the first round of the NHL playoffs.

James van Riemsdyk scored twice, but the Toronto Maple Leafs dropped their regular-season finale 3-2 to the Columbus Blue Jackets on Sunday night and will face the Washington Capitals in the opening round of their first postseason since 2013.

Had they earned even a point, the Leafs would have faced the Ottawa Senators in the first round, but instead they get the Presidents' Trophy-winning Capitals.

Nine Leafs are likely to make their postseason debuts in Game 1, including the high-performing rookie trio of Auston Matthews, Mitch Marner and William Nylander. Another handful, including Jake Gardiner, Nazem Kadri and Tyler Bozak have just a single playoff series under their belts, that one coming during the Leafs' last playoff appearance in 2013.

Babcock, perhaps not surprisingly, plans to spend lots of time before Thursday's opener in D.C. detailing for his group what exactly is different about playoff hockey.

"They're not going to believe me and then it's going to happen," he said.

"No space. Zero. Battle for every inch of ice, from the opening faceoff to the end," said Babcock, who's coached 144 playoff games in the NHL.

The upstart Blue Jackets are also getting ready for a postseason series. They'll face the defending Stanley Cup champion Pittsburgh Penguins in Round 1.

Curtis McElhinney made 29 saves, but Toronto let a 2-0 lead melt away in a porous second period.

Matt Calvert, Josh Anderson and Cam Atkinson scored in the comeback for Columbus. Joonas Korpisalo stopped 30 shots for the Jackets.

Toronto has never faced Washington in the postseason — the two teams were in different conferences for a long stretch — and they'll be heavy underdogs the first time around. The Capitals had the NHL's best regular-season record for the second straight season, and they're loaded at every position as they bid for a first Stanley Cup.

The Leafs went 1-1-1 against the Caps in the regular season.

Asked about pressure on his young team heading into the playoffs on Sunday morning, Leafs coach Mike Babcock deflected with apparent aim at the Capitals.

"You have nerves when you win the Presidents' Trophy and you're playing a real good team in the first round," Babcock said. "That's when it's a totally different program though. We're so far away from that program though. We've got two years left before that happens."

No. 1 goalie Frederik Andersen sat out Sunday after exiting a playoff-clinching win against Pittsburgh on Saturday following a hit to the head. Babcock said Andersen showed no concussion symptoms and would be ready for the start of the postseason.