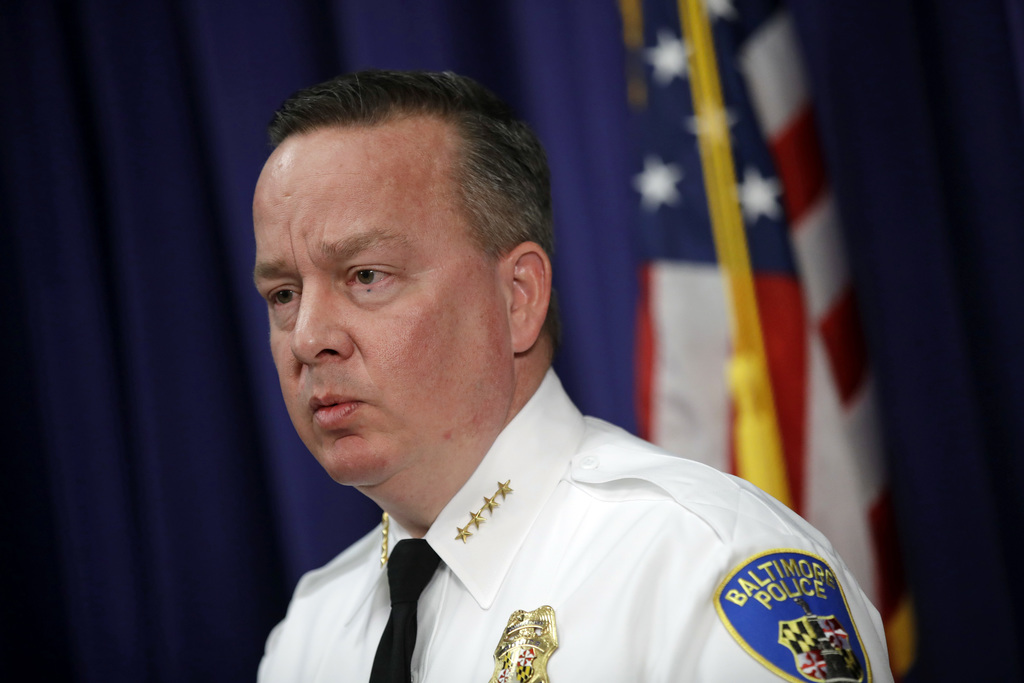 BALTIMORE (AP) — A federal judge has approved an agreement negotiated under the Obama administration to overhaul the troubled Baltimore police force, sweeping aside objections from the Trump Justice Department.

He denied a request to delay the signing to give the Trump administration more time to review the agreement. At Thursday's hearing, a Justice Department attorney expressed "grave concerns" about the plan, aimed at rooting out racist practices.

The consent decree was negotiated during the closing days of the Obama administration after a federal investigation found rampant abuse by Baltimore police, including unlawful stops and use of excessive force against black people.

The investigation was prompted by the 2015 death of Freddie Gray, a 25-year-old black man whose neck was broken during a lurching ride in the back of a police van, where he had been left unbuckled, his hands and legs shackled. Gray's death touched off the worst rioting in Baltimore in decades.

In a memo made public earlier this week, the Trump Justice Department signaled that it may retreat from the consent decrees that have been put in place in recent years in such cities as Cleveland; Ferguson, Missouri; Miami; and Newark, New Jersey.

Sessions said in a statement Friday that the Baltimore agreement shows "clear departures from many proven principles of good policing that we fear will result in more crime."

"The decree was negotiated during a rushed process by the previous administration and signed only days before they left office," Sessions said. "While the Department of Justice continues to fully support police reform in Baltimore, I have grave concerns that some provisions of this decree will reduce the lawful powers of the police department and result in a less safe city."

The Justice Department can appeal the judge's decision, but it would have to show the judge made an error or abused his discretion.

That would be difficult to prove, said Jonathan Smith, a civil rights attorney in the Obama Justice Department who oversaw negotiations with troubled police departments.

Justice Department lawyers also could try to modify the consent decree, but the burden is high, requiring them to show there has been a substantial change in the facts or the law, Smith said.

City officials, including Police Commissioner Kevin Davis, have voiced their support for the agreement.

Mayor Catherine Pugh disputed the notion the decree will hurt the fight against crime.

"I believe that it makes Baltimore safer," she said. "I think by building and training our police officers in ways to de-escalate violence, to work with our communities, to have cultural diversity training and have the right kind of tools they need to know what they can do in certain areas of our community ... I think it's improved policing."

The homicide rate in Baltimore immediately spiked after the riots over Gray's death, leading some residents to accuse officers of taking a hands-off approach for fear of increased scrutiny.

The soaring crime rate has not relented. In the first three months of 2017, the city recorded 79 homicides, compared with 56 for the same period the year before.

Baltimore's agreement calls for additional training for officers and discourages them from arresting people for minor offenses such as traffic infractions or loitering. It also says officers can no longer detain someone simply for being in a high-crime area.

Following Gray's death, the department began undertaking some reforms, including outfitting officers with body cameras and updating the use-of-force policy.

Gene Ryan, president of the Baltimore police union, has complained that the agreement was rushed and that the union wasn't involved enough in the negotiations.

The national Fraternal Order of Police said it was disappointed by the judge's decision to move forward.

"But Baltimore officers will endeavor to give the citizens of Baltimore the best public safety service possible given the constraints imposed upon the department by the decree," said Jim Pasco, the senior adviser to the group's president.