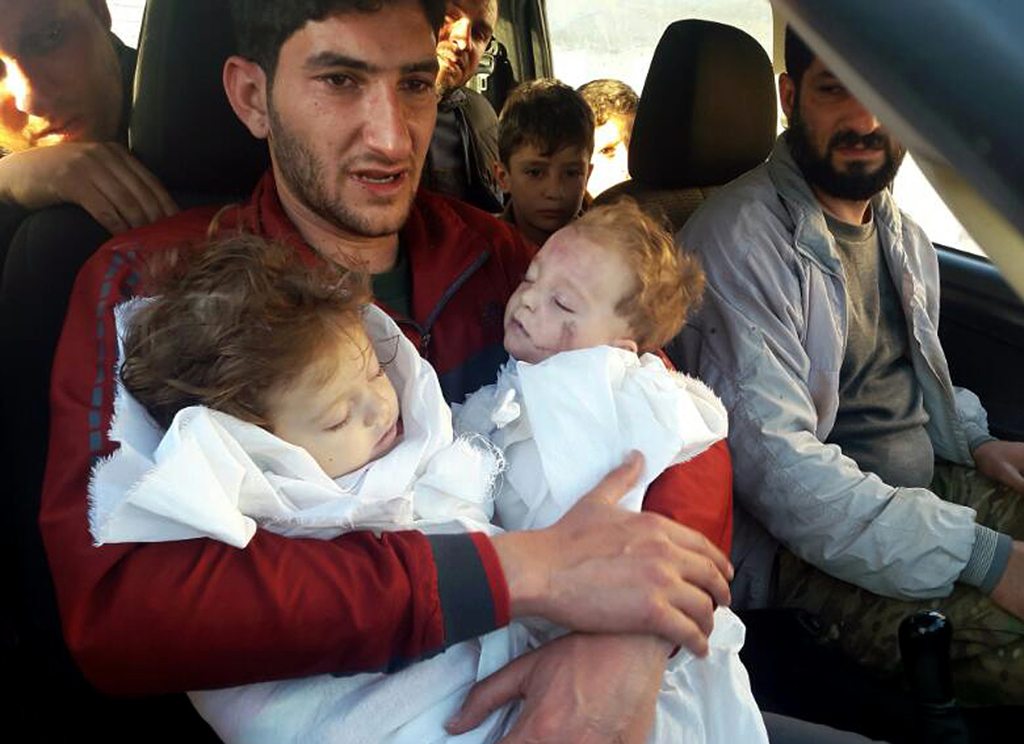 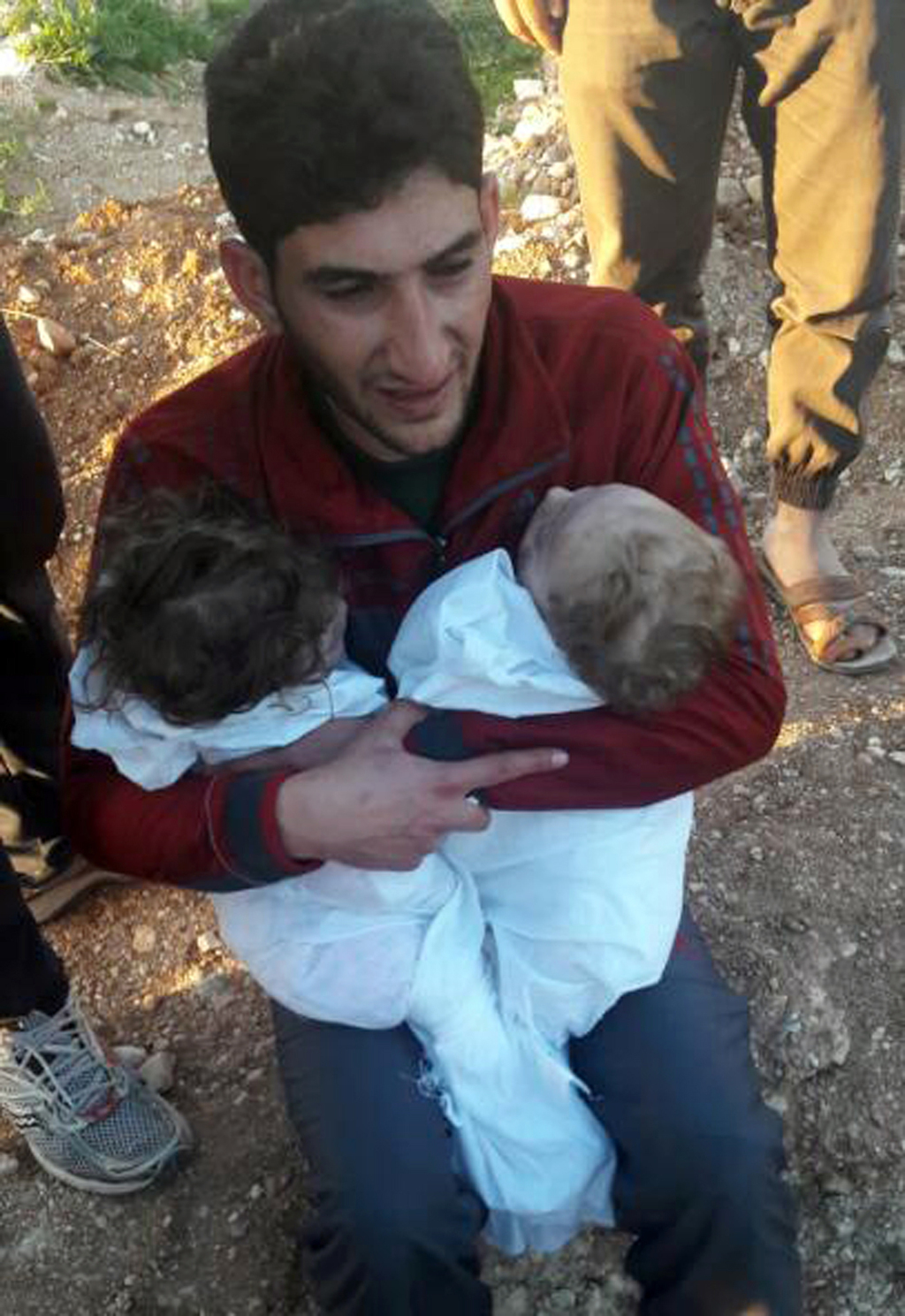 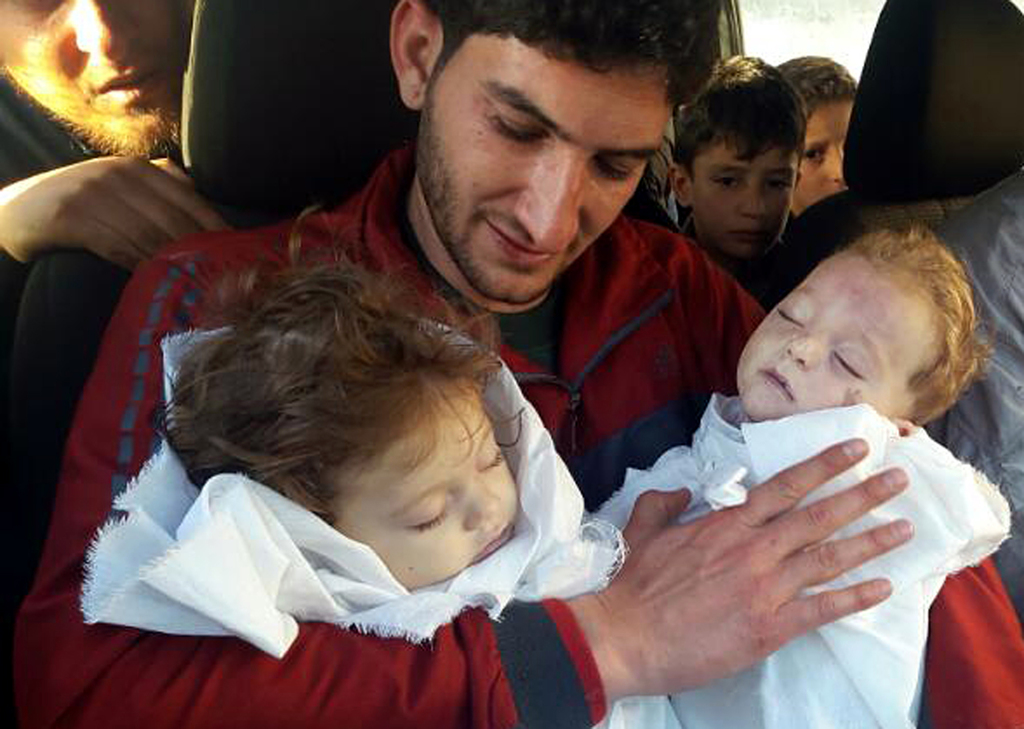 BEIRUT (AP) — The father cradled his 9-month-old twins, Aya and Ahmed, each in an arm. He stroked their hair and choked back tears, mumbling, "Say goodbye, baby, say goodbye" to their lifeless bodies.

Abdel Hameed Alyousef lost his two children, his wife and other relatives in the suspected chemical attack Tuesday in the northern Syrian town of Khan Sheikhoun that killed at least 72 people. In footage shared with The Associated Press, Alyousef sits in the front seat of a van with the twin, his eyes red as he asks his cousin Alaa to video his farewell to them.

When the airstrike took place, "I was right beside them and I carried them outside the house with their mother,"Alyousef, a 29-year-old shopowner, told the AP. "They were conscious at first, but 10 minutes later we could smell the odor." The twins and his wife, Dalal Ahmed, fell sick.

He brought them to paramedics and, thinking they would be OK, went to look for the rest of his family. He found the bodies of two of his brothers, two nephews and a niece, as well as neighbors and friends. "I couldn't save anyone, they're all dead now," he said.

Only later was he told his children and wife had died.

"Abdel Hameed is in very bad shape," his cousin Alaa said. He's being treated for exposure to the toxin. "But he's especially broken down over his massive loss."