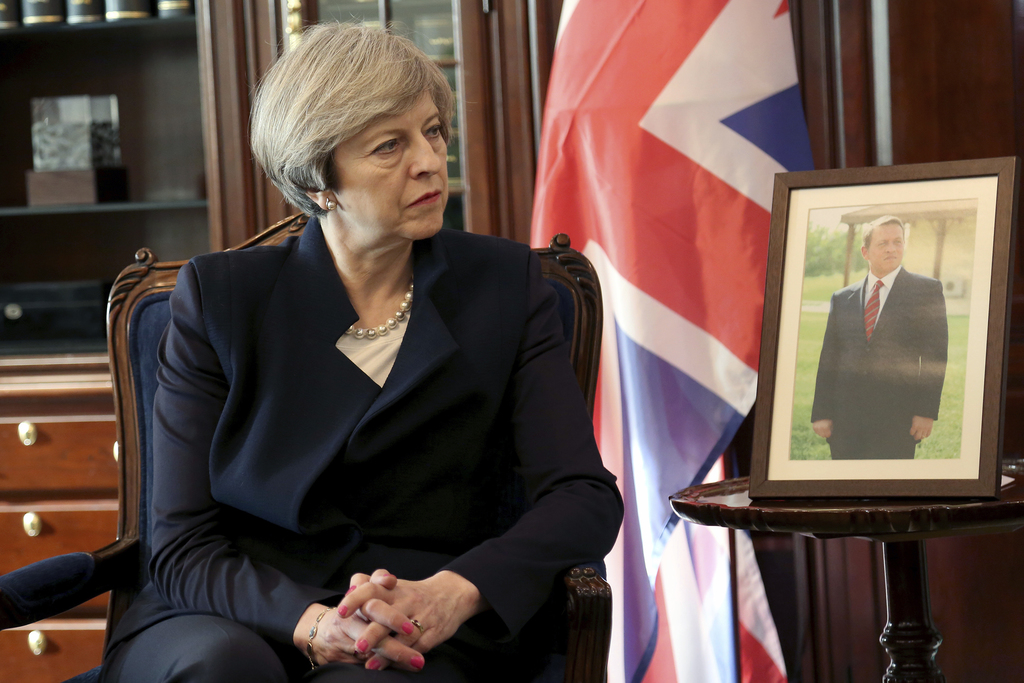 RIYADH, Saudi Arabia (AP) — British Prime Minister Theresa May has arrived in Saudi Arabia on a trip aimed at strengthening bilateral ties and increasing trade with the largest Arab economy.

The prime minister arrived in the OPEC powerhouse Tuesday following talks in the neighboring kingdom of Jordan.

The British government says she will emphasize her country's close partnership with Saudi Arabia, including on counterterrorism cooperation.

Saudi Arabia is Britain's largest Mideast trading partner, with British exports of goods and services to the kingdom topping 6.5 billion pounds ($8.1 billion) in 2015.

Those exports include arms sales, which have drawn criticism from activists who say May should do more to pressure Saudi Arabia on its human rights record.