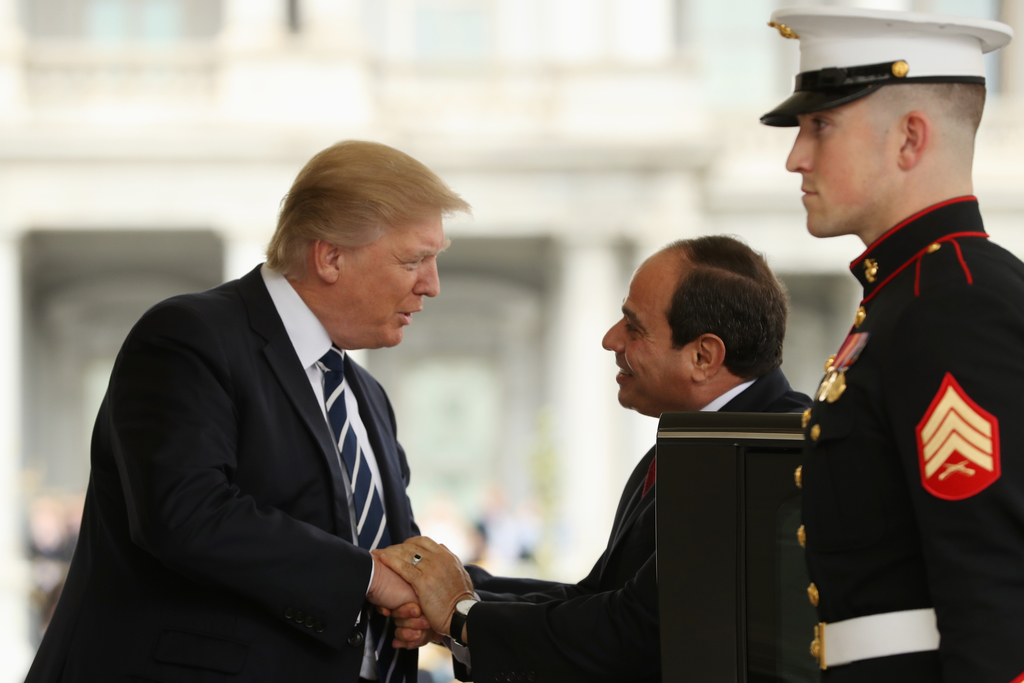 The Egyptian president arrived Monday morning. Trump greeted him with a handshake before the pair headed inside.

Topics el-Sissi may broach with the new president include military aid for the country.

Trump has repeatedly mentioned Egypt as one of the Muslim-majority allies that the U.S. should maintain its partnership with in the fight against extremists like the Islamic State group.

The White House welcome comes after a tense relationship between Egypt's leader and the previous administration.