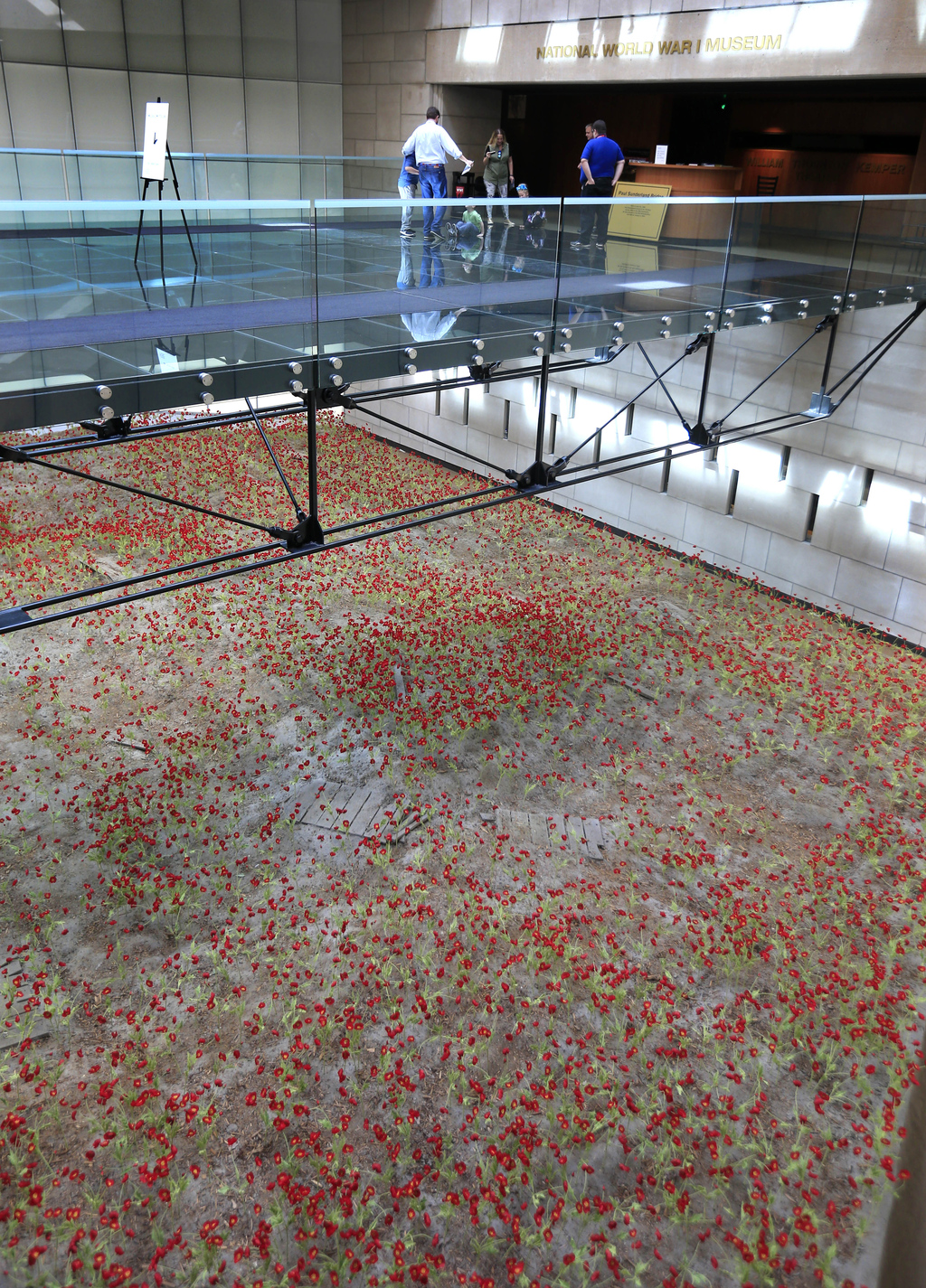 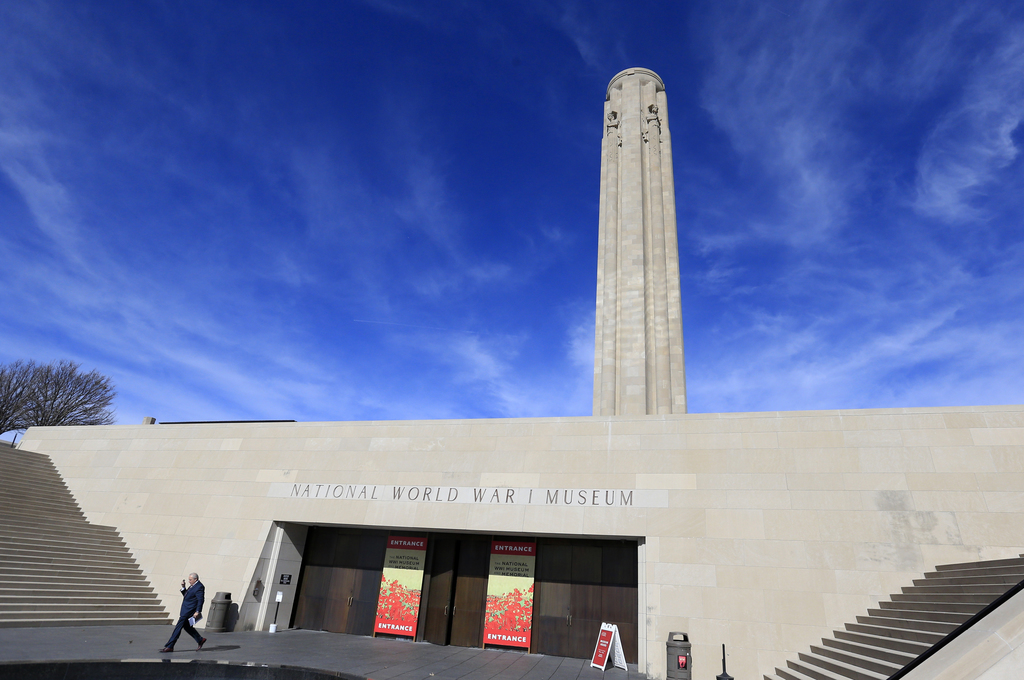 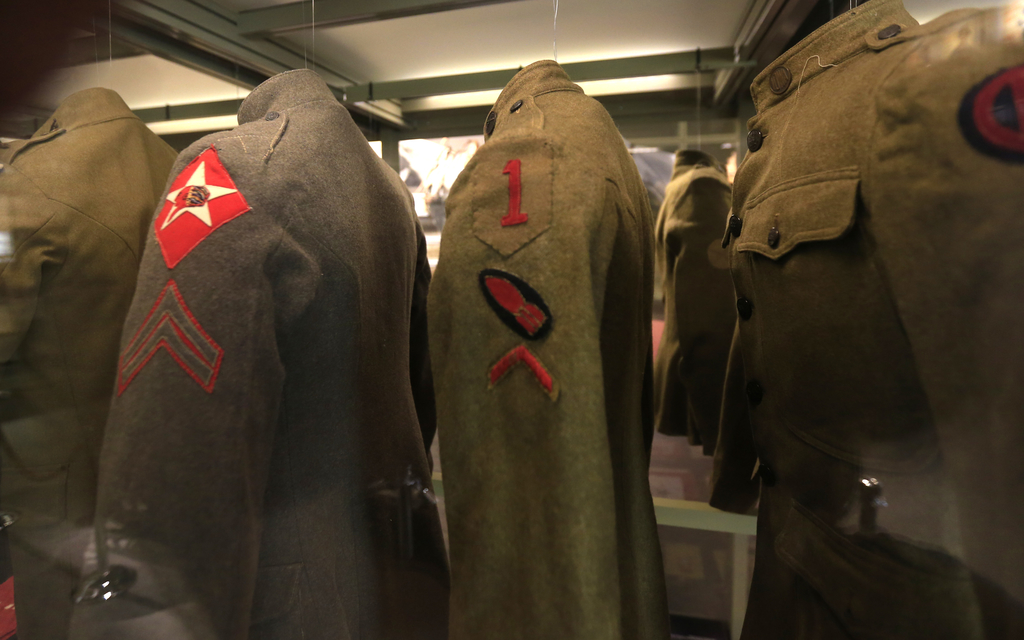 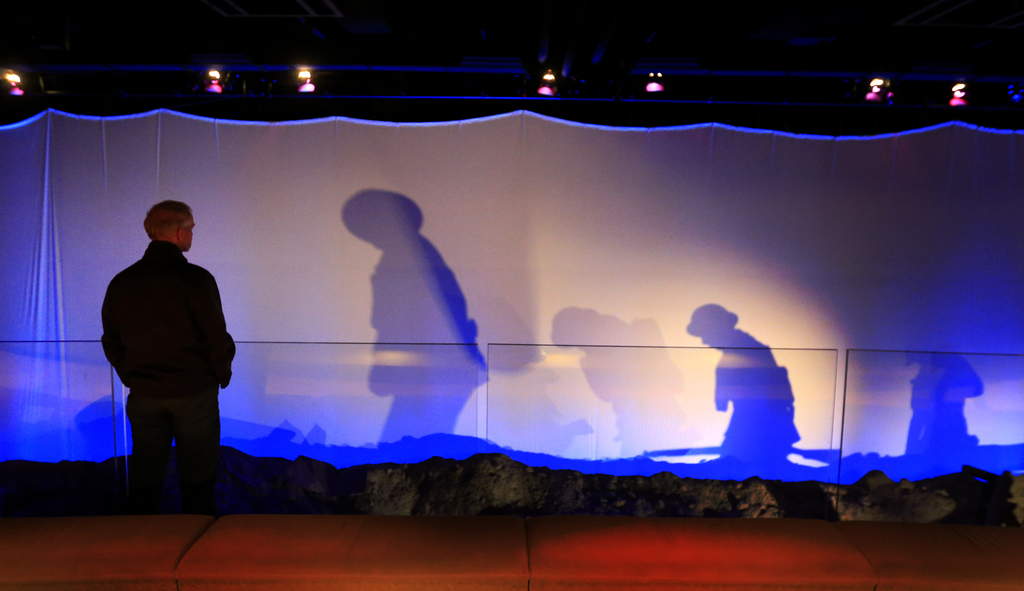 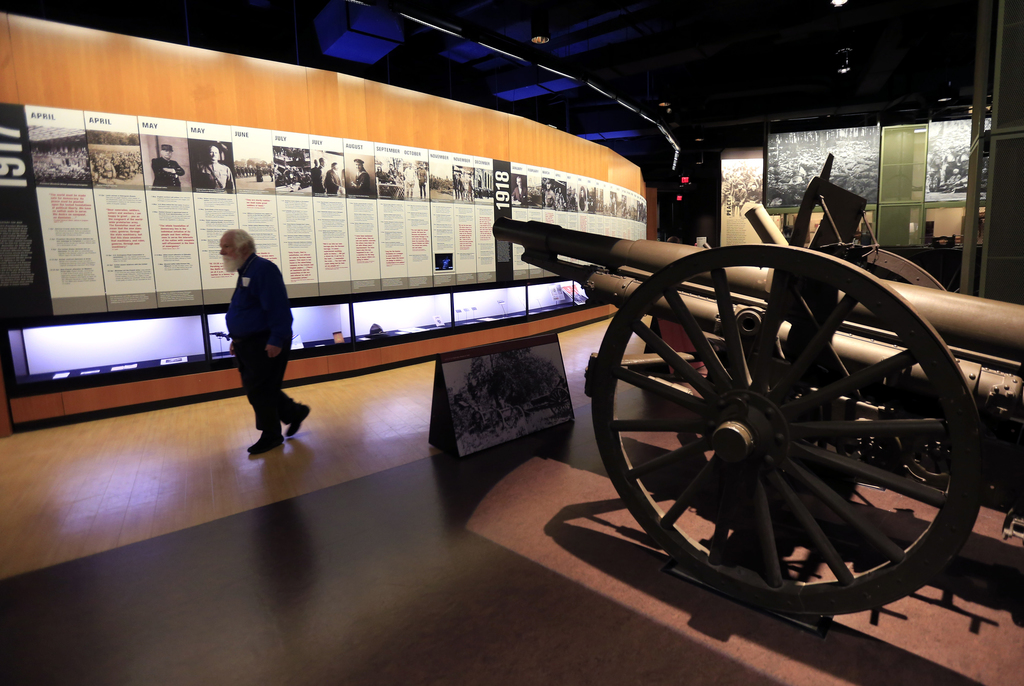 KANSAS CITY, Mo. (AP) — Crossing a glass walkway that spans a field of 9,000 poppies, visitors to the official U.S. memorial to World War I are transported to a time when tanks and air warfare were new and the hopeful flowers sprang up on the barren, trench-dotted battlefields where hundreds of thousands of soldiers died.

The museum, which is housed under a tower that rises 217 feet (66 meters) into the Kansas City skyline and is topped by a giant flame, will be the site of a remembrance Thursday to mark the 100-year anniversary of the United States entering the war.

The poppies that visitors pass while entering the museum represent the 9 million combat deaths of the Great War, about 116,000 of them Americans. "In Flanders fields the poppies blow. Between the crosses, row on row," goes a famous poem about the Belgian battlefields where hundreds of thousands of soldiers died on the war's Western Front.

With the centennial of the fighting drawing more attention to the war, more than 200,000 visited the museum last year, an increase of about 50 percent from three years earlier. They included visitors from more than 70 countries.

The site's Egyptian Revival-style monument was erected in a burst of postwar patriotism after $2.5 million was raised in less than two weeks in 1919, an amount that would be equal to about $35 million today. Children helped, going door to door collecting money in what was "an early 20th century story of crowdsourcing," according to museum spokesman Mike Vietti.

So noteworthy was the achievement that Allied commanders from Belgium, Great Britain, Italy, France and the U.S. gathered in 1921 to dedicate the site. It's located across the street from the Kansas City train station that more than half of U.S. troops passed through before being shipped overseas. When the monument was completed five years later, a crowd of more than 150,000 turned out to hear President Calvin Coolidge speak at the dedication.

But years of deferred maintenance led the site to be closed in 1994. A massive $102 million transformation followed, funded by a sales tax, bond issue and private donations. The exterior was repaired, and the design firm behind attractions such as Washington's Holocaust Memorial Museum was tapped to create a new museum that would tell World War I's story of assassination, empires swept away and new nations born. The site, now known as the National World War I Museum and Memorial, was made official in legislation that President Barack Obama signed in 2014.

The museum's collection of documents and artifacts has a global breadth, covering the period both before and after the U.S. entered the war. The conflict ended in 1918 with the Treaty of Versailles, though many historians believe the treaty's terms helped set the stage for World War II a generation later.

Among the items used to tell the complex story of the connection between the two wars is the tunic and cape of Paul von Hindenburg, a German commander and national hero who later became Germany's president and in 1933 appointed Adolf Hitler chancellor.

Visitors can also see the rapidly evolving weaponry that led to widespread casualties as commanders struggled to adapt. There's a British torpedo, a U.S.-made Naval mine, a life-size replica of a British biplane known as the Airco DH.2 and a French Renault tank that Vietta described as a weapon of "terror as well as a weapon of war."

One exhibit highlights the damage an artillery shell would have done to a house in the French countryside, while another allows visitors to glimpse inside replicas of the trenches where doughboys fought and often died. In the Horizon Theater, World War I film footage plays on a 100-foot (30-meter) screen above a full-scale tableau of no man's land.

Matthew Naylor, the president and CEO of the museum, keeps his grandfather's wartime shaving kit on display in his office. While issued by the British, it was made in Germany. He noted that the two countries were trading partners before the war.

The "fragility" of world relations at the time, Naylor said, has parallels to today that "some would say are ominous."