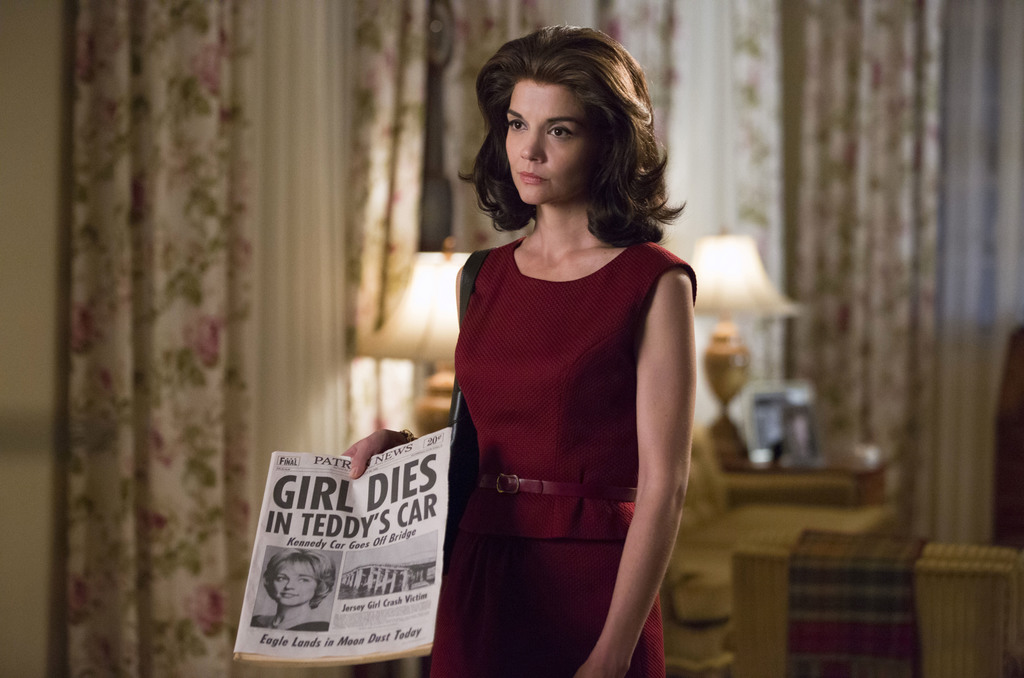 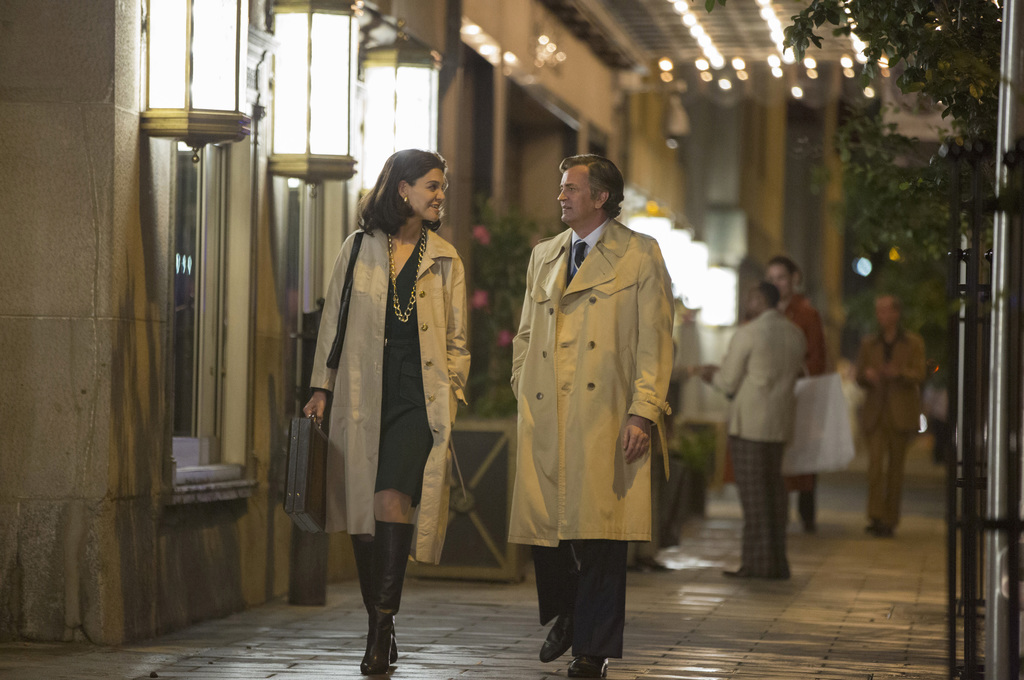 LOS ANGELES (AP) — Katie Holmes came to "The Kennedys — After Camelot" as a veteran, having played first lady Jacqueline Kennedy in Reelz's 2011 miniseries about the political family shadowed by tragedy. For Matthew Perry, the role of Edward Kennedy was a chance to stretch his acting muscles.

Both say "After Camelot" was as satisfying as they hoped. The four-hour drama, based on J. Randy Taraborrelli's book, debuts 9-11 p.m. EDT Sunday on Reelz and concludes Sunday, April 9.

It follows the lives of Jackie Kennedy and those close to her after the 1963 assassination of President John F. Kennedy, which left her a widow with two young children. The killing of her brother-in-law, Robert F. Kennedy, her marriage to Greek magnate Aristotle Onassis and her 1994 death from cancer at age 64 are included.

"This goes even deeper into the inner workings of the family" than the first miniseries, Holmes said. "There's a lot of things that are very tragic. But to me it's very relatable to what a lot of people go through: death, raising kids, and just family dynamics."

"Jackie's style has always been classic and very French. She didn't have a lot of clothes. She just had nice clothing," Holmes said. "She knew how to buy pieces, how to wear them. It was always appropriate, never too showy or ostentatious. That's part of why she was so elegant and why we still do look at her style."

U.S. Sen. Edward "Ted" Kennedy, her brother-in-law, wasn't a fashion plate. But Perry said adopting his style and elements of his appearance was critical to portraying him as a young and older man. Kennedy died from cancer in 2009 at age 77.

"Sometimes in the same day I'd be 38 and then I'd be 67 and I'd be 43, and have to switch ages all day long," Perry said. The wigs and facial prosthetics he donned proved "a very big helper in becoming Ted Kennedy on a daily basis."

Suggesting Kennedy's distinctive cadence was a challenge for Perry. But he said that was topped by the whipsawing of Kennedy's life, including being overshadowed by his older brothers; his 1969 car crash that killed passenger Mary Jo Kopechne, and his subsequent rise to influential senior politician.

"He certainly wins the award for most improved Kennedy," Perry said, who found satisfaction in playing him "in the screw-up years and the wonderful years."

Holmes, with the advantage of reclaiming the role of Jackie Kennedy, added the task of directing episode three. Her other credits as director include last year's big-screen film "All We Had."

"It's very freeing to have your own vision and see something from inception to completion," she said, and rewarding to combine the talents of all involved.

How was it directing Perry? Holmes said he was "amazing" in the difficult re-enactment of the fatal accident on Massachusetts' Chappaquiddick Island and "very patient with me."

Perry returns the compliment: "You were great," he said to Holmes.

The actor, who starred on the sitcom "Friends" for 10 seasons as Chandler Bing, says he tried to keep his sense of humor between taping even the darkest scenes for "After Camelot." But the crew didn't always respond to his wisecracks ("It was a very serious set").

He remained true to quick-witted form when asked if he had anything to add about the drama.

"We're currently developing it as an ice show. Katie, I know, is excited," he said.