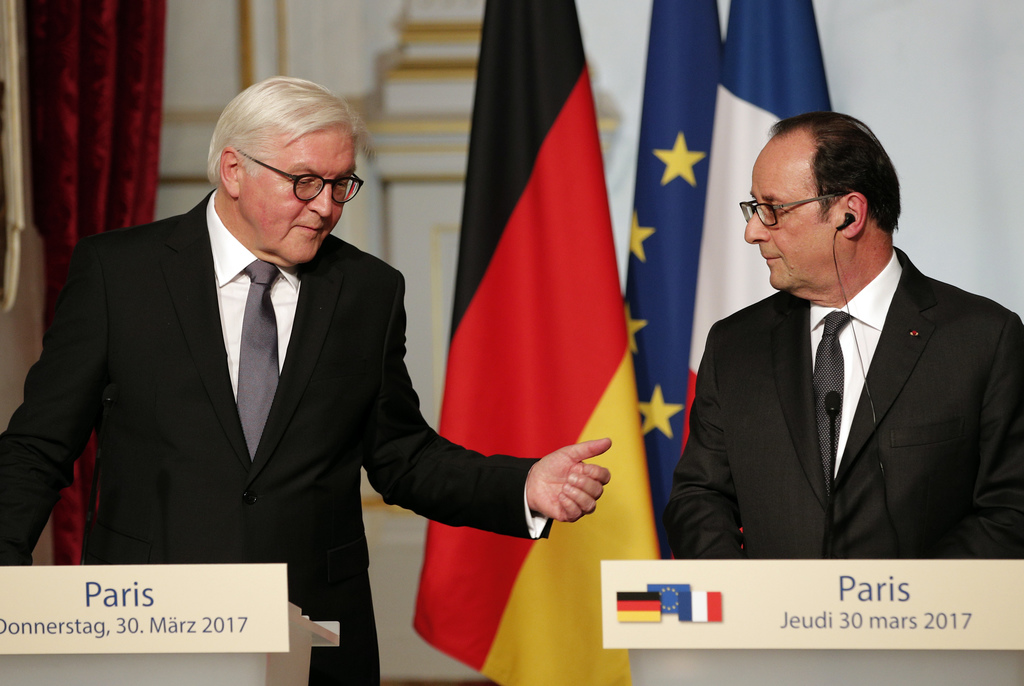 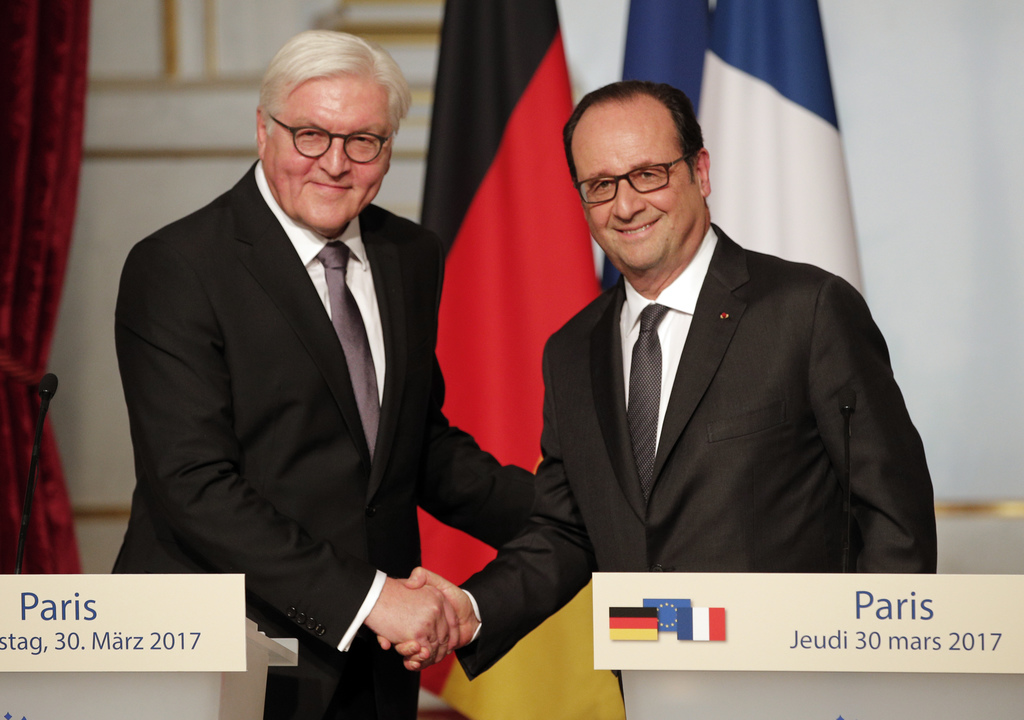 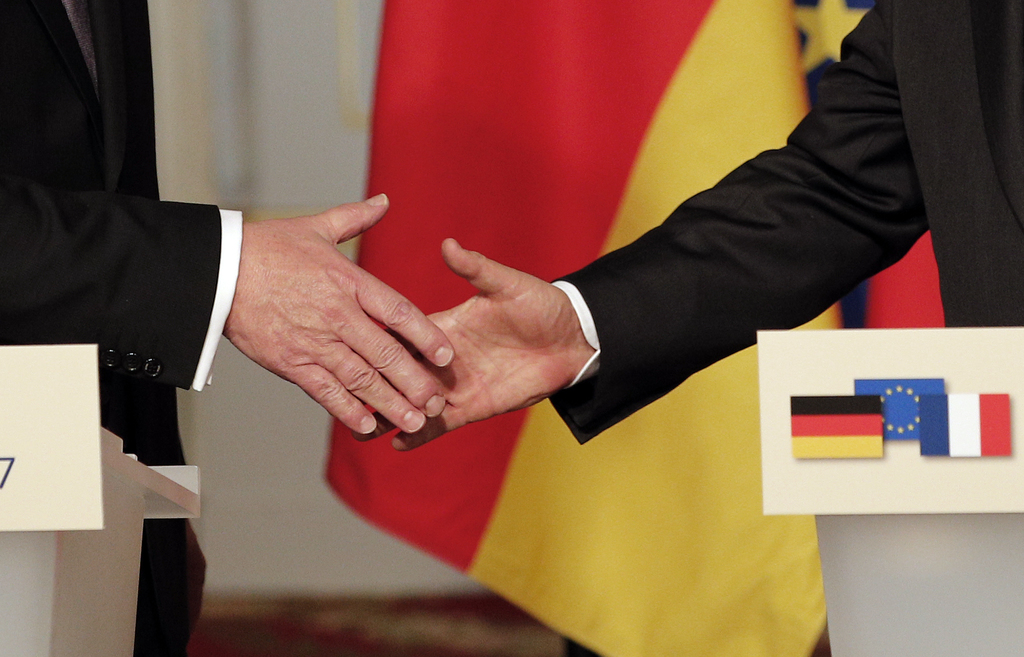 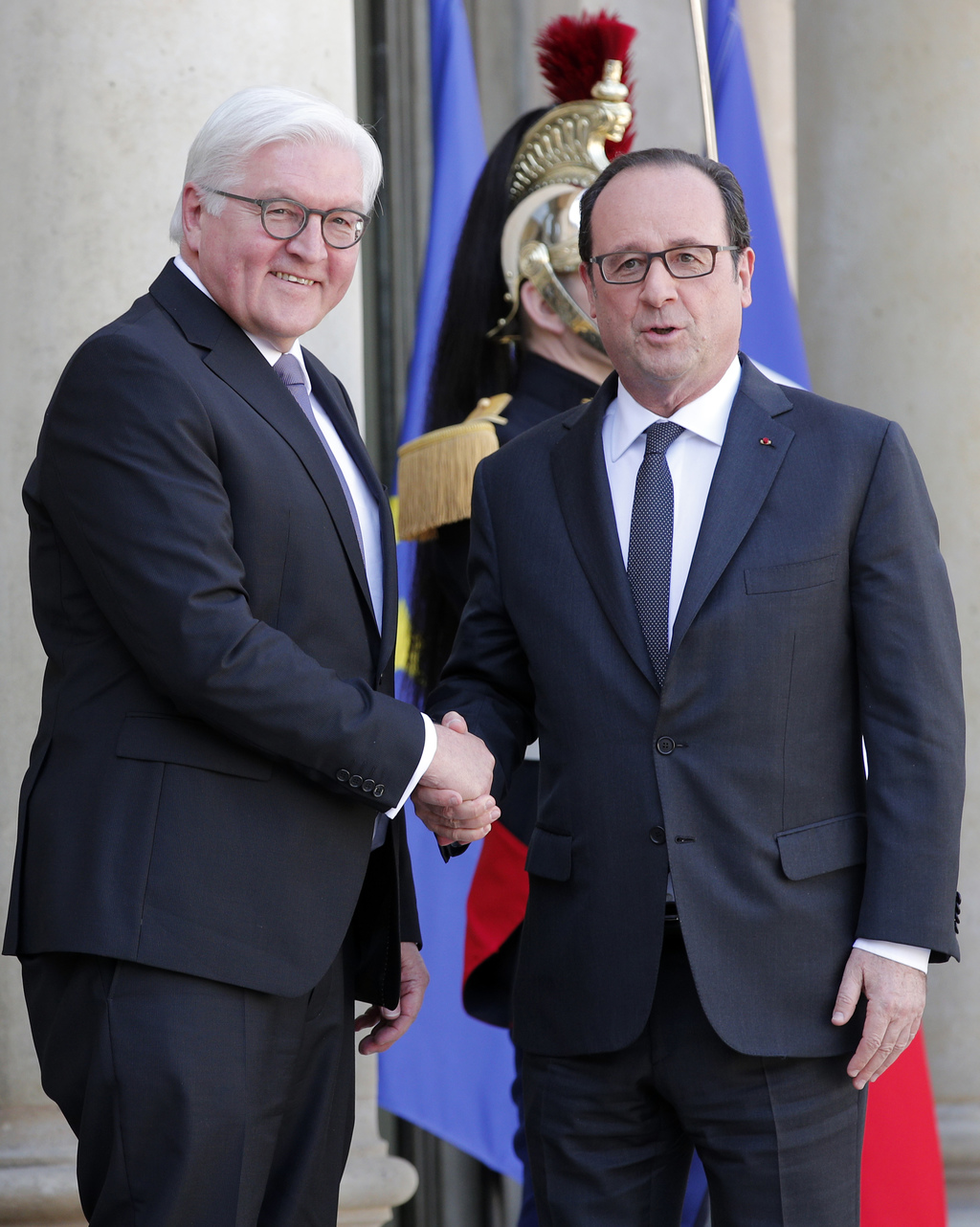 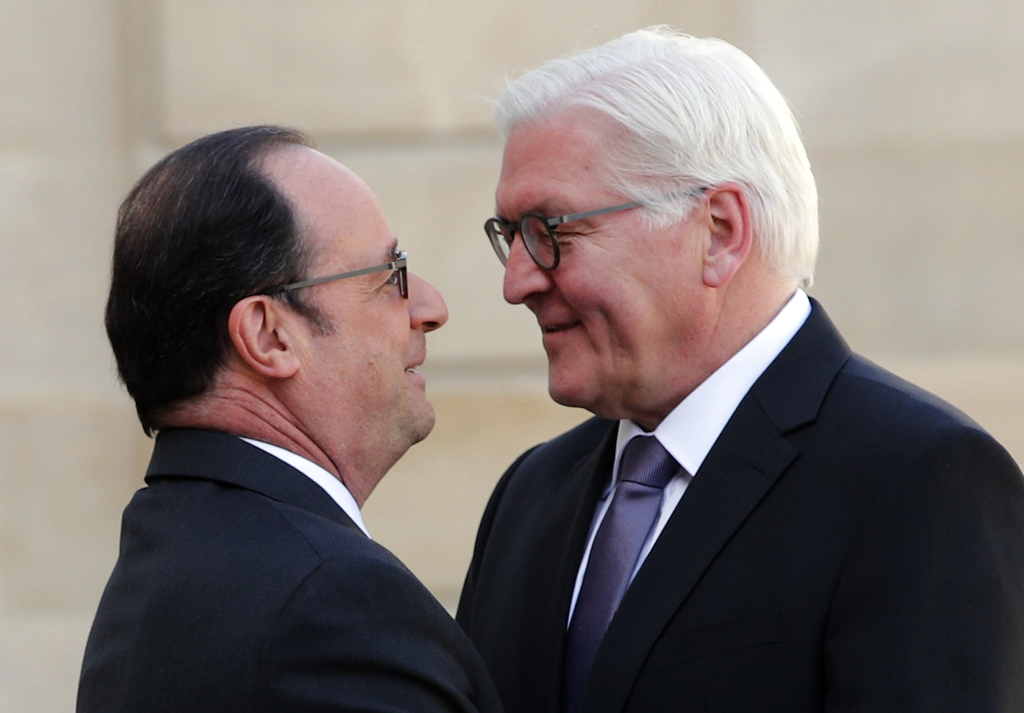 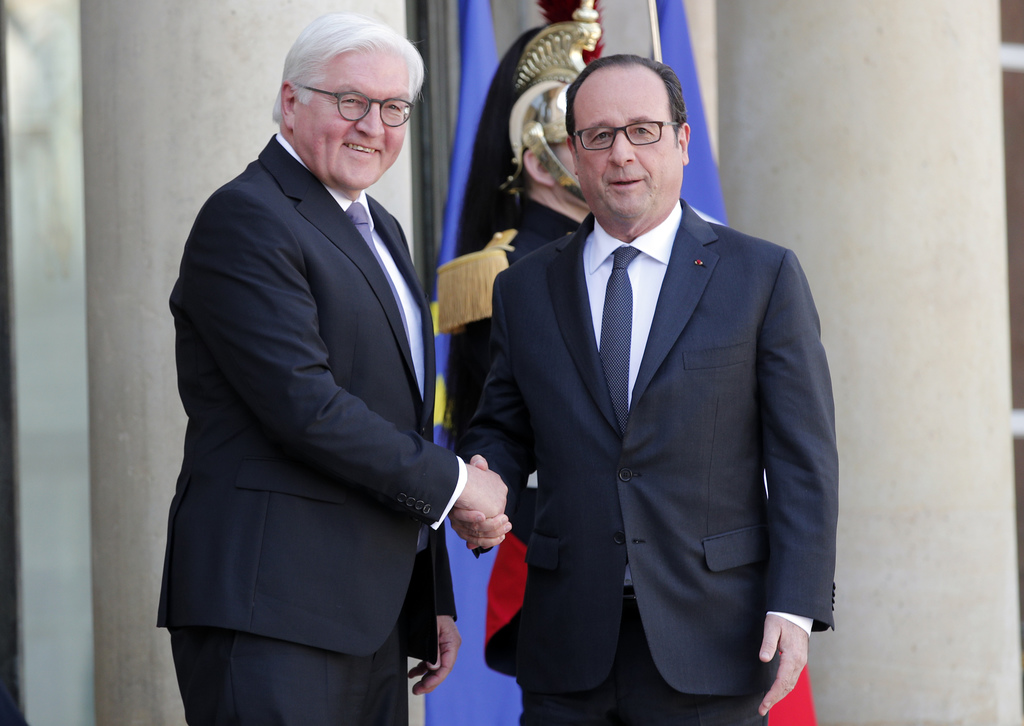 PARIS (AP) — New German President Frank-Walter Steinmeier has called for stronger French-German leadership to ensure the European Union's future one day after Britain triggered its exit from the bloc.

Steinmeier said in a joint statement with French president Francois Hollande during a visit to Paris that "whether we want it or not, Germany and France will have to assume a greater responsibility ... to build Europeans' hopes."

He said the European Union can be changed but remain "vital, indispensable."

"I'm glad that the German and the French are ready to keep moving forward side by side," he added.

French president Francois Hollande warned against "the trap of nationalism" in Europe and called on member states to show greater solidarity.