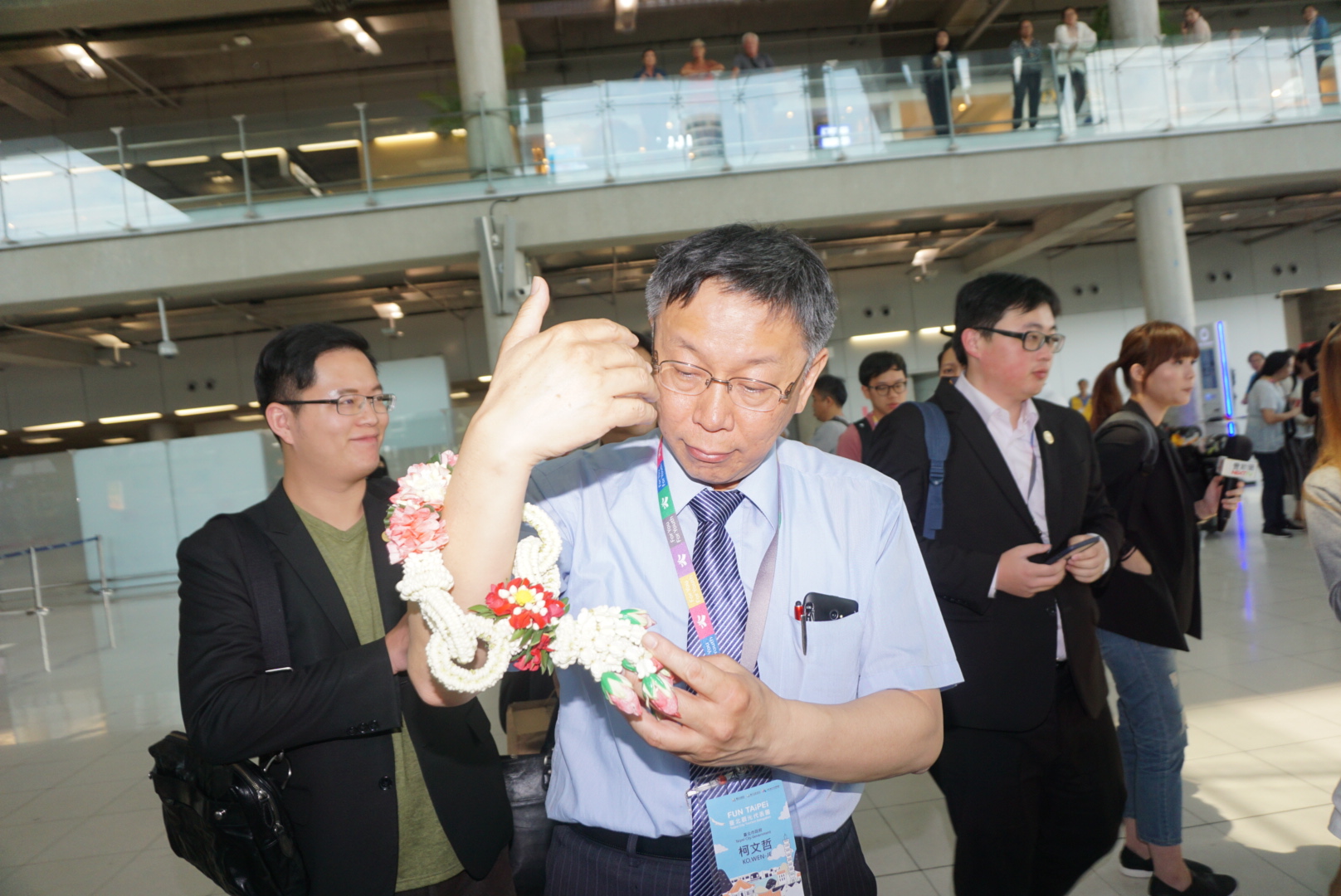 TAIPEI (Taiwan News) – Taipei City Mayor Ko Wen-je (柯文哲) was in Bangkok, Thailand today, as part of his three-nation tourism promotion tour, but he found himself in an uncomfortable situation among Chinese tourists pressing him on reunification.

As Mayor Ko was visiting Bangkok’s Wat Benchamabophit (Marble Temple) this morning during his tour when a group of Chinese tourists approached him for photos, Apple Daily reported.

The Chinese tourists hoped to encourage the mayor to comment on Taiwan’s possible reunification with China as one man called to him “Early promotion of cross-strait reunification depends on you." The conversation caught on camera shows Mayor Ko attempting to skirt the issue and brush off any comment that could disrupt the status quo of Taiwan-China relations, particularly with respect to Chinese tourists in Taiwan, the numbers of which have declined significantly since the election of President Tsai Ing-wen (蔡英文).

Mayor Ko only responded, “Ok, ok, you can see me anywhere.”

Last year, Mayor Ko was asked about cross-strait relations in an interview with China Times, and he responded that the two sides must better understand each other and focus on commonalities rather than taking a localized approach to relations. He said that Taiwan should offer positive encouragement toward China for its achievements over the years. He added that China still has improvements to make.

Mayor Ko arrived in Bangkok on Tuesday after two days in Kuala Lumpur. He will head to India later in the day for the 2017 Taipei-New Delhi Economic Cooperation Forum.