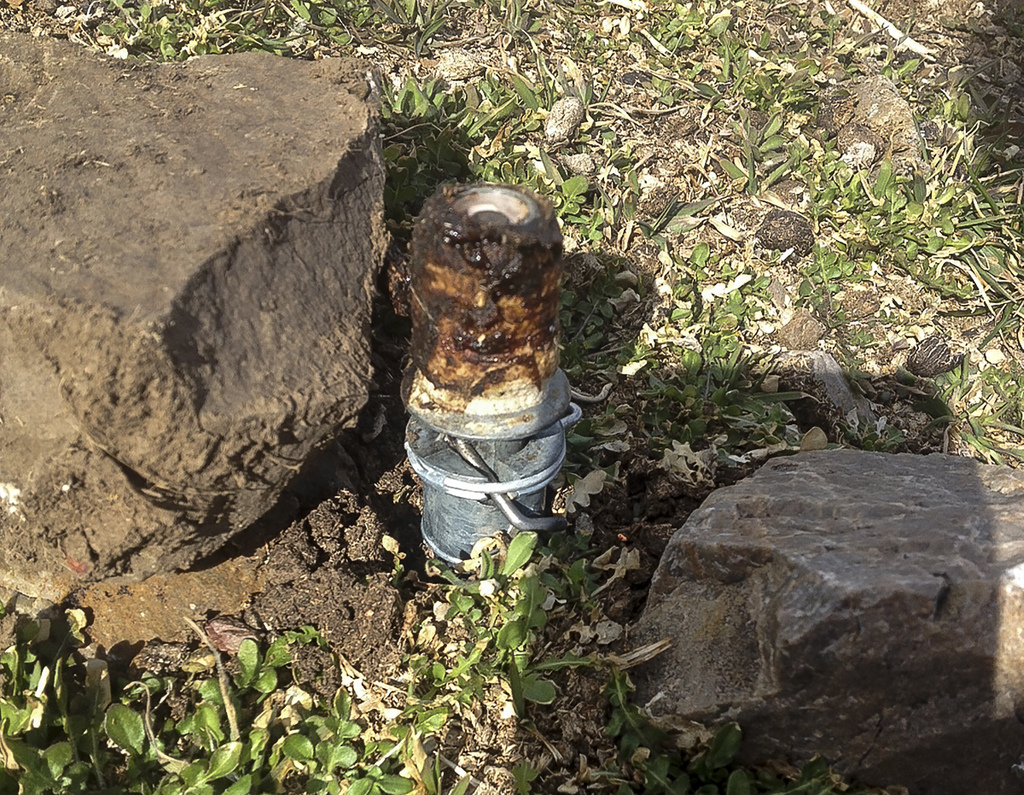 BOISE, Idaho (AP) — A cyanide device for killing coyotes that spewed the poison on a boy and killed his dog was set up on public land in Idaho in February despite a decision months earlier by federal officials to halt use of the devices on all U.S.-owned land in the state, officials said Tuesday.

The device activated March 16 when 14-year-old Canyon Mansfield and his dog checked it out 300 yards (275 meters) from their home on the outskirts of the small city of Pocatello. The boy has suffered headaches since he was exposed.

The U.S. Bureau of Land Management spokeswoman Erin Curtis told The Associated Press in a telephone interview that the device that went off and another one were put there by the U.S. Agriculture Department in late February.

An Agriculture Department document said the agency would stop using the devices last November on all federally owned Idaho land to reduce health risks to people and domestic animals.

The department did not immediately comment Tuesday on why the device was placed on the land in an apparent violation of its policy, but said in an emailed statement to the AP that "the unintentional lethal take of a dog is a rare occurrence."

It also said its wildlife services division is reviewing its "operating procedures to determine whether improvements can be made to reduce the likelihood of similar occurrences happening in the future."

Mark Mansfield, the boy's father and a physician, said an emergency room doctor and a toxicologist who examined his son told him they were surprised that the boy did not die after he was sprayed with the cyanide powder emitted by the device.

"I'm panicking for my son," he said in an interview. "We're worried, and we just don't know. It's a miracle he lived in the first place."

The family is consulting with medical specialists about the boy's continuing headaches, his father said.

The devices called M-44s look like water sprinkler heads and were put on the land as part of a federal effort to kill coyotes that target livestock.

But Mansfield said the area where his son came across one is a hill that overlooks houses with barking dogs and children playing. M-44s are spring-activated devices typically smeared with bait that shoot cyanide into an animal's mouth when it tugs on the device.

"We're shocked that a human being, whether you work for the government or a private company, would put this near someone's home," Mansfield said.

The federal government uses the devices to control predator populations to limit losses for ranchers and other livestock owners. They killed about 12,500 coyotes, mostly in Western U.S. states, in 2016, the wildlife services division said on its website.

The device that went off was put there by a worker with the wildlife services division who has not been identified and the Agriculture Department has not said why the worker did so.

Local officials are conducting a criminal investigation and plan to turn over findings to prosecutors in Bannock County who would decide whether to pursue charges.

"The problem we have is that we have houses in every direction from where the device was placed," said Sheriff's Det. Lt. Andy Thomas. "We know the boy got it on his eyes, arms and legs. We have no clue why he's not dead."

Thomas said he and other deputies initially thought the device was a pipe bomb, but found no external injuries on the dog, a Labrador retriever named Casey.

After learning several hours later what the device actually was, Thomas was examined at a hospital with the Mansfield family members for cyanide exposure. All of their clothes were burned after they were examined to avoid spreading the toxin.

Thomas interviewed the worker who set up the device but declined to provide details because the investigation is ongoing.

The event is an example of how some Agriculture Department efforts to protect livestock are outdated at a time when hikers, bikers and others increasingly explore public lands, said John Freemuth, a Boise State University environmental policy professor and public lands expert.

"They're a symbol of the old West confronting the more diverse West," he said.