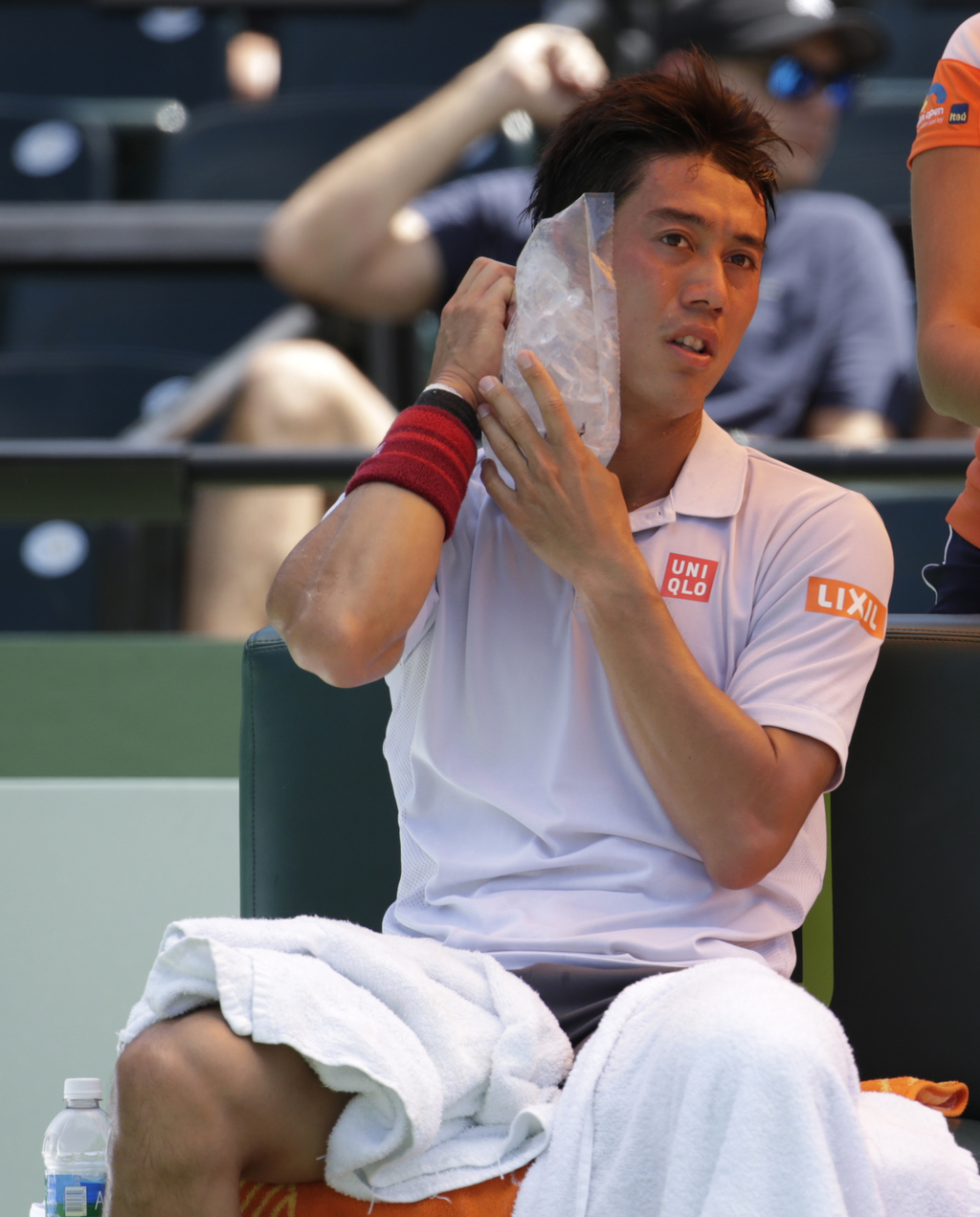 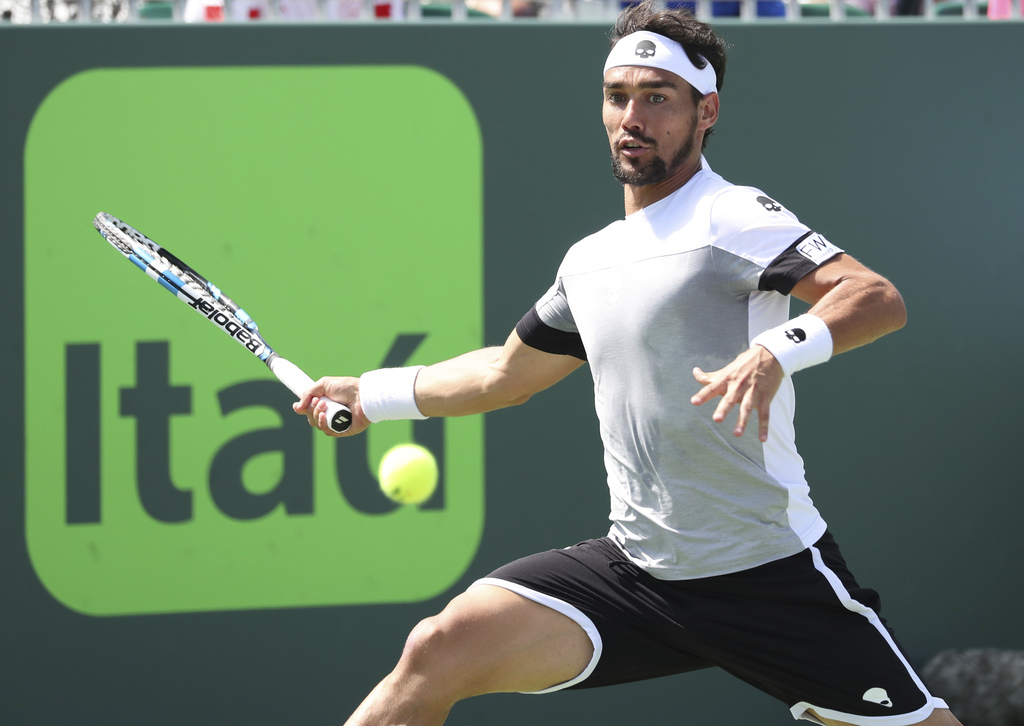 Nishikori, the No. 2 seed and Key Biscayne finalist last year, won 6-3, 4-6, 6-3. The Japanese star was down a break early in the third, then took five of the final six games.

Young's loss meant only one American man would reach the round of eight. That would be No. 13 Jack Sock, who beat Jared Donaldson 6-2, 6-1.

Roger Federer, Stan Wawrinka, Caroline Wozniacki and Rafael Nadal are among those to play later Tuesday.