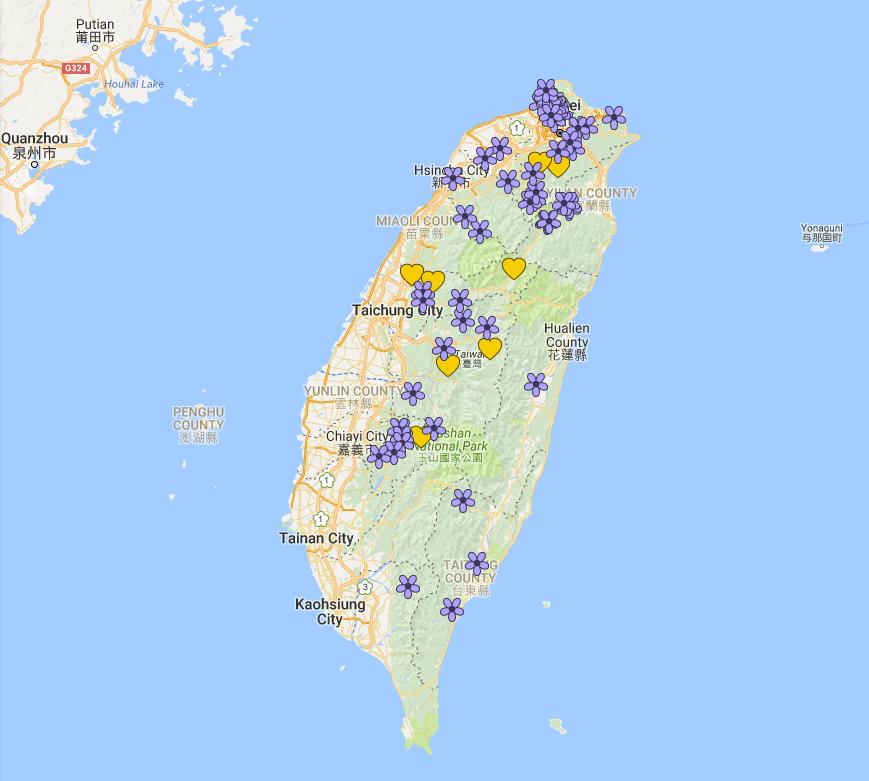 TAIPEI (Taiwan News) -- Photographer Josh Ellis has created a Google map that shows 66 locations where cherry blossoms or in Japanese "Sakura" can be found in Taiwan.

There are a number of varieties of cherry blossoms that can be seen in Taiwan at different periods during the spring, including Taiwan cherry (山櫻花), Showa cherry (昭和櫻), Yae-Zakura (double-layer) cherry (八重櫻), Yoshino cherry (吉野櫻), and Fuji cherry (寒櫻).

Taiwan cherry flowers are indigenous to the island and as such, are the most common variety on the island. They are a dark shade of pink and bloom between late January to March. A light hue of pink than the Taiwan cherry, a good opportunity to view the Showa cherry is the Yangmingshan Flower festival, which is held in the first quarter of the year. Other varieties of cherry can be seen during the festival as well, such as Yoshino and Yae-Zakura. The Showa cherries typically bloom from February to March. Known for their light light pink color, Yoshino cherries were introduced during the Japanese colonial era from Yoshino District in Japan and can now be seen in many parts of Taiwan. The trees usually bloom from mid March to late April. The distinctive feature of the Yae-Zakura or double-layer cherry blossoms is that they have double layers of petals that range from light to a dark pink. The flowers can best be seen from February to March. The flowers of the the Fuji cherry are a pure white that eventually can develop pink blushing as they age. They range from February to March Another good resource that lists locations where cherry blossoms and other varieties of flowers can be seen in Taipei is flowers.taipei, which is maintained by the Taipei City Government. 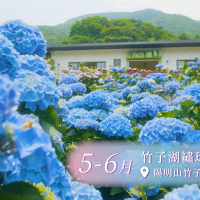 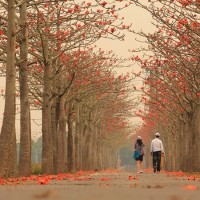 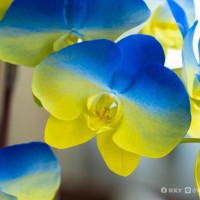 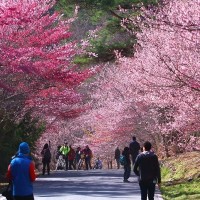 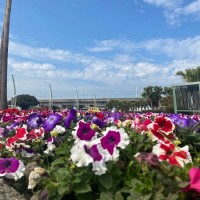