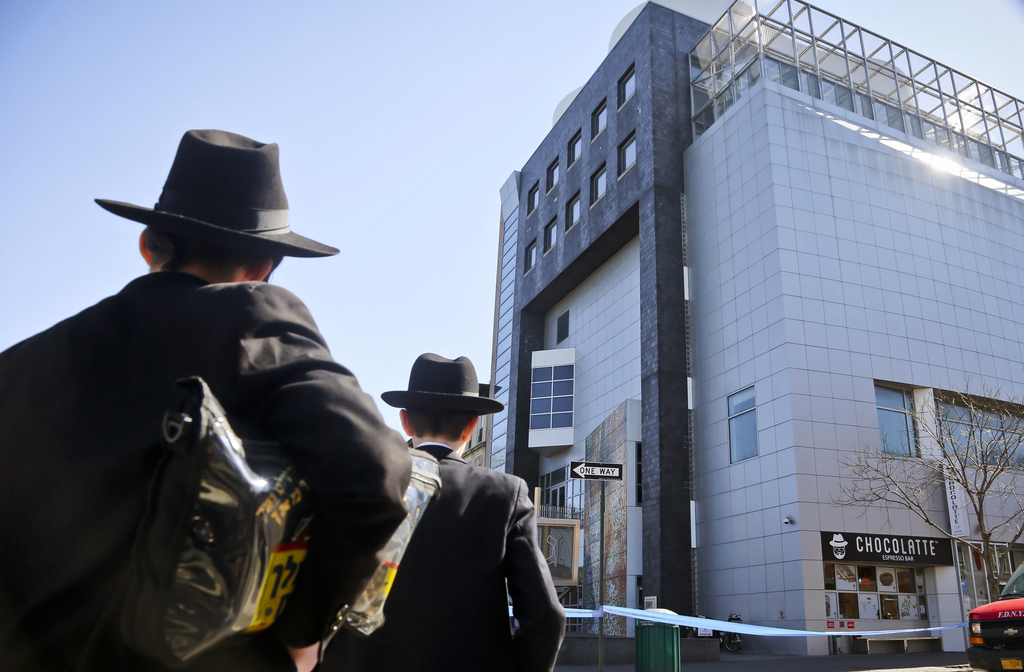 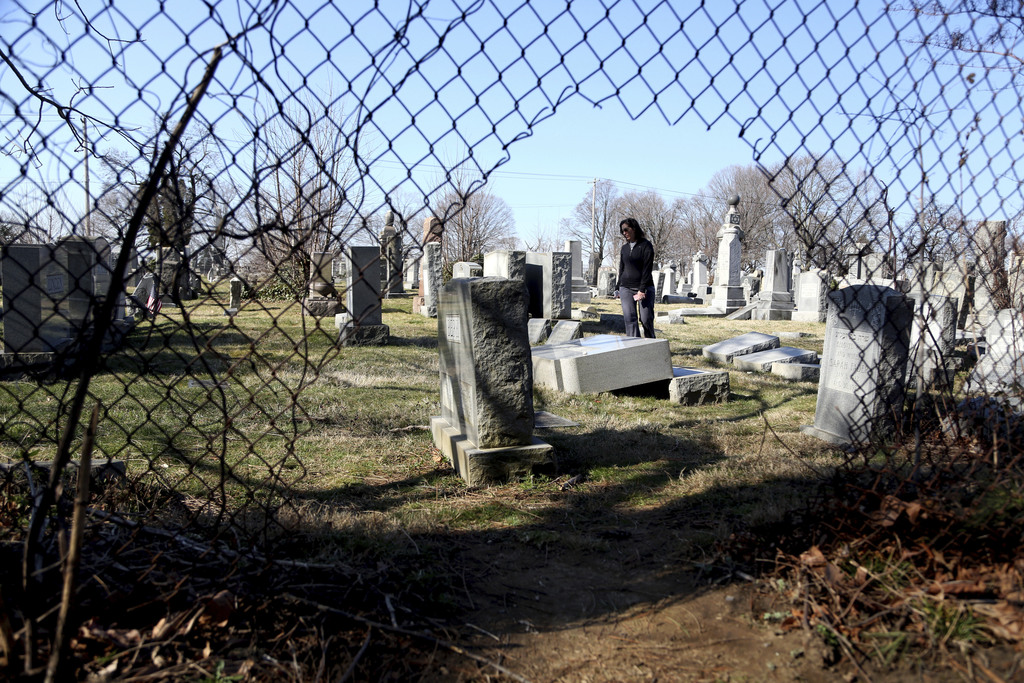 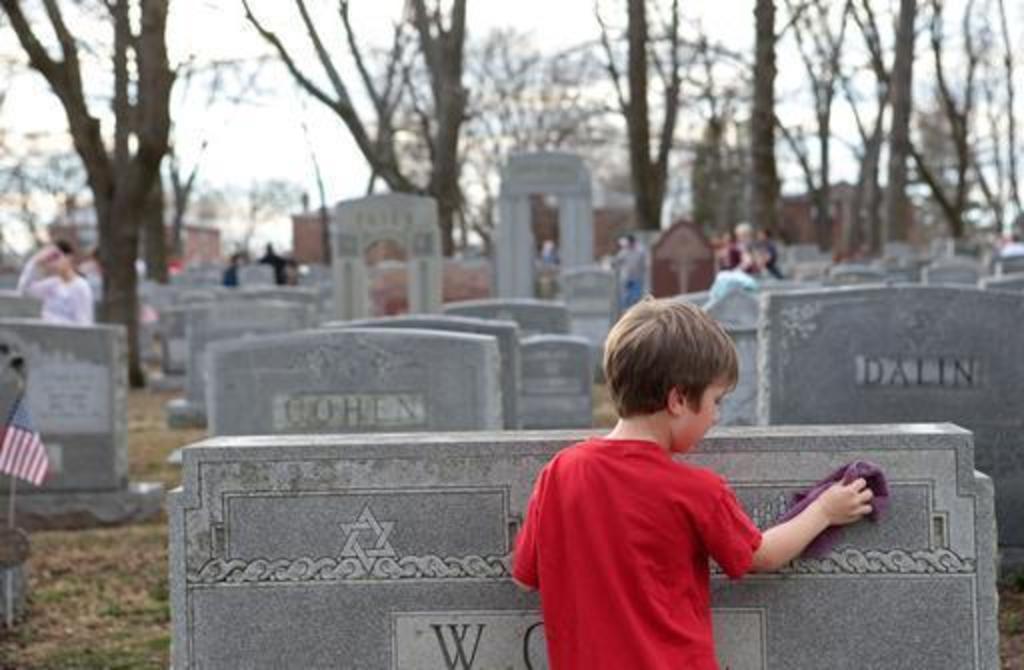 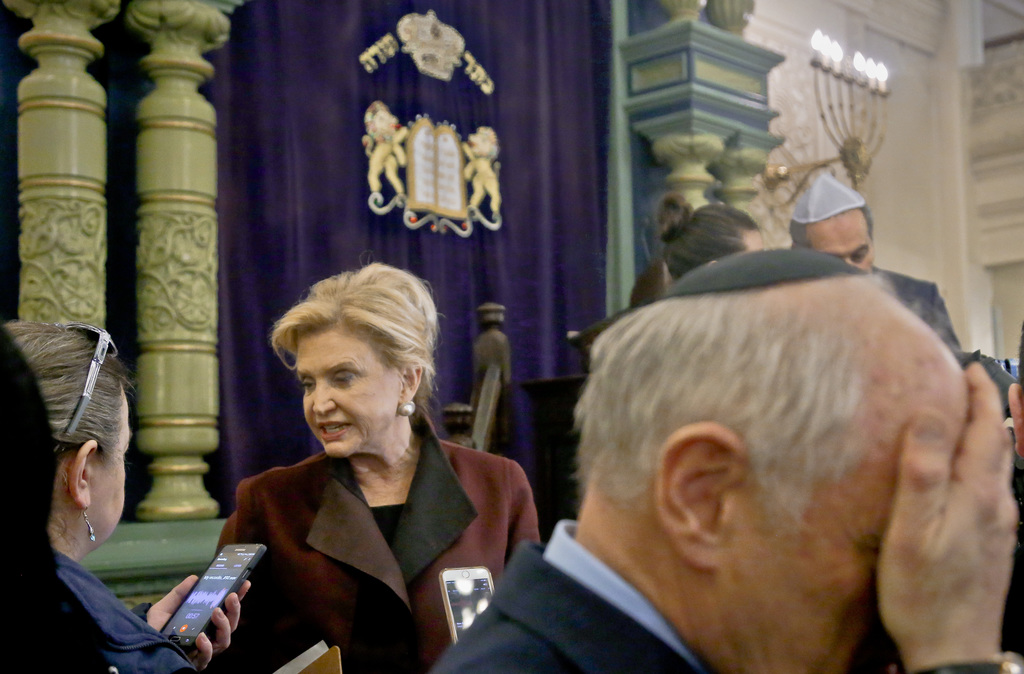 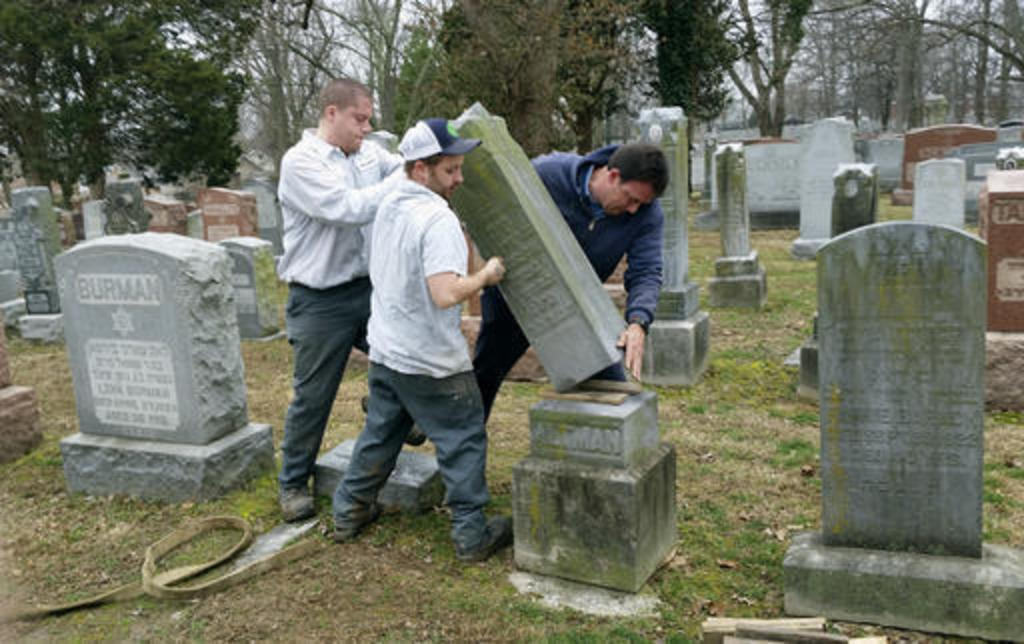 NEW YORK (AP) — Jewish groups had pointed to scores of bomb threats against their communities as the most dramatic example of what they considered a surge in anti-Semitism. Some blamed a far-right emboldened by President Donald Trump. Now, that picture has been complicated by the arrest of an Israeli Jewish hacker who authorities say is responsible for the harassment.

Israeli police said the motive behind the threats was unclear. An attorney for the 19-year-old man, who was arrested Thursday, said her client had a "very serious medical condition" that might have affected his behavior. Earlier this month, U.S. law enforcement had arrested a former journalist in St. Louis, Juan Thompson, on charges he threatened Jewish organizations as part of a bizarre campaign to harass his ex-girlfriend. But Israeli police say the Jewish teen is the primary suspect in the more than 150 bomb threats in North America since early January.

Previously, Jonathan Greenblatt, chief executive of the Anti-Defamation League, which fights anti-Semitism and monitors extremism, had partly blamed Trump for creating an atmosphere that fueled the bomb threats and vandalism of Jewish cemeteries, among other recent harassment. "His well-documented reluctance to address rising anti-Semitism helped to create an environment in which extremists felt emboldened," Greenblatt wrote last month.

On Feb. 28, in a meeting with state attorneys general, Trump had suggested the phoned-in bomb threats may have been designed to make "others look bad," according to Pennsylvania Attorney General Josh Shapiro. The remark raised concerns that Trump was downplaying bigotry. That same night, Trump opened his address to Congress with a strong condemnation of the threats and vandalism of Jewish cemeteries, which occurred in suburban St. Louis, Philadelphia and elsewhere.

In a phone interview Thursday from Washington, where Greenblatt was discussing anti-Semitism with members of Congress, he said, "It's not the identity of the culprit that's the issue," but the outcome of threats themselves, which terrified Jews and disrupted Jewish life.

He said anti-Semitism remained a serious concern, pointing to other recent incidents around the country. Swastikas were drawn throughout a New York City subway car with messages such as "Jews belong in the oven." In South Carolina, a white supremacist with felony convictions was charged with plotting an attack on a synagogue that officials said was inspired by the massacre at Emanuel AME Church in Charleston. A Seattle synagogue was vandalized with a spray-painted message, "The Holocaust is fake history."

Steven Goldstein, executive director of the Anne Frank Center for Mutual Respect, a civil rights and social justice group based in New York, said the arrest in Israel doesn't change Trump's record of being slow and insufficiently forceful in condemning anti-Jewish prejudice and bigotry in general. The center had repeatedly pointed to the bomb threats as evidence of "a national emergency of anti-Semitism" and accused Trump of failing to recognize the "real evidence" behind the problem.

"Nobody has said that Donald Trump himself has spray-painted swastikas or tipped over gravestones or that he picked up the phone and made bomb threats," Goldstein said. "What we were condemning was the silence. Organizations had to shame Donald Trump into responding."

The White House has not commented on Thursday's arrest.

Melissa Plotkin, director of community engagement and diversity at the York Jewish Community Center in Pennsylvania, which was the target of a bomb threat last month, said it was "troubling" to find out the suspect was Jewish. "I'm trying to make sense of it and wonder what was going through the mind of the person when they were carrying this out," Plotkin said. The Jewish Federations of North America called the case "heartbreaking."

Rabbi Joshua Hammerman of Temple Beth El in Stamford, Connecticut, said the case was an uncomfortable reminder of what he had been through. In 1999, medical waste marked with swastikas was left in his synagogue parking lot. The incident prompted an outpouring of support from religious leaders and others in the community. But then police charged a member of his congregation, an outcome Hammerman described as "somewhat embarrassing" and "difficult."

The rabbi expressed concern that the arrest of the Israeli-American teen would fuel denial of anti-Semitism and the Holocaust. Goldstein said his office had received emails Thursday claiming all reports of anti-Semitism were "fake news."

"I think we should never jump to conclusions as to who did a particular act and allow the process of investigation to play itself out," Hammerman said in a phone interview. "On the other hand, we should be equally vocal in calling out those who seem to condone such activity or at least don't explicitly condemn it."

Andrew Rehfield, chief executive of the Jewish Federation of St. Louis, said "finding out this guy was Jewish was baffling to us." Rehfield was among local leaders who organized the community's response to the cemetery vandalism last month, which drew donations and offers of help from Christians and Muslims, and political leaders from around the country. Some Jewish institutions in Missouri had also received bomb threats.

Rehfield worried that efforts to combat anti-Semitism would be undermined not only by the identity of the bomb threat suspect, but also the partisan prism through which such incidents are viewed. Rehfield had been criticized by opponents of Trump for accompanying Vice President Mike Pence on a visit to the vandalized cemetery. Then on Thursday, Rehfield said a Jewish Trump supporter distributed an email demanding Jewish leaders apologize to the president now that police say a Jew was responsible for the threats.