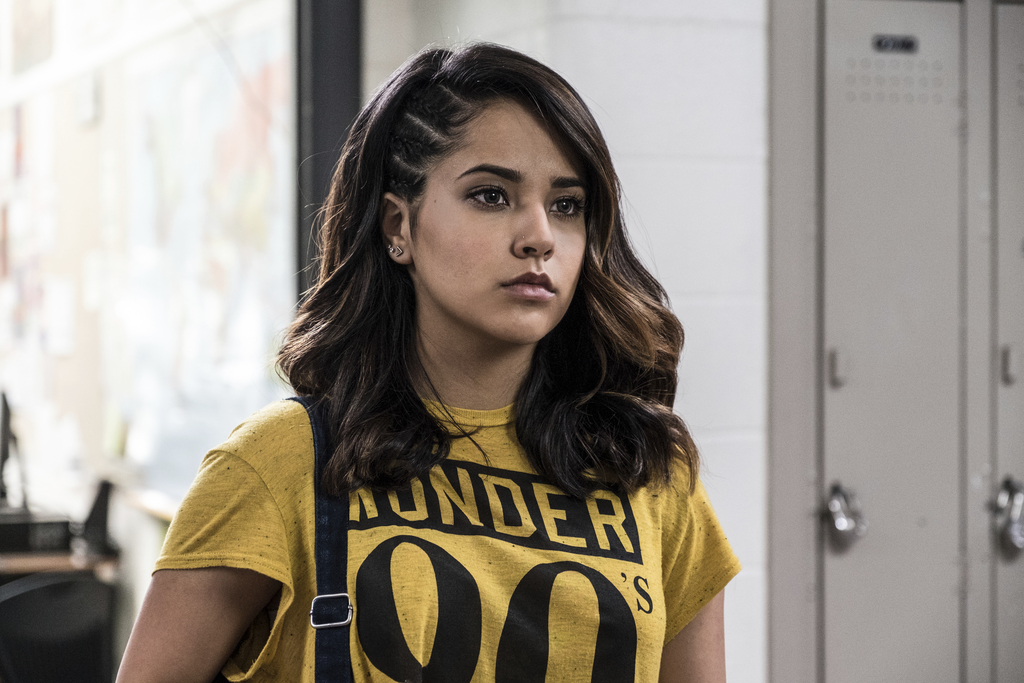 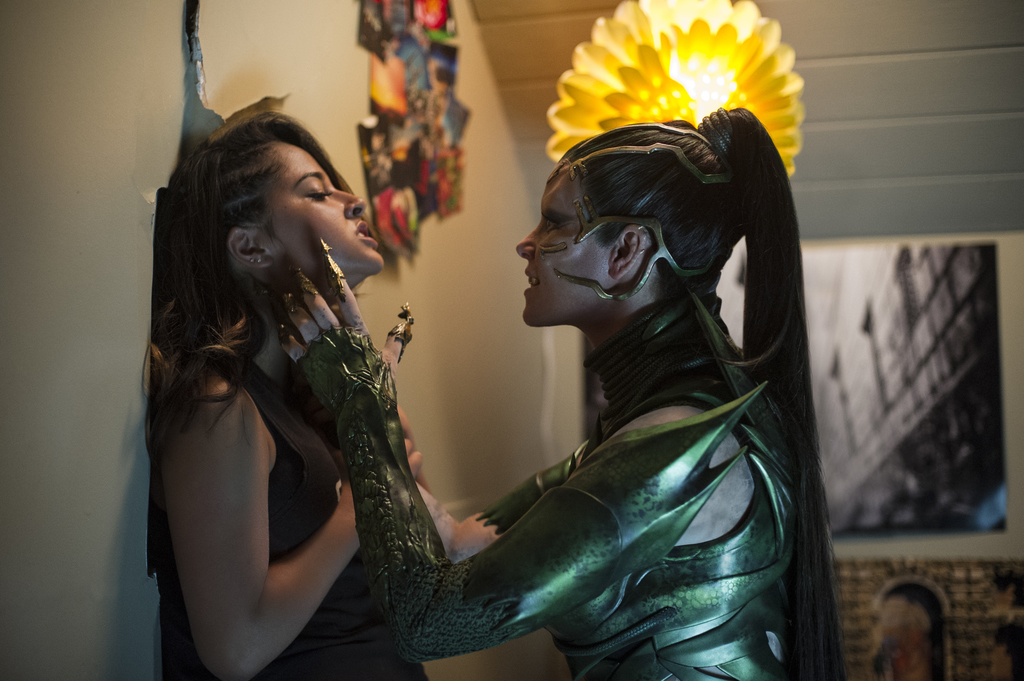 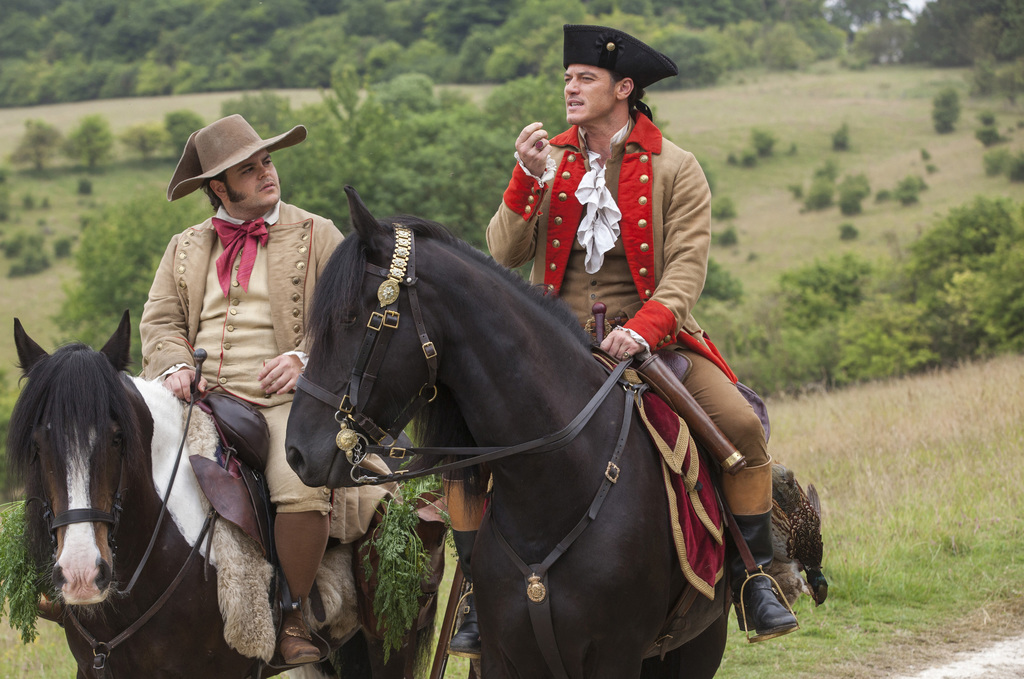 LOS ANGELES (AP) — A hug. A wink. A dance. A non-answer. These are the so-called gay moments in a handful of recent high-profile studio movies that have sparked both rapturous celebration and startling backlash.

From Sulu in "Star Trek Beyond" to LeFou in "Beauty and the Beast" and now Trini in "Power Rangers," the latest Hollywood fascination is the subtle nod that a once straight or undefined character is now or has always been gay.

But it's often so subtle that if it wasn't first discussed by filmmakers or actors, it's a wonder whether anyone would notice at all. Sulu can be seen hugging a man. LeFou winks at Gaston and later dances with a man. And Trini fails to answer a flirty question about whether she's having "boyfriend problems"... or "girlfriend problems?"

What are we to make of these "blink and you'll miss them" moments in a year when "Moonlight," with its explicit exploration of gay themes, can rise to become the best picture winner at the Academy Awards? Is this progress? For some, it is. For others, it's too much acclaim for too little action.

Buzzfeed film critic Alison Willmore wrote an article on Wednesday exploring the "outsized credit" that Hollywood is getting for the recent "seriously small moments of LGBT inclusivity."

"While, to be sure, even incremental progress should be celebrated — any forward movement is better than none — this is an incredibly unsatisfactory beat to go on to be widely disseminated as a breakthrough for inclusivity," Willmore wrote of the ambiguous "Power Rangers" moment.

Not so ambiguous is how the film industry is lagging in LGBT representation, especially compared with strides that have been made in television. A 2016 report by the University of Southern California found that 82 of the 100 top movies of 2015 did not depict one LGBT speaking or named character. In a study by the gay advocacy group GLAAD of major studio releases in 2015, 17.5 percent contained characters identified as lesbian, gay, bisexual, or transgender — a percentage that was unchanged from 2014.

But even "Beauty and the Beast" director Bill Condon and many of his cast quickly retreated from previous comments about the film's "gay moment," saying the response had been "overblown."

Hollywood might not be to blame for the dozens of articles that help to amplify small moments that are also socially significant firsts ("first gay superhero" and "first gay Disney character"). They're eminently clickable and part of the modern business model of internet news, especially as the public, actors and filmmakers weigh in.

For GLAAD President and CEO Sarah Kate Ellis, however, the minor moments are "incredibly important," especially in major studio films with significant youth audiences. A film like "Moonlight," she noted, is an adult film that came out from an independent distributor and producer.

"LGBT youth have a right to see their happily ever after, too," Ellis said.

A recent exhaustive GLAAD study found that 20 percent of millennials identify as LGBT — a statistic she thinks might have contributed to social media movements like the #GiveElsaaGirlfriend and #GiveCaptainAmericaaBoyfriend campaigns.

Ellis knows the "moments" are just a first step — she would like to eventually see LGBT protagonists in all-ages films — but for her, it shows that major studios, often too risk averse to change, are making an effort to test the waters.

For years, writers, fans and LGBT scholars have enjoyed speculating about which Disney characters were secretly gay — from "The Lion King's" isolated bachelor Scar to the marriage-averse Merida from "Brave." But none have ever been outwardly confirmed as such.

It's also noteworthy that all three recent gay-moment examples can be justified as tributes to the unsung gay history behind many of these stories. LGBT activist George Takei originated the character of Sulu. The late lyricist Howard Ashman wrote much of "Beauty and the Beast" while dying of AIDS and passed away before the film even came out. And, in the case of "Power Rangers," the original Blue Ranger David Yost left the series after being harassed for his sexual orientation.

"There have been in the past these coded moments threaded through stories that we've seen on the big screen, but no studio has been big enough or bold enough to own those moments," Ellis said. "If you were part of the LGBT community or ultra-observant, you might pick up on it. But having the studio own it and not back down from it was a big move forward for us."

From a business perspective, there was speculation that perhaps there could be a downside when reports emerged that a theater in Alabama was not going to show "Beauty and the Beast," and a few predominantly Muslim countries had pulled the film for review because of the gay moment. Then the film opened to a whopping $357.1 million globally.

"I don't think it impacted Disney's bottom line one bit," said Paul Dergarabedian, a senior media analyst for comScore. In fact, he said the spotlight on LeFou likely benefited the movie in the end, creating buzz, awareness and a conversation.

Ellis has observed that in just a few weeks, the tides have turned significantly. She saw some extremist anti-LGBT sentiments being thrown at "Beauty and the Beast," but now, with "Power Rangers," she's had trouble finding any backlash.

It's the perfect scenario to prove their point that "inclusive content wins across the board." Ellis just hopes that studios are taking notice.