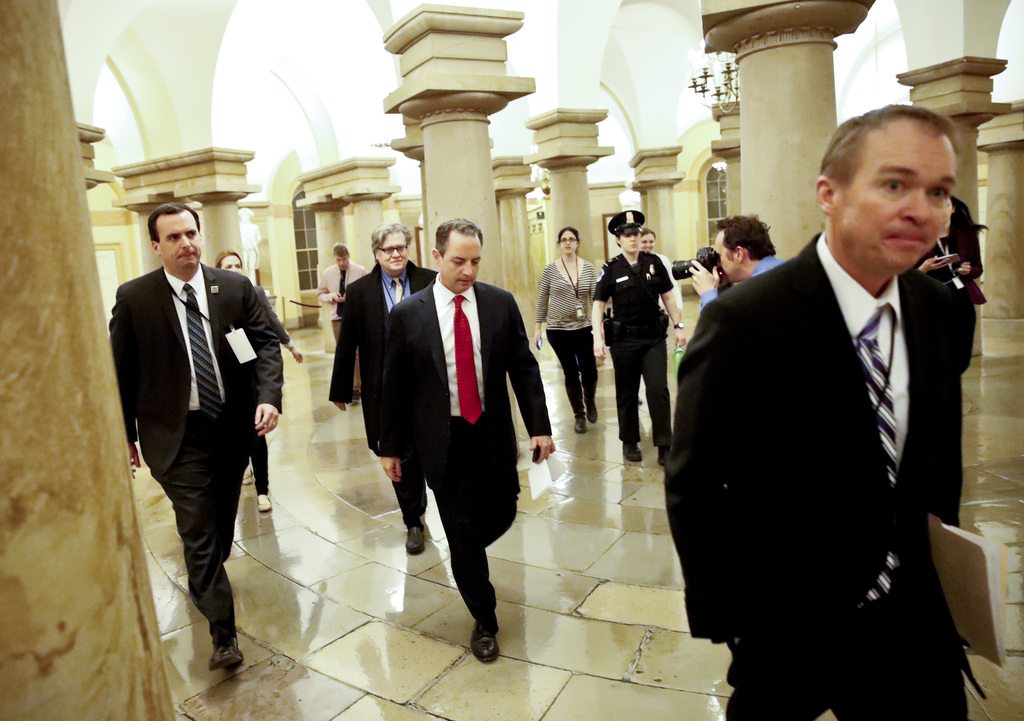 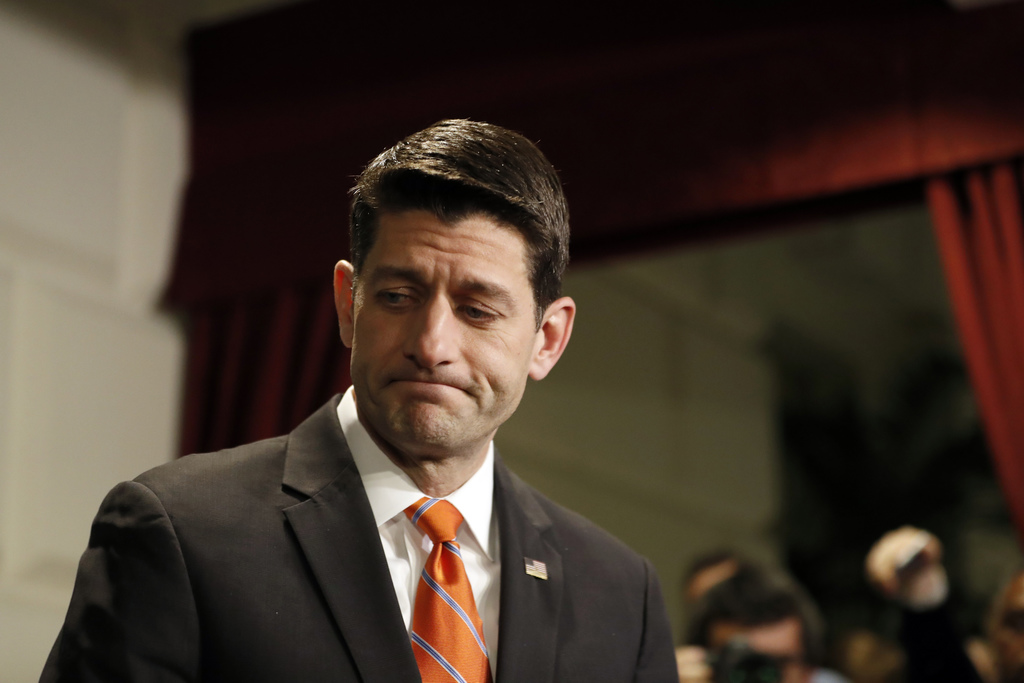 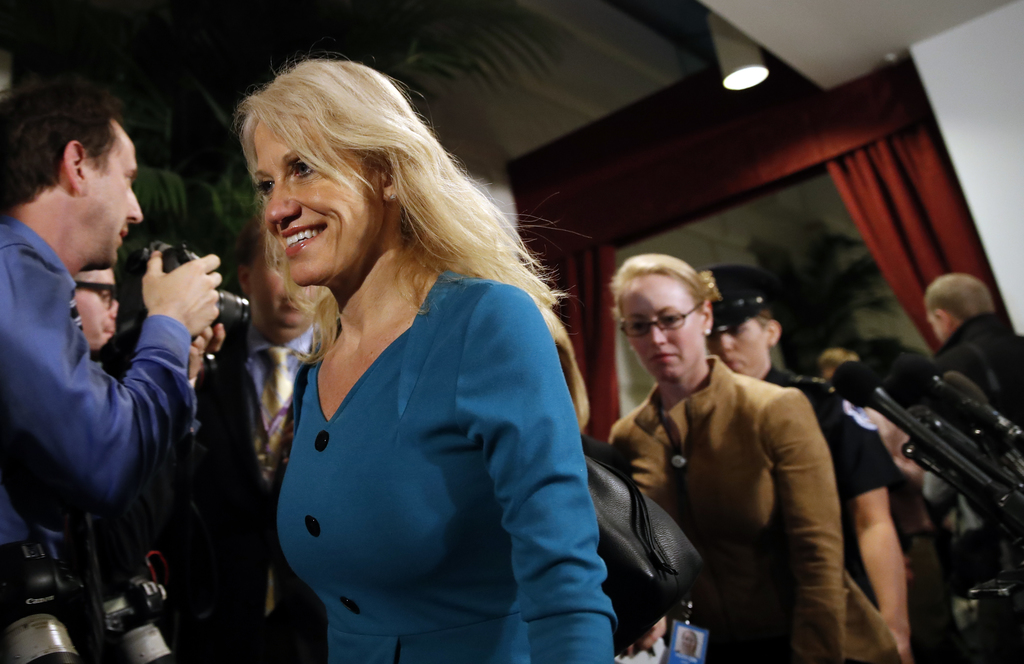 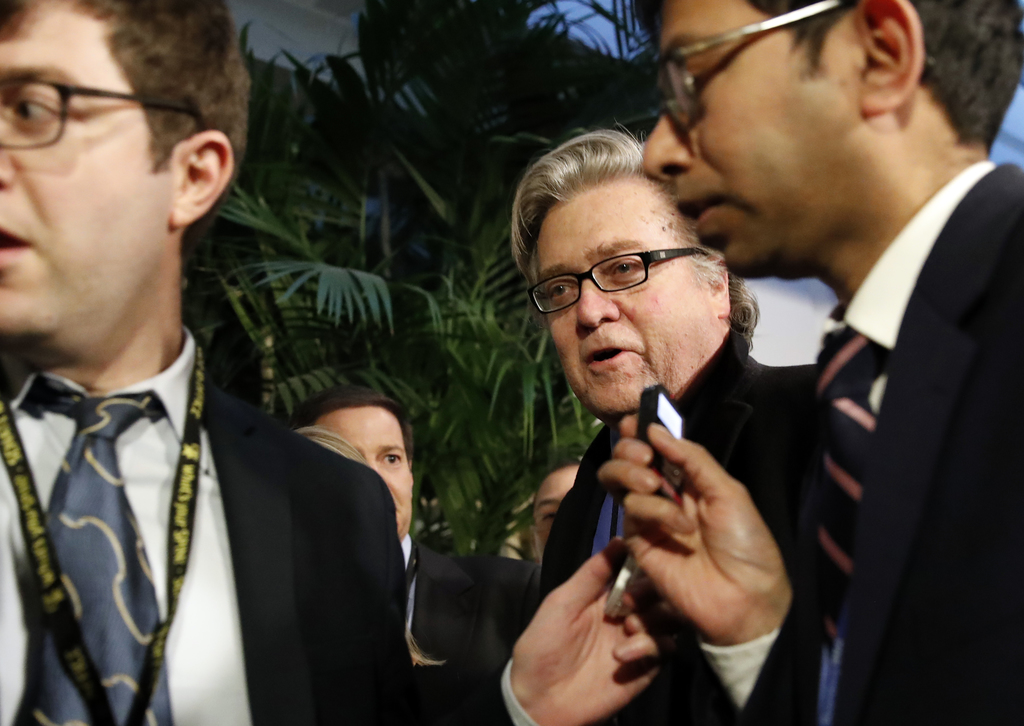 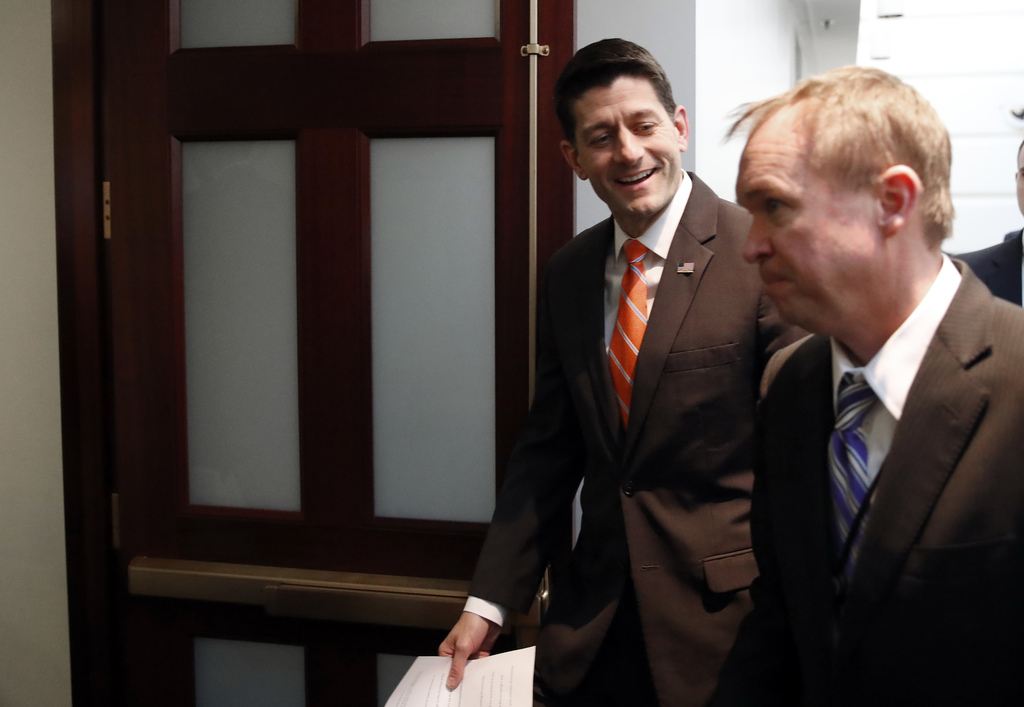 WASHINGTON (AP) — In a gamble with monumental political stakes, Republicans set course for a climactic House vote on their health care overhaul after President Donald Trump claimed he was finished negotiating with GOP holdouts and determined to pursue the rest of his agenda, win or lose.

House Speaker Paul Ryan set the showdown for Friday, following a nighttime Capitol meeting at which top White House officials told GOP lawmakers that Trump had decided the time for talk was over.

"We have been promising the American people that we will repeal and replace this broken law because it's collapsing and it's failing families. And tomorrow we're proceeding," Ryan tersely told reporters after scheduling what loomed as the most momentous vote to date for Trump and for the Wisconsin Republican's own speakership.

In an embarrassing and stinging setback hours earlier, leaders abruptly postponed the vote because a rebellion by conservatives and moderates would have doomed the measure. They'd hoped for a roll call Thursday, which marked the seventh anniversary of President Barack Obama's enactment of his landmark health care statute that Republicans have vowed ever since to annul.

There was no evidence that leaders had nailed down sufficient support to prevail, nor that their decision to charge ahead was a feint and that they'd delay again if necessary. But they seemed to be calculating that at crunch time, enough dissidents would decide against sabotaging the bill, Trump's young presidency and the House GOP leadership's ability to set the agenda, with a single, crushing defeat.

"The president has said he wants the vote tomorrow," White House budget chief Mick Mulvaney told the lawmakers, according to Rep. Chris Collins, R-N.Y., a Trump ally. "If for any reason it goes down, we're just going to move forward with additional parts of his agenda. This is our moment in time."

Even if they prevail, Republicans face an uphill climb in the Senate, where conservatives and moderates are also threatening to sink it.

The GOP bill eliminates the Obama statute's unpopular fines on those who do not obtain coverage and the often generous subsidies for those who purchase insurance.

Instead, consumers would face a 30 percent premium penalty if they let coverage lapse. Republican tax credits would be based on age, not income. The bill would also end Obama's Medicaid expansion and trim future federal financing for the federal-state program and let states impose work requirements on some of its 70 million beneficiaries.

In a bid to coax support from conservatives, House leaders proposed a fresh amendment — to be voted on Friday — repealing Obama's requirement that insurers cover 10 specified services like maternity and mental health care. Conservatives have demanded the removal of those and other conditions the law imposes on insurers, arguing they drive premiums skyward.

Many moderates are opposed because they say the GOP bill would leave many voters uninsured. Medical associations, consumer groups and hospitals are opposed or voicing misgivings, and some Republican governors say the bill cuts Medicaid too deeply and would leave many low-income people uncovered.

Republicans can lose only 22 votes in the face of united Democratic opposition. A tally by The Associated Press found at least 32 "no" votes, but the figure was subject to fluctuation amid frantic GOP lobbying.

Rep. Mark Meadows, R-N.C., head of the hard-right House Freedom Caucus, said he remained a "no" but didn't answer when asked whether the group still had enough votes to kill the legislation. He'd long said caucus opposition alone would defeat it without changes.

One member of that group, Rep. Paul Gosar, R-Ariz., responded indirectly when asked if his opposition had changed.

"Everybody asked us to take a moment and reflect. Well, we'll reflect," he said.

Other foes said they'd not flipped. These included moderate Reps. Charlie Dent of Pennsylvania, Dan Donovan of New York and Leonard Lance of New Jersey, plus conservative Walter Jones of North Carolina, who had his own words of warning.

"He's there for three-and-a-half more years," Jones said of Trump. "He better be careful. He's got a lot of issues coming."

The nonpartisan Congressional Budget Office said changes Republican leaders had proposed before Thursday to win votes had cut the legislation's deficit reduction by more than half, to $150 billion over the next decade. But it would still result in 24 million more uninsured people in a decade.

Obama's law increased coverage through subsidized private insurance for people who don't have access to workplace plans, and a state option to expand Medicaid for low-income residents. More than 20 million people gained coverage since the law was passed in 2010.

Many who purchase individual health insurance and make too much to qualify for the law's tax credits have seen their premiums jump and their choices diminished.

Republicans have set course for a climactic House vote on their health care overhaul.

Their decision came after President Donald Trump claimed he was finished negotiating with GOP holdouts and determined to move on to the rest of his agenda, win or lose.

House Speaker Paul Ryan set the showdown for Friday. At a Capitol meeting late Thursday, top White House officials told GOP lawmakers that Trump had decided the time for talk was over.

In an embarrassing setback hours earlier, party leaders abruptly postponed the vote because a rebellion by both conservatives and moderates would have doomed it.

There was no evidence that leaders had nailed down sufficient support to prevail. But they seemed to be calculating that Republicans would not want to deal Trump a crushing defeat.