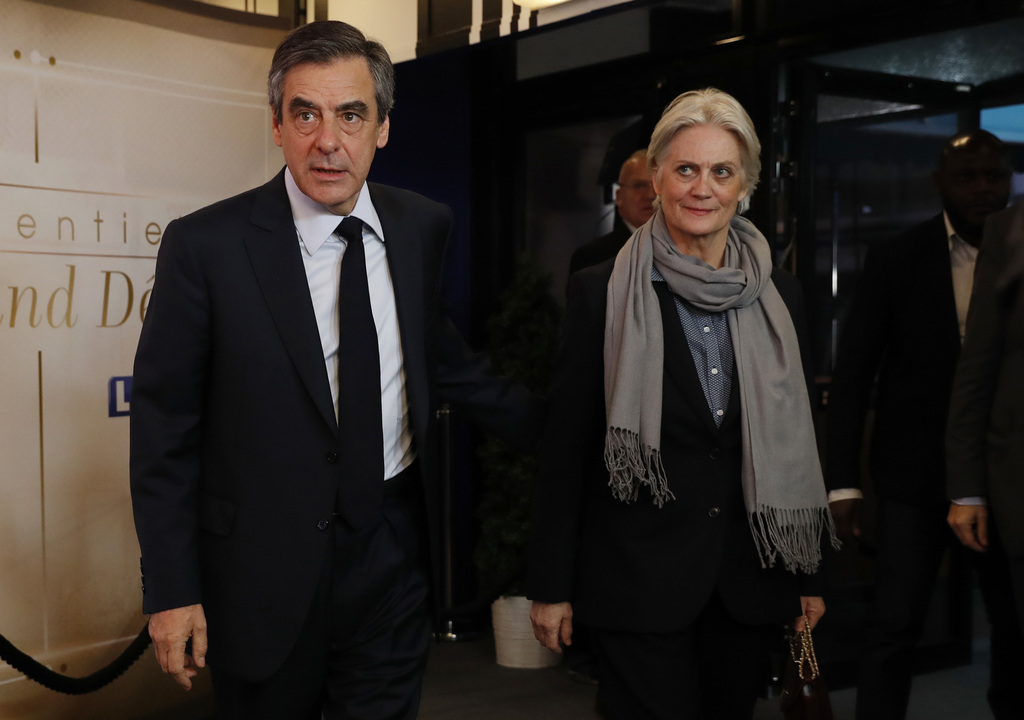 PARIS (AP) — An investigation into parliamentary jobs arranged by French presidential candidate Francois Fillon has been extended to new suspicions of fraud and forgery.

A judicial official said Tuesday that prosecutors have allowed judges investigating whether jobs given by Fillon to his wife Penelope were real to extend their probe to allegations of aggravated fraud, forgery and use of forgeries.

The official spoke on condition of anonymity to discuss the ongoing investigation.

Le Monde newspaper reported that investigators suspect the couple of forging documents after Penelope's alleged fake jobs were first reported in late January in order to prove she actually worked for her husband and that her salary was justified.

Fillon has denied wrongdoing and vowed to keep campaigning for France's two-round, April-May presidential election despite being handed preliminary charges.