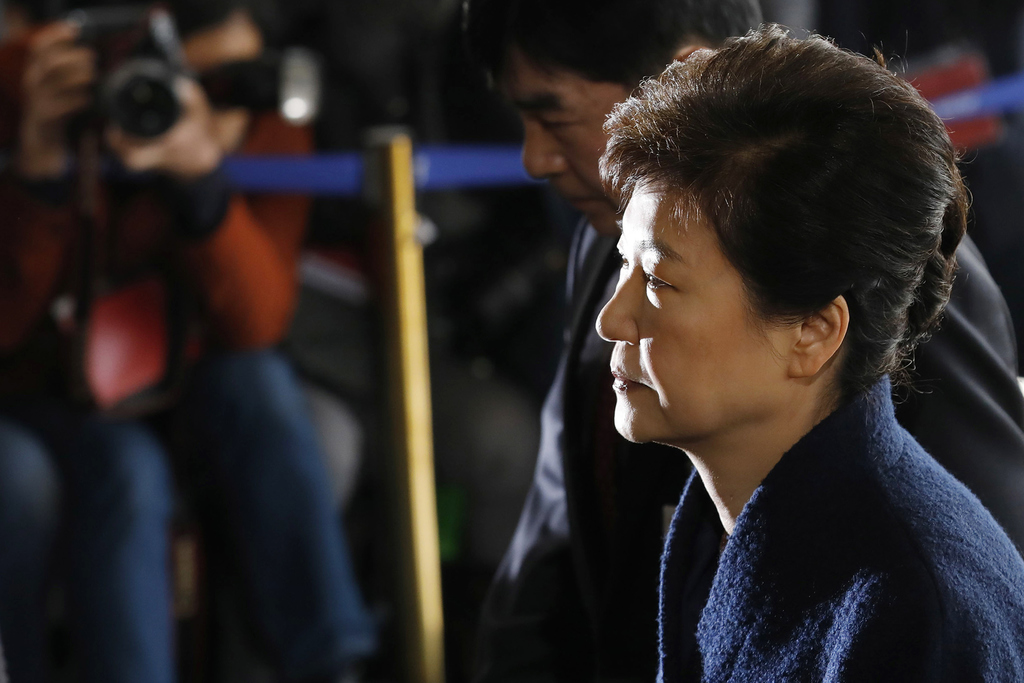 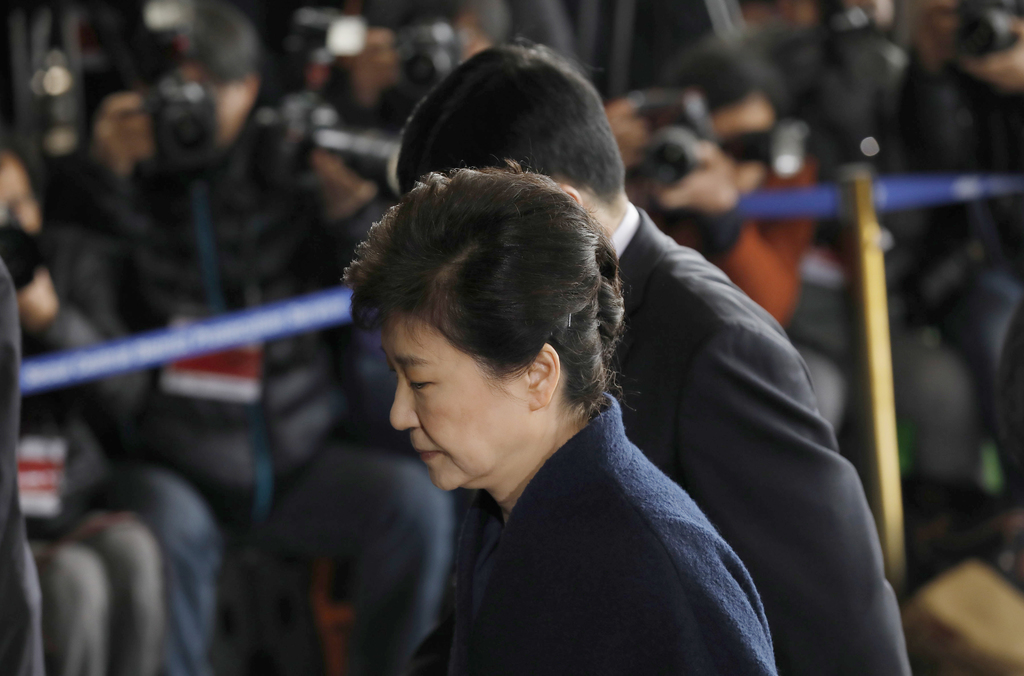 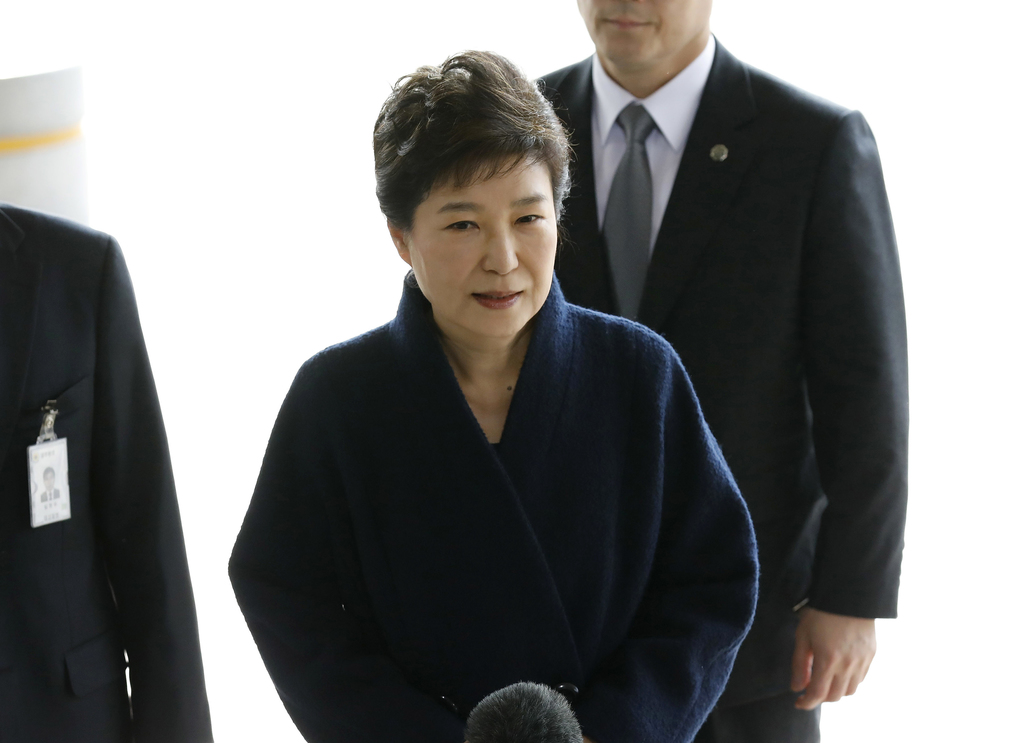 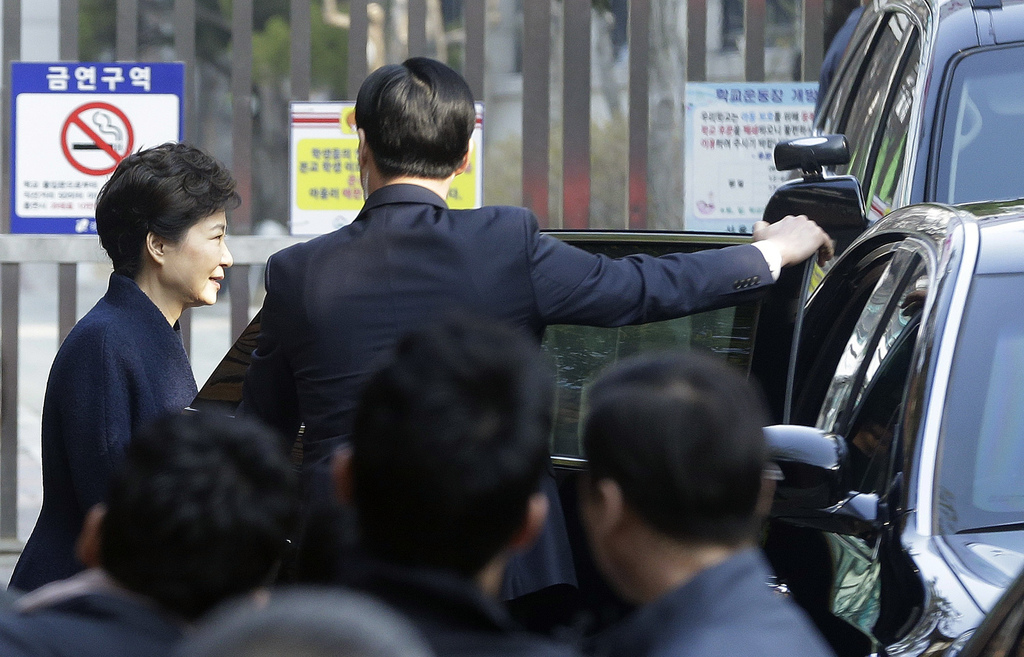 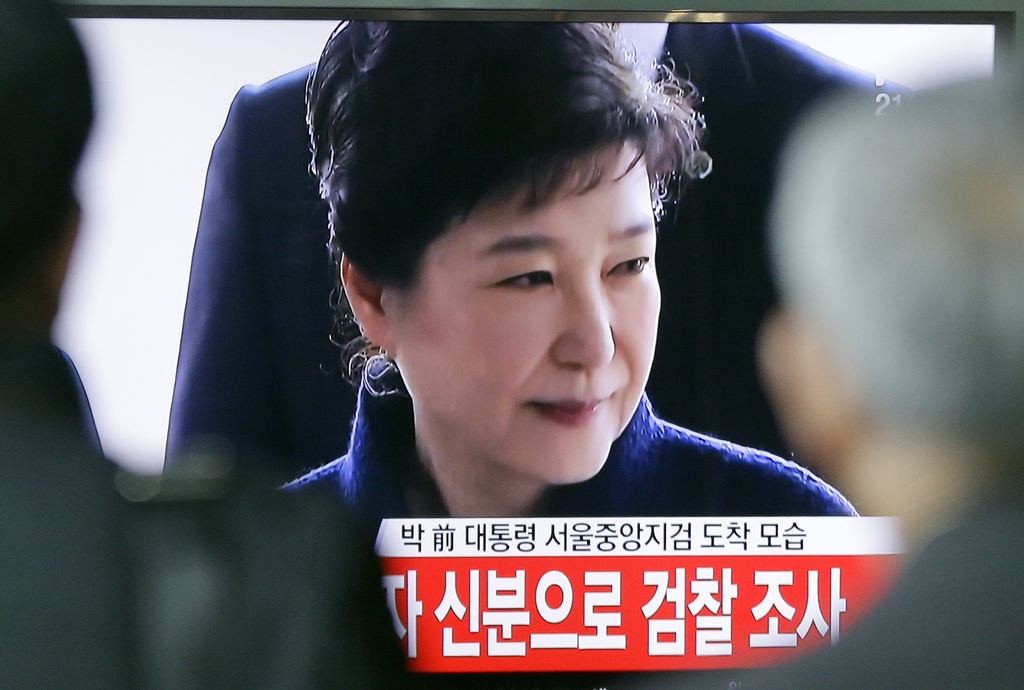 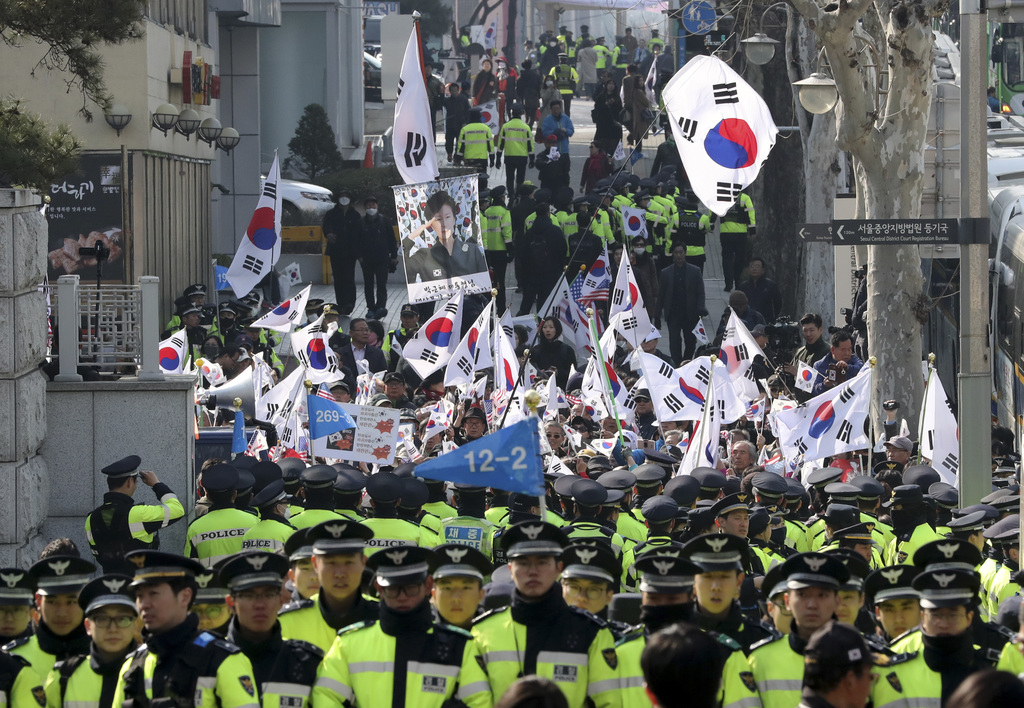 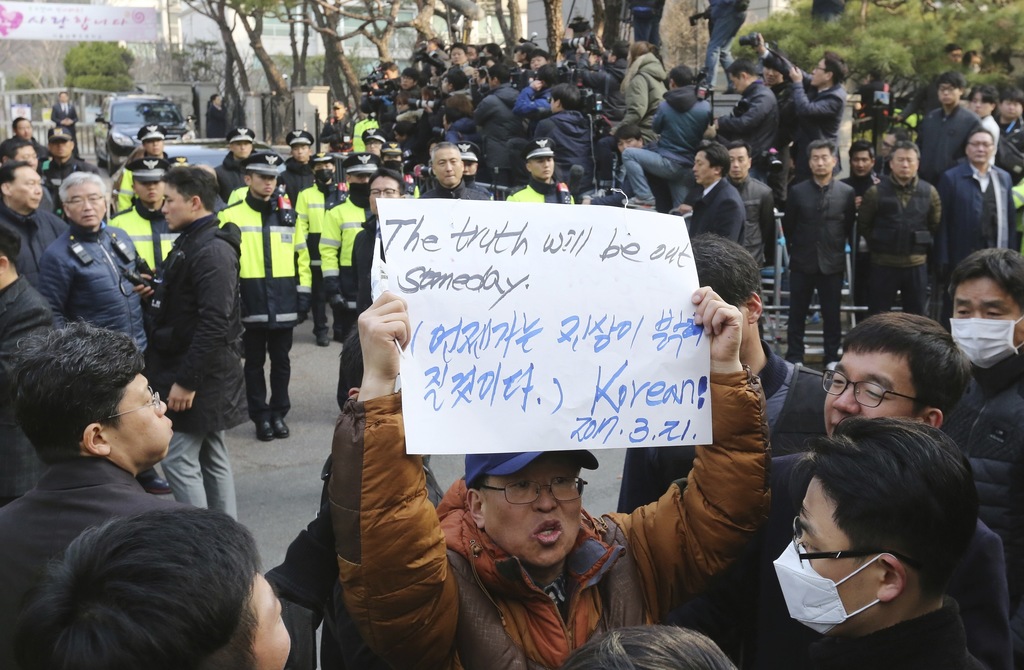 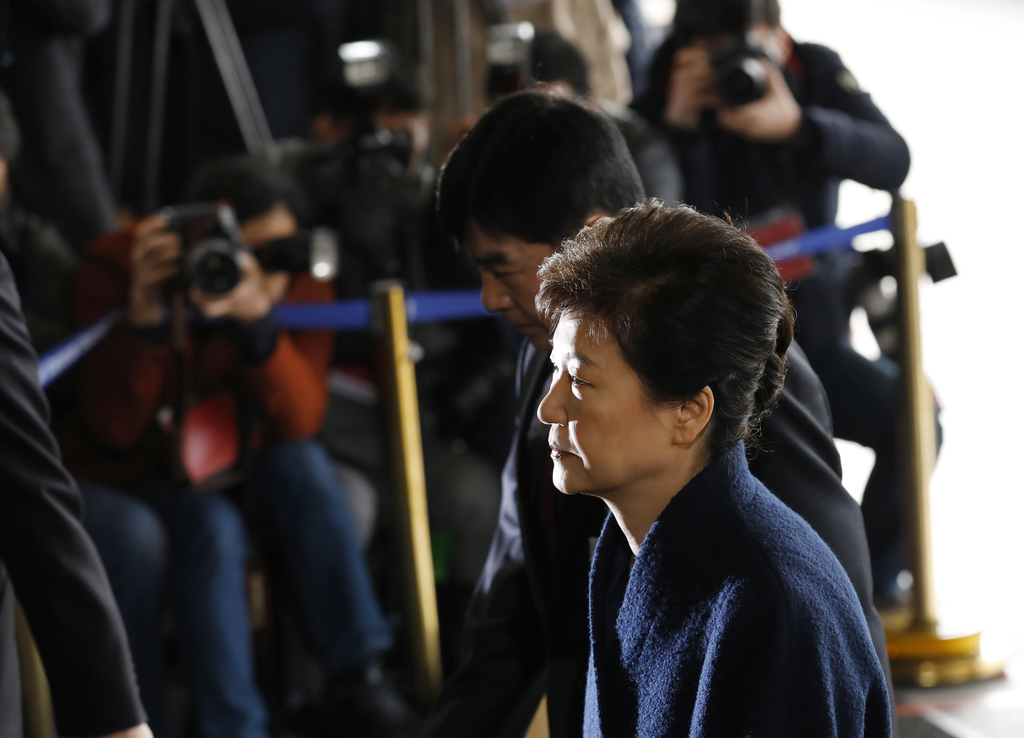 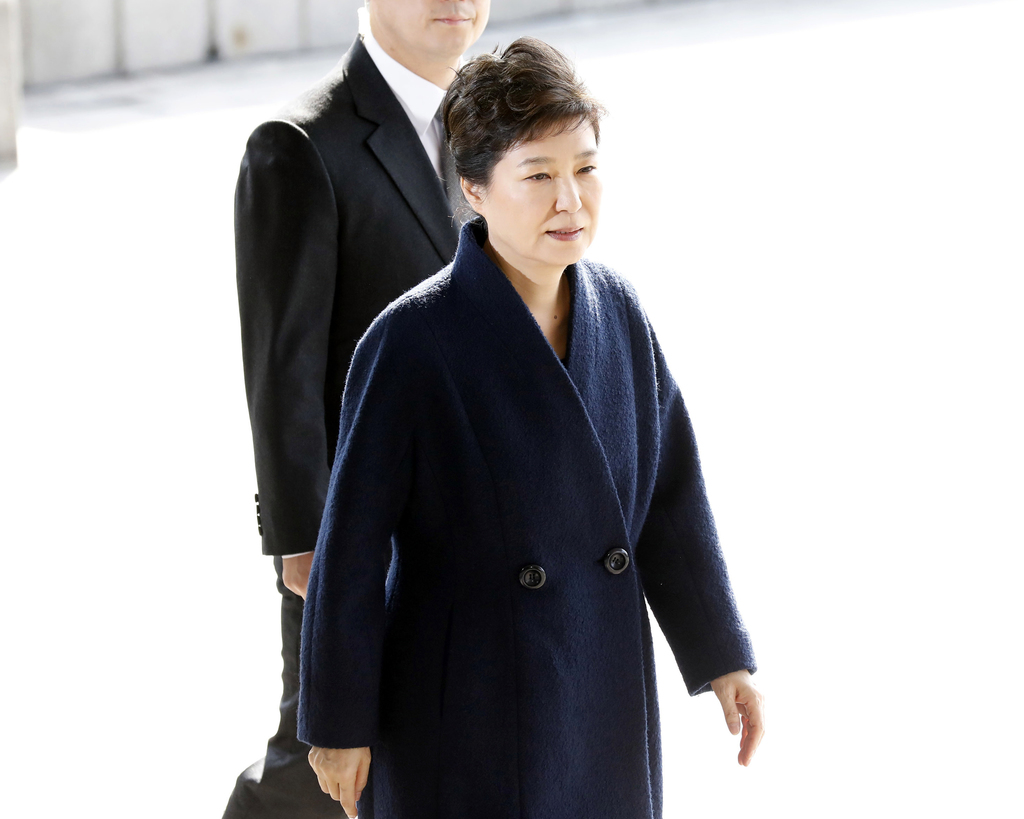 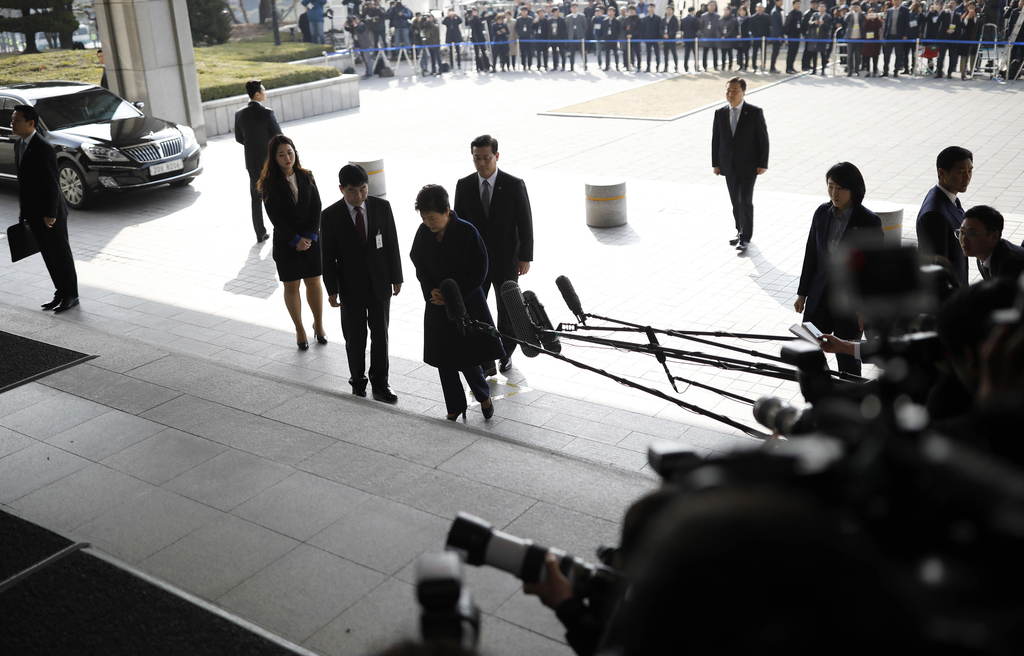 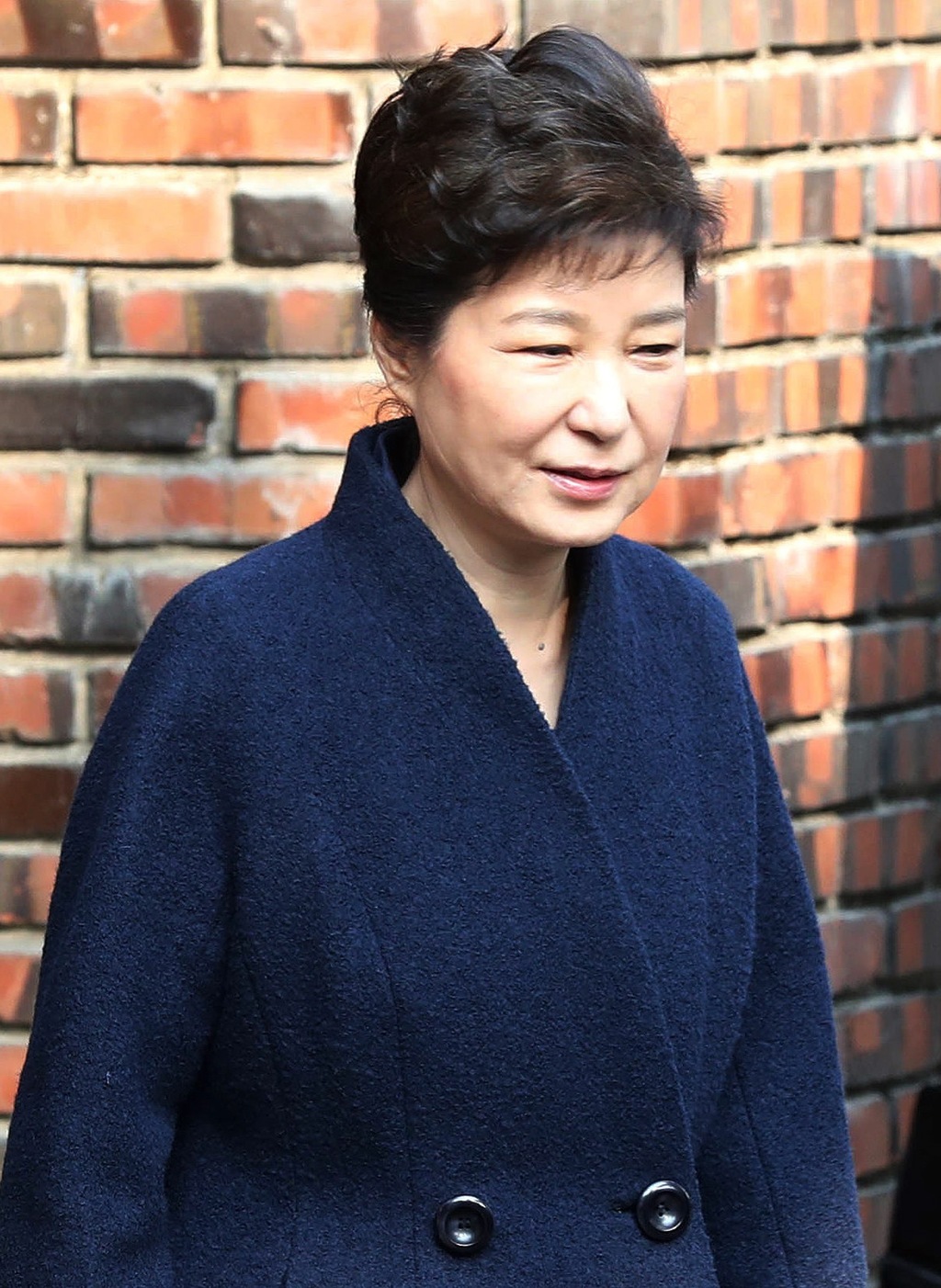 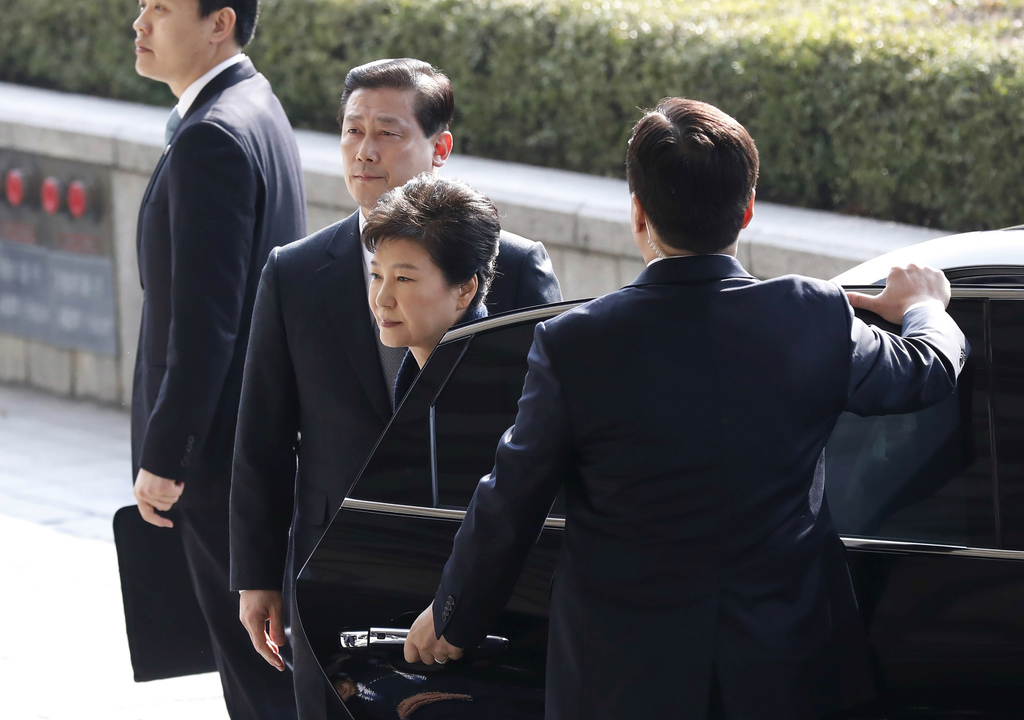 SEOUL, South Korea (AP) — South Korean prosecutors grilled the country's just-ousted president on Tuesday in a long-awaited investigation of corruption allegations that ended her rule and now threaten to put her in jail.

The questioning of Park Geun-hye came 11 days after the Constitutional Court unanimously ruled to dismiss her over suspicions she colluded with a confidante to extort money from businesses and committed other wrongdoings. Her powers had been suspended since she was impeached by parliament in December.

"I am sorry to the people. I will sincerely undergo an investigation," Park told reporters, without elaborating, when she arrived at the prosecutors' office.

It was not clear if Park's brief statement meant she acknowledged the corruption allegations, since she has repeatedly denied any legal wrongdoing. South Korean politicians embroiled in scandals often offer public apologies for causing trouble though they deny any involvement.

In Park's questioning, expected to last until late in the evening, prosecutors were trying to determine whether to seek an arrest warrant, according to South Korean media. Many other suspects implicated in the scandal have already been arrested, including Park's confidante Choi Soon-sil, some top government officials and Samsung heir Lee Jae-yong.

Prosecutors have previously accused Park of extortion, bribery and abuse of power, which could theoretically carry penalties of up to life imprisonment. But arresting Park would be a delicate matter because it might aggravate a national divide and create a strong conservative backlash ahead of an election in May to choose her successor, some political experts said.

Park's scandal has roiled South Korea for months, with those opposing and supporting her rule staging massive rallies. After the March 10 Constitutional Court ruling, Park supporters clashed with police, leaving three dead. On Tuesday, hundreds of Park's supporters waited for hours outside the prosecutors' office, holding anti-impeachment signs and the national flag, which has become a symbol of their protest.

Park had immunity while in office and had refused to meet with prosecutors or allow officials to search her presidential compound. After leaving office, she has continued to reject the allegations, saying "I believe the truth will certainly come out."

Park is the first democratically elected leader to be forced out of office in South Korea since democracy replaced dictatorship in the late 1980s.

It was a dramatic fall for Park, the daughter of slain dictator Park Chung-hee who became the country's first female president in late 2012 with the backing of conservatives who remembered her father as a hero who pulled the country up from poverty despite his suppression of civil rights.

Moon Jae-in, a liberal who lost the 2012 presidential election to Park, currently has a commanding lead in opinion surveys for next leader.