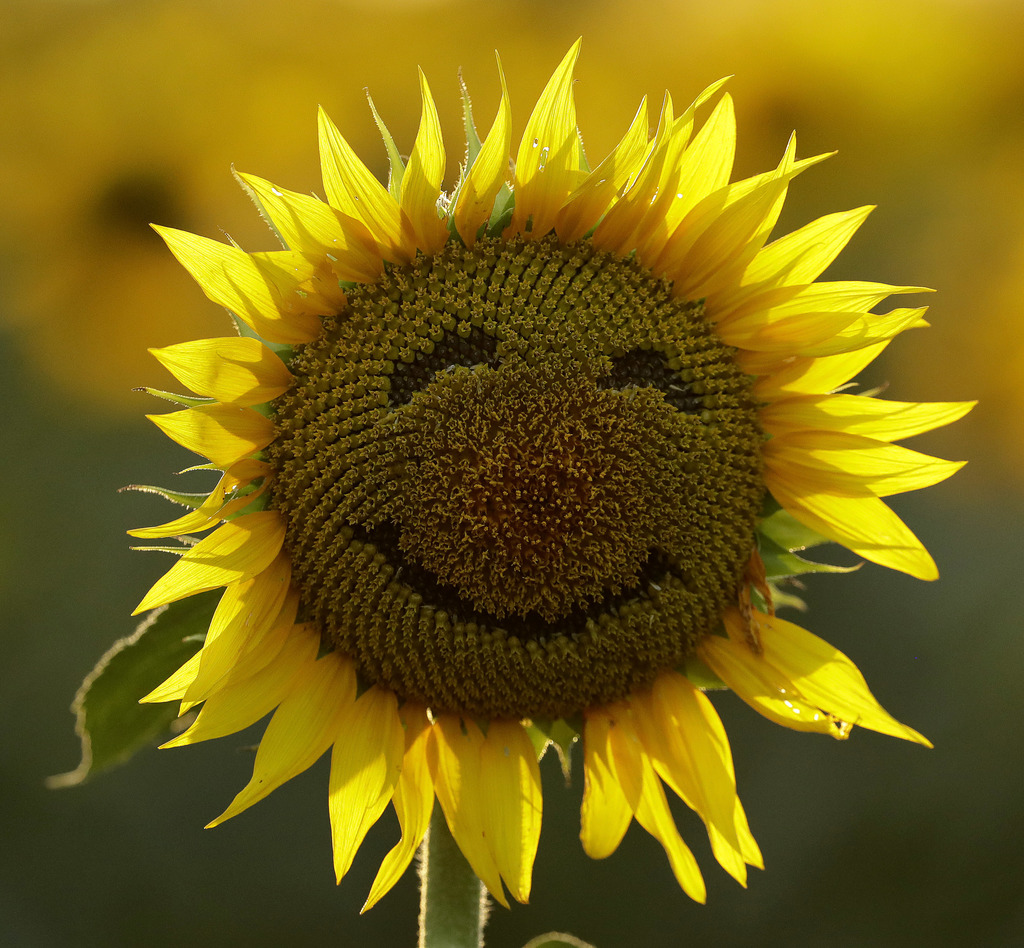 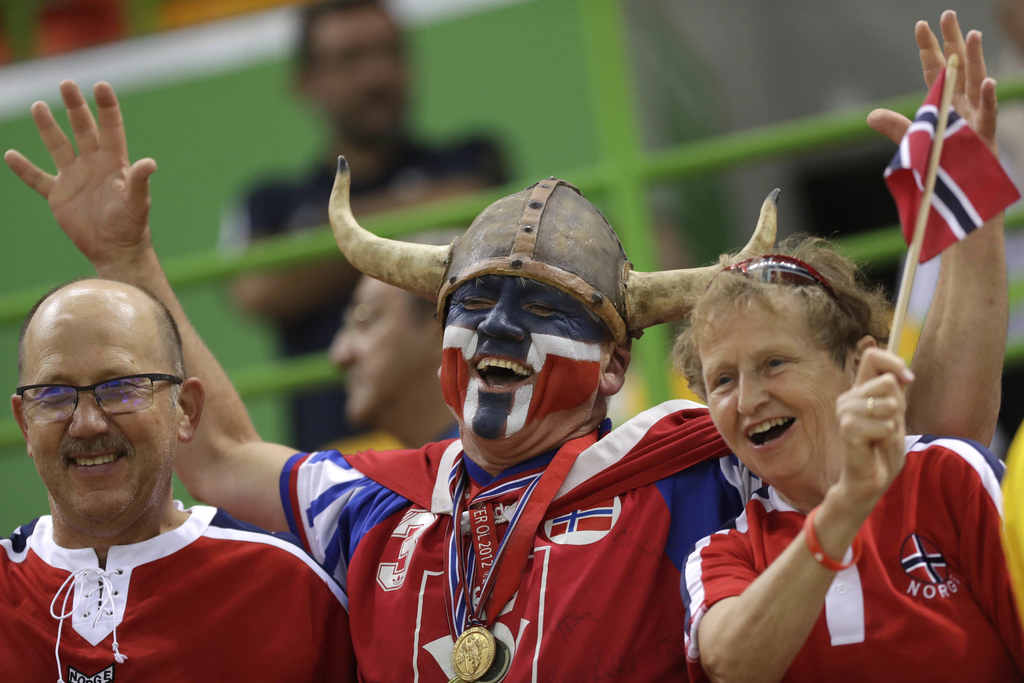 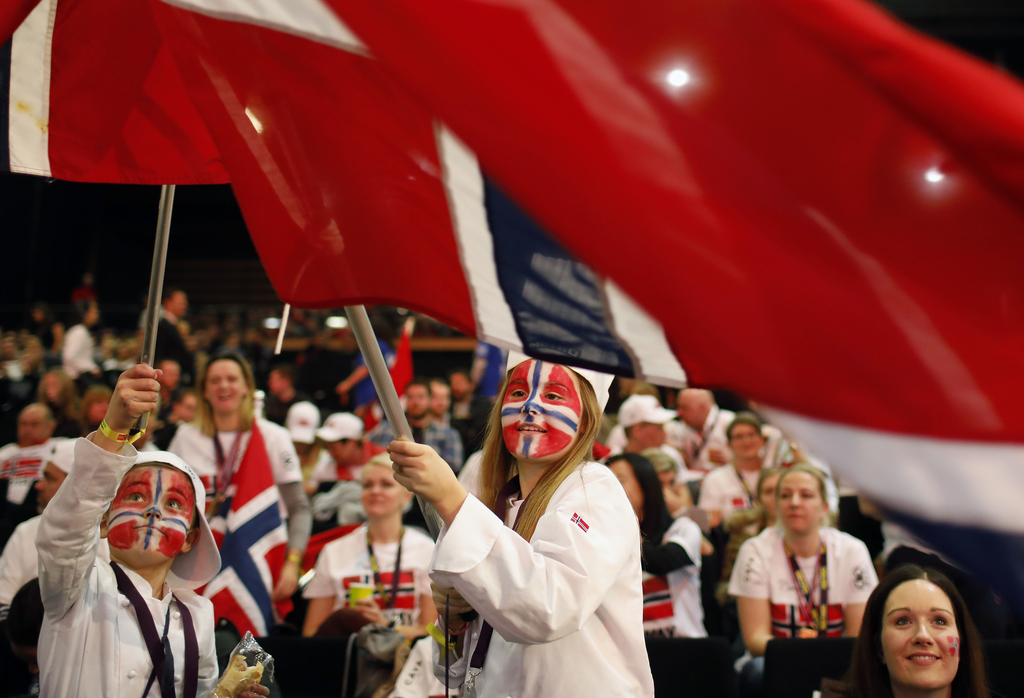 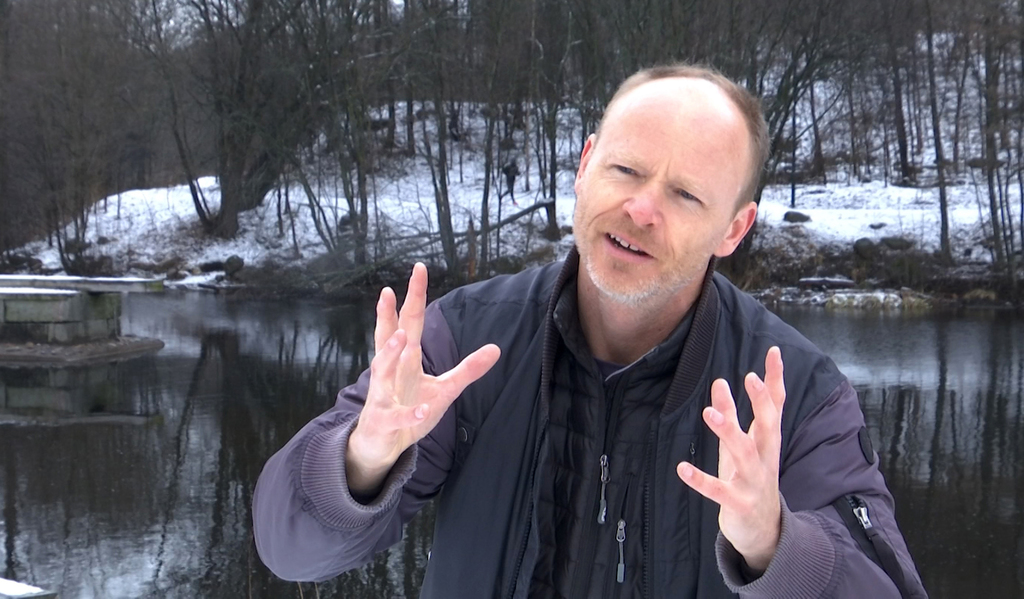 OSLO, Norway (AP) — If you want to pursue happiness, grab a winter coat.

A new report shows Norway is the happiest country on Earth, Americans are getting sadder, and it takes more than just money to be happy.

What makes Norway and other northern European countries top the happiness list has a lot to do with a sense of community and broad social welfare support, according to experts and cheerful Norwegians, including one whose job it is to make people laugh.

"The answer to why Norwegians are happy — it's a bit boring — it's well functioning institutions," explained Norwegian comedian Harald Eia. "The schools, health care, police, all the bureaucracy treat people with respect and that trickles down and makes us happy, makes us trust each other, makes us feel a part of the whole community. So it's very boring: bureaucrats are the secret to our happiness."

Norway vaulted to the top slot in the World Happiness Report despite lower prices for oil, a key part of its economy. In the U.S., happiness has been declining for the past decade even as the nation has become richer.

The United States was 14th in the latest ranking, down from No. 13 last year, and over the years Americans steadily have been rating themselves less happy.

"It's the human things that matter. If the riches make it harder to have frequent and trustworthy relationships between people, is it worth it?" asked John Helliwell, the lead author of the report and an economist at the University of British Columbia in Canada (ranked No. 7). "The material can stand in the way of the human."

Studying happiness may seem frivolous, but serious academics have long been calling for more testing about people's emotional well-being, especially in the United States. In 2013, the National Academy of Sciences issued a report recommending that federal statistics and surveys, which normally deal with income, spending, health and housing, include a few extra questions on happiness because it would lead to better policy that affects people's lives.

Norway moved from No. 4 to the top spot in the report's rankings, which combine economic, health and polling data compiled by economists that are averaged over three years from 2014 to 2016. Norway edged past previous champ Denmark, which fell to second. Iceland, Switzerland and Finland round out the top 5.

"I think it's the work-life balance. So we have a big safety net, so we get free education, free health care, so it's really good," said 29-year-old Marin Maal in Oslo. "And we're close to nature."

Still, you have to have money to be happy, and it is no coincidence that Norway is one of the richest nations in the world. It's also why most of the bottom countries are in desperate poverty. But at a certain point extra money doesn't buy extra happiness, Helliwell and others said.

Central African Republic fell to last on the happiness list, and is joined at the bottom by Burundi, Tanzania, Syria and Rwanda.

The report ranks 155 countries. The economists have been ranking countries since 2012, but the data used goes back further so the economists can judge trends.

The rankings are based on gross domestic product per person, healthy life expectancy with four factors from global surveys. In those surveys, people give scores from 1 to 10 on how much social support they feel they have if something goes wrong, their freedom to make their own life choices, their sense of how corrupt their society is and how generous they are.

Study co-author and economist Jeffrey Sachs of Columbia University said in a phone interview from Oslo that the sense of community, so strong in Norway, is deteriorating in the United States.

University of Maryland's Carol Graham, who wasn't a study author but did review some chapters, said the report mimics what she sees in the American rural areas, where her research shows poor whites have a deeper lack of hope, which she connects to rises in addictions to painkillers and suicide among that group.

"There is deep misery in the heartland," Graham, author of the book "The Pursuit of Happiness," wrote in an email.

"Why can't Americans who are the brightest people in the world do the same thing as we do to make the happiest people?" Eia asked. "I don't get it."