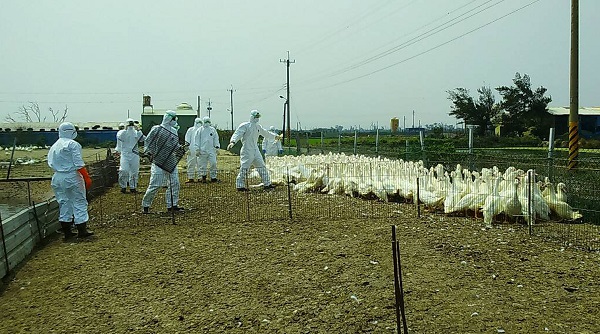 TAIPEI (Taiwan News) -- Another duck farm, this time in Taiwan’s Changhua County, has been struck by a high pathogenic strain of H5N2 avian influenza, according to the Animal Disease Control Center of Changhua County (ADCC).

Tung Meng-chih (董孟治), head of the ADCC, said that to prevent the spread of bird flu to other poultry farms, authorities carried out the culling of 1,542 ducks today as well as disinfecting procedures. The farm will not be allowed to house any birds for 21 days, after which the ADCC will return to conduct tests of the property to ensure it is free of bird flu.

The ADCC will also carry out tests and monitor the surroundings within one kilometer for the next three months to reduce the risk of the virus spreading.

Tung said that Changhua County has culled 18,424 chickens and 7,627 ducks so far this year. Avian flu was found at one chicken farm and seven duck farms in the county.

Last week, 1,277 ducks were culled at a farm in Fangyuan Township, Changhua County.

There were 91 poultry farms in Taiwan confirmed to have infections of avian influenza viruses, and 754,524 birds had been culled as of March 15, according to the Council of Agriculture (COA). Twelve of the 91 farms were reported infected with H5N6, which can be transmitted to humans.

Four hundred abandoned dead chickens tested positive for H5N6 in Hsinchu in February, the county’s first case of the year. A few days after the case, COA Minister Lin Tsung-hsien (林聰賢) said that poultry transport and slaughter could resume as the government agency had the H5N6 strain under control and the risk of another outbreak was minimal.

At the end of February, a Kaohsiung businessman died after contracting the H5N9 strain of avian flu. The man contracted the virus while working in China.

The H5N2 strain of avian influenza has been reported to infect humans, but the most serious cases only developed conjunctivitis. There has been no evidence of human-to-human infections of this strain of the virus.

The COA recently introduced a rule requiring ducks to be tested for bird flu before being slaughtered for sale because infected ducks often show no symptoms. 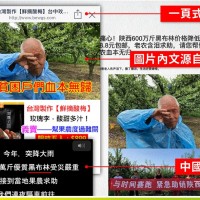 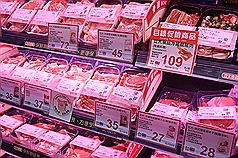 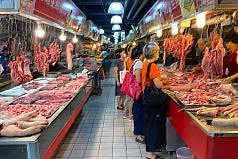