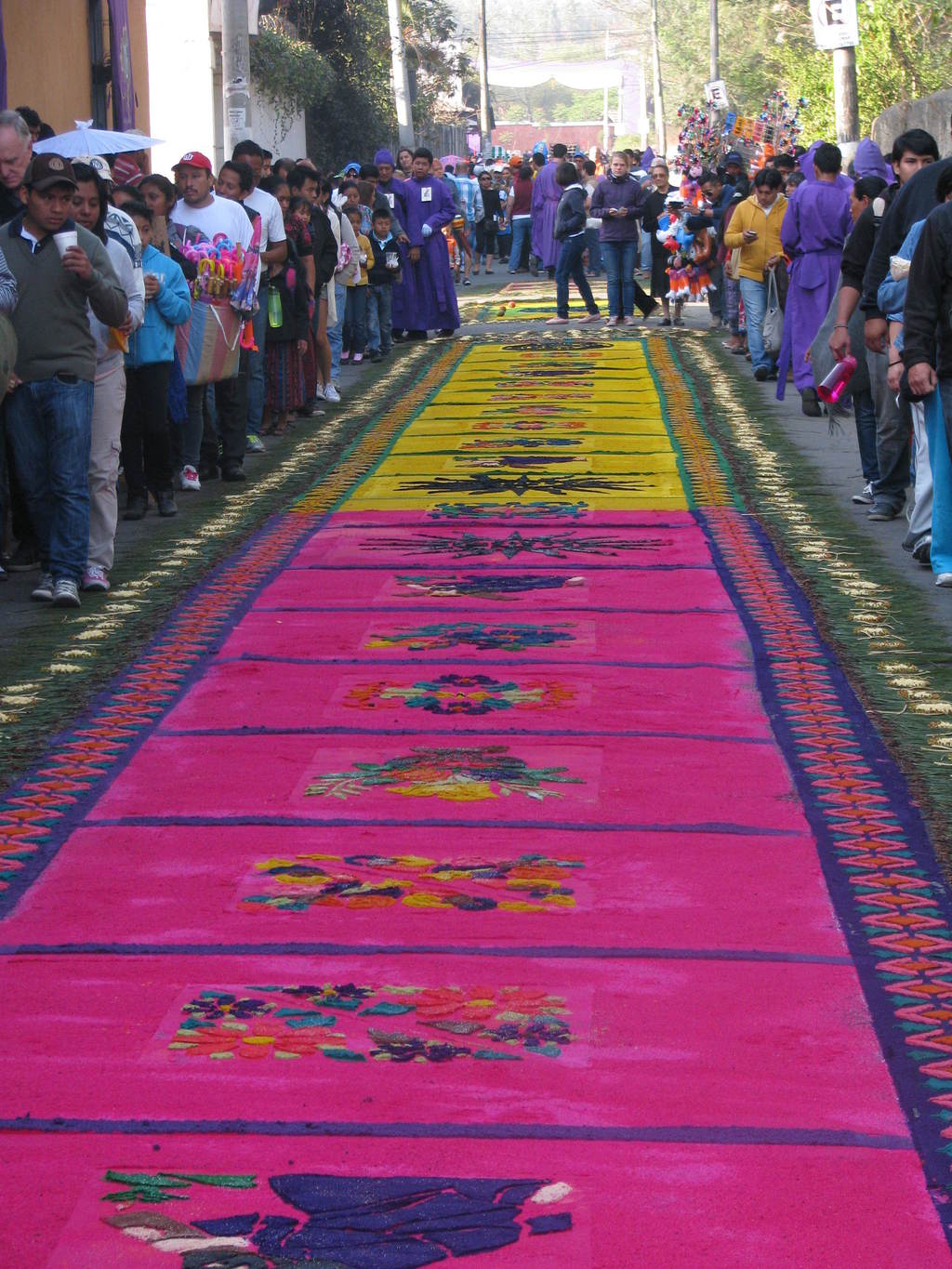 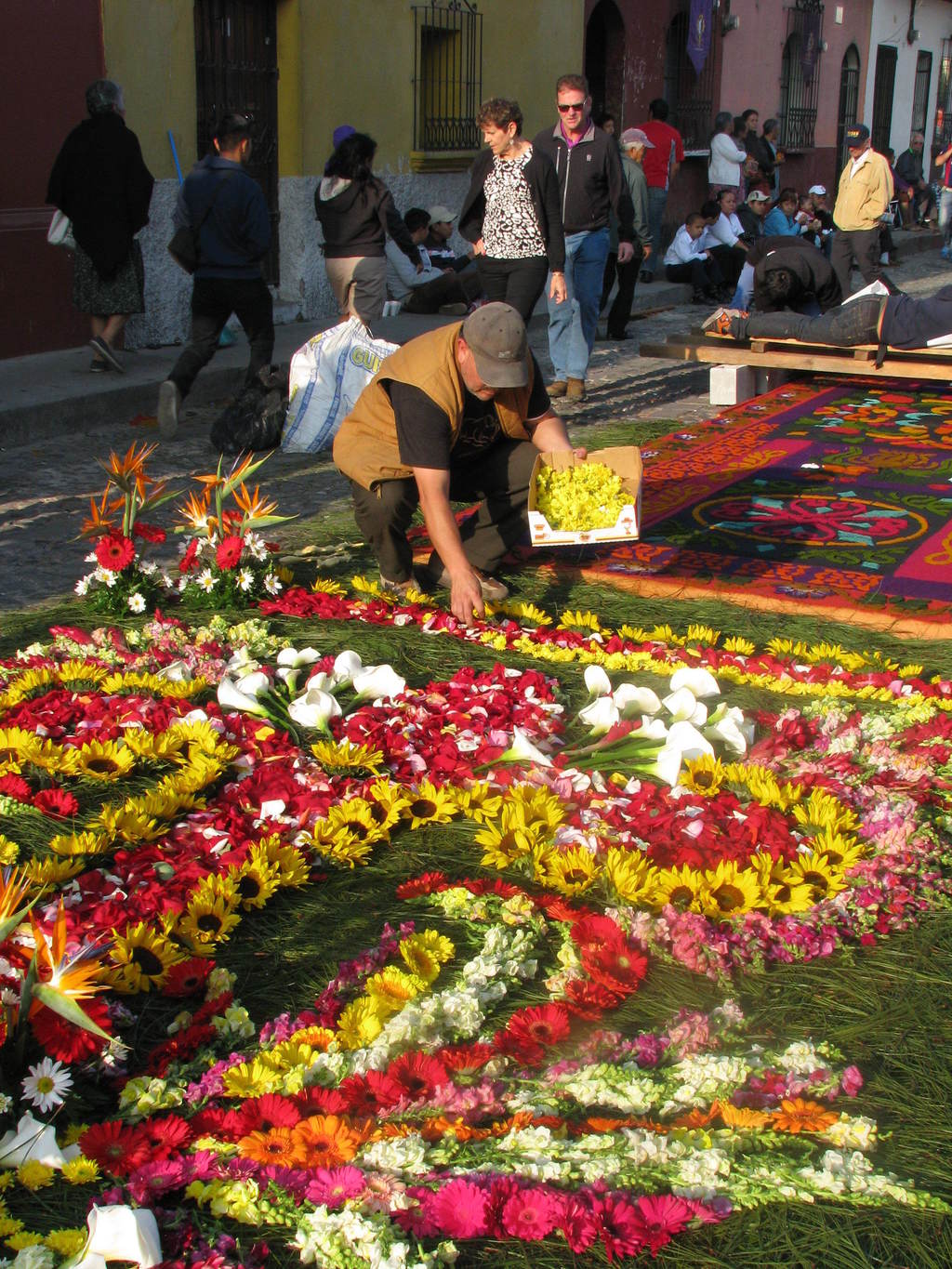 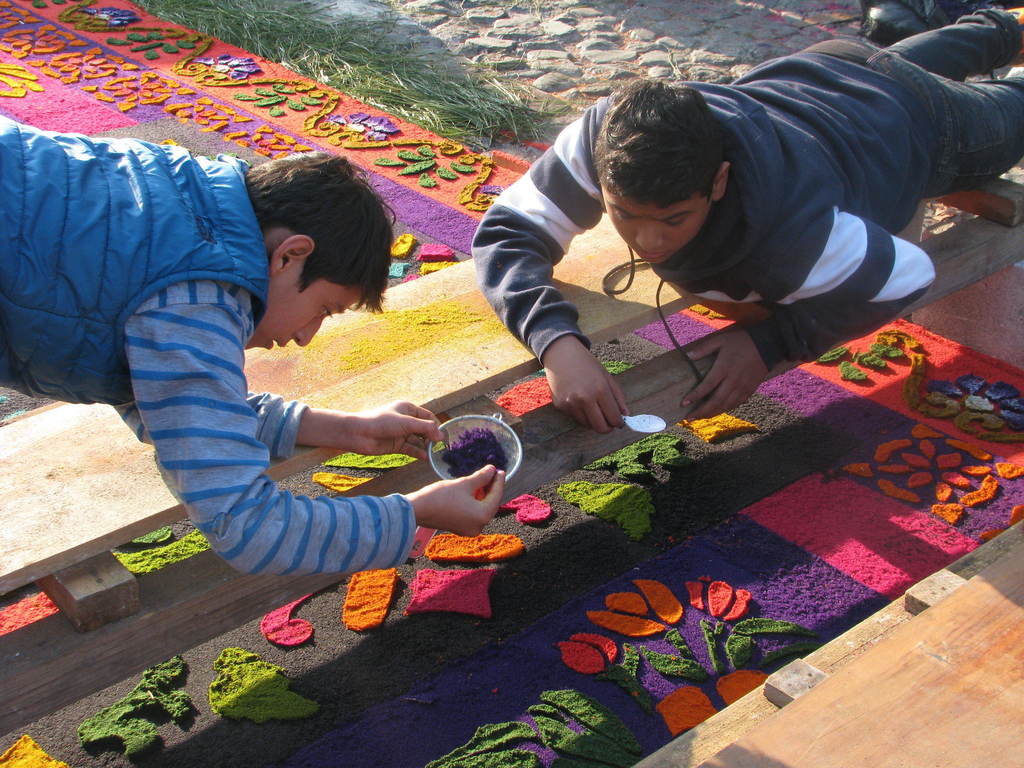 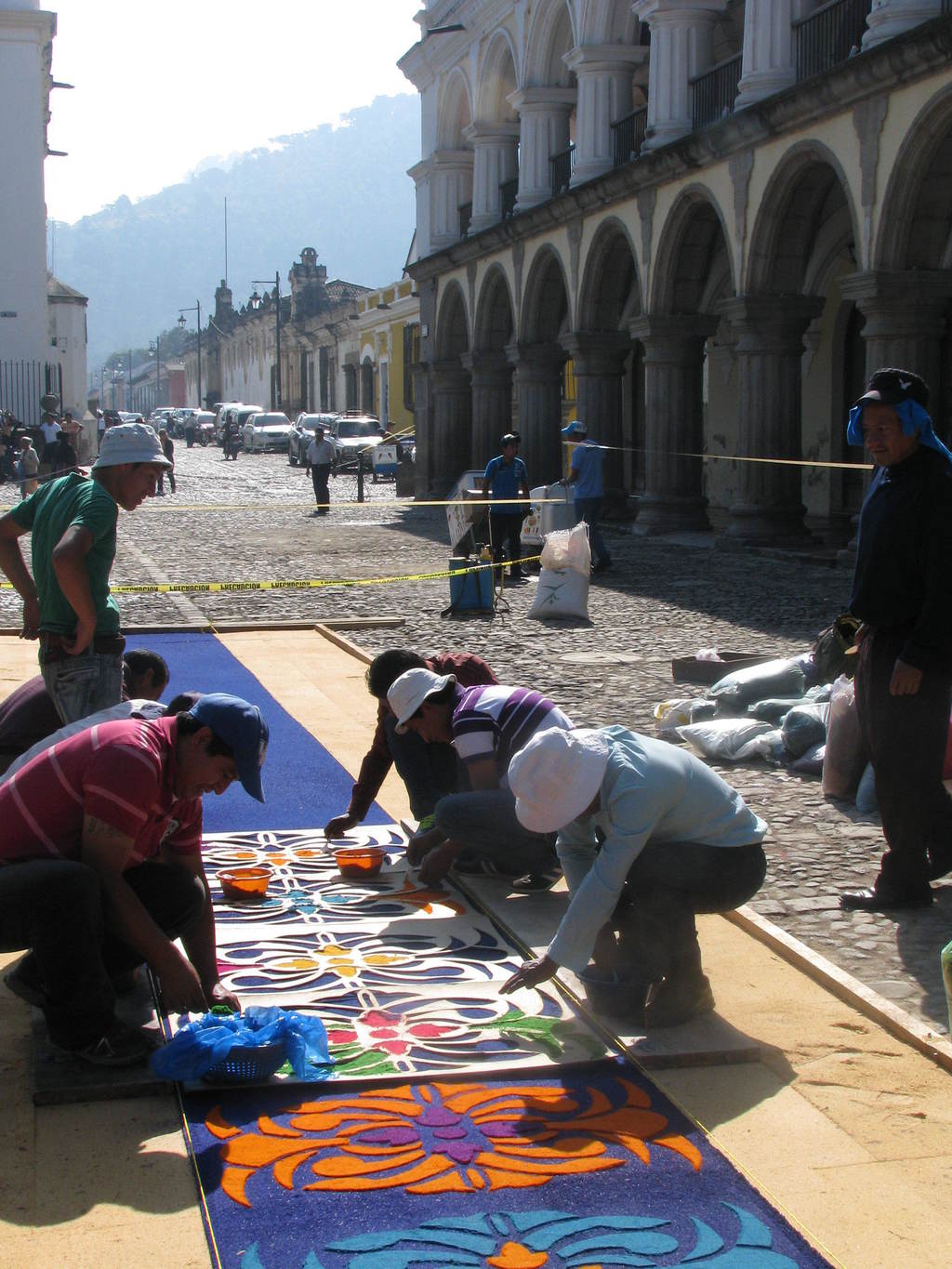 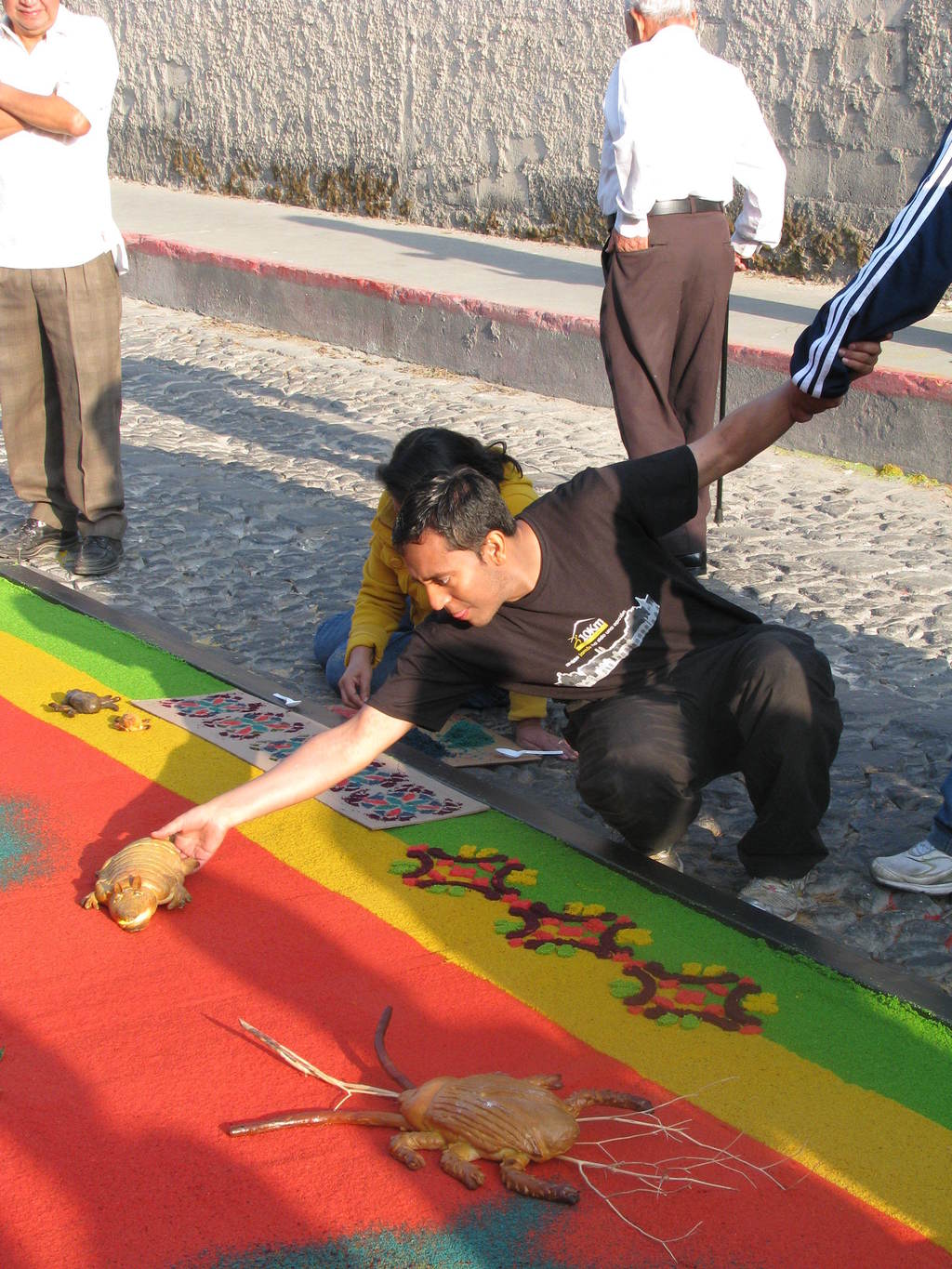 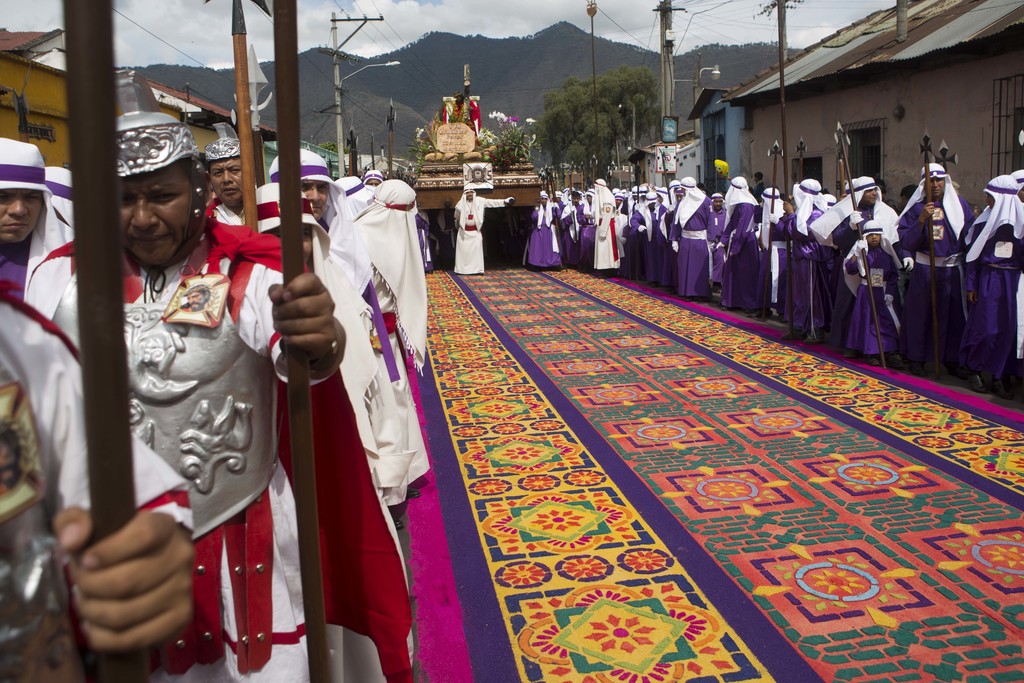 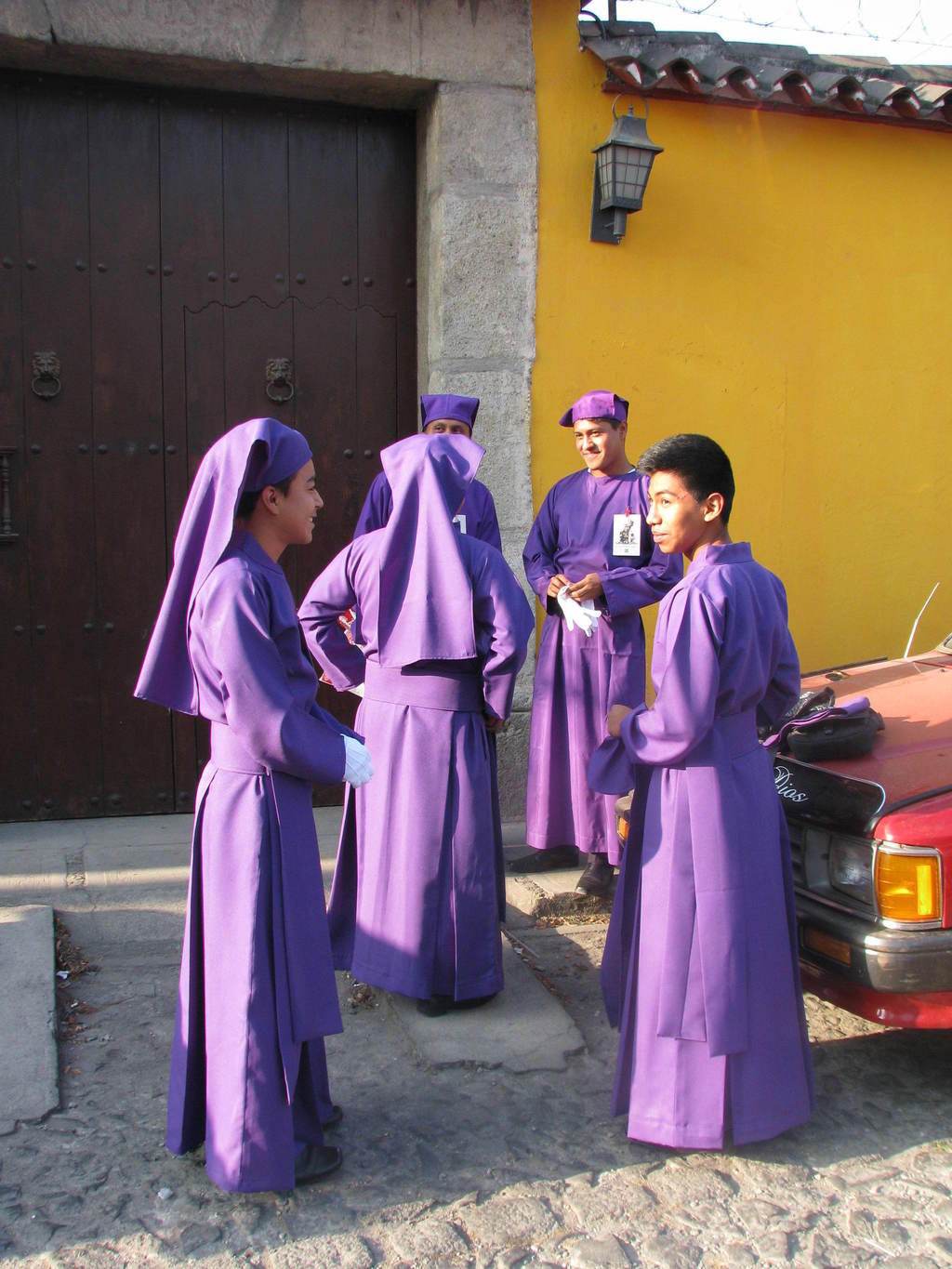 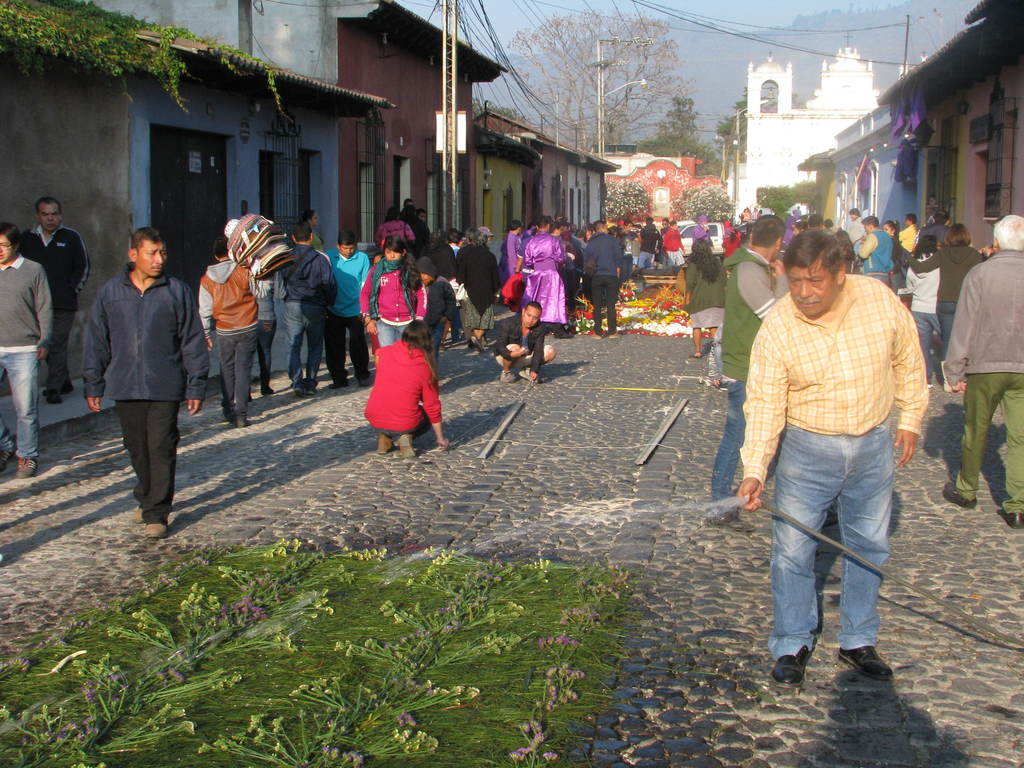 ANTIGUA GUATEMALA, Guatemala (AP) — The rising sun hasn't lit up the cobblestone streets of this colonial city yet, but people of all ages are busy covering them with brightly colored sawdust mosaics and carpets made of flowers and fruits.

Many have worked overnight on these elaborate masterpieces that will disappear in a couple of minutes under the feet of dozens of men carrying in procession a 3-ton religious float.

Whether shouldering massive sacred images or decorating the streets where they will pass, the people of Antigua Guatemala create one of the world's most dazzling and moving displays of Easter devotion.

That makes early spring an ideal time to visit this volcano-ringed city that looks remarkably as it did 500 years ago when it was the capital of Spain's Central American empire.

Easter festivities kick off the fifth Sunday of Lent - April 2 this year - with the first procession revering Jesus's passion. A group of 90 "cucuruchos," as the purple-robed and hooded volunteers are called, shoulders a block-long wooden float at the parish of San Bartolome Becerra at 6 a.m.

Every 100 meters (yards) on the 12-kilometer (7.5-mile) route, a new group will relieve the sweating, swaying men, until the antique sculpture of Jesus falling under the weight of the cross has made its way through the city center. There are approximately 9,000 carriers. Some are from Antigua but they also come from across Central America and even from the United States, with Guatemalans living elsewhere coming home for the celebration.

It will be 1 a.m. the next day before the last group deposits the float back at San Bartolome, said Hiram Salazar, spokesman for Hermandad de Jesus Nazareno de la Caida, the Catholic confraternity in charge of this procession first recorded in 1902.

As the float inches its way on top of the first green, yellow and red carpet, a hush comes over the crowd squeezed against whitewashed houses to let the cucuruchos walk through. Incense mixes with the fragrance of crushed tropical flowers and candlewax wafting from small chapels.

By Easter Sunday, these scenes are repeated as a dozen other processions carry sacred images past Antigua's crimson and gold single-story homes, arcaded palaces, tree-lined plazas, and monumental churches and convents like the canary yellow, sculpture-filled La Merced.

In the past few years, hundreds of thousands of visitors descended on Antigua for Easter festivities. But if you go early enough in the morning, the streets still belong to two teenagers perched on a wooden plank patting down violet sawdust or a man fashioning a large cross of red rose petals among a giant square of white calla lilies and pink snapdragon blossoms.

GETTING THERE: Guatemala City's international airport is less than 40 kilometers (25 miles) away. Stay in one of Antigua's colonial inns (like Hotel Casa del Parque) and explore the town on foot. Reservations are essential for Holy Week.