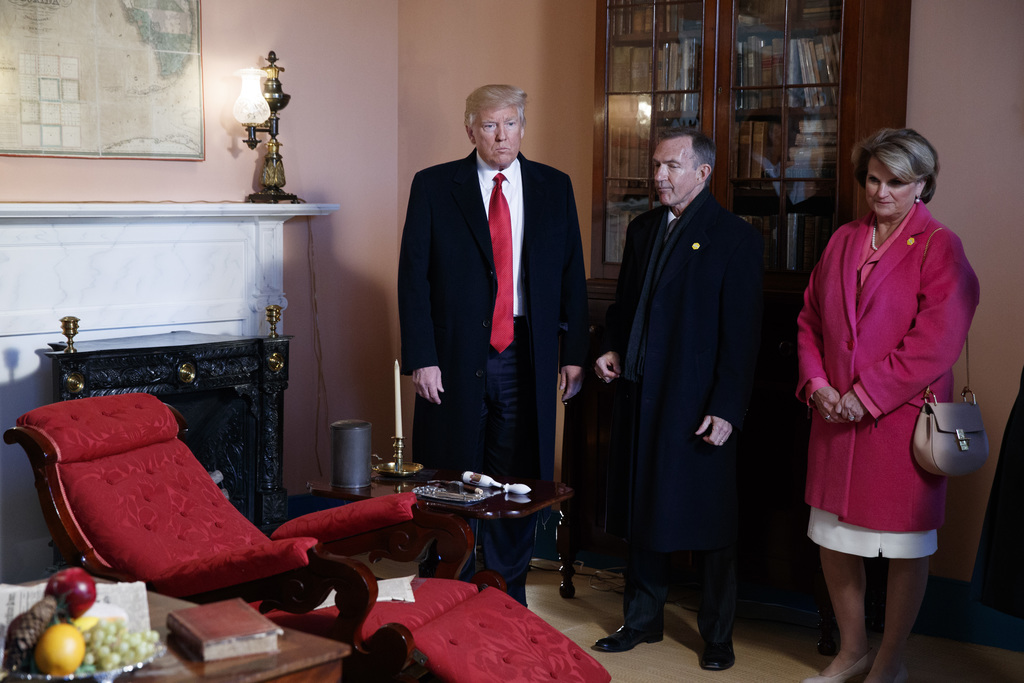 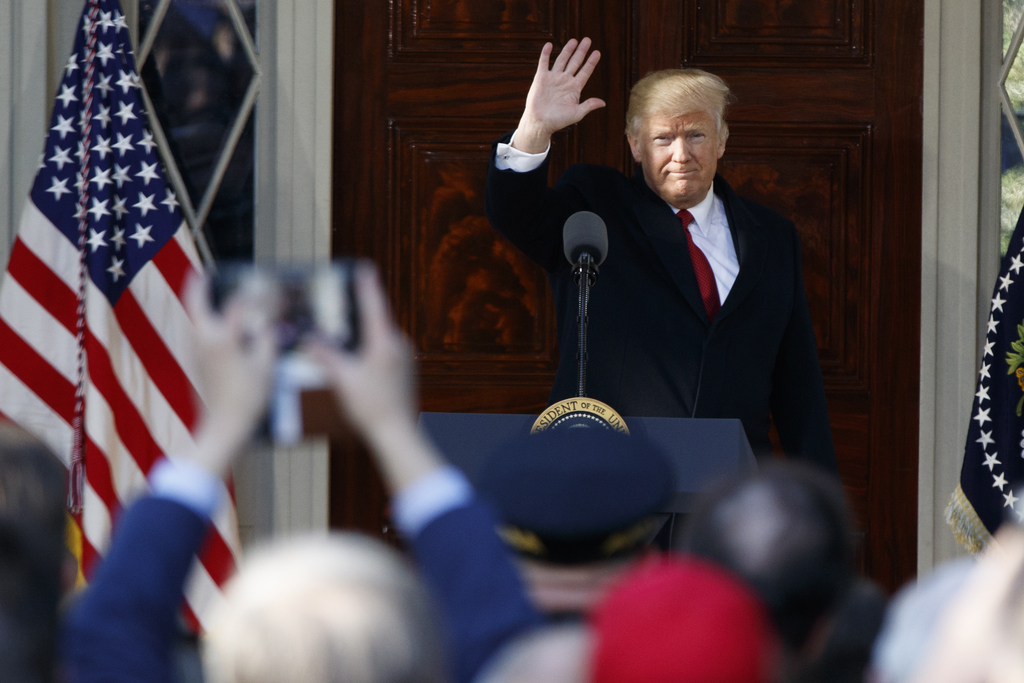 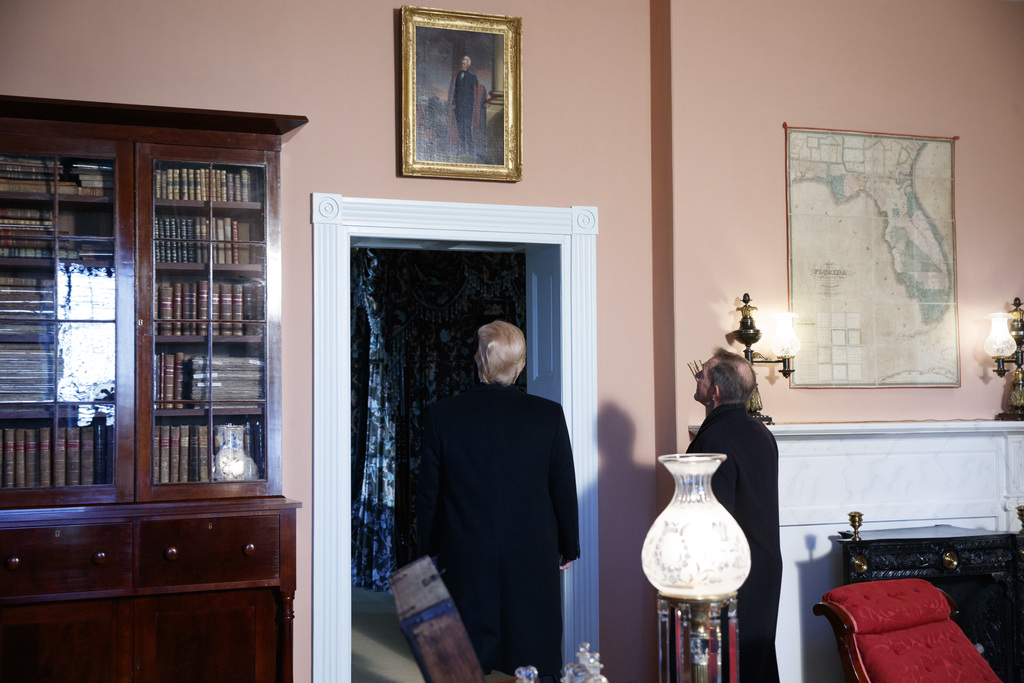 NASHVILLE, Tenn. (AP) — President Donald Trump is paying homage to a predecessor, Andrew Jackson, with the highest form of flattery. Trump says the nation's seventh president reminds him an awful lot of himself.

The president paid a visit Wednesday to The Hermitage — Jackson's Nashville home — to commemorate what would have been Jackson's 250th birthday.

Trump hailed Jackson as "one of our great presidents" and described some of their similarities. Trump's team has long seized on parallels between the current president and the Tennessee war hero, comparing Jackson's triumph in 1828 over President John Quincy Adams to Trump's victory over Hillary Clinton last year.

Trump described Jackson as a fellow outsider who pledged to represent the forgotten worker and took on the Washington establishment.

"It was during the revolution that Jackson first confronted and defied an arrogant elite," Trump said.

"Does that sound familiar to you?" he asked his crowd. "Oh, I know the feeling, Andrew."

Trump said Jackson's victory "shook the establishment like an earthquake" and talked about how he'd tried to sweep out government corruption, improve veterans' care and impose tariffs on foreign countries to protect American workers — all things Trump pledged to do during his campaign.

Trump spoke after taking a tour of the property, which included a stop at the home's library. There, the curator told Trump that Jackson subscribed to 16 newspapers and made notes on stories about which ones he liked and disliked.

On one editorial, he drew a big black "X'' to show his disapproval.

"We know that feeling," said Trump, who has been known to scrawl angry notes on reporters' stories with a black Sharpie and send the marked-up stories back to them.

Following a tour of the property the president placed a wreath at Jackson's tomb. He stood, saluting, as taps played.

Jackson has enjoyed a moment of resurgence thanks to Trump, who mused during his first days in Washington that "there hasn't been anything like this since Andrew Jackson" and hung a portrait of Jackson in the Oval Office after moving in.

Historians had been souring on the slave-owning president, whose Indian Removal Act of 1830 commissioned the forced removal of Native Americans from their ancestral homelands. More than 4,000 died during their journeys west.

Jackson's standing had fallen so much that that the U.S. Treasury opted to remove Jackson from the $20 bill.

But Howard Kittell, the President and CEO of the Hermitage mansion, said attendance at the museum has surged since the election.

"Jackson is probably getting more media attention now than when he was president," he said.