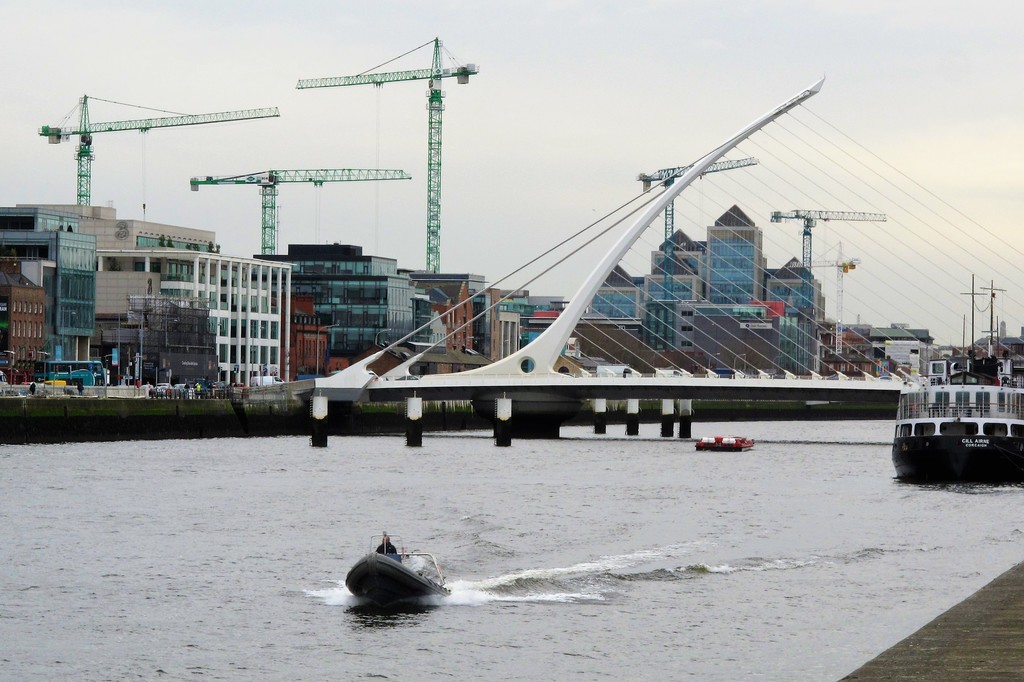 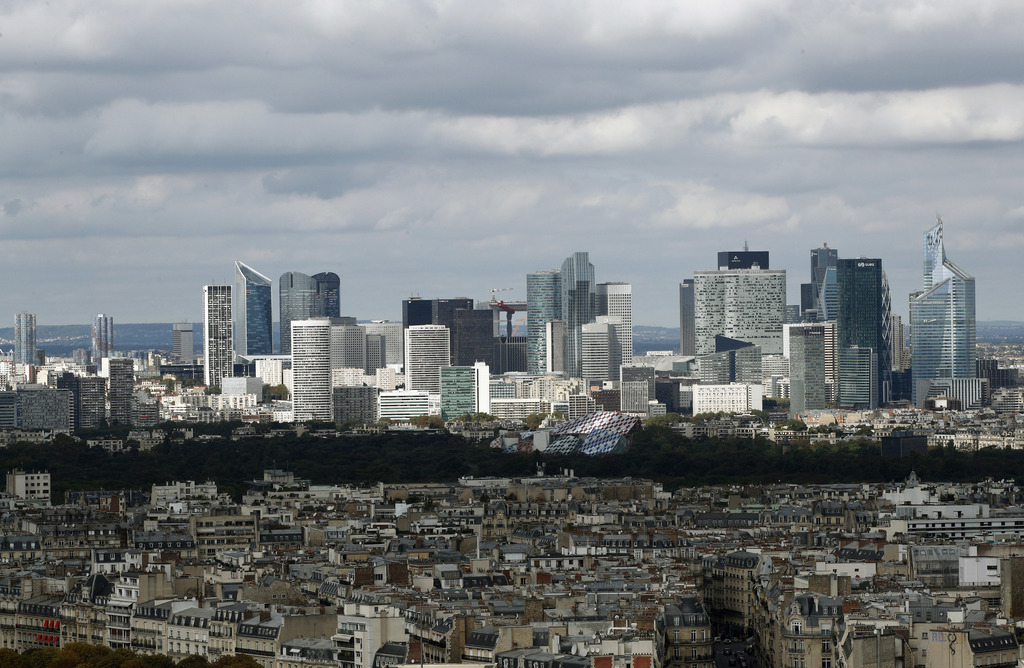 DUBLIN (AP) — Britain's plans to leave the European Union threaten to cause Ireland all kinds of economic and security headaches. But a silver lining is expanding daily along the crane-filled banks of the River Liffey, a likely post-Brexit refuge for British banking operations.

Dublin's financial district barely existed three decades ago but today stretches for nearly a mile on both banks of the river. More than 60 construction cranes are erecting future high-rise offices, hotels and apartments along the riverfront.

Britain's definitive exit from the EU may be at least two years away, but Dublin is doubling down on its commercial building revival, confident that thousands of financial services jobs are poised to migrate 290 miles (465 kilometers) northwest in search of a new EU home that's not too legally, linguistically or culturally different from London.

While similar sales pitches are being proffered from Luxembourg, France, Germany and other EU countries, Ireland considers itself best positioned. In Dublin, the dominant concern is whether there will be enough offices, homes and school space.

"Every one of these construction sites already has tenants booked through 2019. We'll need to build faster and higher if there's a hard Brexit as we now expect," said Shane Dempsey, spokesman for the Construction Industry Federation of Ireland , while observing the riverside panorama from Dublin's glass-fronted convention center.

Under a "hard" Brexit, Britain would leave the EU without retaining privileged access to the bloc's single market. Financial houses based in London that currently manage assets and investments throughout the union would need to transfer some operations, and potentially a sizable chunk of their work force, to retain business.

Those targets will have to be raised if London-based jobs come to Dublin. Among the companies already signaling their interest are Britain's second-largest bank, Barclays, and U.S. asset manager Legg Mason. The Central Bank says it's been fielding dozens of such overseas inquiries monthly, particularly from insurance companies .

Gesturing to swathes of decades-idle industrial waste ground north of the convention center, Dempsey says the challenge will be create living and working space in time.

Officials representing London's financial district, by many measures the world's biggest surpassing Wall Street, stress that their world is so vast and powerful that it can shrug off any job defections.

"London is a unique financial and regulatory professional services ecosystem. There is nothing like it anywhere else in Europe," said Miles Celic, chief executive of TheCityUK, a lobbying group that represents Britain's financial services industry.

Celic expressed confidence that the vast majority of 2.2 million British financial jobs, a third of which are in London, would adapt to whatever U.K.-EU relationship emerges .

A Brussels-based think tank, Bruegel, estimates that 35 percent of London's wholesale banking involves clients in other EU nations involving 1.8 trillion euros ($1.9 trillion) in euro-denominated assets — some 17 percent of the U.K. total under management — that might be obliged on regulatory grounds to exit Britain whenever an EU exit becomes reality. Traveling with them, Bruegel has calculated, could be 10 percent to 15 percent of British-based account managers and traders.

Financial services proponents in France and Germany, the nations at the core of EU power, are gearing up their own capacity to shelter City of London migrants.

At the La Defense financial center in Paris, construction is underway for seven more skyscrapers by 2021. Its boosters have placed subway ads in London suggesting that Paris might offer a nicer personal environment. "Tired of the fog? Try the frogs," reads one of them.

France has claimed an early scalp with news that HSBC, Britain's biggest bank, plans to relocate around 1,000 jobs from London to Paris by 2019. Arnaud de Bresson, managing director of Paris Europlace, the group promoting France's financial center, says he expects more firms to follow because Paris is "a city of big companies, both French and global, with a lot of activity on the markets."

Frankfurt, the German headquarters for the European Central Bank that oversees the euro, is planning its own expansion as it fields dozens of research visits monthly from U.S. and British banks. Officials for Goldman Sachs, Morgan Stanley and J.P. Morgan have been spotted scouting out potential office space in Frankfurt.

Whereas Ireland's infrastructural deficit is plain to see with traffic-clogged roads and scattershot public transport, France and Germany stress that they're better places to live than London.

"It's both a good place to work and a good place to raise a family in a safe environment," said Eric Menges, manager of the Frankfurt region's investment agency . "There are vineyards, golf courses and lush forests within 30 minutes of downtown Frankfurt."

But the large numbers of U.S. banks with fully licensed subsidiaries already rooted in Ireland gives the Irish an edge, sharpened by the country's EU-low 12.5 percent rate of tax on corporate profits. France and Germany, by contrast, levy rates of 30 percent to 33 percent .

Bank of America's director of corporate banking in Germany, Nikolaus Naerger, told a Frankfurt conference Tuesday that the bank's Dublin base represented its "emergency default option" for Europe in event of a hard Brexit. He said Bank of America arms in the Netherlands, Luxembourg, Spain and Germany also could gain assets and jobs.

Ireland, which until 1922 was part of the U.K., is seeking to win British hearts and minds one soiree at a time.

Representatives from dozens of British-based banks, investment managers and financial technology firms packed into the Irish Embassy in London last week to sample canapés, shots of whiskey and pints of stout, with a sales pitch on the side. Its message: We're staying in the EU and we're a lot like you.

"Ireland is in the same time zone. It has a very similar business culture, the same similar legal system, a very good, highly educated, flexible work force — many of the qualities that London has," said Ireland's ambassador to Britain, Dan Mulhall .

"We're not expecting that the whole of the City of London is going to move to Dublin by any means," he said. "But for those who need to find a location within the European Union for some of their activities post-Brexit, there is no better place than Ireland."

Associated Press reporters Gregory Katz and Jonathan Shenfield in London, Alex Turnbull in Paris and Christoph Noelting in Frankfurt contributed to this story.