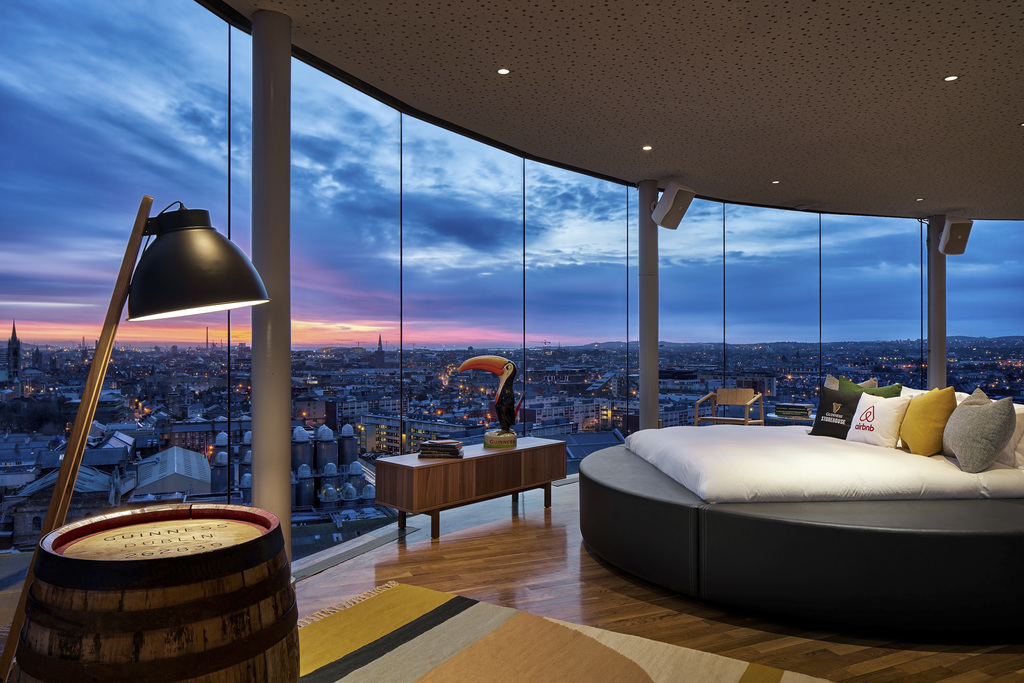 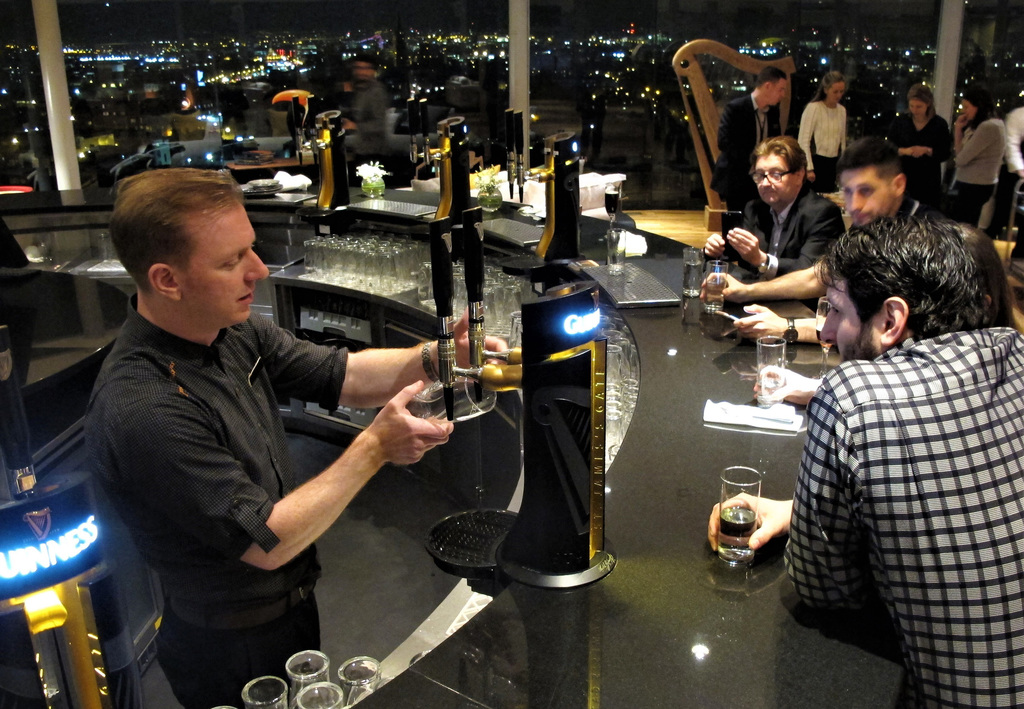 DUBLIN (AP) — Guinness is inviting its first sleepover guest in the Dublin brewery's 258-year history — by transforming its rooftop bar into a penthouse with the city's most panoramic view.

The maker of Ireland's ubiquitous stout announced Monday it's hosting the latest "Night At" event by Airbnb, which has staged one-night-only accommodations in an ever-growing menu of eccentric locales, including a shark tank, the top of an Olympic ski jump and a Transylvanian castle replete with coffin beds.

The successful Guinness contestant must describe online in 200 characters or fewer — or 300 characters in Chinese or Korean — why they're the world's biggest fan of the beer.

The prize for the winner and a guest includes flights to Dublin, a butler, a tour of brewery features off limits to visitors, a six-course meal overseen by Guinness' head chef, and an opportunity after breakfast the next day to help the senior brewmaster make a batch of the roasted barley-darkened drink.

The Associated Press received advance viewing of the bespoke apartment being created for the winner April 24 in the brewery's top-floor Gravity Bar, which features 360-degree views of Dublin via floor-to-ceiling glass panels. The bar, one of the highest points in Dublin's skyline, usually represents the pint-in-hand finish line for more than 1.6 million visitors annually to the Guinness Storehouse, Ireland's top tourist attraction.

Irish interior designer Graham O'Donnell, responsible for many of Ireland's most artistic pubs and hotel bars, was brought on board to convert the Gravity — normally a packed standing-room-only affair with little furniture besides barstools — into a VIP residence.

His creation features a round bed that looks like a creamy-topped pint of the black stuff, a branded pool table, a plush living room with TV, an antique telescope for examining Dublin in more detail, and an assortment of Guinness artifacts from brewery archives.

The butler won't permit any all-night partying, though. Beer taps must be disconnected at closing time, because the bar remains subject to Ireland's alcohol licensing laws.