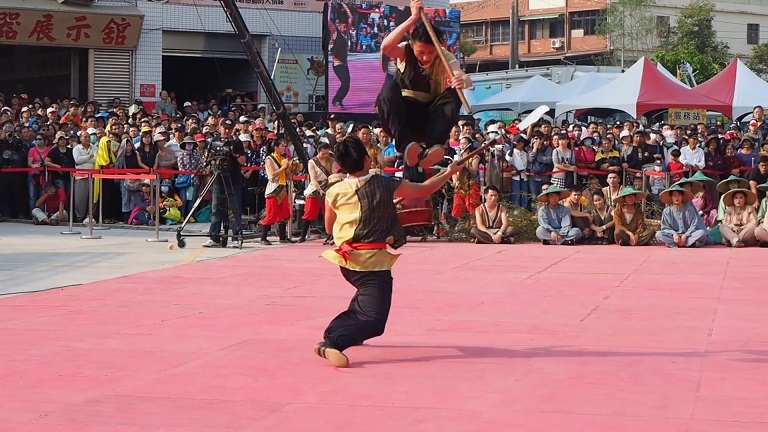 In the final intense round, after a week of grueling competition held at the Nanhaizizhu Temple (南海紫竹寺), the Tainan University team held off tough field of competitors to walk away as the champions of the Song-Jiang Battle Array tournament for the third consecutive time. Lunghwa University of Science and Technology took second place, while I-Shou University took third place. Da-Yeh University fused East and West with its athletes combining cheerleader attire and acrobatics with traditional kung fu weapons and forms. The Lunghwa University team told the story of the "Duck King," (鴨母王), Chu Yi-kuei, a legendary figure from Neimen who lead an uprising against the Manchus. Shih Chien University reenacted the story of Hua Mulan (花木蘭). The Song-Jiang Battle Array is named after a bandit who went by the name of Song Jiang (宋江) during the Song Dynasty, who had his men split into two teams to fight in mock battles. The duels were so effective in preparing the men for real battles, that it was adopted as a regular military exercise. During the Japanese colonial era, such military exercises were banned, and so it evolved into more of a performance-based format. When the KMT came to power, people were prohibited from wielding metal weapons in public, so the battles were converted into temple rituals. The battles, which today are only found at a few temples in Southern Taiwan, consist of teams of 108, 72, or 36 warriors carrying a wide arsenal of weapons performing kungfu, dance, lion dance, and drums. In recent years, the Kaohsiung City Government, in cooperation with local temples has organized events such as this competition to keep the ancient tradition alive, especially in the Neimen District, where it has been best preserved. Peaceful ending to the battle as Tainan University team member holds up a lotus flower.

The end of the tournament featured a bit of the old and young: a 94-year-old kung fu master, Ho Kuo-chao (何國昭), performing drunken style kung fu and a children's team doing a Song-Jiang Battle Array demo. 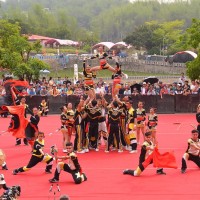 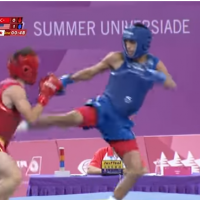 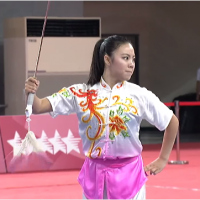 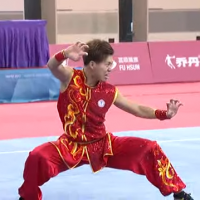 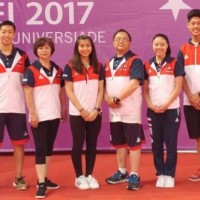